McFarlane
by Jay Cochran
July 17, 2018
We aren't really sure why Gamestop is listing this set as a Summer Convention exclusive when it's not listed to be released until October. There is no indication on the Gamestop or McFarlane websites that this will be made available early to those attending San Diego Comic Con later this week nor have we seen any other indications as to that. The set definetly however does appear to be a Gamestop exclusive as well as their upcoming 7" Stranger Things Barb figure and is currently up for pre-order on their website. We first saw this set debut at Toy Fair back in February and likely will be on display again in San Diego. The set features the four boys from Stanger Things in their Ghostbusters Halloween costumes as seen in season 2 of the Netflix series. The set includes the following: 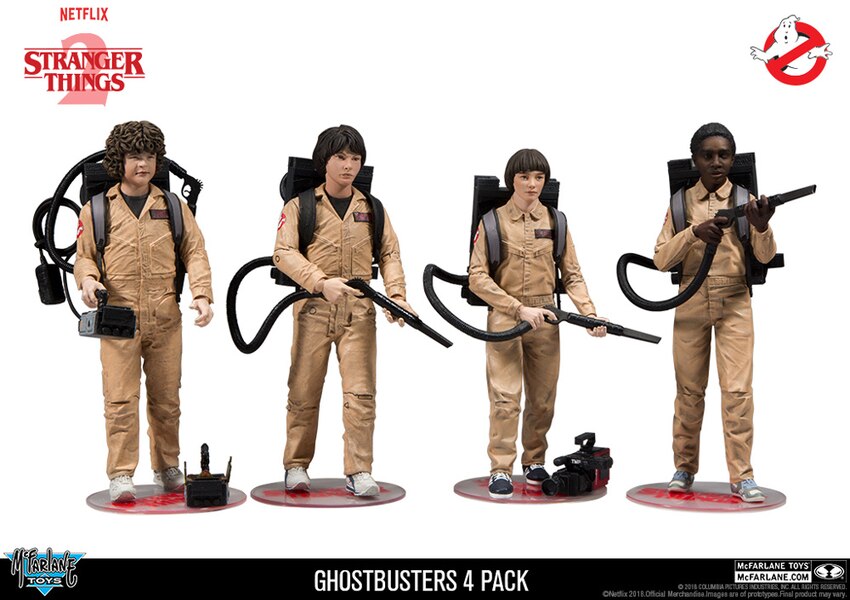 Ive not watched this show... But, I dig the love being thrown at Ghostbusters!