"The Fortnite brand has taken on global status and continues to grow each day. The game, with its sense of skill and irreverent fun, now has hundreds of character options to choose from, which is a tremendous blueprint for making any successful toy and action figure line,” said Todd McFarlane, CEO and Founder of McFarlane Toys.

"The developer's art team at Epic Games wants to bring that same attitude into the creation of their toys, and everyone here at McFarlane Toys will be doing all we can to bring Fortnite fans the very best products,” said McFarlane. “With such a deep and visually interesting library to choose from, I have no doubt that we will be able to showcase both current and 'classic' looks from the Fortnite franchise. After talking with some of the top creators at Epic Games, I’m delighted they are as stoked about our partnership to make cool toys as we are!"

Donald Mustard, Worldwide Creative Director of Epic Games commented: “We’ve been fans of Todd and McFarlane Toys for years and years, and it’s been a dream come true to have an opportunity to collaborate with them. I’ve seen some of the prototypes and they’re so sweet... I think players are just going to be blown away.”

Launching in Fall 2018, the collection will be available for purchase from mass retail stores.

Fortnite is the action building game from Epic Games that lets you drop into a massive 100-player PVP Battle Royale or team up with friends in a co-op campaign to Save The World against a horde of monsters. Craft and loot in giant worlds where no two games are ever the same. Fortnite™ Battle Royale is free and available on PC, Mac, PlayStation 4, Xbox One, iOS, and soon, Android.
Image 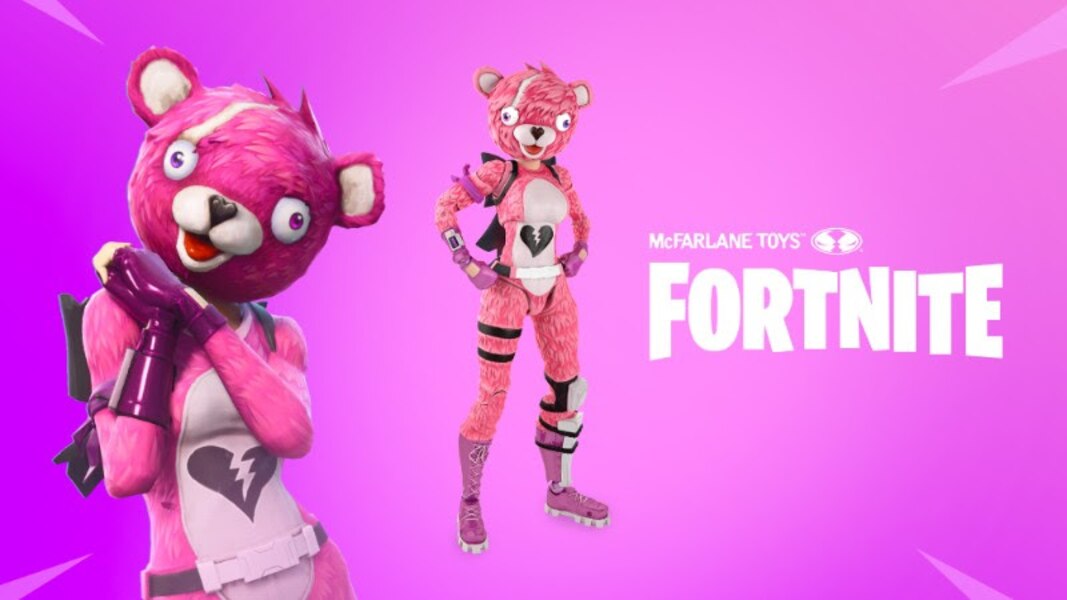 They should also makeFortnite Black Panther and Thanos skins too.

I've seen that skin before, I hope they make more Fortnite skins.

That would be awesome bro!

I've seen that skin before, I hope they make more Fortnite skins.

Nice! Ive never played Fortnite, but the character designs look like theyll transfer pretty well over to action figure form. Because its McFarlane though, I wouldnt expect too much in the way of articulation. More so figures borderlining statues. But, I dont have too big of a problem with that.