Is Todd McFarlane Teasing That A New Ninja Spawn Action Figure Is In The Works?!?

McFarlane
by Jay Cochran
January 26, 2020
If you caught our interview with Todd McFarlane earlier this month (and if you didn't what are you waiting for), then you already know that new articulated Spawn figures are coming from McFarlane Toys sometime this year.

Just the other day we told you how it looks like Spawn will be showing up in the McFarlane Toys 7" Mortal Kombat 11 series of action figures.

Now it looks like Todd may be teasing another new Spawn figure he has in the works with Ninja Spawn. Just the other day he posted this on Facebook:

Now it's possible this post was done more to promote Spawn 301, but the fact he references the old Ninja Spawn action figure makes us wonder if he isn't hinting to something more. Could Ninja Spawn be one of the new action figures he has planned to release in 2020??? Is that a version you want to see made? Let us know in the COMMENTS SECTION.
Image 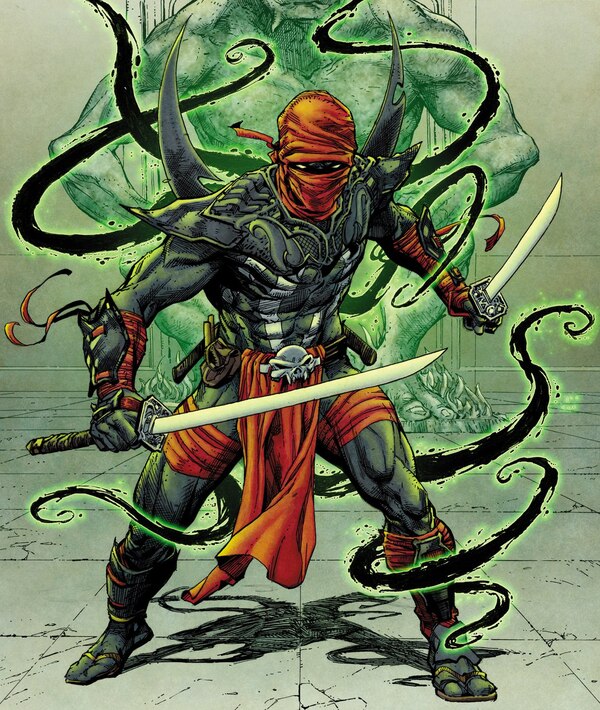 I Really hope we see a Spawn figure in this line, but I'd really only be interested if it was his classic look

I just think Mcfarlane is crazy for not giving us an entire Spawn line at this point, I need that in my life , new highly articulated spawn figures come on Todd

I would prefer the traditional Spawn look to be part of the Mortal Kombat video game and figure over the Ninja Spawn. That updated Ninja Spawn would be okay as a Gamestop exclusive by me, since I won't really be interested in the figure.

Totally onboard withSpawn, but I really want to see all new versions of the villains. Always loved McFarlanes demon designs and it would be awesome to see Violator and Malebolgia return in figure form.

I would guess he'll be giving the character his own one-off issue sometime soon, like he did with Mandarin Spawn.

It's possible, I think it would make for a pretty cool updated action figure with nice articulation. Can never go wrong with Ninja's

I would guess he'll be giving the character his own one-off issue sometime soon, like he did with Mandarin Spawn.