Todd McFarlane Says He Wants To Do A McFarlane Style Batman Figure - So Will He?

McFarlane
by Jay Cochran
May 06, 2020
Todd McFarlane recently posted on Instagram this image stating he wanted to do a Batman figure based on his own artwork, featuring the big cape.

Recently DC Direct did one of their Black And White statues bases on that look for the Dark Knight. 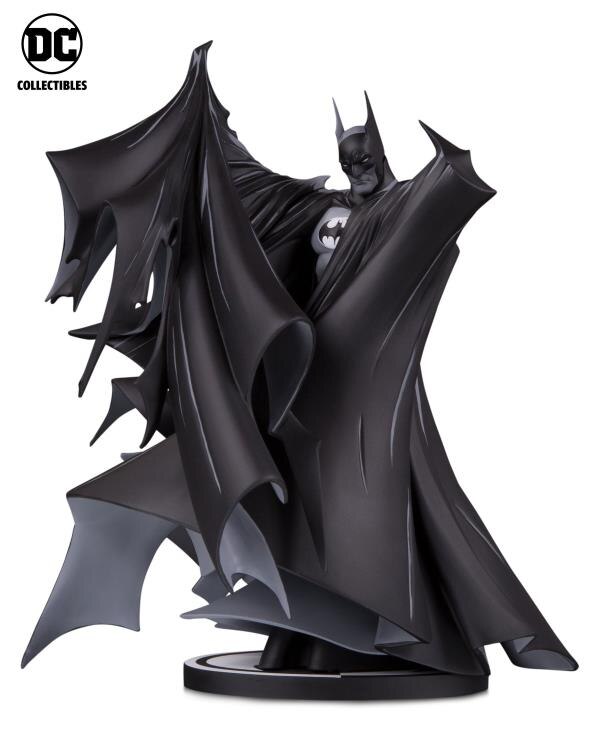 And of course Todd's own company McFarlane Toys now holds the rights for doing DC Comic based action figures with their 7" DC Multiverse line. So doing McFarlane art style action figures seems like a no brainier, especially for Batman which is the character the big box retailers seem most interested in seeing on their shelves.

Now if or when McFarlane ends up doing a McFarlane style Batman figure, the big question is how would they work the cape? When I first saw the cape being used on the Spawn Kickstarter action figure at Toy Fair back in February, my first thought was how that would be perfect for a McFarlane stye Batman figure. 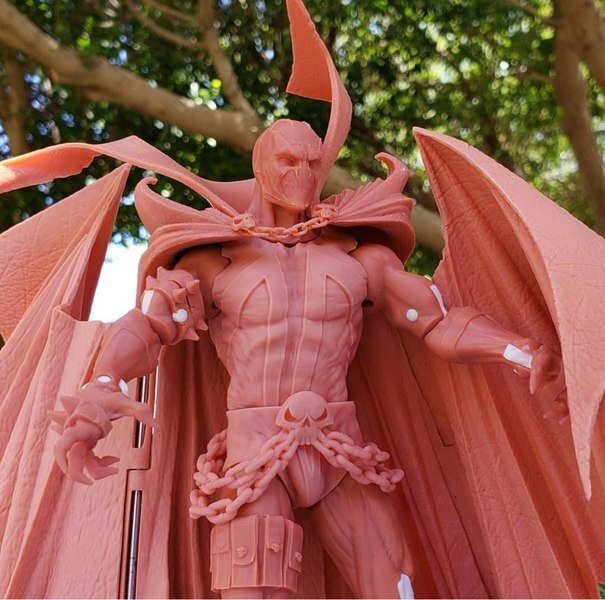 The cape is plastic with articulated hinge joints on it, so you can fold the ends of it in or outward. This will work great for some poses, but the down side for a cape of this type is that it will likely be heavy, making the figure more difficult to pose in certain positions.

Another option and perhaps the better one would be a soft-goods cape with wires in it. I've seen some companies try this with their figures, and it didn't seem to work so well. However this is a route Medicom seems to be going in with their MAFEX figures, and while I've yet to get any of those in-hand, based on images they seem to look pretty good. 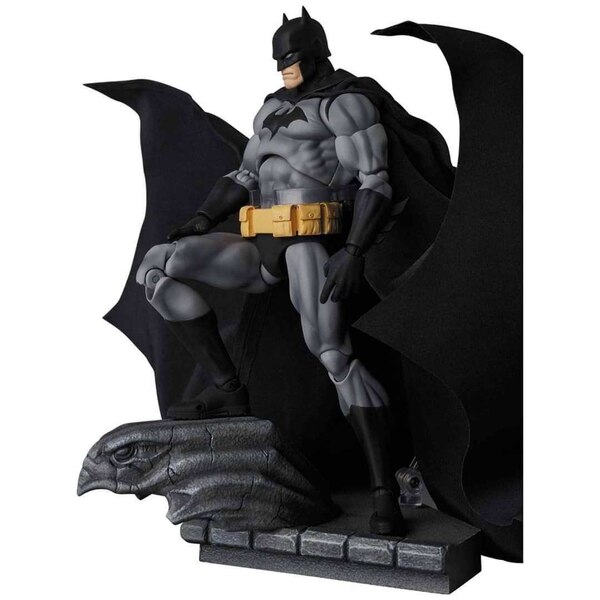 So let us know in the comments, do you want to see McFarlane art style DC Comic figures done for the Multiverse line, and how should they work the cape on characters like Batman?
Image 1 of 3 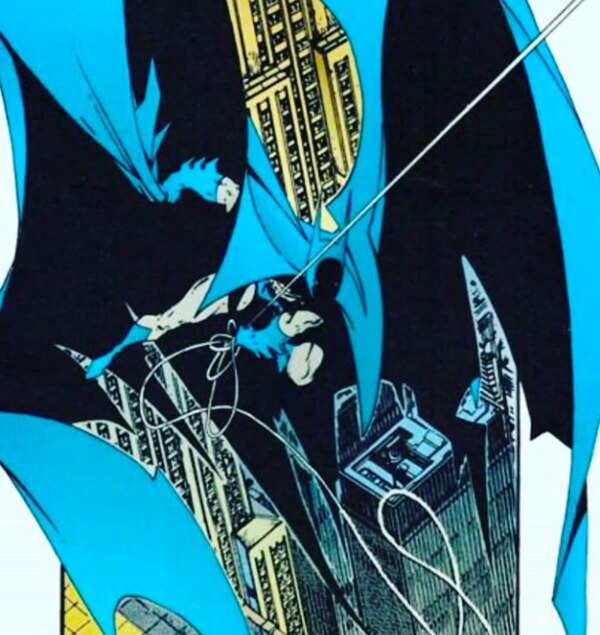 I wonder if McFarlanes license with DC would allow him to do DC figures via Kickstarter?  Typically these license agreements have specifics in them that limit what is permissible.

Considering how much money his Spawn figure did, I can only imagine a Batman in the same vein would crush.

If he does I think it would be interesting if he gave soft goods a go, since huge sculpted capes work good for statues, but not so much for action figures. The other route would be something like the Amazing Yamauchi Batman's cape, but that is kind of a messy cape.

It's painfully obvious the DC license isn't a big priority for MacFarlane. He just picked it up to improve his position in the mainstream and get him a little closer to reacquiring his lost relevance. Let's face it, even being indirectly affiliated with DC/Warners has probably done more for all Mac's Spawn passion projects than Fortnite ever could.

It's just to bad the license didn't end up with somebody that would give a crap.

That would sound fun and interesting for those who might like that style ?, for capes i wouldn't mind if they were either soft rubber? or soft-goods to make it better

Other than the crazy capes, I don't really see his Batman as all that distinctive. He wasn't really "THE Todd McFarlane" at that point. It looked a lot like standard John Byrne type artwork.... just with crazy capes sometimes. If he does make one, I hope it's way down the line after he's put out other much needed characters.

I'm all in on this. A McFarlane styled Batman would be awesome to have. I definitely see this as another Kickstarter or maybe a website exclusive of some sort. Hope if this gets made he'll be in the same 7 inch scale as the current McFarlane DC Multiverse line.

Hey, here's a wild and crazy idea, how about the Toddster gets off his butt and makes a DC character who isn't Batman or Superman related.

I think it's a safe bet that we're getting a Mcfarlane Style Batman but my question would be if he plans this to be a DC Multiverse Deluxe Release or something like an exclusive sold only thru Mcfarlane Toys.com. I want it either way. 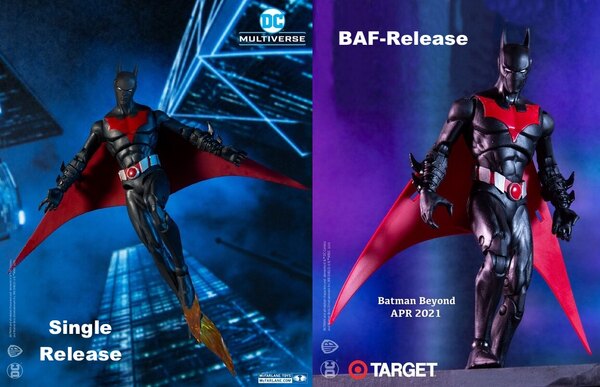 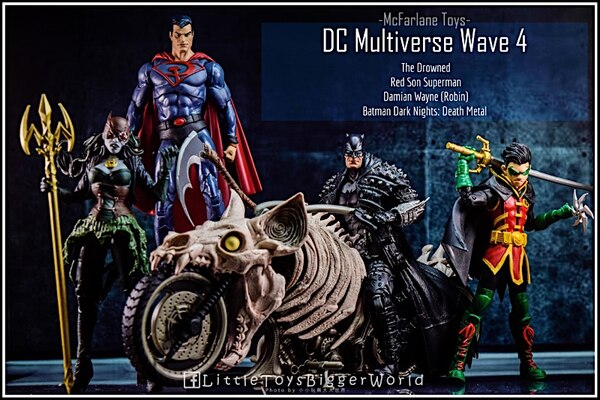 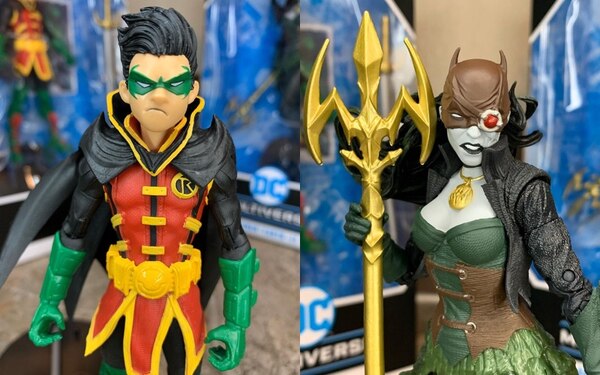