McFarlane
by Jay Cochran
October 01, 2020
McFarlane Toys has revealed a new one for their 7" Warhammer 40,000 line with the Adepta Sororitas Battle Sister figure. This version is being released under the Walmart exclusive Gold Label line which means there will likely be a regular release version announced at some point. A release date was not given and it's not clear if this will go up for pre-order at 2pm with other recently announced Walmart exclusives.

The Battle Sisters make up the vast majority of each of the Orders Militant, gunning down heretic, xenos and traitor alike with their holy trinity of weaponry – bolter, melta and flamer. They are the foot soldiers of the Emperor, his sword of defiance and his shield indomitable. Beneath their thundering bolters countless aliens, mutants, traitors and heretics have met their doom. Wherever they advance across the battlefield the light of the Emperor spreads like a holy dawn, manifesting in miracles that see the bolts and blasts of the enemy turned impossibly aside or the foe consumed by the fires of righteous retribution. Onwards the Battle Sisters march, their exultant prayers ringing out all the more stridently at these breathtaking proofs of the Emperor’s manifest divinity, and with every squeeze of their triggers they dispatch more of the unworthy abominations that dare stand against the Master of Mankind.

-Incredibly detailed 7” scale figures based off the Warhammer 40k Franchise
-Designed with Ultra Articulation with up to 22 moving parts for full range of posing
-This Sister of Battle dons the classic Black armor of the Order of Our Martyred Lady
-Includes a Bolter, a Chain Sword, and a base
-Figure is showcased in Warhammer McFarlane Gold Label Series themed window box packaging

UPDATE: The figure is available for pre-order now on Walmart.com.
Image 1 of 7 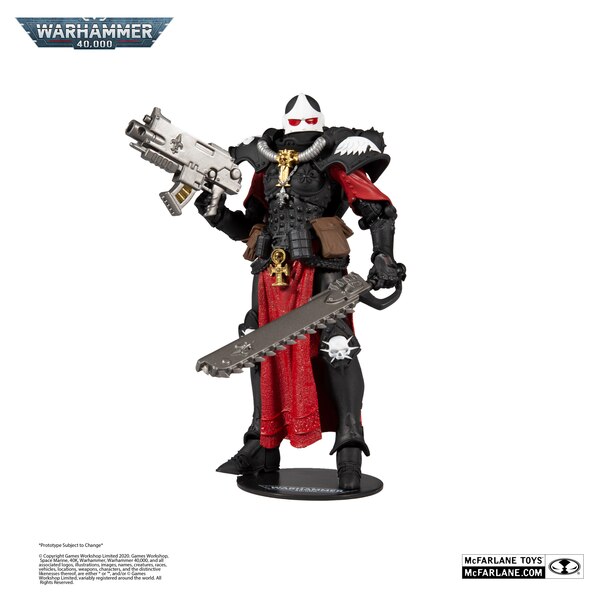 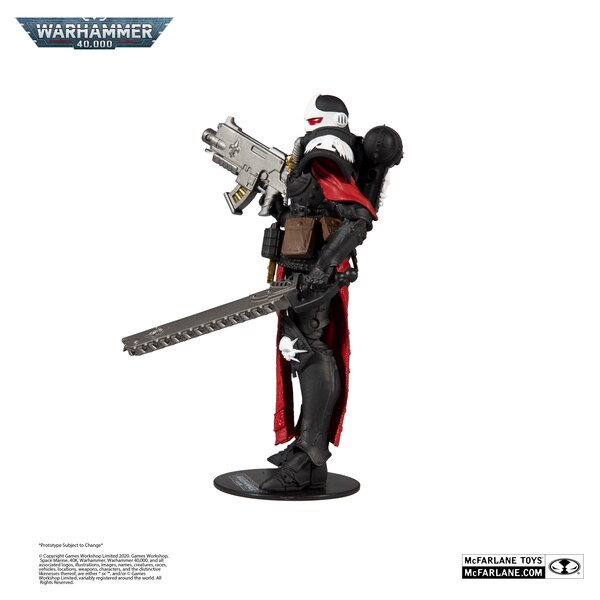 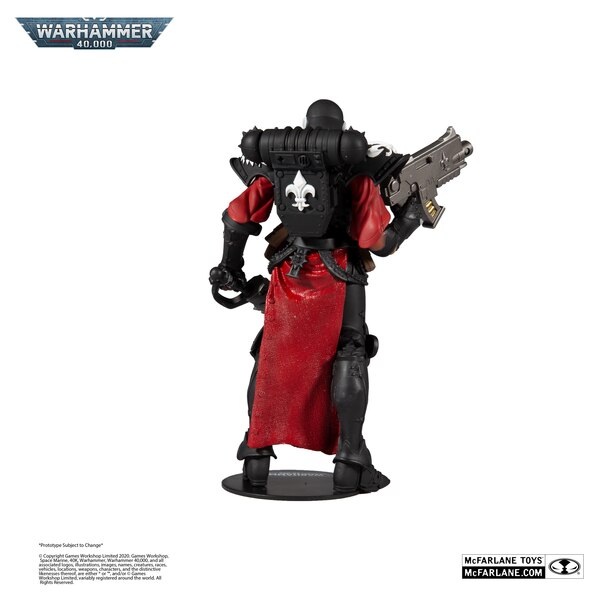 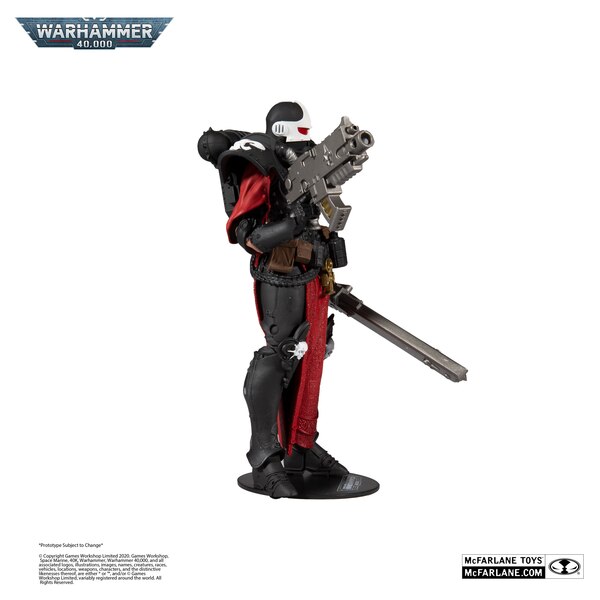 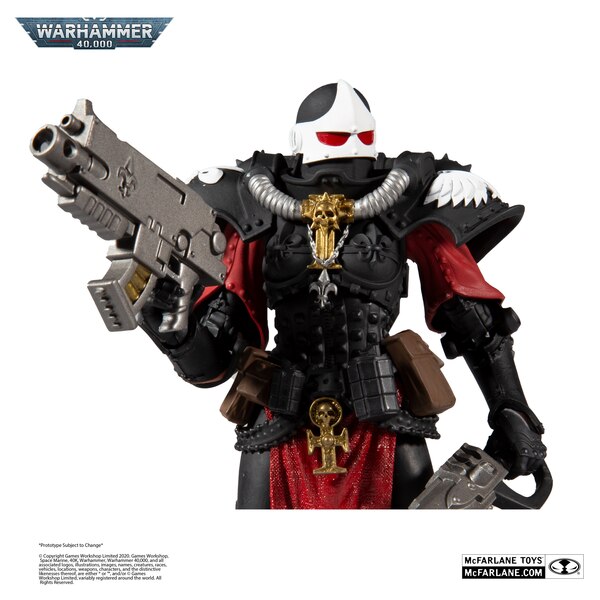 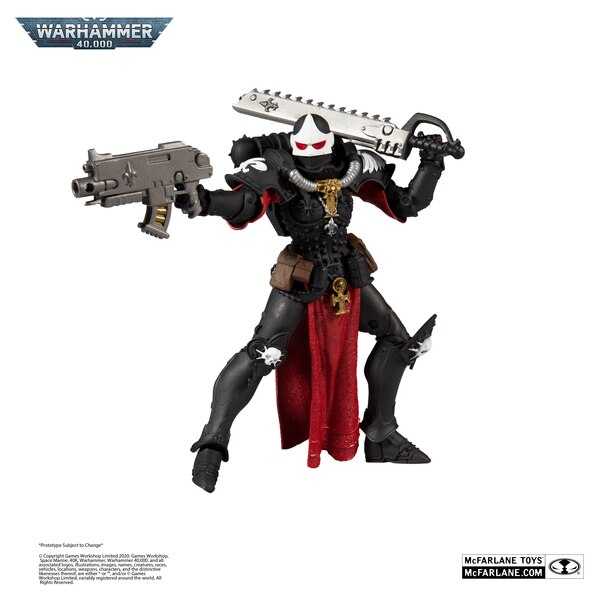 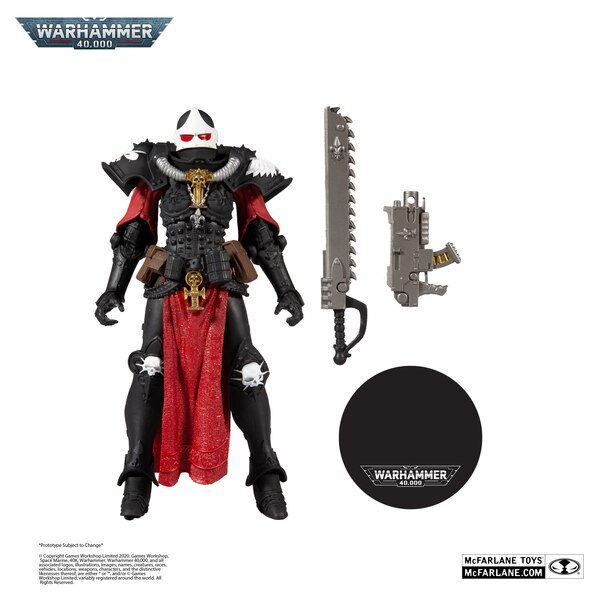 actually according to Game-workshop own site , she isn't exclusive to Walmart only the paint it yourself necron is . you will be able to get the first wave and her direct from the GW site too https://www.warhammer-community.com/2020/10/01/mcfarlane-toys-warhammer-40000-action-figures-wave-2/?utm_source=Facebook&utm_medium=Facebook&utm_campaign=40kMcFarlane1Oct2020&utm_content=40kMcFarlane1Oct2020&fbclid=IwAR1uraGRlpsGxoHzIkFN8_UZrPxtP2bSza-Z7S7QPyM56oXJG1ChxhBhp1I

If its Gold Label which was clearly stated in the description of the figure, here in the US at least that means its a Walmart exclusive. According to Todd McFarlane anyway. My guess Warhammer-Community has no idea and wouldn't know the difference of a Gold Label figure from any other. McFarlane the company isn't very clear with their info and so you have to kind of piece these things together.

I won't say it's impossible McFarlane mis-labeled it a Gold Label figure in the description, but right now Walmart is the only place taking pre-orders for it so I am gonna stick with the Walmart exclusive for now.

Great, but I won't get her since she's a gold label.

actually according to Game-workshop own site , she isn't exclusive to Walmart only the paint it yourself necron is . you will be able to get the first wave and her direct from the GW site too https://www.warhammer-community.com/2020/10/01/mcfarlane-toys-warhammer-40000-action-figures-wave-2/?utm_source=Facebook&utm_medium=Facebook&utm_campaign=40kMcFarlane1Oct2020&utm_content=40kMcFarlane1Oct2020&fbclid=IwAR1uraGRlpsGxoHzIkFN8_UZrPxtP2bSza-Z7S7QPyM56oXJG1ChxhBhp1I

I'm still trying to decide if I want to get the Warhammer figures. They look great but I don't know if I want to start collecting another line.

This is turning out to be a really cool line. I hope Mcfarlane does some warhammer fantasy figures as well.