McFarlane
by Jay Cochran
June 02, 2021
We saw listings for these pop up overseas months ago, but now we have our first official images for the DC Multiverse 7" figures from McFarlane Toys based on the upcoming James Gunn The Suicide Squad Movie. Besides the image is a recap of the figures we know are coming for the movie. I assume the King Shark shown in this image is the Build-A-Figure version that is part of the wave and not the Gold Label stand-alone version that will be released as a Walmart exclusive here in the US. Also not shown are the unmasked variant figures for Bloodsport and Peace Maker. 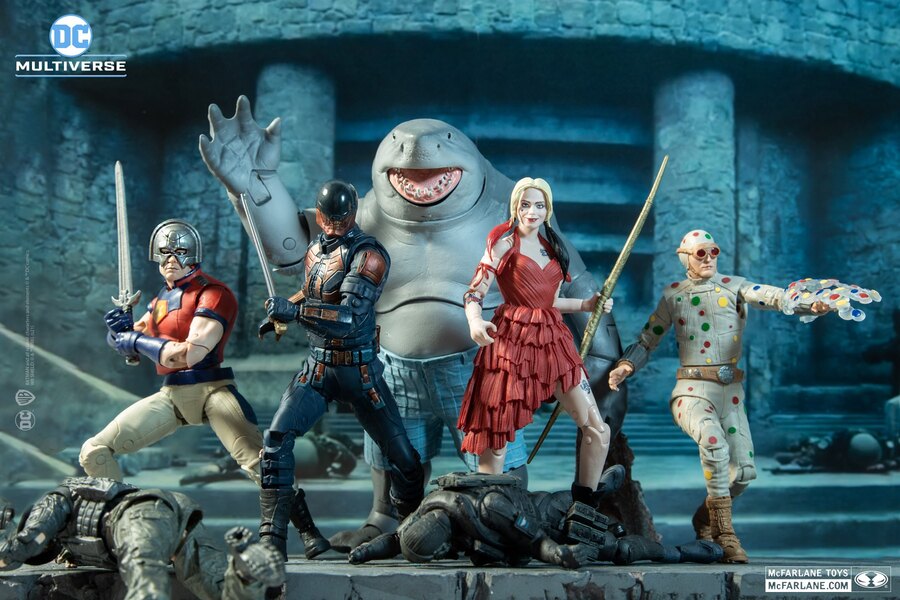 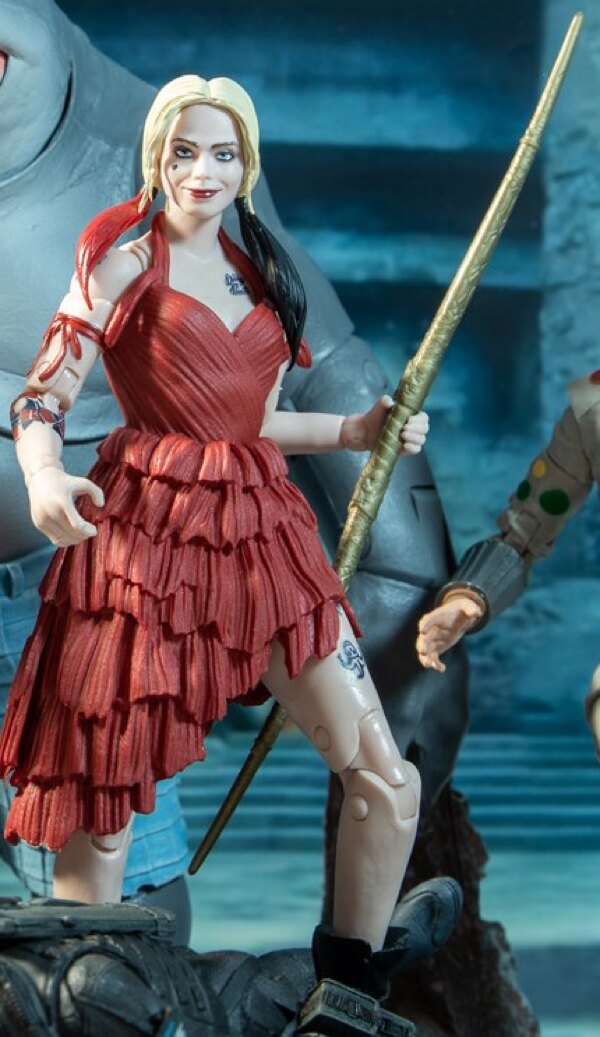 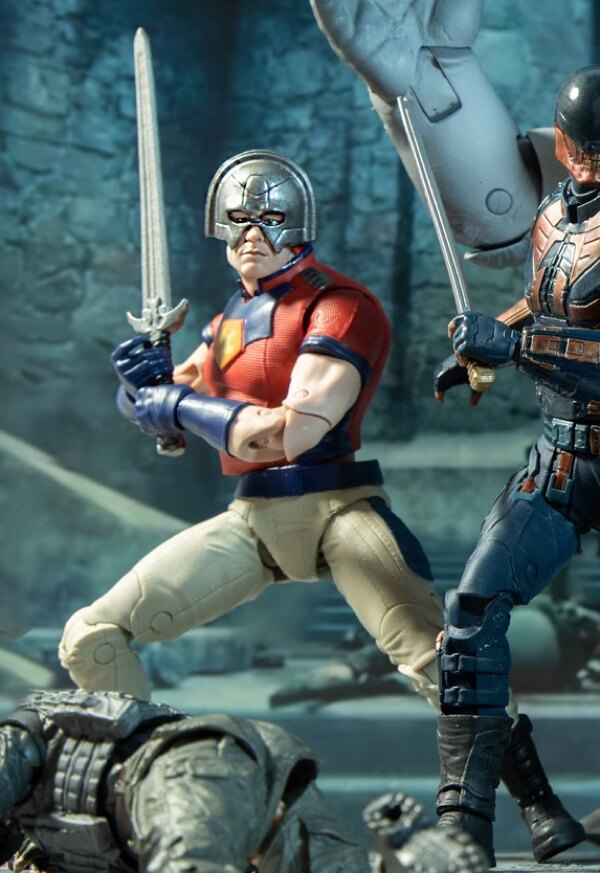 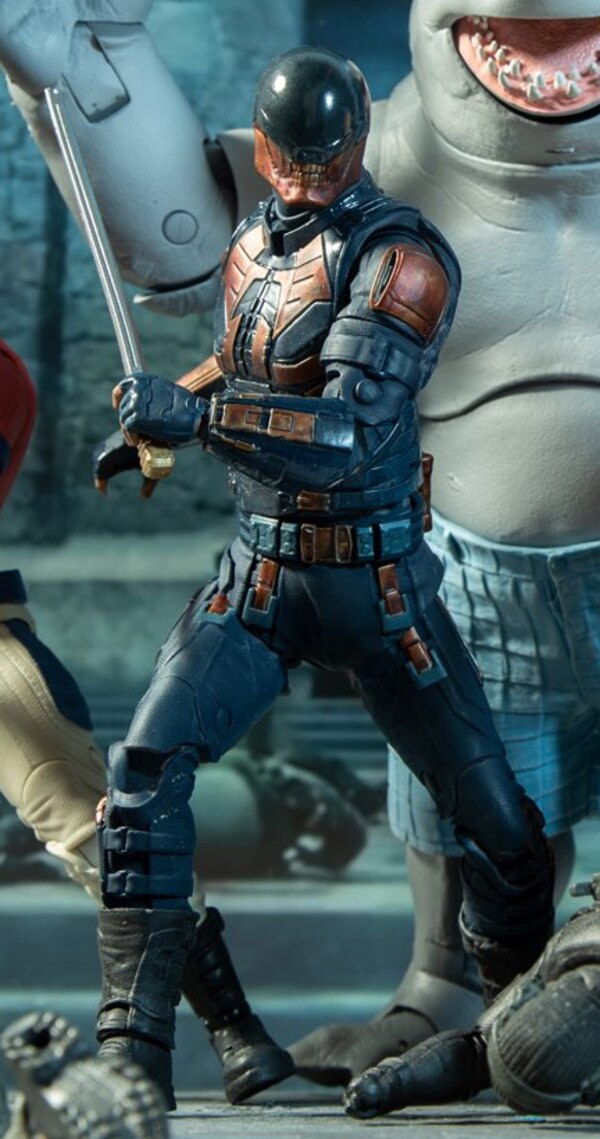 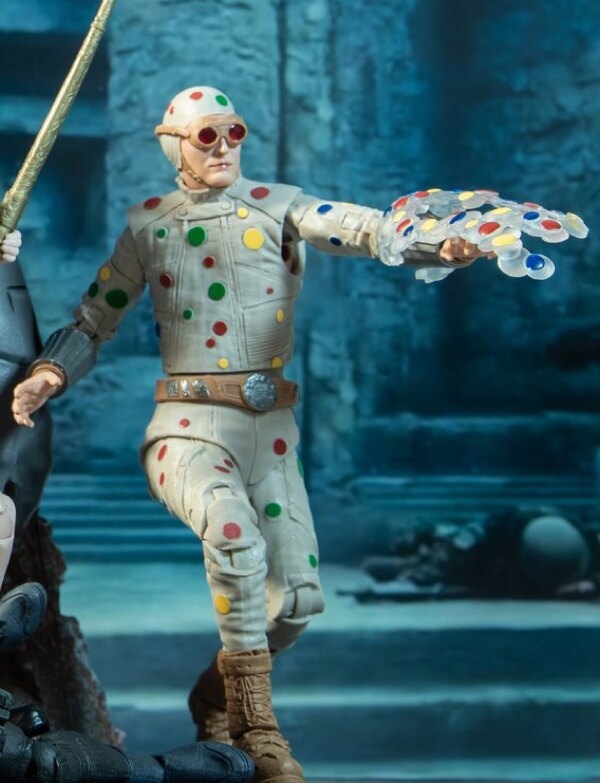 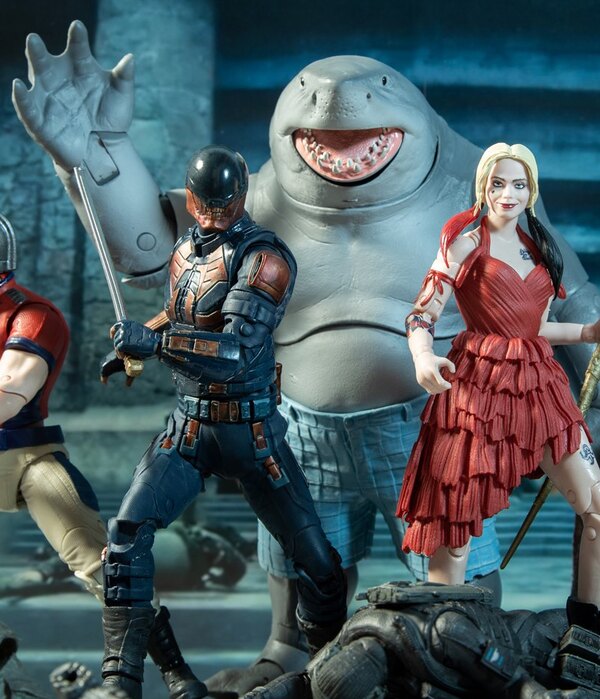 The white repaint makes sense since Azrael is a templar.

The white repaint makes sense since Azrael is a templar. Normally I don't buy the variants but in this case, the white version appeals to me more than the red version.

I have always liked Templars so this repaint is looking very good to me.

A templar Azrael....ok McFarlane i thought I was immune to to your dozens of repaintsbut this one got me. Very cool figure.

These appear to be of better quality likeness-wise than the horrible Snyder Cut figs. Those looked nothing like the actors, but these distant shots appear to look good. Will have to see higher quality close-ups to know for sure, but those JL figs were easy to throw out no matter how far they were from the camera. Harley's knees look horrible, but so do most of the knees in this line. Not sure why he can't do the knees like Fortnite 6" or Marvel Legends. Those look great, but it's like the knee cap/joint is all wrong and it makes all of the figs look like robots.

Maybe its just the angle of the photo but I have to agree with you. Harleys knees look rough. Looks like she broke her leg or dislocated her knee.

Wow, the colors and design remind me of X-men's Silver Samurai

This Azrael looks cool but i'll stick with the 2020 version in red.

JayC - 2021-06-08 @ 8:46 am
We first told you about this one coming back in February, and now shown below via overseas etailer F&J Toy Collectibles are the official images for the DC Multiverse 7" Azrael White Templar Gold Label figure from McFarlane Toys. The figure is a repaint of the previous Azrael figure they released in the line and being part of the Gold Label line makes it a Walmart exclusive here in the US.
elongatedman - 2021-06-04 @ 12:33 am

this will be my first full wave from mcfarlane

Could not select database: MySQL server has gone away