Video Game Figures
by Jay Cochran
February 25, 2013
Two masters of combat stare each other down...suddenly, they launch into an attack, splitting atoms as their strikes connect! Pop Culture Shock Collectibles is proud to depict the famous scene of Gouken vs Akuma as it’s next diorama offering. As a companion piece, a variant of featuring light-up energy effect will also be available for those lucky enough to snag it.

"There are a couple vivid moments in Street Fighter lore that really stick in the mind’s of fans." stated Jerry Macaluso, President and Founder of Pop Culture Shock Collectibles. "This battle between Ken and Ryu’s sensei and the demon Akuma is arguably the best of those moments. The whole idea of Brother versus Brother creates huge drama and stakes.”

This museum quality polystone diorama stands 16.5” tall and includes incredible sculpted detail and a signed certificate of authenticity. With a price of $330 USD, and a limited run of 300 pcs, this piece will follow other PCSC and sell-out quickly. Shipping is expected in August/ September 2013.

The light-up variant sports the same specs as the above, with a limited run of 200 pcs, and features illuminated “energy” feature that simulates these two titans colliding. Price is $350 USD.

Both items are available ONLY via PCSC’s Direct-to-collector service! 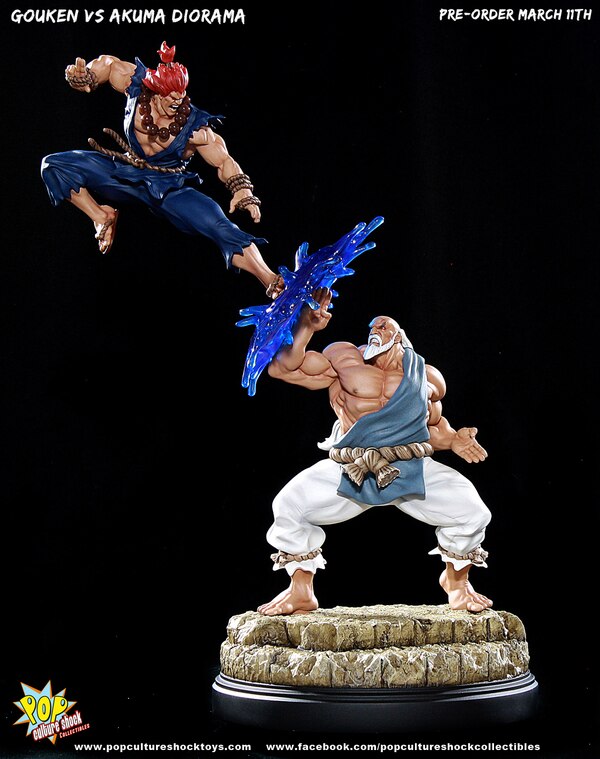 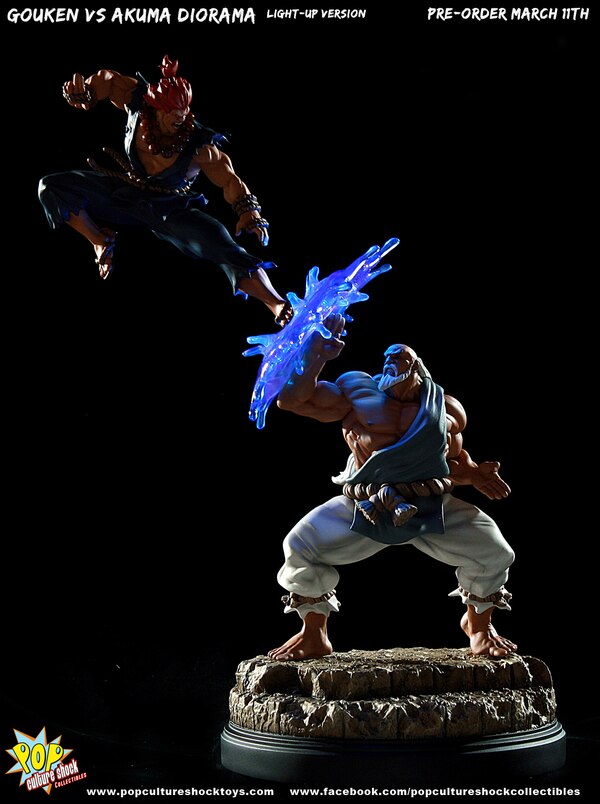