Tali arrived in the first Mass Effect game after being rescued by Commander Shepard and his team, and subsequently joining the crew on The Normandy as a valuable source of technological knowledge. In our representation of Tali, she stands 19 inches tall, and is portrayed in her instantly recognisable enviro-suit and mask and wielding the Arc Pistol.

There is also a more limited exclusive variant of the statue only available on Gaming Heads. This special edition allows the Arc Pistol to be replaced with The Scorpion Pistol. 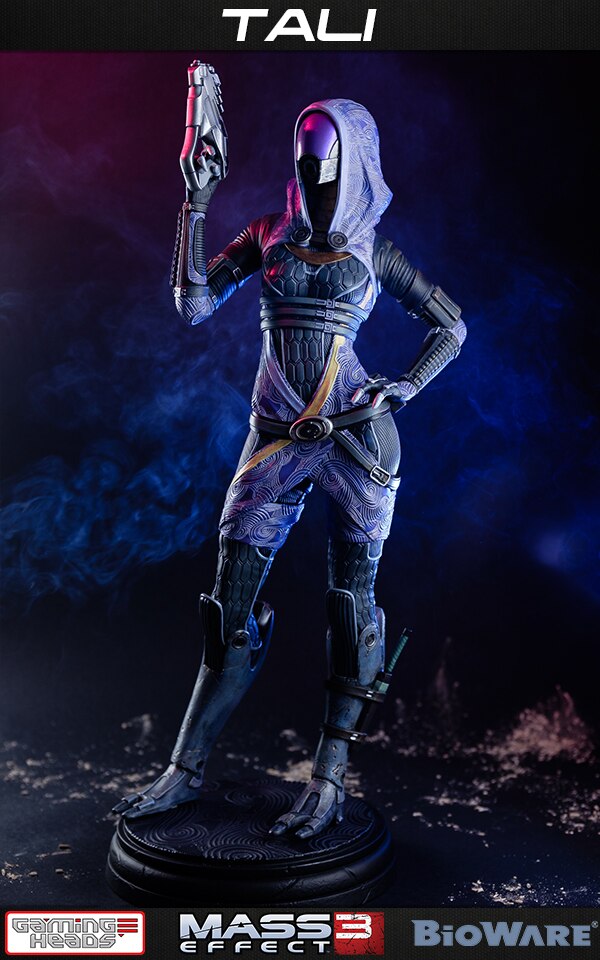 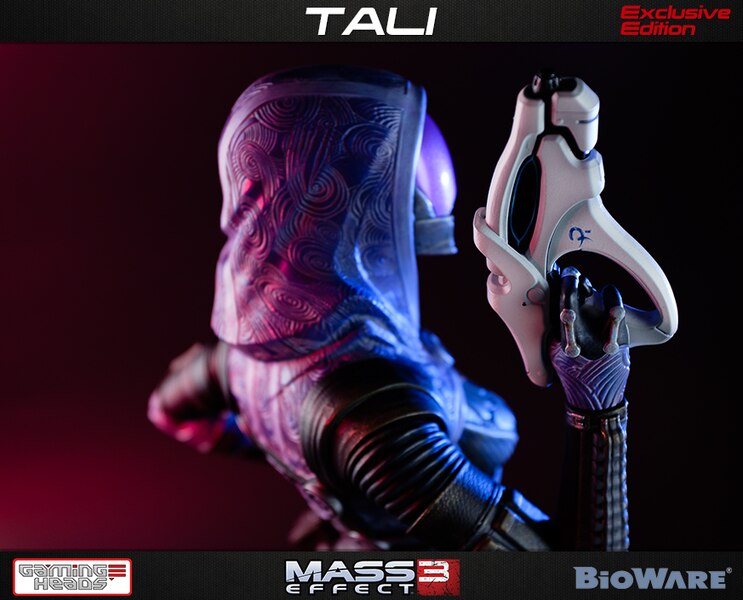 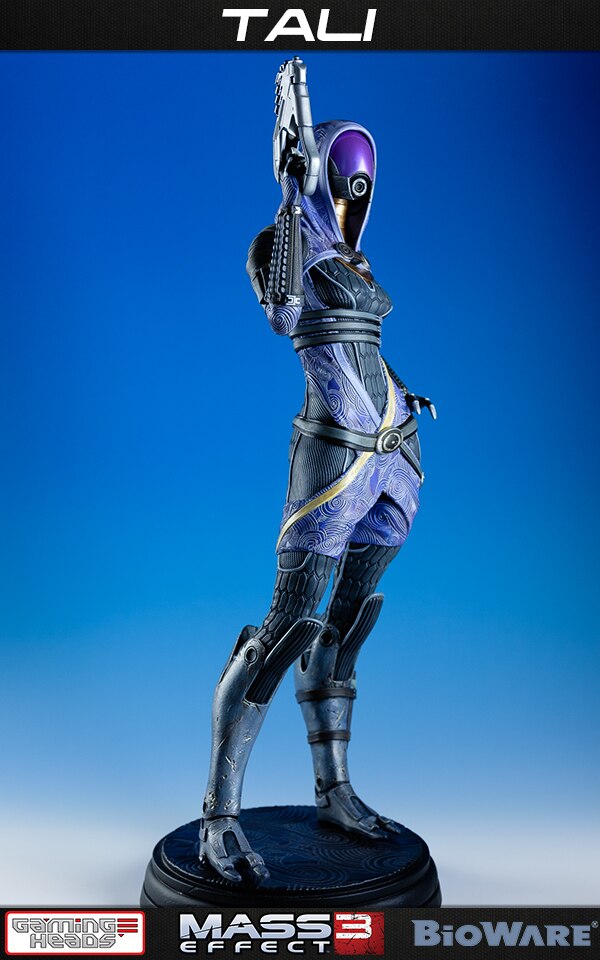 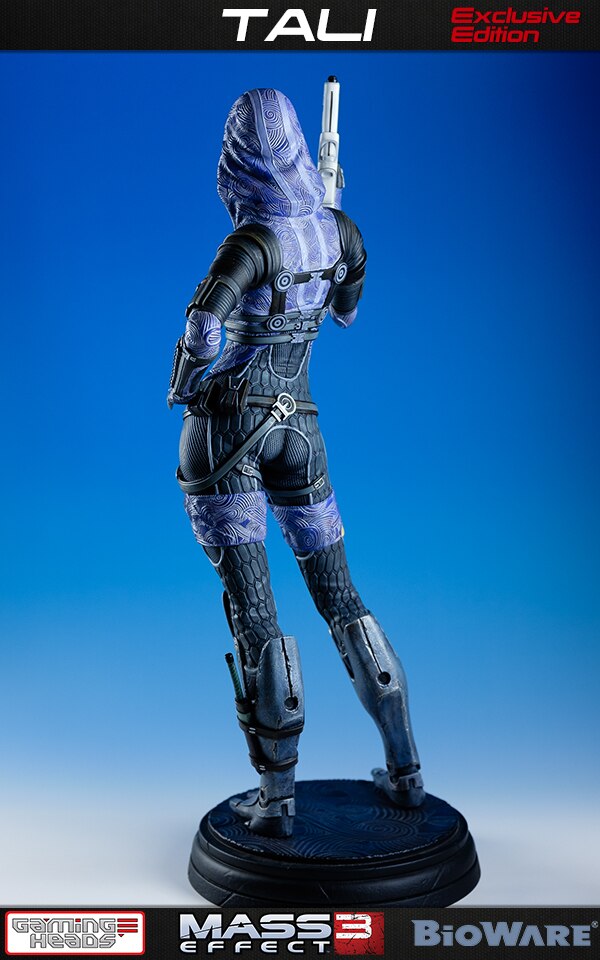 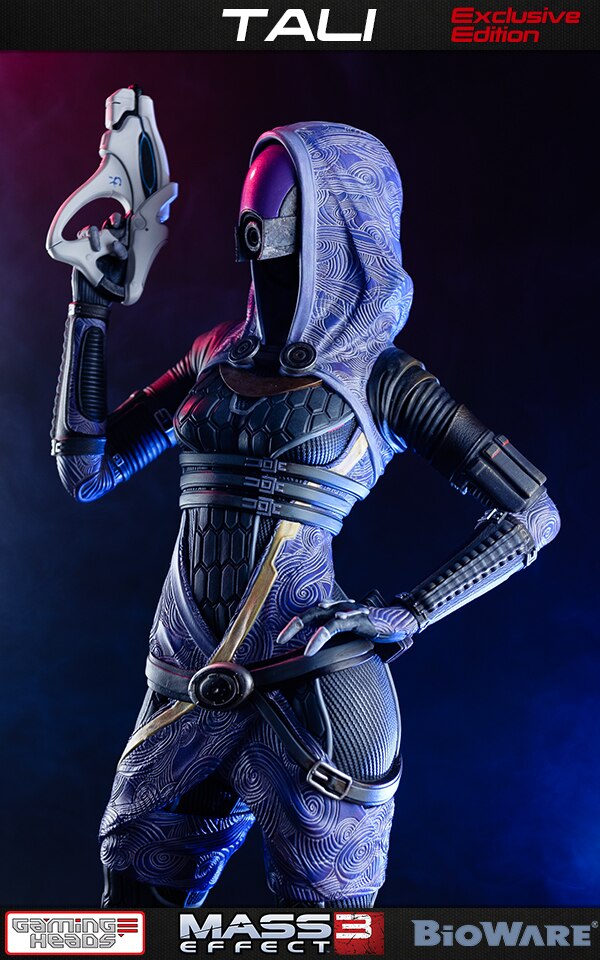