Diamond Select
by Jay Cochran
September 19, 2011
Diamond Select Toys likes to think of its convention appearances as one long goodwill tour of America, bringing sneak peeks of its products and new, exclusive toys to different parts of the country. And this year's journey, having already stretched from Chicago's C2E2 to San Diego's Comic-Con, is now coming to an end in New York City, at the 2011 New York Comic-Con! Taking place at the Jacob Javits Center in Manhattan from October 13-16, the convention is the East Coast's biggest pop-culture gathering, and in addition to their famous Minimates panel (2:45 on Saturday, in Room 1A15), this year will be the home to four very cool exclusive DST products, including the two great Marvel Comics products and the first offerings from a brand-new line of Minimates!

MAXIMUM ZOMBIES
Zombie Biker and Zombie Surgeon 2-Pack, $9
"A plague is sweeping the world, one that turns the dead into ferocious, gnawing creatures who desire only to feast on the living. No one is safe, not the doctor who tries to stem the tide of death, and not the biker who counts on his brute strength to save him. They are only the beginning, the first of many. Soon, they will be legion." This two-pack of 2-inch Minimates mini-figures -- the first offerings from a new line of zombie Minimates by DST -- pairs a zombie surgeon with a zombie biker, and includes a chainsaw accessory and removable biker vest as well as extra heads and hair for customization. Buy multiples to create your own horde! Each figure has 14 points of articulation. Available at the Diamond Select Toys booth, #338, and at other retailers on the show floor. (Retailers attending the show can order sets from Diamond Comics Distributors.)

MARVEL MINIMATES
Firefighter Spider-Man and Urban Fire Chief 2-Pack, $9
"As a superhero in a major city, Spider-Man sees a lot of apartment fires, and puts his strength, agility and Spider-Sense to good use rescuing anyone who might be trapped inside the burning building. But the real heroes are the men and women who do the same thing every day, without the benefit of a radioactive spider-bite. They may not be able to scale walls without a ladder, or break through a wall without an axe, but firefighters have truly earned the label 'superhero'." This exclusive two-pack of 2-inch Marvel Minimates mini-figures pairs Firefighter Spidey with an Urban Fire Chief, and includes an axe, a flashlight, and various interchangeable parts. Each figure has 14 points of articulation. Available at the Diamond Select Toys booth, #338, and at other retailers on the show floor. (Retailers attending the show can order sets from Diamond Comics Distributors.)

Deadpool Corps Box Set, $20
"Wade Wilson, the merc with a mouth, is good at three things: violence, not dying and being a bit funny in the head. So when he was found to be the only one immune to the consciousness-destroying Awareness, he had to team up with his alternate-reality counterparts to form... the Deadpool Corps! Lady Deadpool was a rebel who fought against a fascist American government; Kidpool was a student at the Xavier Orphange for Troubled Boys; Championpool has mastered every form of combat in the galaxy and is virtually unbeatable; and Headpool is a disembodied head from a world where everyone is a zombie." This exclusive four-and-a-half-pack of 2-inch Marvel Minimates mini-figures unites the five members of the Deadpool Corps. Each figure (except Headpool) has 14 points of articulation. Only available at the Action Figure Xpress booth, #958.

FEMME FATALES
Anne Bonny Variant PVC Statue, $40
"Once upon a time, Anne Bonny sailed the seven seas with Calico Jack and his crew, and was known as one of the ruthless pirates in the business. She would not hesitate to pillage and plunder all over the Caribbean, and called Jack a quitter for not fighting to the death. Luckily, you don't have to worry about crossing Anne and incurring her considerable wrath, since she's long gone. But DST has shrunk her down and boxed her up for you!" This exclusive variant figure of our 9-inch Anne Bonny Femme Fatales PVC statue features black hair, a blue corset and a maroon coat, and is limited to 100 pieces. Only available at the Diamond Select Toys booth, #338.

Check back here for more info on:
- The Minimates panel (2:45 on Saturday, in Room 1A15)!
- Minimates artist signings!
- This year's giveaway Minimate!
- Free Minimate posters throughout the weekend!
Image 1 of 4 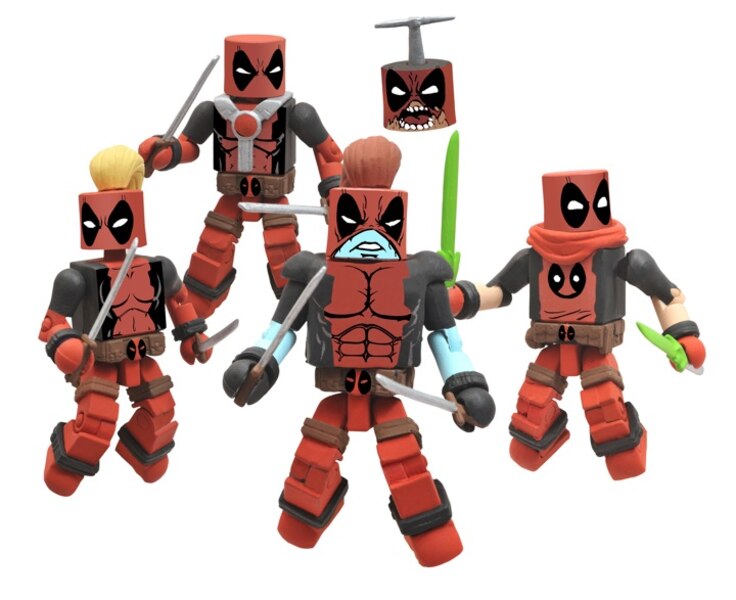 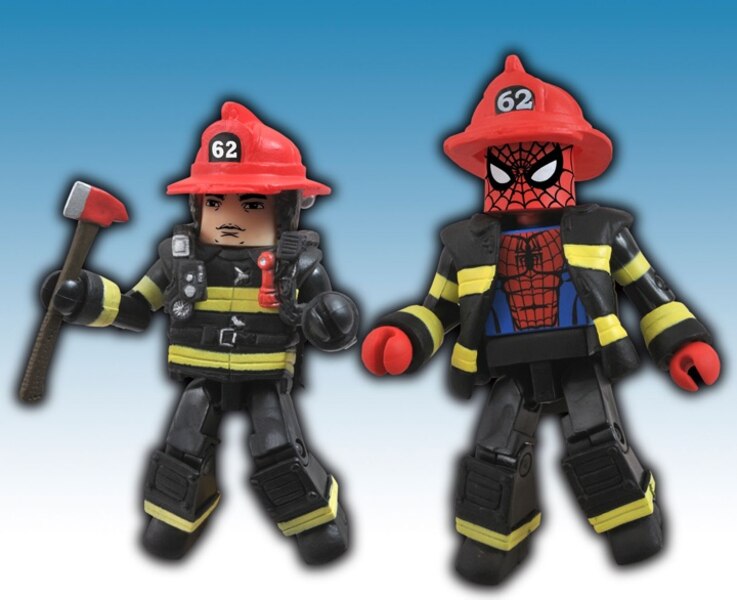 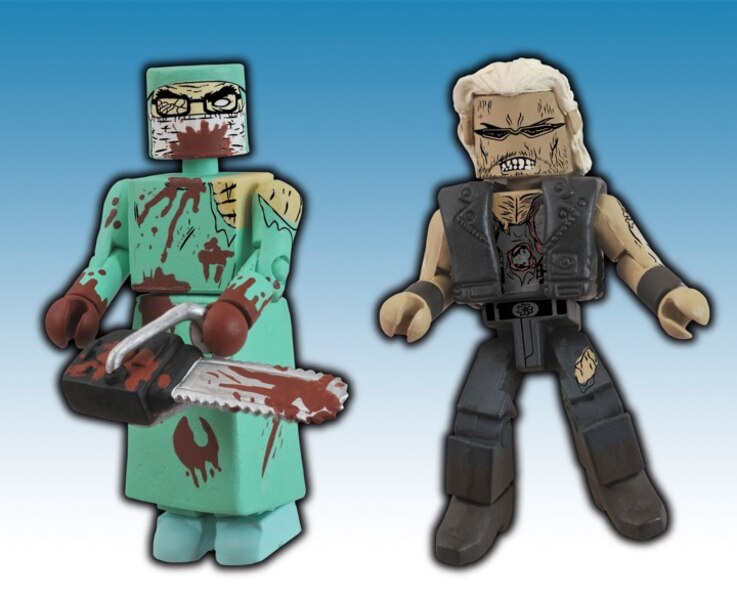