Diamond Select
by Jay Cochran
June 07, 2013
Diamond is offering 16 extremely limited exclusives at this year’s Comic-Con International: San Diego (July 17-21), including a couple of comics with custom covers that celebrate San Diego and the convention (and one of those covers also brings to mind a certain British band).

For a complete list of SDCC exclusives, visit the Diamond PREVIEWS Booth (#2401). 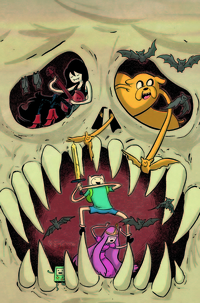 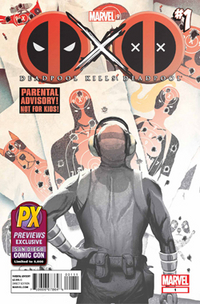 SDCC 2013 ADVENTURE TIME SUMMER SPECIAL #1
Join fan-favorite characters Marceline and Princess Bubblegum for riot grrl rock-fueled excitement in this brand new Adventure Time miniseries! Thanks to a newfound interest in music, Princess Bubblegum joins Marceline’s paranormal rock band for a tour across the land of Ooo! But when they’re threatened by everything from scenesters to beasts born of self-doubt, can they make it to the raddest gig ever in time?! Written and drawn by acclaimed cartoonist Meredith Gran (Octopus Pie) and featuring a back-up story from Jen Wang (Koko Be Good).
LIMITED TO 4,000 COPIES!

SDCC 2013 DEADPOOL KILLS DEADPOOL #1 EXCLUSIVE COVER
by Cullen Bunn, Salva Espin, & Michael Del
The final act of the Deadpool Killogy begins! Deadpool sets his sights on the ultimate target ... himself! Contains over 700% of your daily recommended Deadpool!
LIMITED TO 5000 COPIES! 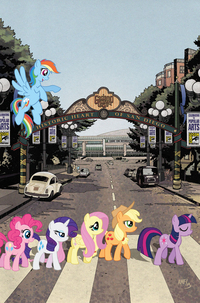 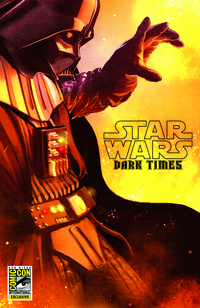 SDCC 2013 MY LITTLE PONY: FRIENDSHIP IS MAGIC #9 EXCLUSIVE COVER
by Katie Cook & Andy Price
Every pony's got a story to tell in this new arc by fan-favorites Katie Cook & Andy Price! The citizens of Ponyville take center stage as an ordinary morning for Big McIntosh quickly turns into an unexpected adventure! Filled with tons of colorful characters and side stories, this issue will put Big McIntosh's typical bashfulness to the test! Bonus: Additional 8 pages of content not found in the regular edition.
LIMITED TO 5000 COPIES!

SDCC 2013 STAR WARS: DARK TIMES – THE SPARK REMAINS #1 EXCLUSIVE COVER
by Randy Stradley, Doug Wheatley, Dan Jackson & Benjamin Carre
Reunited with the ragtag crew of the Uhumele, Jedi Dass Jennir is surprised to find them plotting with another Jedi to take down the iron fist of the new Galactic Empire-Darth Vader himself! Having only just found love and a reason to live, Jennir is reluctant to join-but their plan may be too good to pass up . . .
LIMITED TO 2500 COPIES! 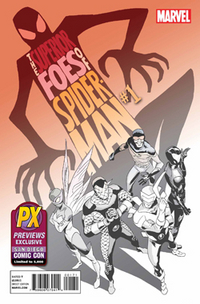 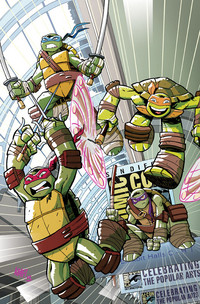 SDCC 2013 TEENAGE MUTANT NINJA TURTLES: THE NEW ANIMATED ADVENTURES #1 EXCLUSIVE COVER
by Kenny Byerly & Dario Brizuela
Spinning straight out of the hit Nickelodeon cartoon comes an all-new, all-ages book perfect for fans both old and new! When things take a dangerous turn on a covert mission, the Turtles will have to use their super-ninja skills as well as some moderately-Super gadgets to help save their friend from some big trouble!
LIMITED TO 3000 COPIES!

SDCC 2013 LAZARUS #2
by Juan Ferreyra
Captured by the same people who made him immortal, James Lazarus discovers the true nature of the corporation that is after him. Hot on his trail, Agents Robinson and Rios infiltrate the same corporation and get their hands on Lazarus' personal file. Only one question remains ...whose side is Lazarus on? Featuring an original cover created for this edition! (final cover art to be released prior to convention).
LIMITED TO 3000 COPIES! 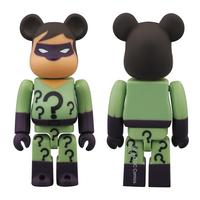 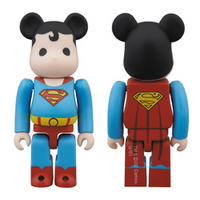 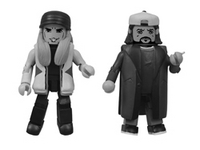 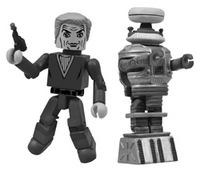 SDCC 2013 LOST IN SPACE BLACK-&-WHITE PREVIEWS EXCLUSIVE MINIMATES 2-PACK
Straight out of the early years of the classic ‘60s TV series come none other than the cunning Doctor Zachary Smith and The Robot, recreated in delightful detail as 2” H Minimates! 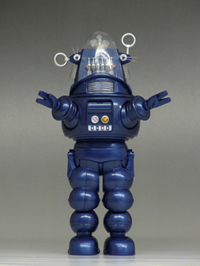 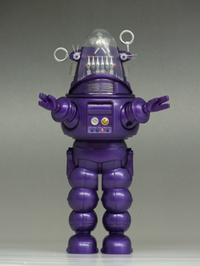 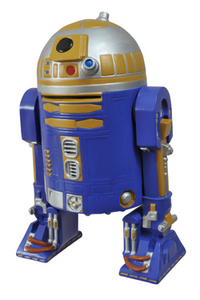 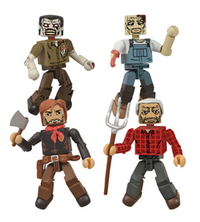 SDCC 2013 THE WALKING DEAD: HERSHEL’S FARM MINIMATES PREVIEWS EXCLUSIVE BOX SET
Deputy Rick Grimes and Hershel Green face off against a pair of zombies in this box set of four 2” H Minimates based on the hit comic!
LIMITED TO 3000 PIECES! 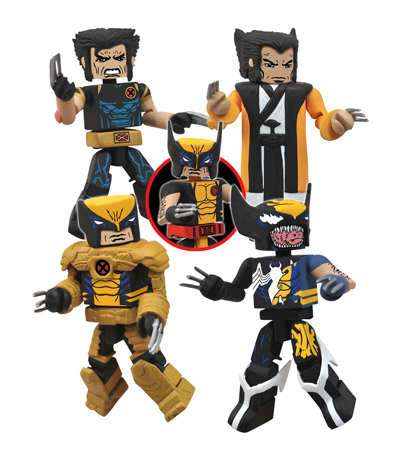