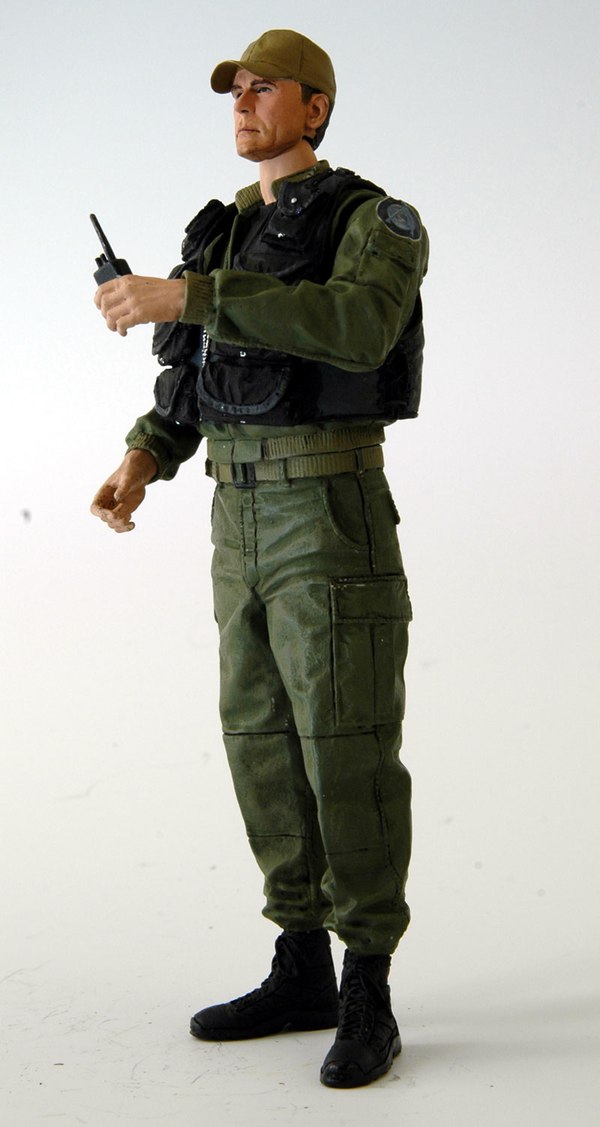 
For fans attending this weekend's Wizard World Los Angeles convention, Diamond Select Toys is proud to announce an exclusive Stargate action figure will be available for purchase while supplies last! A Preproduction Colonel Jack O'Neill figure will mark the debut of this spring’s Stargate SG-1 action figure release and give fans and collectors an early chance to add this figure to their collections! Fully painted and complete with series-accurate accessories, 500 of these individually boxed figures will be sold exclusively at Diamond Select Toys' booth on the floor of the Los Angeles Convention Center beginning on Friday, March 17th.

"We know fans of the series will jump at the chance to be among the first to have this eagerly awaited action figure," stated Michael Leavey, Marketing and Sales Supervisor for Diamond Select Toys. "This marks the very first Stargate SG-1 action figure to be released and we're glad to bring Stargate fans the action figures and collectibles they've been craving for years."

Sculpted by Jean St Jean Studios and featuring a scanned likeness of the former SG-1 star, Richard Dean Anderson. The first series of Stargate SG-1 action figures - featuring Jack O'Neill, Daniel Jackson and a Jaffa Serpent Guard - will be released later this spring. Included with each action figure will be a piece of the Stargate itself (not included with the pre-production figure), that when combined with this fall's second series, allows fans to build their own figure-sized Stargate!