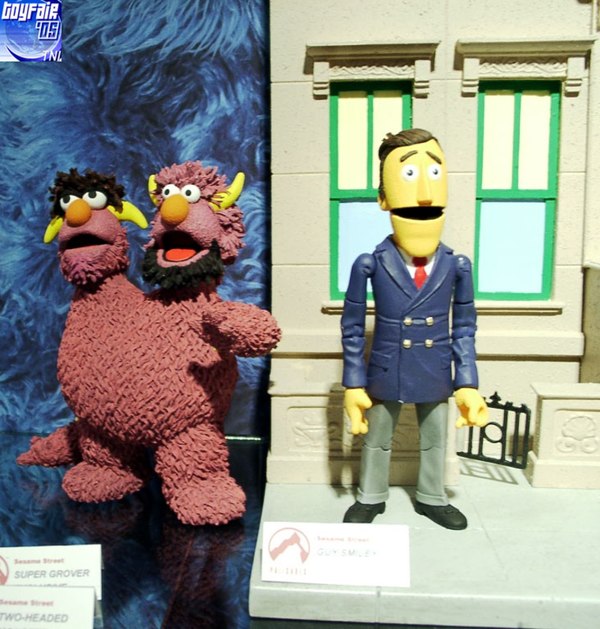 Our 2005 New York International Toy Fair Coverage continues with a look at some of what Palisades Toy has coming in 2005. Besides what is shown in our Image Gallery we can expect to see a new line of 4" Terminator figures. Though no images were allowed, they had on display a classic Terminator, a T-800 exo-skeleton, a Reese in army fatigues, a T-1000 with sword arm, a ripped in half torso T-1000, one of those machine planes and a machine tank. They also have a 4" Planet of the Apes line in the works as well. Look for the second series of Army of Darkness 4" figures are due out in June 2005. Joining Palisades miniture Palz line will be an assortment of figures based on Bruce Willis and the cast from the first Die Hard movie.

Click here to get a look at the Palisades showroom, including Sesame Street, Transformers Statues, Aliens Statues, Adult Swim, Invader Zim and more.