Barbie Continues to Color the World Pink as #1 Doll

Girl Power
by Jay Cochran
January 30, 2007
Always a snapshot with whatÆs hot among girls, Barbie« doll proves, once again, to be the ōtop doll.ö Following a hugely successful 2006 holiday season as the ōNo. 1 toy for girlsö and a Toy Wishes Magazine ōHot Dozenö winner, the Barbie« brand celebrates four consecutive quarters of growth in the U.S. and looks forward to an even hotter pink 2007. In 2007, Barbie« doll will continue to reign as the No. 1 fashion-themed doll in the U.S.2, as well as the world1, and the No. 1 toy property in the U.S.2 and worldwide1 toy industry by unveiling a ground-breaking collection of innovative and interactive dolls and toys, releasing chart-topping DVD movies and kicking off hot partnerships that only Barbie« can boast, including Apple/iPod«, MAC Cosmetics and Hilary Duff.

ōGirls love Barbie because she continually evolves as girls change. She remains No. 1 in the hearts and minds of girls and moms alike because she reflects the interests, activities and aspirations of girls today,ö said Chuck Scothon, general manager and senior vice president, Mattel Brands, Girls. ōWe are proud of the great year the Barbie brand had in 2006 and weÆre even more excited about what Barbie will do in 2007. She shows girls that they can be anything they want to be ¢ a princess, a teacher or even astronaut ¢ and she is a way for girls to play out their dreams and fantasies in a way that is relevant to todayÆs girls.ö

Celebrating a banner year in 2006, Barbie« exemplified why several generations of girls around the world have been inspired by Barbie« doll. Barbie« doll walked the runway with Hilary Duff at LA Fashion Week, extended the BarbieÖ Luxe adult apparel/accessories collection with names such as Tarina Tarantino and Anna Sui, announced a global partnership with MAC Cosmetics, starred in a first-ever live stage production, and signed a multi-year, multi-picture deal with Universal Studios Home Entertainment ¢ truly solidifying her rank as an entertainment and fashion powerhouse. Barbie« dollÆs nine blockbuster movies topped the charts with more than 37 million units sold collectively worldwide3 and they were watched, on average, 12 times by girls around the world. And, with 64 million monthly visits worldwide4 to Barbie« branded Web sites, and Barbie.comSM continuing its ranking among the Top 5 Entertainment Websites for girls ages 2-115, it is evident that girls of all ages choose Barbie«.

Barbie« doll kicks off 2007 by thrilling fans with exciting announcements and never-before seen innovations at American International Toy Fair in February. From several technology-centric dolls such as Chat DivasÖ Barbie« doll and Rainbow AdventureÖ ElinaÖ Doll & DVD Game to performance-based, feature-rich cheerleader dolls to an imaginative, whimsical collection of wedding-, fairy- and princess-themed toys to Barbie« dollÆs 100th career doll playset, Barbie« will give girls a whole new way to play in 2007, while continuing to inspire girls with confidence, creativity, courage and friendship.

ōIn 2007, Barbie will inspire girls with a toy line-up that brings her to life like never before,ö said Jim Silver, editor of Toy Wishes Magazine. "For the first time ever, Barbie can lip sync to music played with an iPod and, as a fairy-themed doll, serve as an interactive controller to a DVD game. Barbie is still the fashion queen, but she also does cool things that todayÆs girls will relate to and gives girls a new of way of playing with fashion dolls.ö

Later in spring, BarbieÖ will build on the successful FairytopiaÖ franchise with the release of the new made-for-DVD movie and toyline, BarbieÖ FairytopiaÖ Magic of the RainbowÖ debuting on the small screen on March 13, 2007.

Finally, in April, Barbie« will globally launch something unparalleled and never-before-seen in the toy industry ¢ Barbie GirlsÖ, the next generation of fashion doll play. 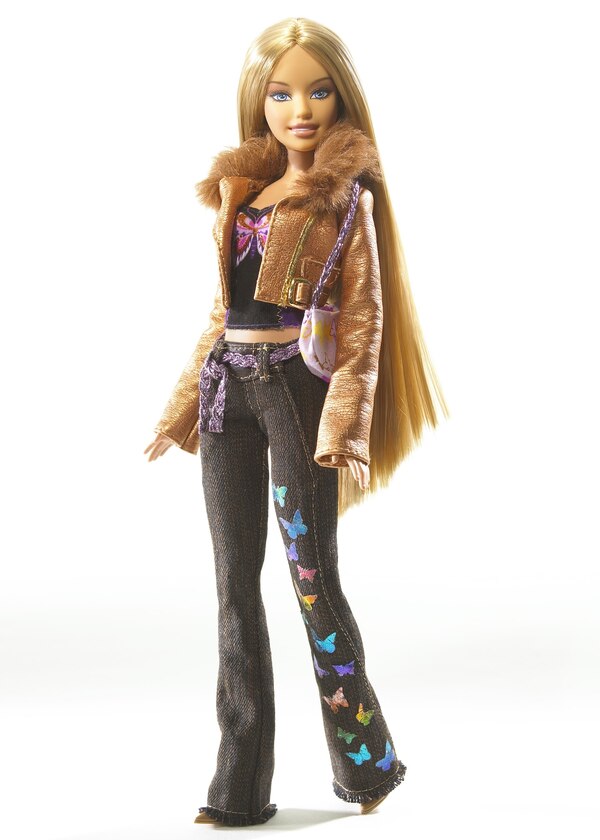