KlawBerry is a little monster-girl on a quest to get her eye back. This Kawaii-cute character is from Steam Crow Press' book "KlawBerry; Good Girl, Bad World," illustrated and written by Daniel (m) Davis.

Created in a limited edition of 999, you can pick up your very own KlawBerry at MagicSkull.com (the Steam Crow store) or at the San Diego Comic-Con. Steam Crow Press will be there at booth 4602.
Image 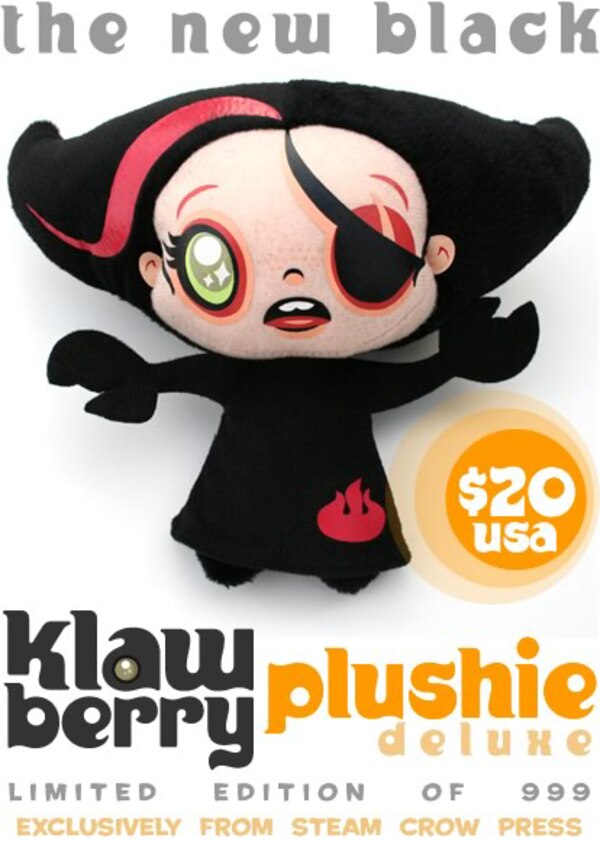