Girl Power
by Jay Cochran
January 26, 2009
Celebrating 50 years in 2009, Barbie doll’s famous face and head-turning style have made her much more than the most popular doll in the world. For five decades, Barbie has inspired girls of all ages to dream, discover and celebrate their girlhood – from fashion to fantasy – all in a world without limits. This year, Barbie will host its biggest worldwide celebration of the brand ever – including a Dream House full of marquee partners and pink carpet events. Girls of all ages will be able to celebrate with exciting events and fashion shows in major global capitals, as well as experience the brand through exciting new initiatives at retail, online and through a collection of celebratory, must-have products. Partners include Mercedes-Benz Fashion Week, Jonathan Adler, Bloomingdale’s, Stila, Facebook, and many more to be announced in the coming weeks.

“Barbie’s legendary 50th year will be the most epic, global celebration in the brand’s history,” said Richard Dickson, General Manager and Senior Vice President, Barbie. “There are very few brands in the world that serve as a reflection of fashion, culture and aspiration like the Barbie brand, and this allows us the honor of partnering and celebrating alongside an unprecedented roster of the world’s most famous and respected names. This is certainly a celebration of 50 fabulous years; however, Barbie’s 50th Anniversary is also very much about unveiling the next chapter for the Barbie brand and celebrating our future.”

- First-ever Barbie Runway Show at Mercedes-Benz Fashion Week in New York: In celebration of Barbie's unparalleled fashion heritage, on February 14, 2009, 50 world-renowned fashion designers will come together for the first time ever and showcase real-size, Barbie-inspired looks at Mercedes-Benz Fashion Week in the Tent at Bryant Park. In this monumental fashion celebration – that only Barbie could host – designers will celebrate the past, present and future of fashion, as inspired by Barbie doll, first launched in 1959 as the “Teenage Fashion Model.” Designer names will be announced in early February. (Runway show on February 14, 2009; to be webcast live on Barbie.com).

- Barbie’s Birthday Party at Her “Real” Malibu Dream House: On March 9th (Barbie doll's actual birthday), event-planner-to-the-stars Colin Cowie will help throw Barbie an outrageously pink birthday celebration at – where else – but a real Barbie Malibu Dream House, styled and decorated by famed “Happy Chic” interior designer Jonathan Adler. The newly designed “real” Dream House (located on the beach in Malibu, Calif.) will play backdrop to what is sure to be the most talked about “pink-carpet” birthday bash of the year, where Barbie's closest famous friends from throughout the years will be invited to peek into the fashionista’s storied closet! (Barbie Birthday Party on March 9, 2009 – by invitation only).

- Special Barbie Boutique & Exhibit at colette in Paris: Barbie is celebrating her birthday all around the globe – including at one of the trendiest stores in the world, colette in Paris. As two icons of fashion and style come together, fashionistas will enjoy a special Barbie™ boutique featuring a capsule apparel collection “Barbie by Jeremy Scott,” which will include Scott’s iconic trench coat, dresses and tees, all done in fun Barbie patterns and iconography. Additionally, colette has commissioned additional Barbie accessories for “grown up” Barbie girls including a mobile phone, luxury jewelry, stationery, candles and cosmetics. (March 9 – 28, open to the public)

- Barbie Shanghai Store: America’s favorite fashionista Barbie doll has her sights set on Shanghai with the March 2009 grand opening of the brand’s first ever flagship store. This unprecedented store houses 1,500 square meters and six stories of Barbie retail-tainment. It is the ultimate destination for girls of all ages to shop, dine, enjoy a day at the spa, and become a fashion designer or runway supermodel. (Soft opening in late January; official grand opening in early March 2009)

- All Doll’d Up with “Barbie Loves Stila” Cosmetic Collection & T3 Barbie Hair Dryer: As much as Barbie is known for her fashion, she is almost as famous for her face. This year, Barbie gets all “dolled up” with Stila, announcing the cosmetics company as its Official Prestige Makeup Partner for 2009. Stila will celebrate all things Barbie, bringing her signature beauty looks to life with innovative, whimsical beauty products, including a limited edition spring collection of beauty cans and a talking palette, all of which will precede a larger collection and Barbie beauty program slated for Fall 2009. (Available at Sephora 5th Avenue store, Sephora International stores and Sephora.com beginning late January 2009; Fall collection due in late summer.) The Barbie beauty program extends beyond just cosmetics into the world of hair care with prestigious partner T3, coming this fall.

- Barbie & Dylan’s Candy Bar: This sweet partnership seamlessly unites the girly side of Barbie and the extraordinary quality and fun of Dylan’s Candy Bar to create a sassy and all girl candy line, including fun chocolates and novelty candy such as a shoebox of “The Perfect Pair of Chocolate Heels” (Available in early April at all Dylan’s Candy Bar store locations, Neiman Marcus, Fred Segal Santa Monica and Melrose and at www.dylanscandybar.com; $8 - $28).

- Jonathan Adler Loves Barbie – For Grownups: Barbie’s fabled Malibu Dream House becomes a reality, thanks to famed interior designer Jonathan Adler. Style and design décor enthusiasts who want a slice of Adler’s “happy chic” style and Barbie doll’s Malibu mystique will be able to get the look at home with a capsule collection of “Jonathan Adler Loves Barbie” décor pieces, including designer pottery, pillows, decorative objects and more – available at one of Adler’s nine stores or on his website. Additionally, Jonathan Adler and Barbie will partner on an ultra stylish Barbie Collector doll, which comes with coordinating doll-size furniture (of course!). These chic creations will hit retail shelves in the U.S. in September 2009.

Must-Have Barbie Dolls & Accessories
- Black & White Bathing Suit Doll: From the moment Barbie doll stepped onto the fashion scene in 1959 with her sassy ponytail and eye-popping black and white bathing suit, she became an international superstar. On March 9, Mattel will reveal a modern take on the original doll, which will launch an entirely new look for Barbie doll. Fans will need to wait until March 9th to see the new sculpt and hot new take on the original bathing suit doll, available at retailers nationwide that morning.
- 50th Anniversary Collector Barbie Doll: A must-have for every collector, the 50th Anniversary Barbie doll is truly stunning in a gold tulle gown with sparkling, glittery highlights. Her golden sun-kissed skin and silky honey blonde curls bring new meaning to Golden Anniversary, taking beauty and elegance to a new level that will dazzle girls of all ages. (Available while quantities available, $50)
- My Favorite Barbie Doll Series: In celebration of five decades of head-turning style, in 2009, Barbie re-releases six all-time favorite Barbie dolls:
- 1959 The Original Teenage Fashion Model Barbie Doll

- Pink World: In celebration of her iconic color pink, Barbie introduces an entire, ultra-pink-filled, customizable play line. From a modular home to fashion-forward dolls, girls can experience the ultimate pink lifestyle with Barbie.

- Rootstein Mannequins: To celebrate Barbie doll’s place in fashion, Rootstein, and Mattel, have collaborated to produce a limited edition collection of mannequins with Barbie as the muse – a literal homage to the fantastic, fashion favorite whose many looks have provided a common point of reference for generations of women across the globe. Re-modeled into a stunningly six-foot-two-inches-tall figure, dozens of mannequins have been created to resemble the 11 ˝ inch-tall iconic doll. The mannequins will retain Barbie doll’s hourglass figure, youthful skin and stunning style to emphasize the fact that at 50, Barbie, is a truly modern woman. (Can be viewed at Bloomingdale's/2nd Floor YES from February 11 – March 15)

- 2009 National Barbie Doll Collector’s Convention: With four days of Barbie-inspired events including new doll unveilings, a Mattel-sponsored stage show, Barbie doll designer signings, a fashion show, and extraordinary doll collections, the 2009 Barbie Convention in Washington, D.C. has already sold-out in a record-breaking two days, and is expected to attract more than 1,000 of the most devoted and passionate Barbie® collectors from all around the globe. (July 7 – 11, 2009, Washington, D.C.)

- 50th Anniversary Web Site: Already one of the top online destinations for girls, in late January, Barbie.com will get an e-makeover and direct Barbie fans of all ages to a new area on the site featuring Barbie’s influence in fashion, beauty and pop culture. In addition to showcasing video confessions from celebrities sharing their favorite Barbie stories, allowing fashionistas to get “behind the seams” access to the Barbie Runway Show and providing other inside scoop to events and partnerships around the globe, the new site will also include funny Barbie commercials from throughout the years, downloadable content and a fun look at favorite Barbie dolls. (www.Barbie.com/BarbieStyle).

- Facebook: Although she’s already a “friend” to all, Barbie® will have an official Facebook Page where people can become fans, check out her status (is she or isn’t she back with Ken?), hear her secrets, post messages and check out all her favorite things.
Image 1 of 7 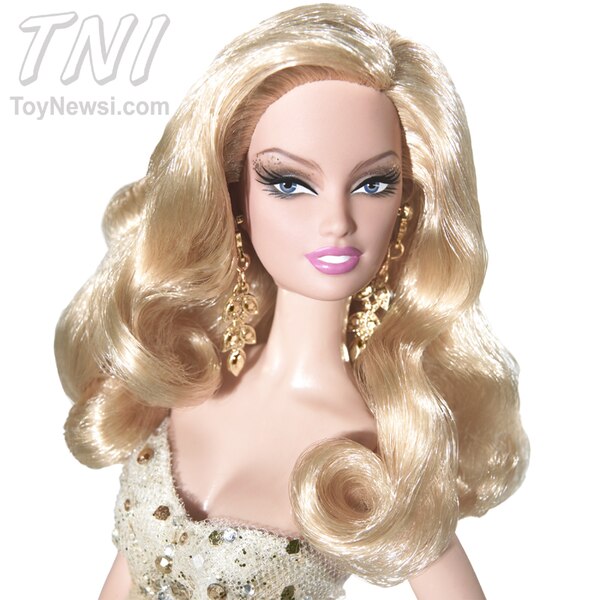 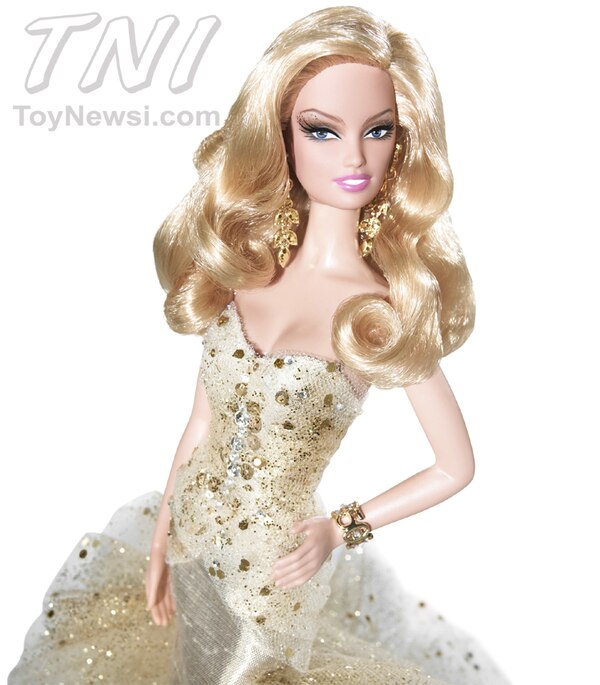 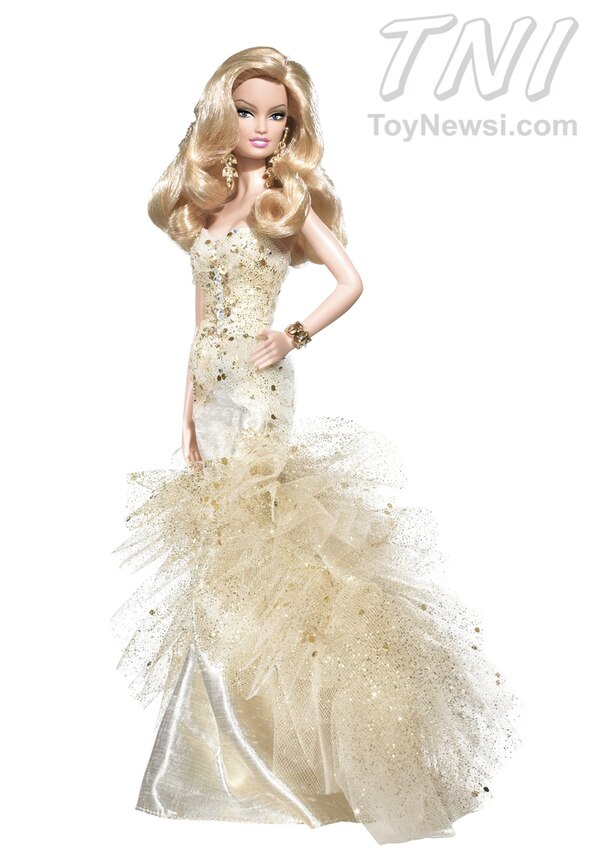 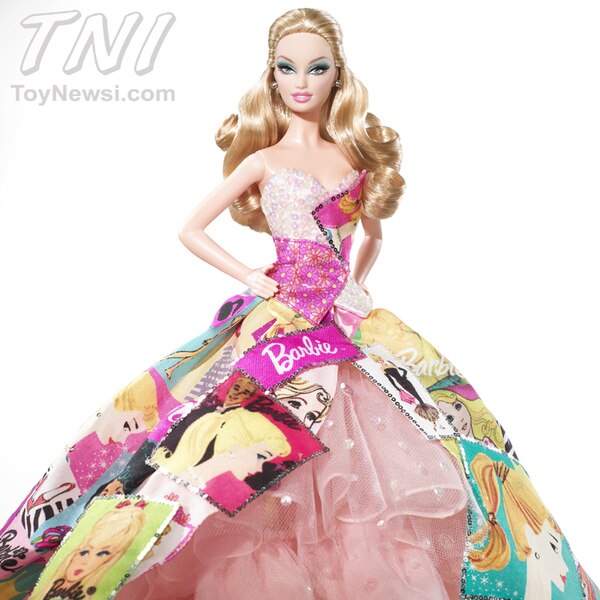 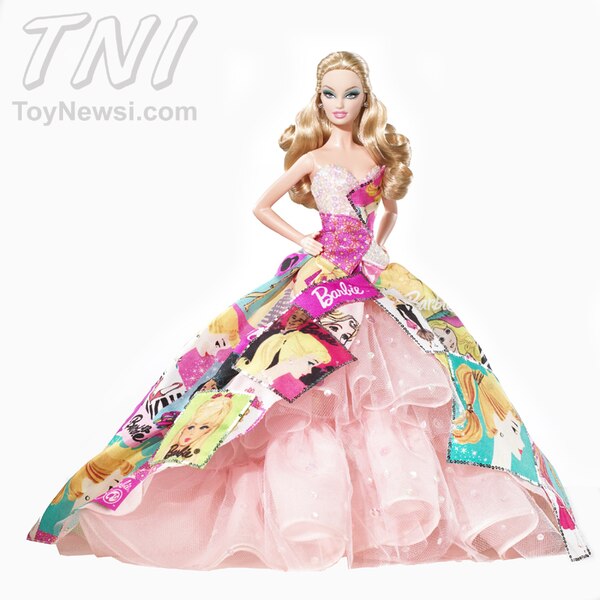 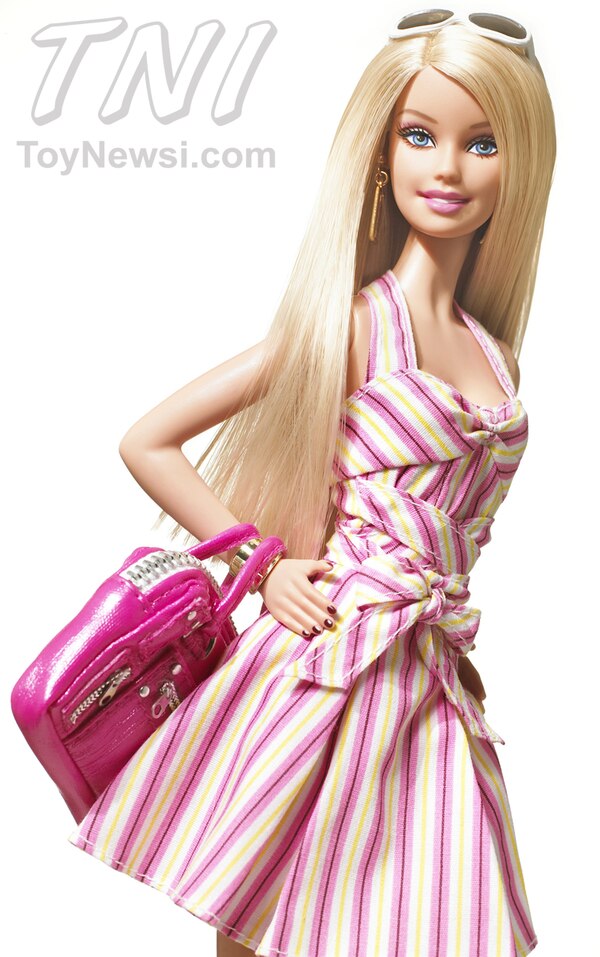 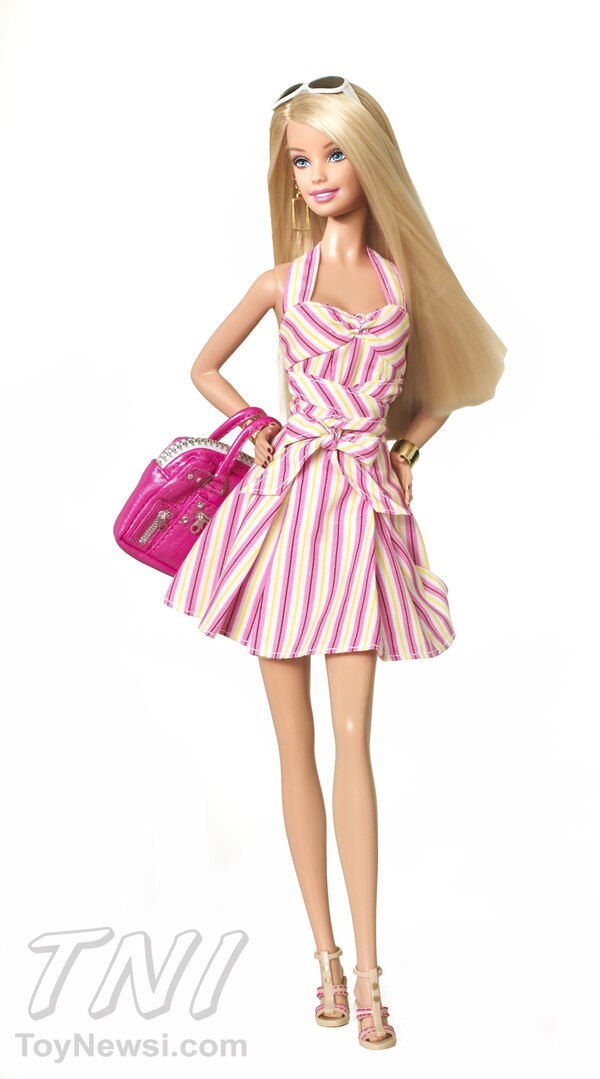