“Barbie’s birthday is a celebration of 50 legendary years as a fashion icon, pop culture princess and inspiration to so many girls around the world,” said Richard Dickson, General Manager and Senior Vice President, Barbie. “Barbie’s birthday is also the time for generations of girls to celebrate their Barbie memories and create new ones. We’re so excited about all the celebrations taking place around the world – through special events, at retail, online, in homes – and we hope everyone finds a way to have a Barbie moment today.”

Also in celebration of her birthday, Barbie has moved into a new residence – a real Malibu Dream House – a 3,500-square-foot home in Malibu, Calif., decorated by famed “Happy Chic” interior designer Jonathan Adler. The home is a life-size interpretation of Barbie’s much fabled Dream House bringing to life all the fantasy and fashion of Barbie with customized design elements such as skirted, corseted, lace-up “dress” chairs, a chandelier made of Barbie hair, a closet filled with thousands of pink shoes, a sunburst mirror made from 65 Barbie dolls, several pieces from the Barbie Loves Jonathan Adler home décor collection (launching nationwide in September 2009), and a garage that includes a real Barbie Volkswagen New Beetle car (all pink with a motorized, pop up vanity in the trunk). The house also features a Barbie™ Museum which houses dozens of dolls and art from Mattel’s archives, including a rare #1 (1959) Barbie doll, several dolls from throughout the decades and art pieces such as Barbie paintings by Andy Warhol and Donald Baechlor.

“Of all my work, bringing to life Barbie’s famous Malibu Dream House has been one of the most fun design projects yet,” said Jonathan Adler. "Barbie was a dream client because she doesn't have a husband to rein in the fantasy or tone down the glamour."

Barbie’s Malibu Dream House will play backdrop to an outrageously pink Barbie birthday party designed by event-planner-to-the-stars Colin Cowie, which will include more than 45 celebrities walking the pink carpet, music by DJ AM, specialty cocktails such as the Barbie “Doll-icious” and “Strawberry Blonde,” custom floral centerpieces shaped as stilettos heels and a “plastic fantastic” theme infused throughout the night. Some of the party details include 1,800 pairs of Barbie sized sunglasses, 3,500 pairs of Barbie shoes and 3,500 Barbie handbags used to fill custom designed Lucite tables. Also, 3,000 pink roses make up the centerpieces, 146 pounds of pink candy line the dessert table and 1,030 pounds of ice were used to create an ice sculpture of a birthday cake.

“We’re bringing the entire idea of Barbie alive – how she eats, how she decorates, how she lives, and certainly how she entertains,” said Colin Cowie. “Barbie is a great client – she has great style, she loves the details, she enjoys her bling and she has tons of amazing imagery for inspiration – you’ll see lots of pink, shine, her famed black-and-white zebra print and always a few Barbie surprises.”

After Malibu, the Barbie Dream House travels to The Palms in Las Vegas, where The Palms’ Hot Pink Suite will be transformed into the Barbie Suite, opening in May 2009. The suite will include several of the Malibu Dream House’s key décor pieces and Jonathan Adler’s signature style, allowing girls of all ages to experience the fantasy and fun of Barbie’s Dream House.

Barbie Birthdays Around the World

Barbie® celebrations are taking place all around the globe, including events in all major fashion capitals and with world-renowned partners. In Paris, Barbie® and one of the trendiest stores in the world, colette, come together, to launch a special Barbie boutique featuring apparel and accessories for “grown up” Barbie girls, an exhibit of Barbie doll photographed by Karl Lagerfeld and a display of vintage dolls. In Italy, a customized, Barbie pink FIAT car is being created and famed retailer La Rinascente will have a huge birthday party for celebrities, models, media and VIPs. In the UK, Hamley’s will countdown to the birthday with the largest projection screen ever seen in the UK to unveil a holographic movie of Barbie past and present.

In Australia, a 6-foot tall birthday cake based on a Barbie Rootstein mannequin will deck the First Fleet Steps in Sydney and be dazzled by a celebrity dress designer, hairstylist, jeweler and celebrity cake cutter. In Mexico City, Mexico, the Franz Meyer Museum will host a Barbie expo with over 200 archived dolls and artifacts, and in Sao Paulo, Brazil, the Barbie Museu Encantado will showcase 50 incredible collector dolls to celebrate Barbie doll's 50 years. In Tokyo, Japan, an event will take place at the Imperial Hotel, the hotel where the designers of the original Barbie doll stayed while creating the doll in the late 1950s.
Image 1 of 9 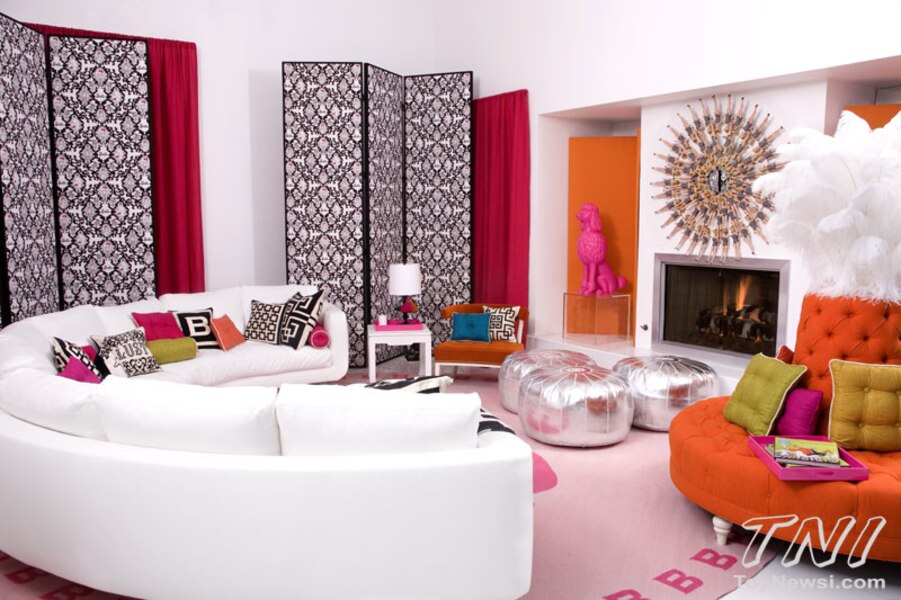 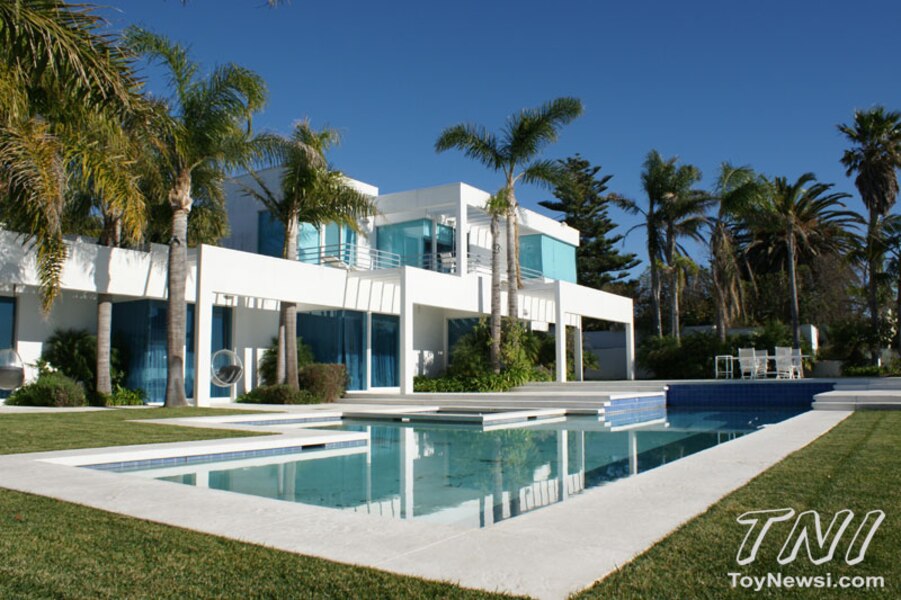 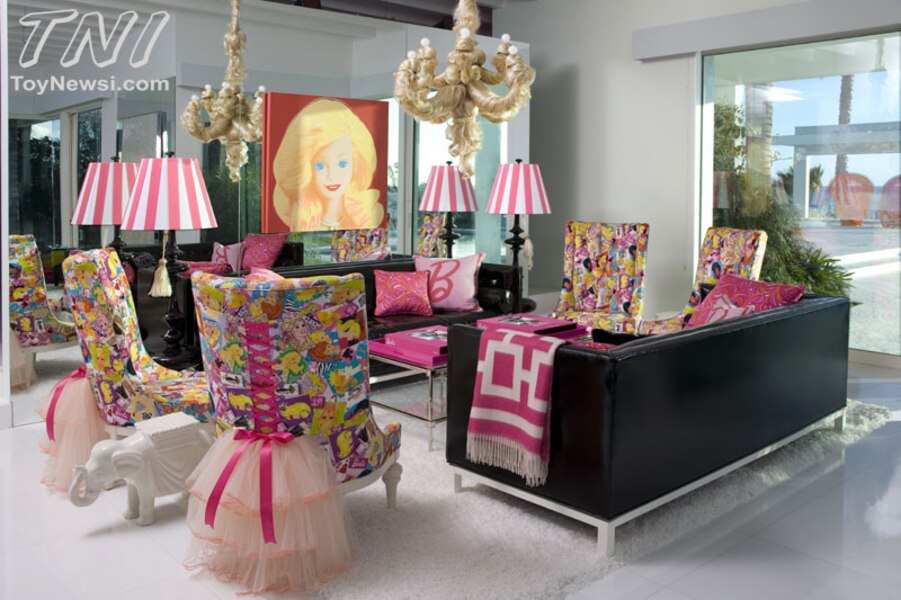 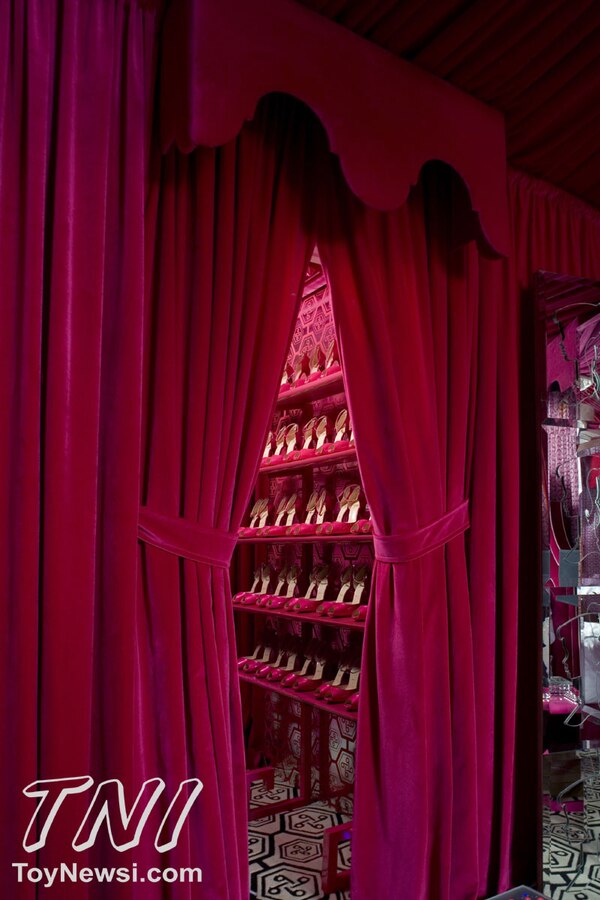 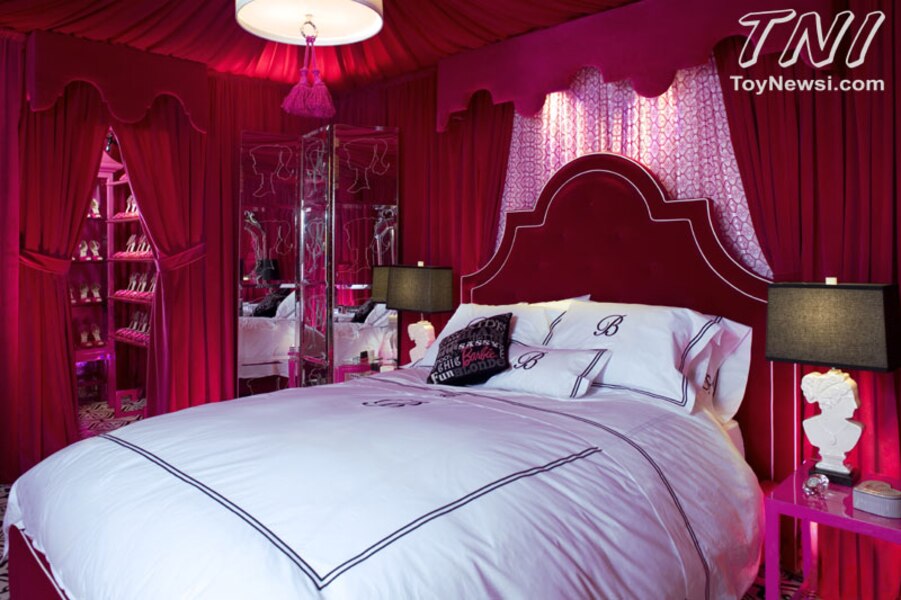 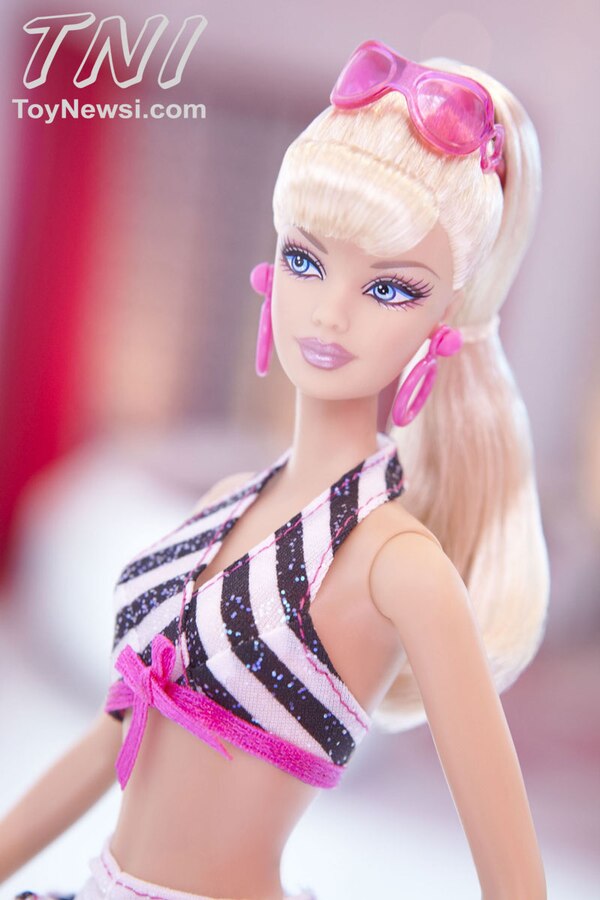 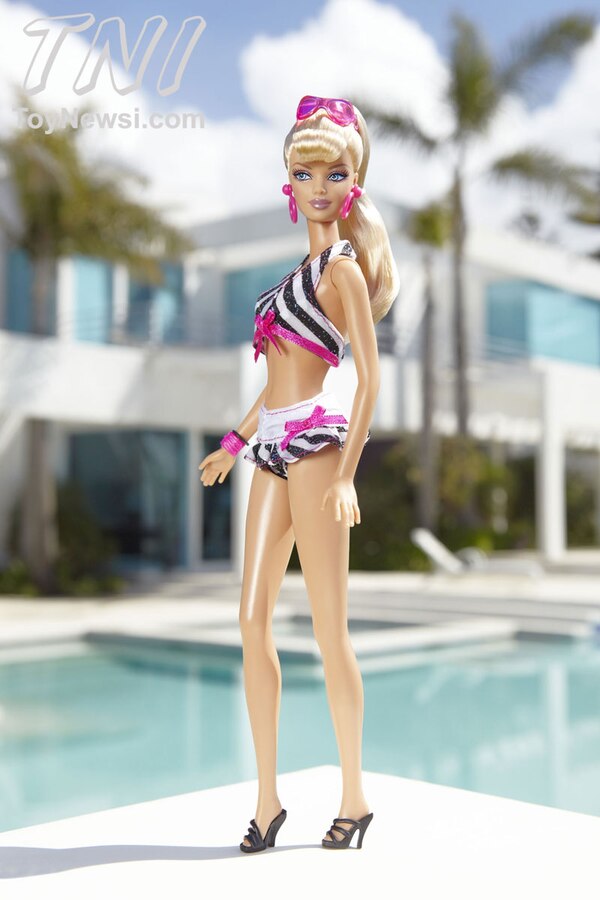 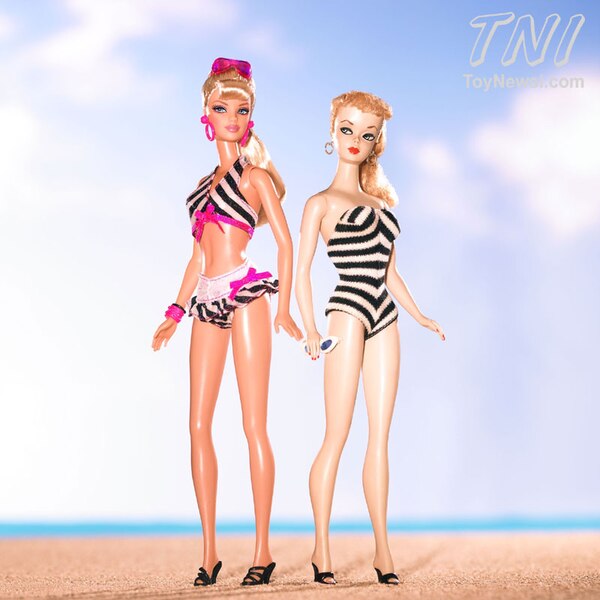 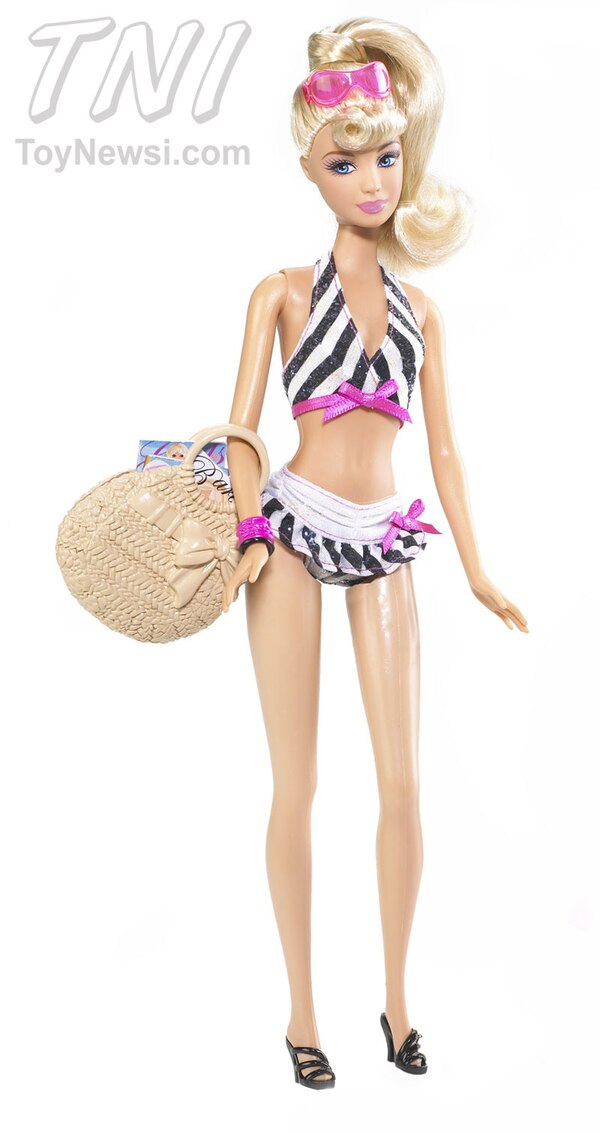