Girl Power
by Jay Cochran
January 21, 2010
For more than five decades, Barbie has inspired girls to dream, discover and explore a world without limits. Celebrating her 125th career this year, Barbie kicks-off a global campaign to further inspire girls by partnering with The White House Project and Take Our Daughters And Sons To Work Foundation, as well as announcing today Barbie’s “10 Women to Watch in 2010” list. Additionally, for the first time, consumers can help select Barbie® doll’s 125th career by voting on www.Barbie.com/Vote and choosing from among Architect, Computer Engineer, Environmentalist, News Anchor or Surgeon. The winning 125th career will be unveiled on February 12th at New York Toy Fair.

“For more than 50 years Barbie has served as a reflection of fashion, culture and aspiration to girls of all ages. Barbie inspires girls to try on different careers, encouraging them to play out their dreams and explore the world and all of its possibilities”

“For more than 50 years Barbie has served as a reflection of fashion, culture and aspiration to girls of all ages. Barbie inspires girls to try on different careers, encouraging them to play out their dreams and explore the world and all of its possibilities,” said Stephanie Cota, Senior Vice President, Barbie Marketing. “We believe role-playing with Barbie leads to real life opportunities and are very proud to partner with organizations who continue to inspire girls and women with the belief and confidence that they can do anything.”

With more than 120 careers on her resume – spanning from registered nurse to rock star, veterinarian to aerobics instructor, pilot to police officer – Barbie® doll continues to take on aspirational and culturally relevant roles while also serving as a role model and agent of change for girls. She first broke the “plastic ceiling” in the 1960s when, as an astronaut, she went to space four years before man walked on the moon. In the '80s she took to the boardroom as “Day to Night™” CEO Barbie, just as women began to break into the C-suite. And in the '90s, she ran for President, before any female candidate ever made it onto the presidential ballot. In 2010, Barbie® doll takes on several new careers, including snowboarder, ballroom dancer, pizza chef and race car driver.

"In creating Take Our Daughters to Work Day, I had the opportunity to take girls into workplaces that they might never have seen, and through these experiences, their aspirations changed and grew. When we started The White House Project, we had to show girls they could aspire to the top workplace of all: the Oval Office,” said Marie C. Wilson, Founder and President, The White House Project.

“Through Barbie, and its 'I Can Be' President Barbie, little girls have had the opportunity to lead the country from their living rooms and bedrooms, or get out their Barbie and Ken dolls and call a joint session of Congress. We at The White House Project are thrilled to be partnering with Barbie as she celebrates her 125th career and continues to inspire girls of all ages to follow their dreams."

“I Can Be™…” Signature Partners

Throughout the year, Barbie will inspire girls by closely working with signature partners, including The White House Project, Take Our Daughters And Sons To Work Foundation, and a group of 10 highly accomplished, noteworthy women Barbie™ has named “The 10 Women to Watch in 2010.”

The Barbie “10 Women to Watch in 2010” list includes the following nine women. The 10th woman will be announced in February timed to the unveiling of Barbie’s 125th career to spotlight a woman in that industry:

"The Barbie brand is recognizing women leaders who span different ages, ethnicities and industries. We are proud to honor these spectacular women, spotlight their contributions and reinforce to girls that anything is possible," said Cota.

* Global Online Campaign to Select Barbie’s 125th Career: For the first time ever, girls around the world are able to help Barbie® doll select her next milestone career. Polls will be open from mid-January through February 10th, and the winning career will be unveiled at a special event at New York Toy Fair on February 12th, 2010. The new career doll will be on shelves in Fall 2010. Vote at www.barbie.com/vote.

* Barbie.com: Serving as a resource for both girls and parents, Barbie.com will feature a dedicated and content-rich “I Can Be™…” micro site that will house mini-documentaries spotlighting fascinating women and careers girls can explore, along with various role-play, career games and activities. “Big girls” can also become fans of Barbie on Facebook, follow her on Twitter and network with her on LinkedIn.

* 2010 I Can Be…Product: In 2010 Barbie® doll continues to take on aspirational and culturally relevant careers with the introduction of I Can Be™… a Rock Star, Pet Vet, Newborn Baby Doctor, Dentist, Race Car Driver, Babysitter, Snowboarder, Ballroom Dancer, Preschool Teacher, Ballerina and Pizza Chef. Each of these dolls allows girls to “try on” and imagine themselves in different roles and careers. Girls can also extend their play online, as each toy comes with a special code that unlocks online games specific to that particular theme — allowing girls to further play out the career online.

Celebrated around the world as a global campaign to inspire girls, “Barbie I Can Be™…” events will take place with localized events and executions, including highlights below:

Canada – Canada will launch the Barbie “I Can Be™…” academy, which will invite girls and moms to physically try on different roles and learn first-hand about a variety of careers. The event will also celebrate Barbie's past careers for moms and girls to see where Barbie has been and is headed.

Latin America – Throughout Latin America, “I Can Be™…” camps will be hosted to allow girls to immerse themselves into different careers and professions, meet inspirational women and literally try on their futures.

United Kingdom – The United Kingdom will be partnering with the Women and Work Commission to reach out to girls and reinforce the message that "girls can be and do anything."
Image 1 of 5 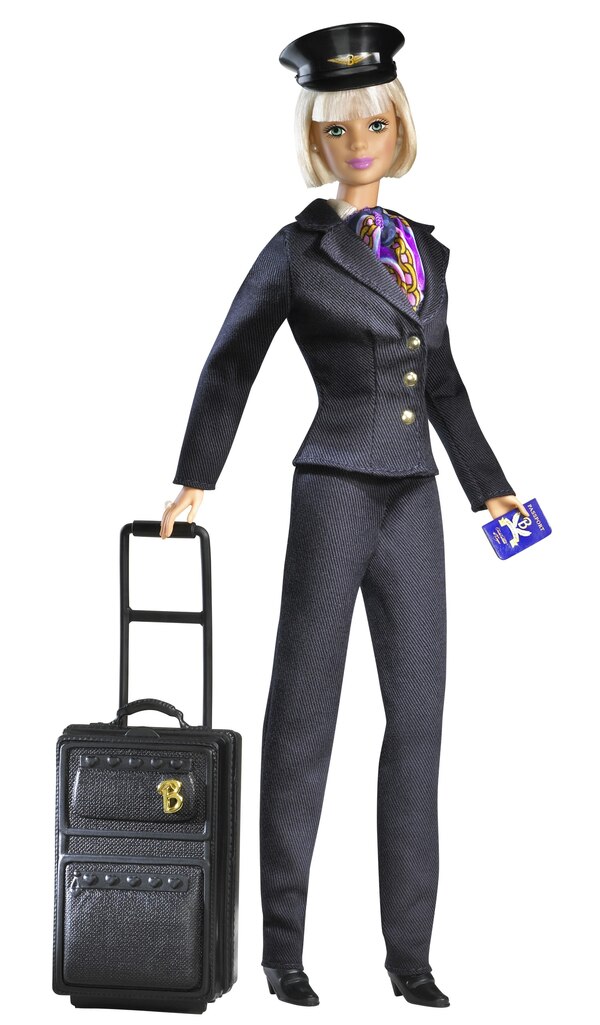 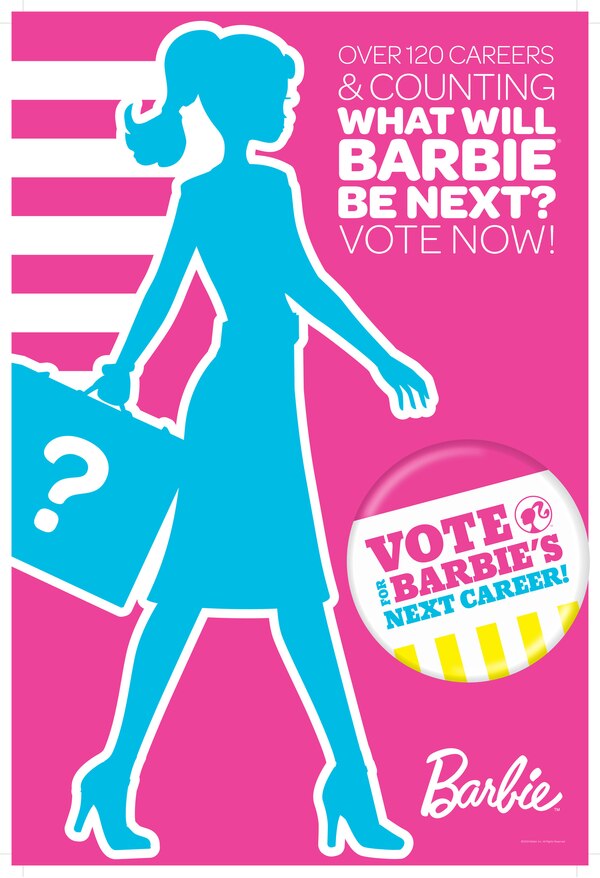 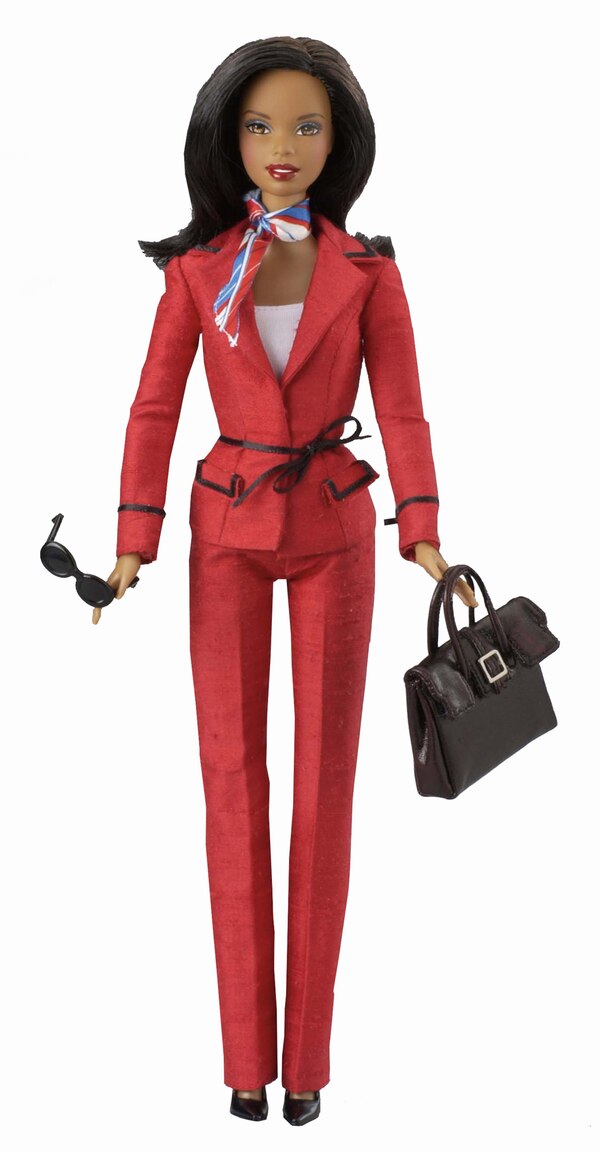