Girl Power
by Jay Cochran
August 27, 2014
Action figures for girls are on their way! IAmElemental today announced production of the company's first set of collectible female action figures: Series #1/Courage. The series includes seven 4" articulated figures that personify the Elements of Courage: Bravery, Energy, Honesty, Industry, Enthusiasm, Persistence and Fear. Products are scheduled for delivery in December 2014, in time for the holiday season.

IAmElemental was co-founded in 2013 by Julie Kerwin and Dawn Nadeau, two mothers and entrepreneurs from New York City who were frustrated by a lack of articulated action figures for girls in the toy market. The duo launched a Kickstarter campaign in May 2014 which was fully funded in two days, ultimately reaching 465% of the funding goal with over 2,520 backers from all 50 states and six continents.

"From the volume of email, calls and outreach we have received from every state and around the world, we know that the market is strong for superhero-style toys designed with girls in mind. Our figures do not come pre-loaded with a backstory. Instead, they empower girls to create their own story and become their own superheroes, using the Elements of Power that already exist inside each one of us," said Nadeau.

"Kids need more choice in play, and our healthy female action figures fill this gap in the toy market. Our figures pose, they stand, and they sit - properly, not with splayed legs. We're proud of their forward-thinking design and engineering sensibility that aren't typically found in products geared toward girls," said Kerwin.

About IAmElemental: IAmElemental, based in New York City, was founded in 2013 by Julie Kerwin and Dawn Nadeau, Wellesley College alumni, to fill a gap in the toy market. IAmElemental envisions girls as the creators of a play experience in which they are the active agents in a story of their own design. Kerwin, who holds a J.D. from Fordham Law School and has a background in education, was previously the cofounder of independent music label Club Rock Records. Nadeau was an early team member at Fast Company magazine and has worked at Fortune magazine and Goldman Sachs. Both are mothers -- Kerwin of boys, Nadeau of girls. Both believe literacy is the ultimate superpower. "If you give a girl a different toy, she will tell a different story"; "Play with power"; "It's character, not characters"; "Shared, everyone's powers grow stronger"; and "We have superpowers. Want some?" are trademarks of IAmElemental.
Image 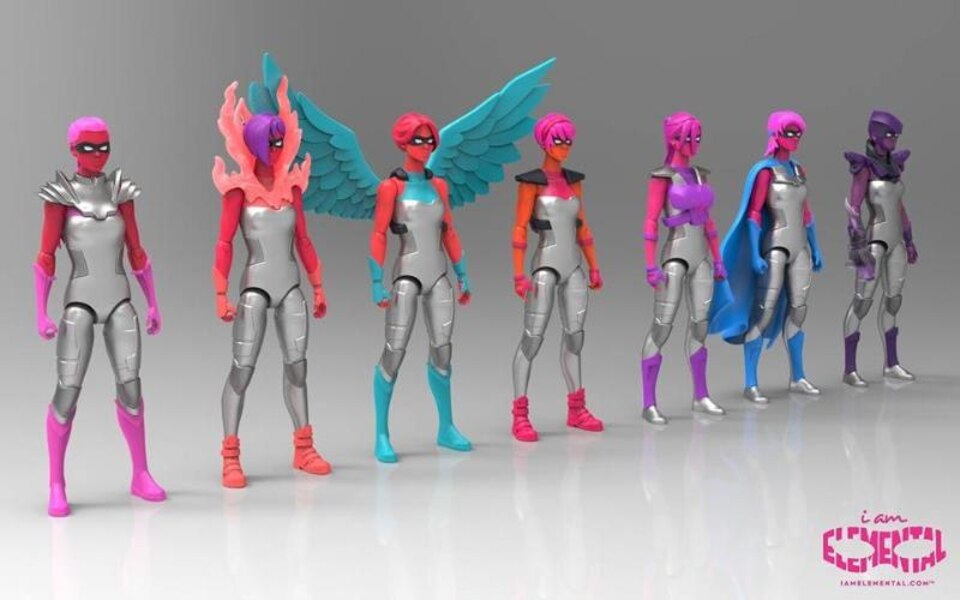