TMNT "Back To The Sewer" Figures From Playmates

TMNT
by Jay Cochran
September 30, 2008
Update: The folks at Playmates have let us know that due to some pricing issues the "Build-A-Figure" Cyber Splinter pieces will come packaged with their full-size Cyber Turtle figures, and not the mini-figures shown below as we originally reported.

One of the major plots within the "TMNT Back To The Sewer" animated series which airs Saturday mornings at 9:30 on The CW 4Kids is the cyber theme. Master Splinter gets trapped in cyber space (along with Cyber Shredder) and the turtles have to enter the cyber world to rescue him. However, Splinter is more than just trapped, he’s scattered across the cyber-verse in bits and pieces. So the Turtles must collect them and rebuild Splinter before they bring him back into the real world.

With that said, Playmates has devised a “Build-A-Figure” promotion where, if you buy all four Mini-Cyber Turtle basic figures, along with the Mini-Cyber Shredder and Mini-Cyber Foot figures, then you can build yourself a bonus Cyber-Splinter figure.

For more TMNT news, head over to ENewsi.com to check out our new interview with Turtle creator Peter Laird.
Image 1 of 4 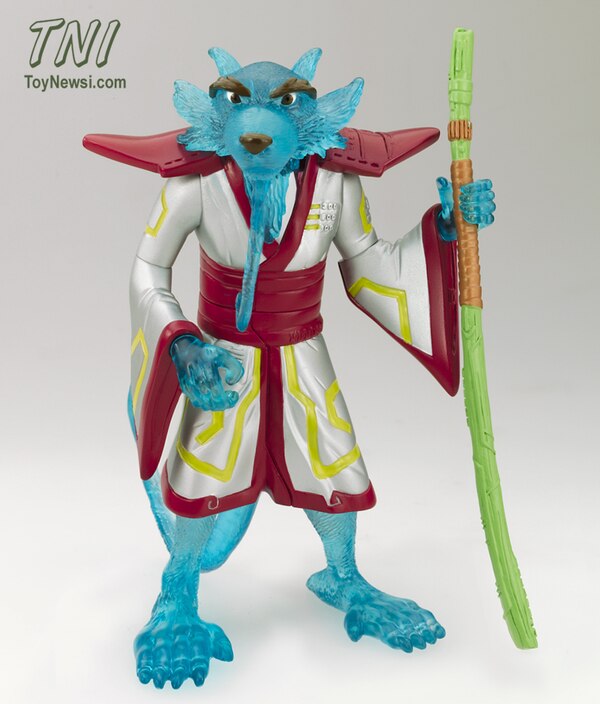 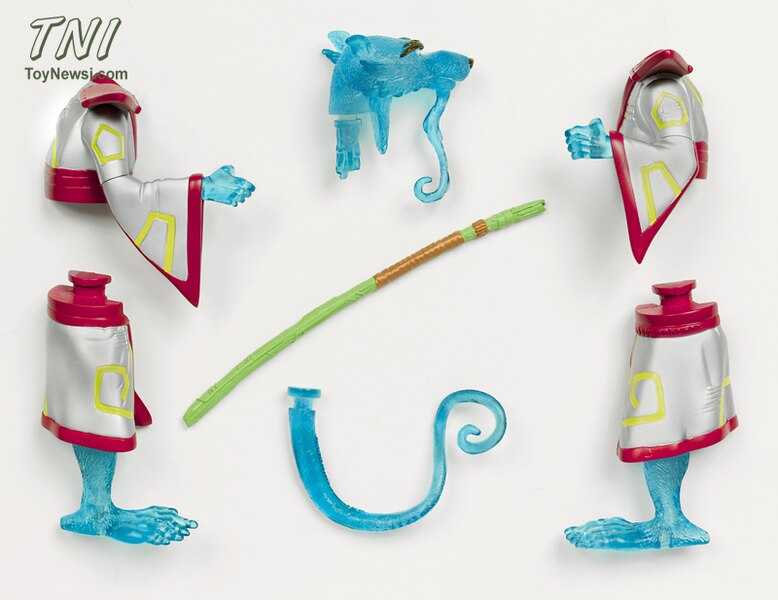 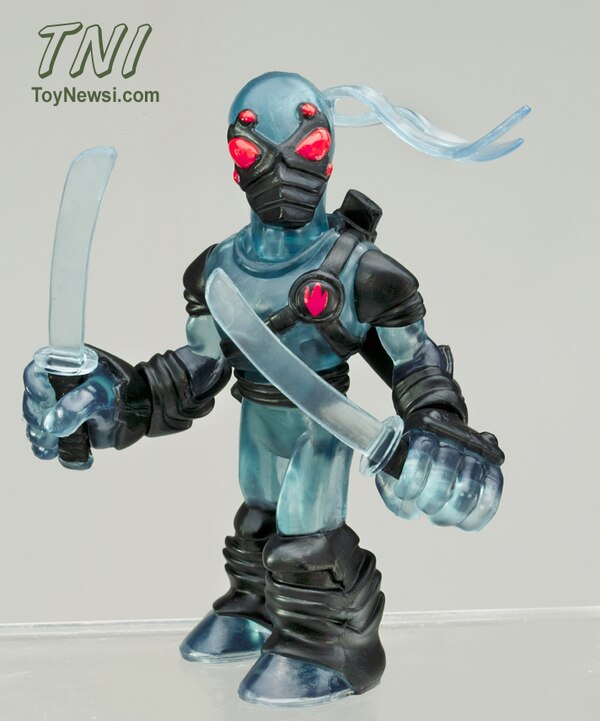 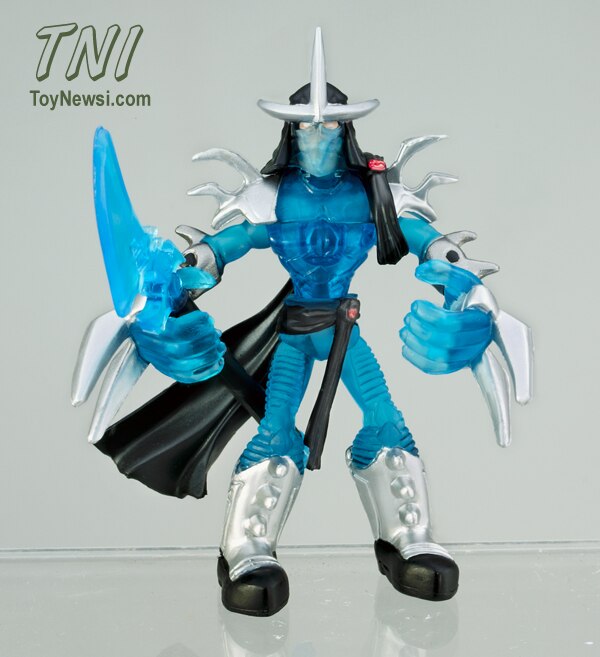 So that Utrom showed in SDCC is an "Utrom" and not Krang which a lot of site were assuming.

Well that is NECA's not Playmates. And after seeing these figures I think I made the best choice in not collecting Playmates figures anymore and I'll just stick with NECA.

So that Utrom showed in SDCC is an "Utrom" and not Krang which a lot of site were assuming.

Hate to be bearer of bad news, but according to the TMNT And Other Strangeness Blog, the guy there, Vaughn Michael, asked Murphy of The 5th Turtle some questions, and it sounds like for the BTTS figures, instead of having the Turtles sculpted more closer to the style of the show, they are just going to be more in style of the TMNT Movie figures(Hence the reason why the BAF Cyber Splinter is just a see through TMNT Movie Splinter). Here's the link for more info:

I like the clear Splinter myself, and I think it's neat. In a sense, it sort of reminds me of the 1st movie when the Turtles at a camp fire, mediatated, and a ghostly image of Splinter appeared and talked to his sons. If I recall correctly, that Splinter was in a bluest colour with a white like robe, similar to the BAF Cyber Splinter.

However, from the sounds of it, I personally would of perfered that the BTTS figures of the Turtles and Splinter(Along with Casey I'm assuming as well) are actually strongly based on the new show instead of reusing the TMNT Movie sculpts. I mean, I'm aware that the designs of the characters from BTTS and the Movie are very similar, but they are not the same. For the Turtles and Splinter, even if they just resulpted there heads just to make them more like the BTTS style and just used the TMNT Movie bodies(Though maybe slightly modifying the front part of the bodies a bit), I could maybe live with that.

That said, I'll wait until I see official pics of the regular scale figures before I reserve judgement, but the Mini Mutant figures of both see through Foot Tech Ninja and Shredder look pretty cool(Sorry, I'm a sucker for see through toys).

It's just a movie splinter with a different color.... come on playmates. Impress me!

Found TMNT "Back To The Se on Ebay