TMNT
by Jay Cochran
July 01, 2015
Mondo is super excited to offer a sneak peek at its offerings for San Diego Comic-Con 2015, featuring the best in artist-driven collectibles for characters, films and comics. This year, more than ever, Mondo is showing off a wide variety of products from an amazing team of designers and world-class artists. Below is a small sampling of the posters, vinyl and collectible figures that will be on hand at their booth #835. 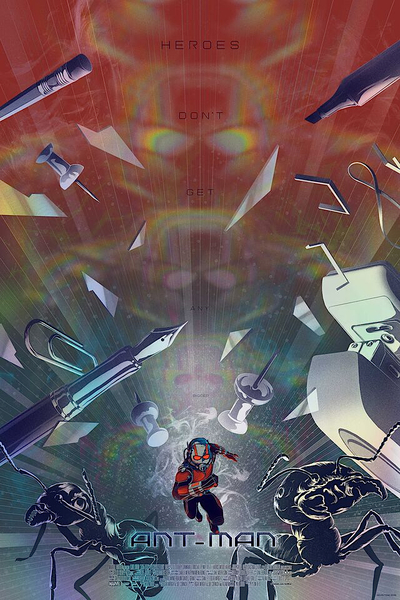 Here's a first look at the Ant-Man screen print from artist Kevin Tong. "In designing the poster, I wanted to show Ant-Man's scale, the intensity of his transformation, and really just trying to make a poster as fun and dynamic as the movie," said Tong.

The poster is printed on holofoil, a unique reflective surface, adding a dynamic element to the print. The regular version of the poster will be on sale at a future date via Mondo's official site. Mondo will be releasing a diverse selection of posters throughout the convention, including the debut of an awesome new license. 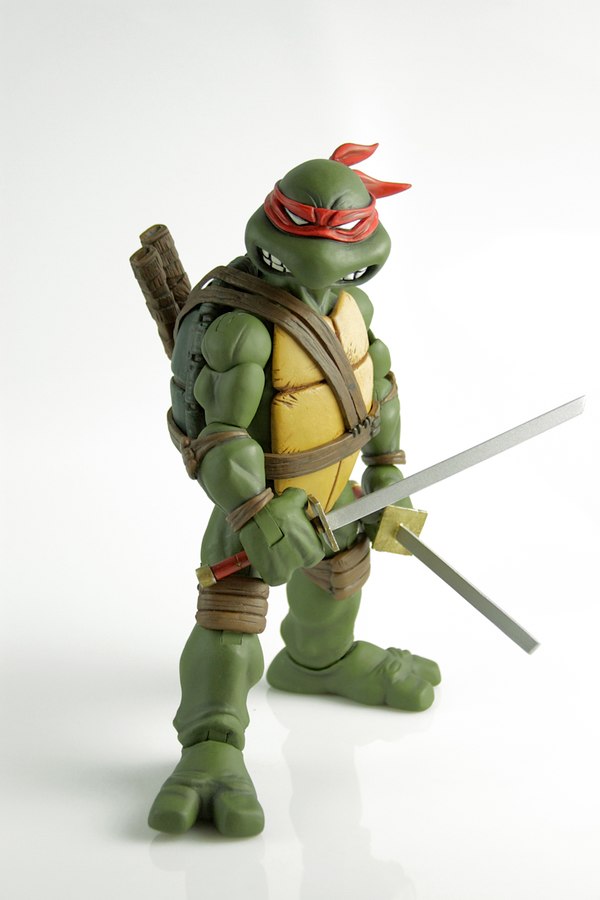 Leonardo is the first in a series of 1/6 scale Teenage Mutant Ninja Turtle figures, inspired by the original Eastman & Laird comic book from the 1980s. Standing approximately 11 inches in height, and featuring 25+ points of articulation, Leonardo includes interchangeable hands, multiple accessories, and a choice of the classic red mask from the comics, or the famous blue mask from the cartoon series! All four turtles will be on display at Mondo's booth. (Price TBD) 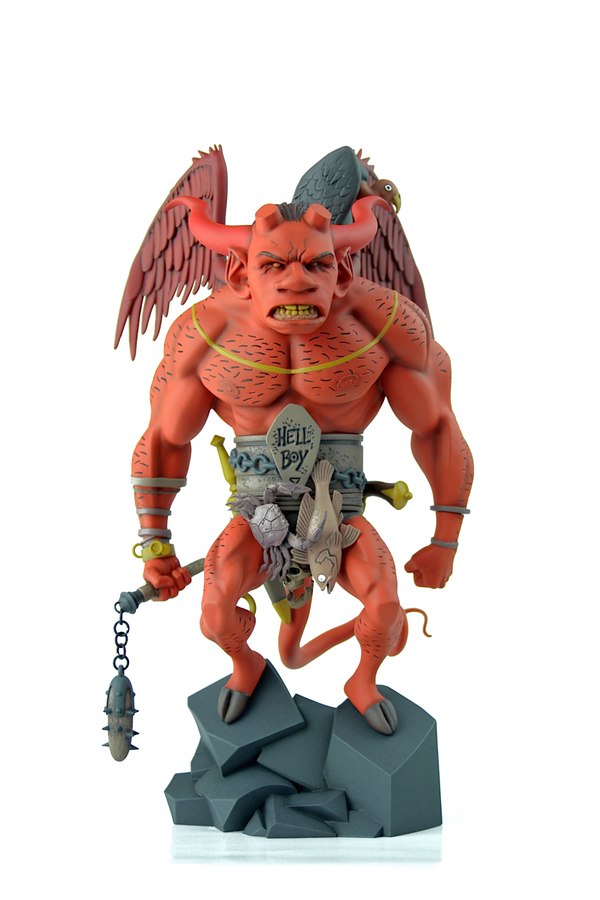 First Hellboy Statue
In 1991, comic artist & writer Mike Mignola did a black & white illustration at a comic convention of a demon character that bore the name "Hellboy" on his belt. This was the genesis of the filed-horned fighter of the supernatural known and loved today. Mondo is excited to bring the original concept to life with a 12" polystone statue showcasing all the strange and fun details of the original drawing. In addition to all the sculpted details, original Hellboycolorist Dave Stewart was enlisted to design the color scheme for the piece. Now is a Hell of a time to bring this piece of comic history home! First Hellboy is currently available for pre-order at MondoTees.com ($200)

Come by the booth to see more collectibles including an early preview of a Godzilla sculpture based on Phantom City Creative's poster design - it's truly a one-of-a-kind piece. 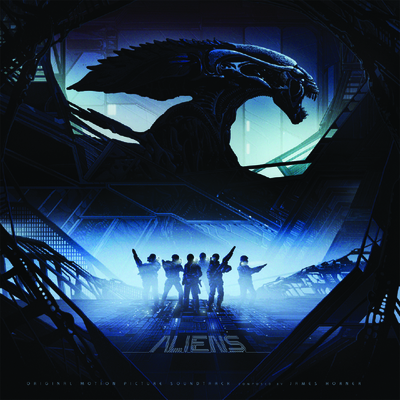 The Academy Award-nominated score for Aliens is an appropriate musical companion to this wildly successful sequel. Much like the film, the soundtrack is a departure from the original, but equally beloved. Composer James Horner took the reigns from Jerry Goldsmith and made something his own: blending the suspense and horror that the franchise is known for, with an element of fun that is unique to this entry.

This deluxe edition soundtrack features over a dozen cues that have never before been released on vinyl, including 5 bonus tracks. Commenting on the design, artist Killian Eng said, "I wanted the alien to play a big role but at the same time incorporate its shape into the materials of the space station, almost like it becomes the station itself, keeping the marines in a steady merciless grip." 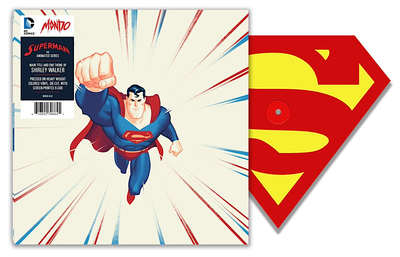 Mondo is thrilled to announce the Superman: The Animated Series Die-Cut single featuring the character's iconic emblem cut in the shape of the Man of Steel's "S" in classic red vinyl or Kryptonite green vinyl. Commenting on the artwork, Justin Erickson of Phantom City Creative said, "I wanted to make this a companion piece to my packaging design for Batman: The Animated Series. While Batman is darker and more serious, Superman needed to be bright, colorful and energetic to reflect the tonal differences between the two." 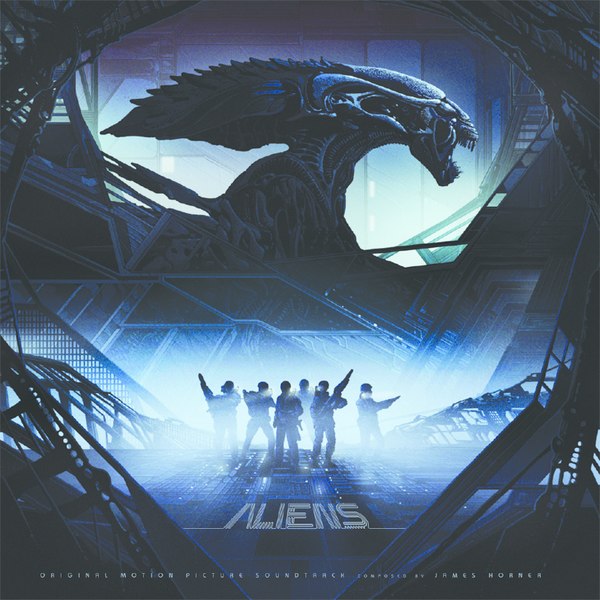 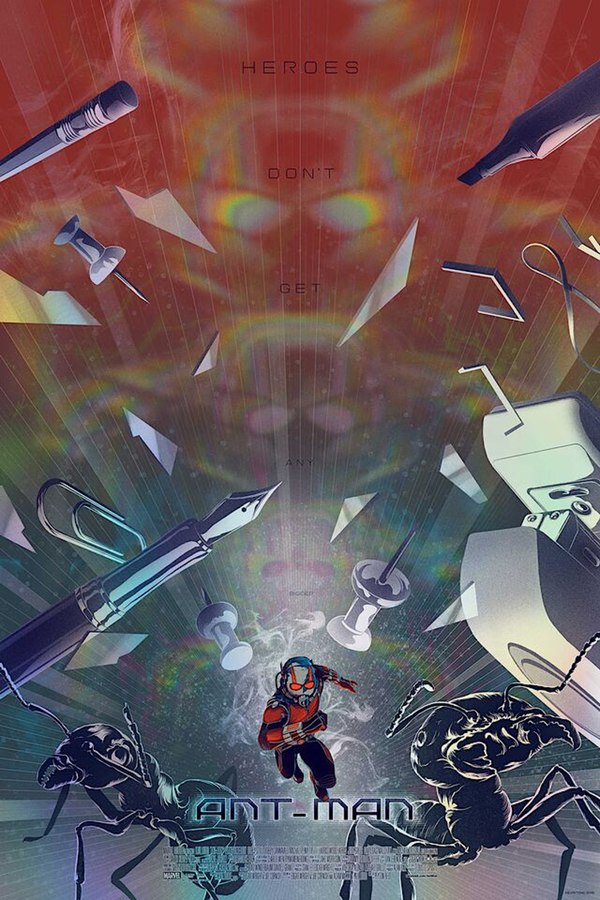 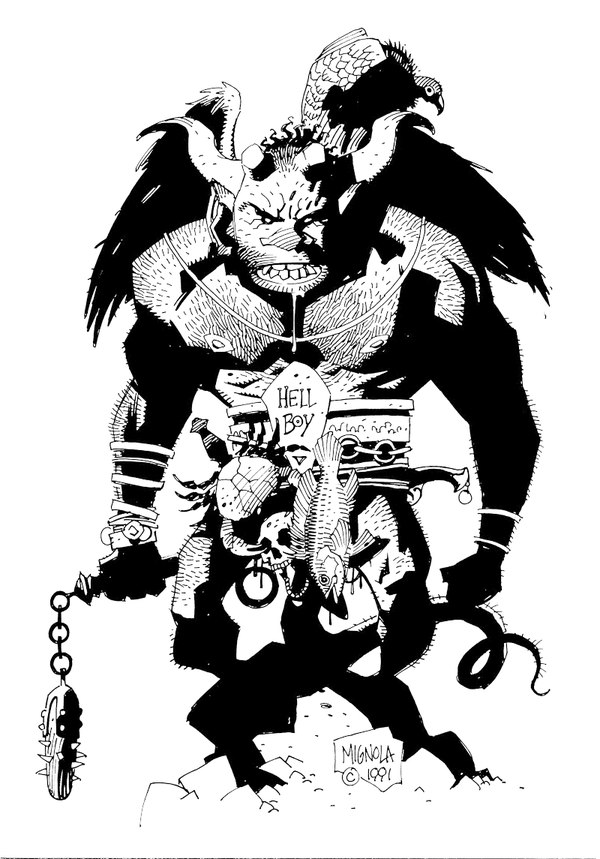 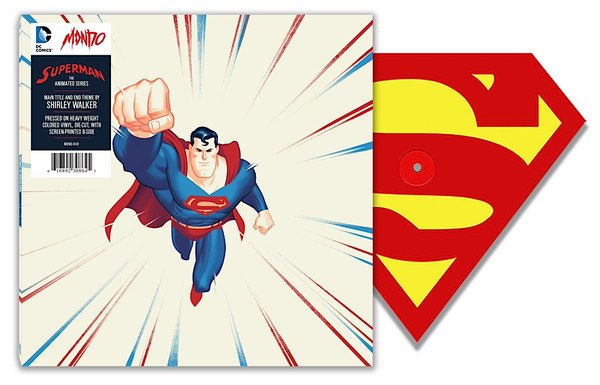