TMNT
by Jay Cochran
August 27, 2018
For those who missed out on NECA's 2018 SDCC exclusive 7" Teenage Mutant Ninja Turtles 90's Movie figures, it looks like you will be getting a second chance at those figures. Gamestop has listed for pre-order all four Turtle figures with individual releases for $22.99 each. The figures are said to be Gamestop exclusives with a February 1, 2019 release date.

NECA states the figures will have weapon accessories but things like the pizza and mutagen canisters that were featured in the SDCC exclusive set will not be included.

UPDATE: Every since yesterday's news I've had a number of folks who live outside the US ask if the Turtle figures will be offered in their countries. I reached out to NECA who said that the United States and Australia are the only two places they are allowed to sell the TMNT figures due to licensing.

UPDATE 2: Looks like Gamestop has stopped taking pre-orders for the figures, at least for now. The figures are still listed on the site but not available for actual purchase. If you weren't able to get your pre-order in then I would just periodically check the site as we get closer to the release date.

UPDATE 3: The figures are once again available for actual pre-order.
Image 1 of 7 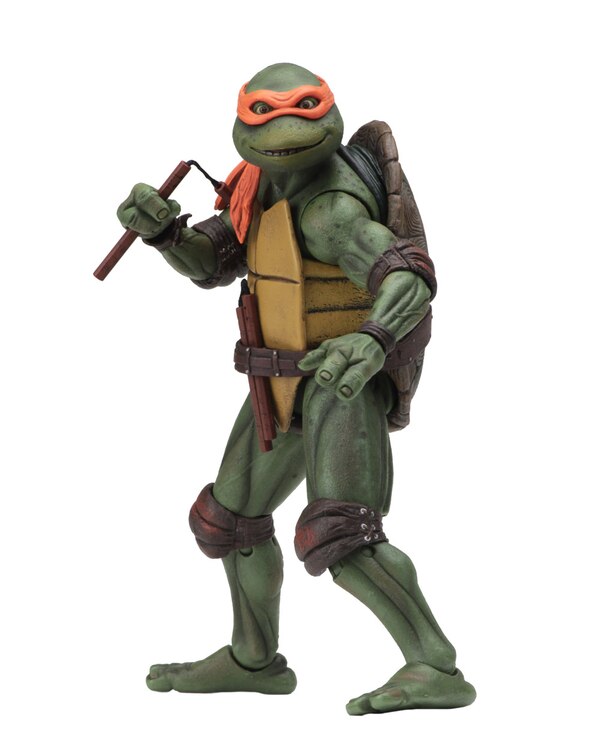 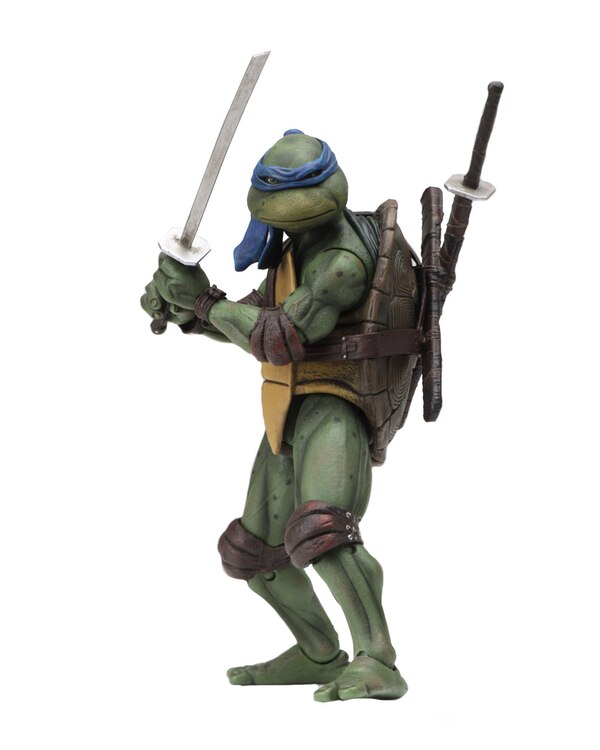 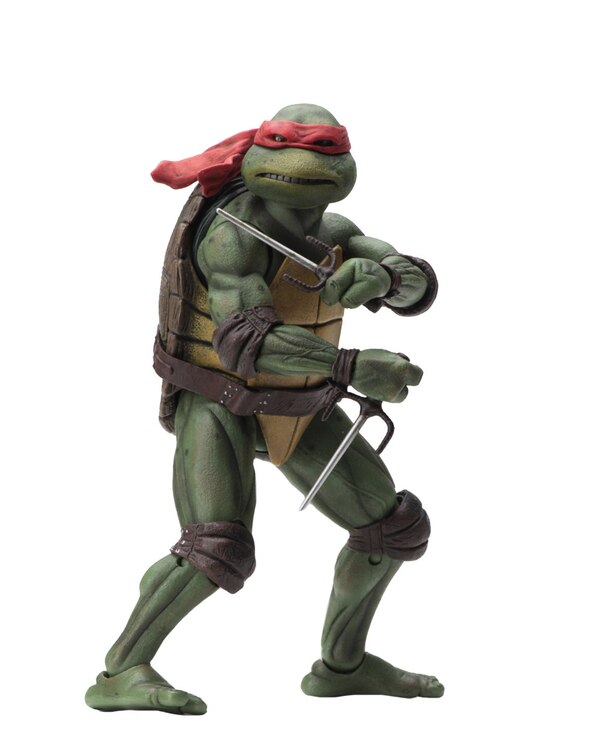 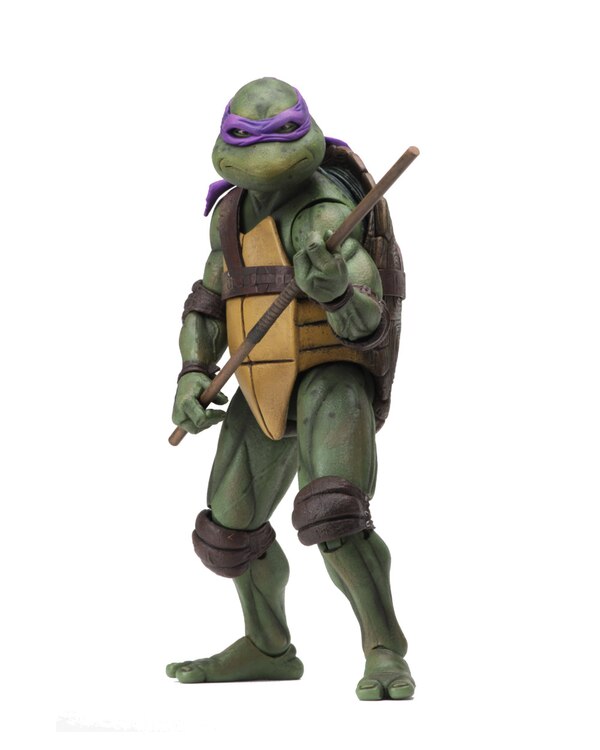 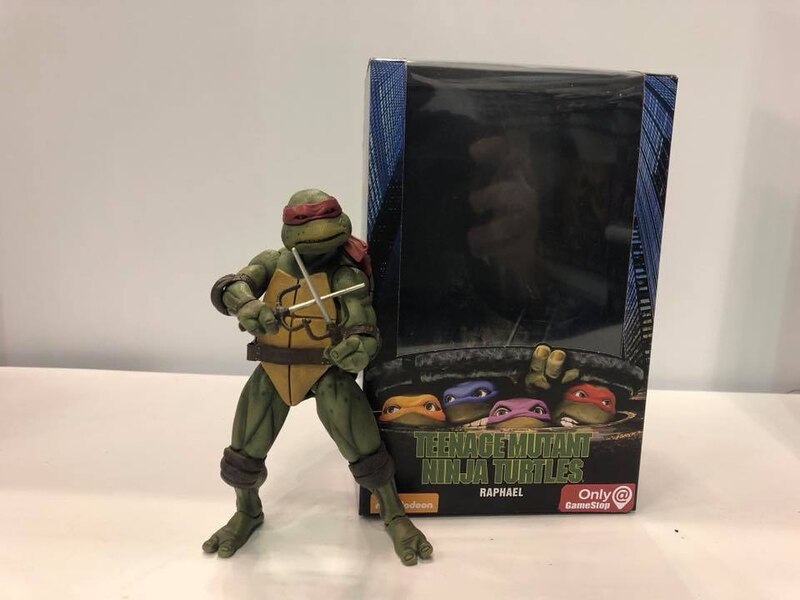 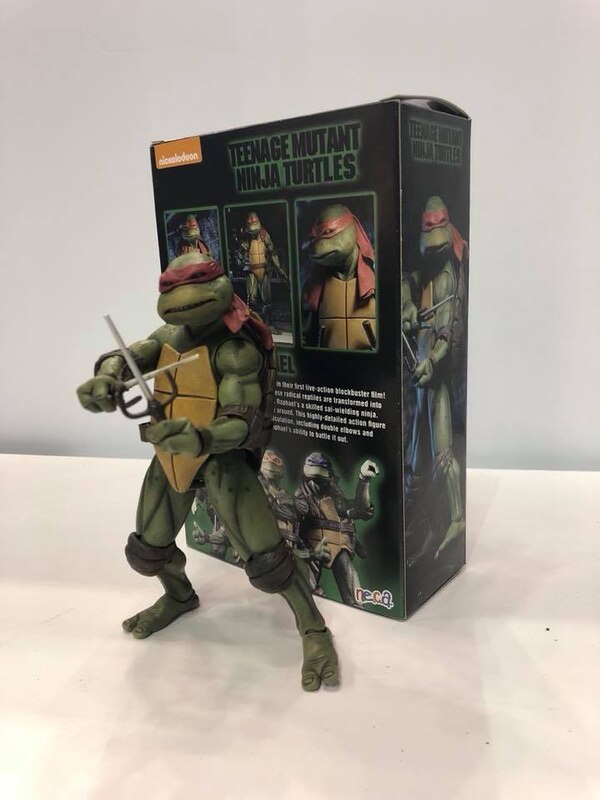 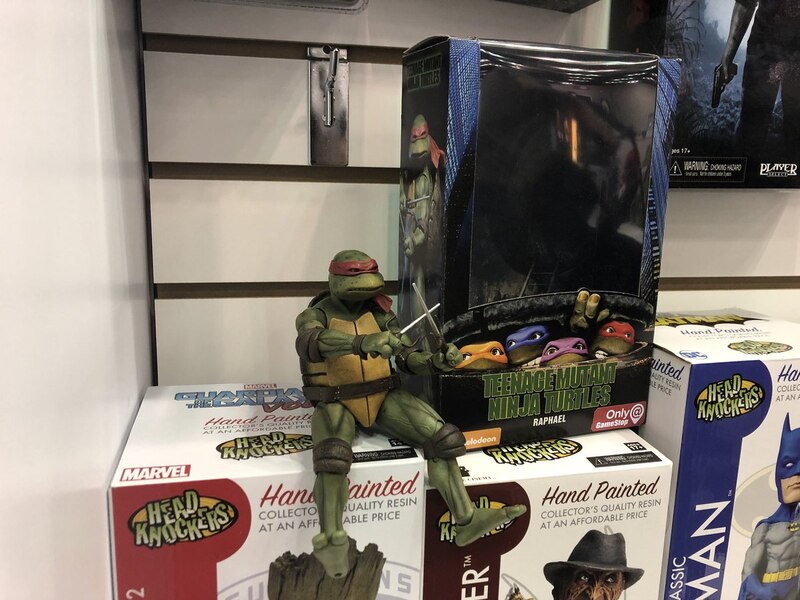 I think I may just buy these instead of the 1\4th scale versions... always see pictures of broken legs and it put me off.

Hopefully theyve cleared up the licensing issues with Playmates.

Thats what Im really hoping this means, as well... Id love to be able to get my hands on that cartoon set Shredder and Krang that they did last year.

I got mine preordered I cant wait to get them

Really hope this meanswemight getNECA video game TMNT figures in a retail setting. The prototypes were amazing. Hopefully theyve cleared up the licensing issues with Playmates.

^ My fingers are well and truly crossed for their being able to make this the norm. Of course, itll all depend on the licenses in question, and how theyve been contracted to distribute them. But, if more people can actually get their hands on sets like this, the more, the better!

I was really sad when the sdcc set sold out, thought I was never going to get my hands on these (Ive got my set of 4 preordered now, and Im pumped, I believe once I have them in my hands ill be as happy as I was when I first saw the movie back when I was a kid) that being said, Aparently Neca has plans for another pack for next years SDCC Ireally hope they continue this new way of selling them so everyone can get their hands on these amazing figures (I have my fingers crossed that they get to sellinglast years cartoon figures in stores as well).

^ I saw quite a few folks saying that they got as far as checkout and bam, they were sold out by the time the page loaded. I didnt even have the funds to try, and that was maddening enough, let alone what it mustve felt like to get that close! I really hope I can get the funds together for them this time around.

Im super happy I can get this set. I tried to get it the 3 days it went up on necas Site and failed. I had it in cart and while payment wasnt processing they went out of stock. Im sure some people who got the exclusive may be pissed but at least it isnt exactly the same as it is missing accessories and the packaging is different. Would be cool if they sold the diorama also at GameStop

^ Itll mean Ill have to save up a little, but if I can order them sometime around Christmas, as my birthday is around that time, it shouldnt be a problem snagging a set. That is, if theyre still available by then.