Get Rady For A Brand New Year Of Fantatic Exclusive

Four Horsemen
by Jay Cochran
January 21, 2009
2008 was a year that had its’ fair share of ups and downs for everyone, but the New Year is here and it’s time to get ready for a FANtastic 2009!

Having put their previous production woes behind them, the guys at Four Horsemen Toy Design Studios hope to soon go into production on new figures, and they’ve once again launched into their online fan-based project – FANtastic Exclusive (https://www.FANtasticExclusive.com) which is up and running right now!

For those not familiar with FANtastic Exclusive, it’s a project the Four Horsemen created where action figure fans get to be actively involved in choosing their favorite characters and various aspects of those characters from many of the Four Horsemen’s creator owned properties. Through rounds of online voting, fans will help in the actual creation of an action figure!

Once the character is chosen and all of the aspects of that character have been decided by action figure fans, very limited numbers of those figures and variants of those figures will be produced and sold through various online toy retailers and toy news websites, action figure magazines, comic conventions and the Four Horsemen’s very own online store – Store Horsemen (https://www.StoreHorsemen.com).

Previous Four Horsemen characters chosen to represent FANtastic Exclusive are Xetheus and Ramathorr – both from the Horsemen property “7th Kingdom”, and from depths of “Gothitropolis”, Scarabus (an upcoming FAN-Ex release).

The first round of FANtastic Exclusive 2009 voting going on right now is a knock-down, drag-out brawl between 28 characters from various Four Horsemen properties. The voting is simple – You just click on whichever character is your favorite. The six broken and bleeding characters left standing with the most fan-based votes will move on to the next round of voting where they’ll have to go toe to toe against their remaining opponents once more.

That’s it! No big deal, right? Sure it might get a little rough in there, but you’re up for it!

The Horsemen aren’t going to get caught up in which properties the characters belong to this time. They just want you to choose the character you think would make the coolest action figure.

Got it? Then get to it! The Horsemen need your help. This is going to be a very short round of voting and you haven’t even clocked in yet! Don’t forget your boxing gloves and mouthpiece. Have a FANtastic New Year!

FANtastic Exclusive 2009. Where hitting below the belt is not only legal, it’s encouraged!
Image 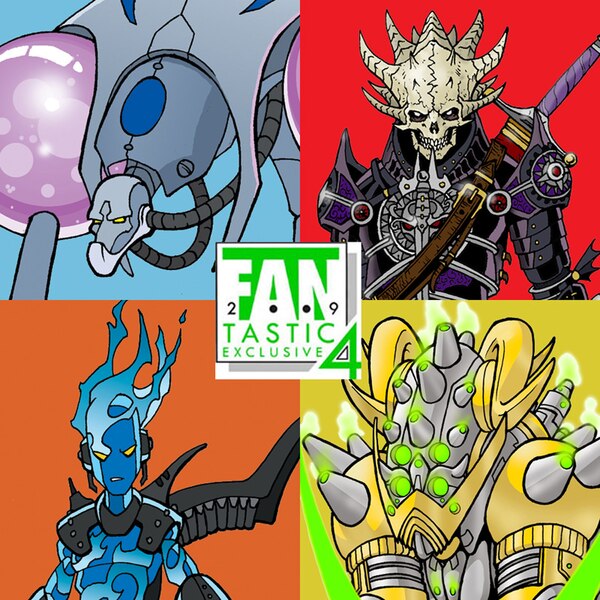 Search Online Stores for Get Rady For A Brand