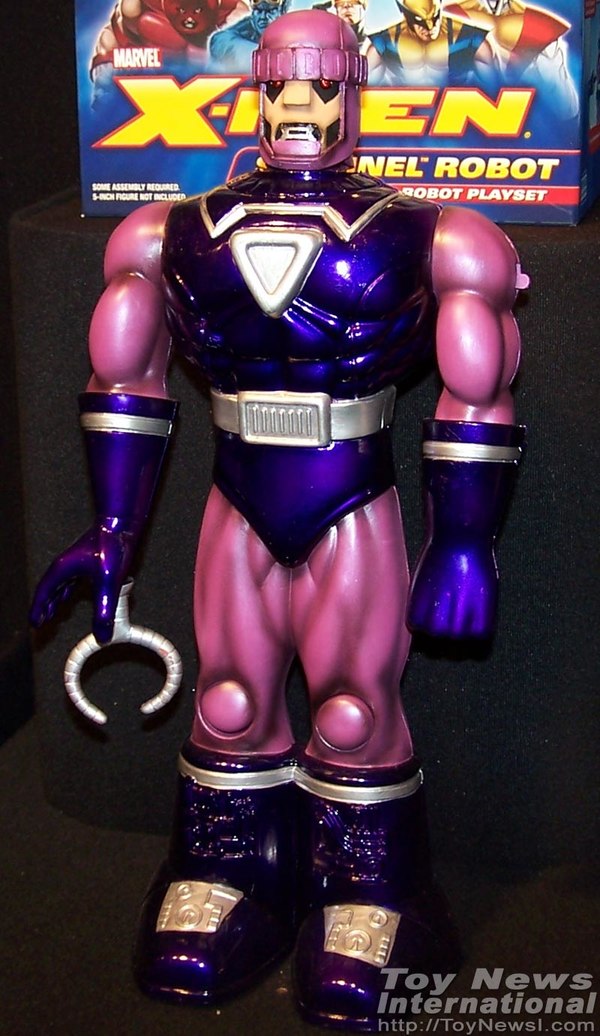 
Many have been asking if we will see actual action figures based on this summer's X-Men 3 blockbuster film from 20th Century Fox, or will the current line of X-Men figures being released by Toy Biz be it? Though details are still a bit sketchy, Jesse Falcon of Toy Biz did say during this year's Toy Fair that we would see some figures based on actual X3 movie characters. However instead of having their own movie line, they would be mixed in with future assortments of Marvel Legends. Jesse had also stated that the reason we were seeing these current X-Men figures, which are loosly based on various appearances of the characters from the comics, was to tide fans over. The movie had gone into production so fast, that Toy Biz was not able to have actual movie figrues ready in time.

Now keeping all that in mind, it was also indicated we would not start seeing actual X3 figures until 2007, which by then Hasbro will have taken over the production and distribution of Marvel based action figures from Toy Biz. At this point no one is willing to go on record to say what exactly Hasbro plans to do in 07. From what we were told about the X3 figures, it would seem Marvel Legends will continue into 07 once Hasbro takes over, and that in those Marvel Legends we would see X3 figures. However at this point we can only take that as speculation, since no one will confirm any plans beyond 06, other then we are assured by Toy Biz reps that Marvel action figures will be in good hands once Hasbro takes over.