Mattel
by Jay Cochran
January 03, 2021
Here in the US new Masters of the Universe Origins products from Mattel have begun showing up at Target stores including the new Deluxe Battle Armor He-Man and Skeletor figures. The DCPI# for Skeletor is 087-16-5586. These figures are no longer exclusive to Walmart. The images of the Battle armor figures come via plaityme who also put together a quick video showing off the battle armor chest flip motion which appears to work better on Skeletor than He-Man.

In the images he also shows off how you can mix up parts between these new Deluxe Battle Armor He-Man and Skeletor figures with the regular versions including the heads and legs.

Other products I've heard hitting Targets includes the wave of figures with She-Ra, Roboto, Mer-Man And Zodac. I've also seen reports of Battle Cat and the Sky-Sled with Prince Adam now being found at Target stores. Some of the older figures that were originally released at Walmart last year I believe have also been seen at Target's now.

The new Origins Panthor has also been found Target here in the US as well as Walmart stores in Canada. The one I saw found at Target was seen in an Oregon store. The package images of Panthor come via possessedhorde and the out of package shot with Skeletor riding him comes via eternal_eternia.

As of this posting Target has yet to list any of the new Origins product on their website, of course you can pre-order all of these items from places like our sponsor BigBadToyStore.com.

Also don't forget that there will be a Flocked version of Panthor released for $39.99 and Walmart sometime in the near future. 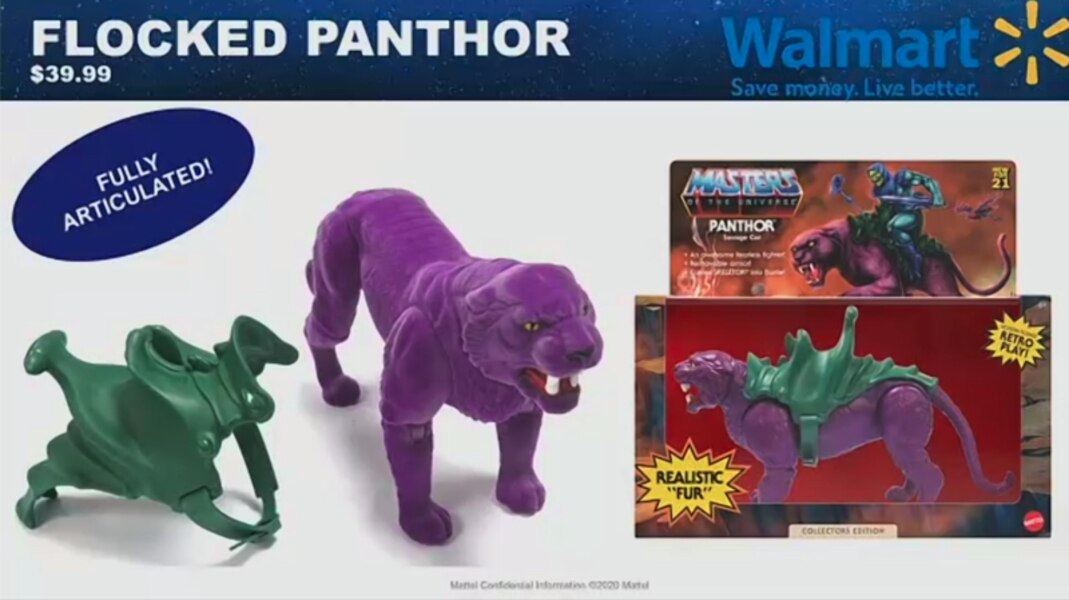 Check out all the new in-hand images for the regular Panthor, Battle Armor He-Man and Battle Armor Skeletor below. If you see any of these in the wild please feel free to help your fellow collectors out by posting the locations and images of your finds below in the COMMENTS SECTION as well as any other pertinent info like DPCI#'s or UPC numbers.
❮ ❯

Oh nice... I already made a big pre order of all the figures for this year so this vehicle will have to be added to everything I will start adding to my cart for the next order...???

Oh boy! That Wind Raider was a childhood favorite of mine, but unfortunately I didn't get the chance to get it then--not in my parents' priority list. Got mine from BBTS. I think I got it when it was on sale. Good deal!

The Target near me had some of the Motu products out, it seems that the Prince Adam with Sled and the Panthor are the popular ones.

Nothing official on Masterverse has been said since Power-Con but there is what has been said a leaked image of Moss-Man https://toynewsi.com/241-37426

I don't know if continuation of Classics is the right word but my guess they will look good together on the shelf.

Look good... ?? Yeah ... Crossing my fingers. But quality of materials and style encompassing that of Classics? May the good Sorceress guide you, #mattel ???

Sad. Consolation for me: this shark vehicle can't accommodate my Classics (unless I see several reviews saying otherwise. So pass for now!!

I'm glad to see that the Battle Armour figures still retain their Battle Damage Gimmick.  Was worried that they would more do the Classics style of different swappping chest plates.  It just wouldn't be the same without it, as it looks like they still retain most of their articulation, as I assume they only loose the waist joint.  Personally can live without the waist joint for these figures.

If they ever do the Hurricane Hodak, there is a part of me that really hopes they give him a swapping right arm to also give him a regular arm.  Though I suppose in this case, it would mean that they wouldn't have the Dial feature at the back of the figure like the original.  Though maybe the cannon arm can still have a spin feature at least of some sort, just be spinning the weapon on the cannon when you put the accessory inside, similar to how Helicopter toys are done.

wait did no one notice they cheaped out on the attached guns??? ? they are hollow on the inner parts! the previous press photo does not show this!might as well get a vintage one instead

Oh yeah. I see that now. That looks like garbage. Really takes away from the rest of the vehicle's looks.

Looks pretty good.?? I already pre ordered all the figures from the bigbadtoystore so I may get this one and Castle Grayskull when is released at my local Walmart stores.???

wait did no one notice they cheaped out on the attached guns??? ? they are hollow on the inner parts! the previous press photo does not show this!might as well get a vintage one instead

So far I've seen around 30 each of He-Man and Skeletor and no other characters.

Masters Of The Universe Origins Wind Raider Coming From Mattel 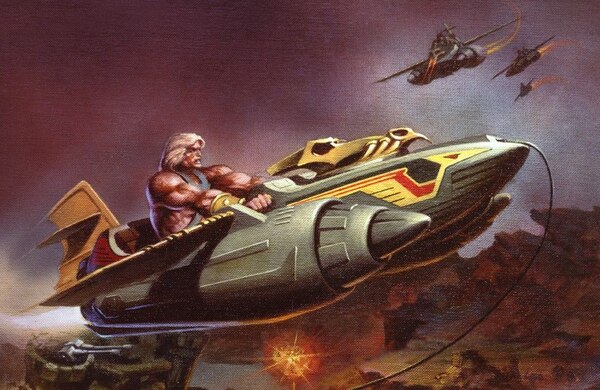 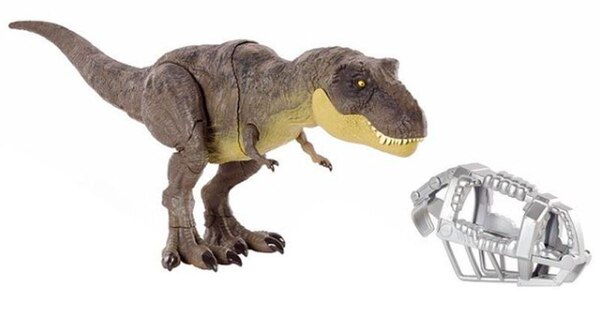 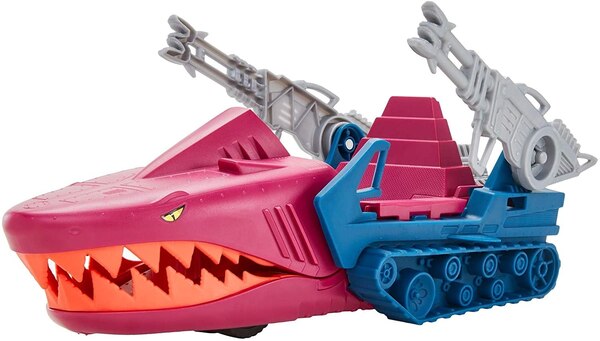 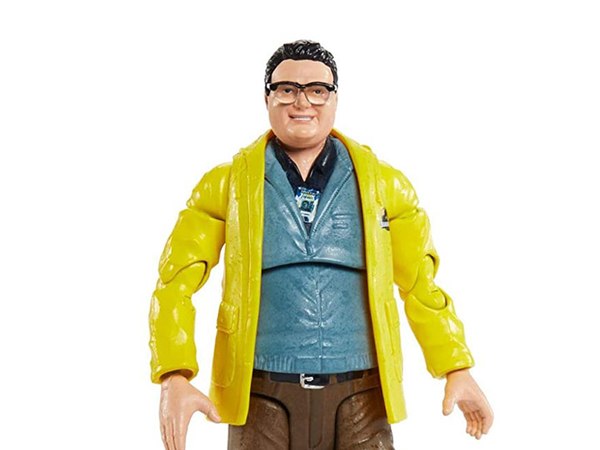 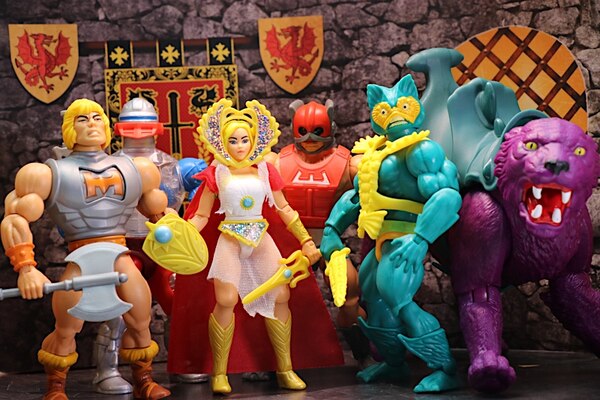