Shocker Toys
by Jay Cochran
March 27, 2008
Comic-Con returns to New York April 18-20th and Shocker Toys LLP will be in full force at Booth# 962 with new product showcasing and bringing a show exclusive to the event.

Very pleased will be the fans of Rob Schrab’s Scud, Shocker Toys LLP will have on hand SCUD the Disposable Assassin. SCUD comes from a world in which you can buy intelligent robots out of vending machines which destroy a specified target and then self-destruct. Scud, an average Heart Breaker Series 1373 model on his first mission is sent to destroy Jeff, a rampaging female mutant with mousetraps for hands, an electrical plug for a head, and a squid for a belt. During his first mission, Scud glances in a mirror and sees the warning label on his back explaining how he will explode upon completion of his mission. Realizing that he doesn't want to explode, Scud wounds Jeff then takes her to a hospital placing her on life support ensuring their mutual survival. Scud's begins a career as a freelance assassin working to pay off Jeff's medical bills. SCUD comes with a bulls-eye base and his two 11mm guns. This is a limited edition figure with only 400 pieces produced.

Also on hand will be the unveiling of Indie Spotlight Series 2 which will consist of Dick Tracy, Zombie King (Deadworld), Jack the lantern, Ignacia (Wildguard) and The Tick. Indie Spotlight is a new action figure series from Shocker Toys presenting independent comic book characters in 6-7” super poseable figure form. Series 1 features (Jim Valentino’s ShadowHawk, Rob Schrab’s Scud the disposable assassin, Terry Moore's Katchoo of ‘Strangers in Paradise’, David Mack’s Kabuki and MTV’s The Maxx 8”. th3rdworld Studios, producers of Eskimo Dave and the designers of the Indie Spotlight logo and packaging will be at the Shocker Booth all week. www.th3rdworld.com

The SCUD figure will be Available at NY Comic Con (4/18-20, 2008) and on Shocker Toys.com for pre-order for attendees and non-attendees, while supplies last (limited to 400pcs).
Image 1 of 4 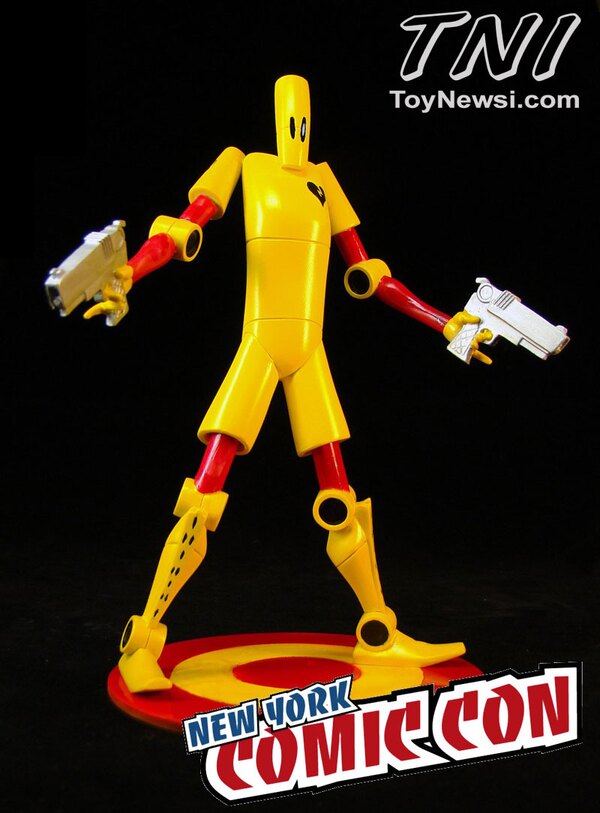 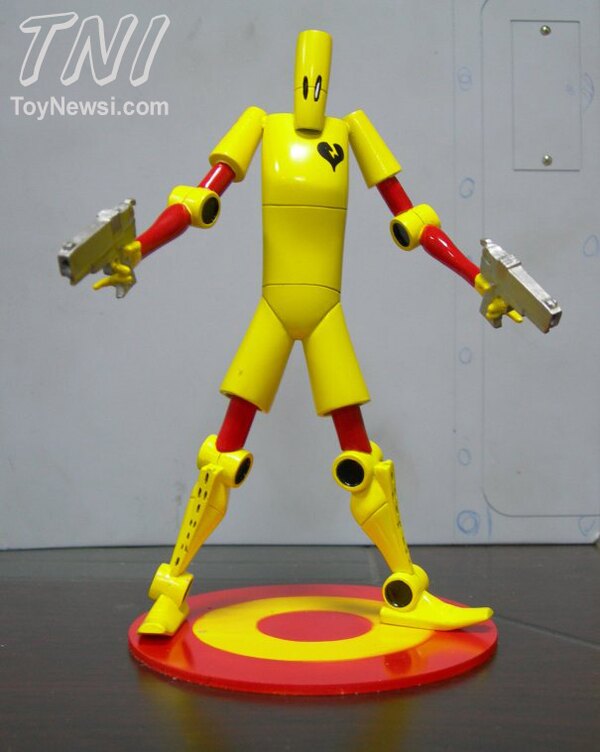 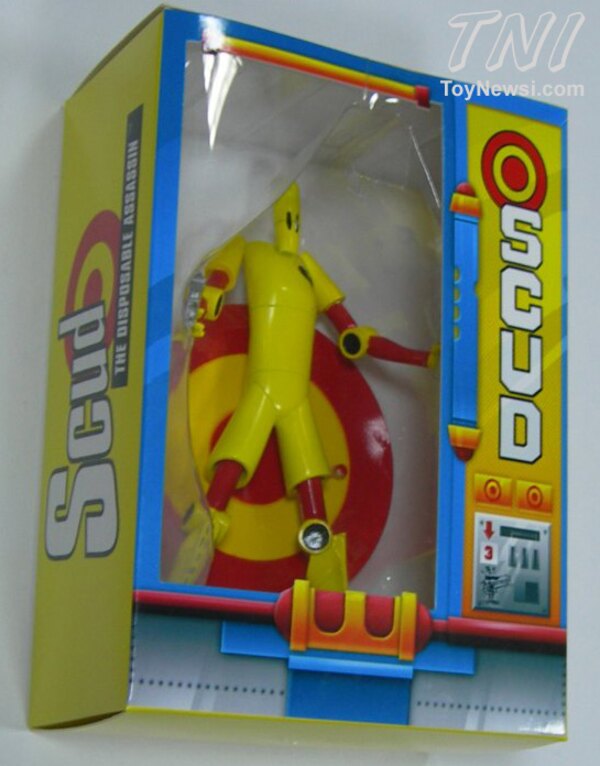 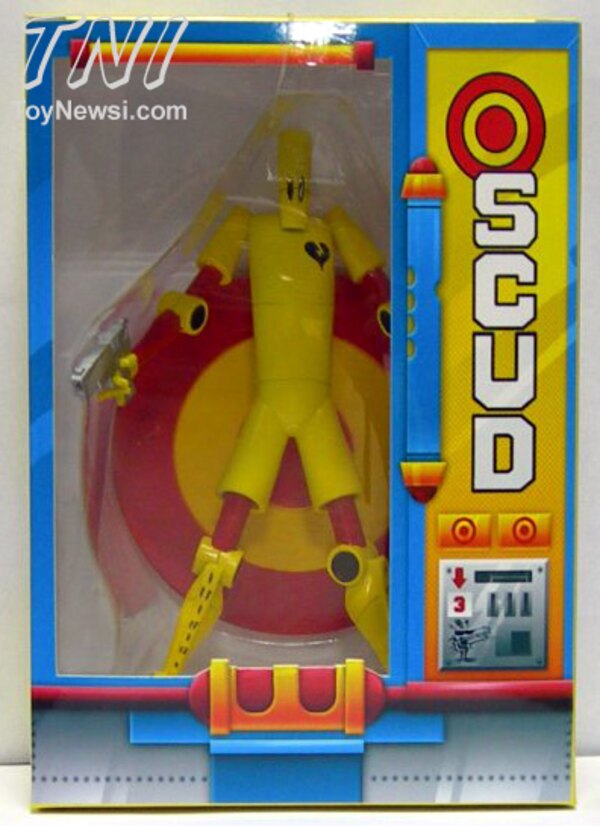