Disney
by Jay Cochran
May 06, 2008
The timeless and fascinating Narnia series has been captivating fans and collectors for over 50 years, and on May 16th Walt Disney Pictures and Walden Media are bringing the world of Narnia back to the big screen with the release of The Chronicles of Narnia: Prince Caspian. In conjunction with the film release, Disney Consumer Products announces an all new exciting product line which focuses on quality and authenticity. The toy range has impressive detail and industry leading points of articulation and features.

“The Narnia Prince Caspian product line gives fans the opportunity to be immersed in the world of Narnia, and with the action figures, swords, playsets and video game, they can recreate the adventure in a fun and dynamic way,” said Eva Steortz, vice president, Global Franchise Development, boys and film, Disney Consumer Products. “In addition, collectors will covet the highly detailed statues and busts produced by masterful artists who have created realistic, quality collectibles that last a lifetime.”

The Prince Caspian toy line created by the Play Along® division of JAKKS Pacific®, and now available at retailers including Toys R Us and Target, empowers kids to relive the action-packed scenes from the film and imagine they are part of the magical world of Narnia, rich with talking animals and mythical creatures. The line includes highly-detailed action figures and playsets, as well as heroic role play items.

The 3.75” and 7” action figures represent over 25 different heroes, villains and fantasy creatures from Narnia. Kids can collect the figures, and imagine they are part of the magical world of Narnia! The Prince Caspian Action Figures are highly-detailed and have authentic battle action features representing how each character actually battles in the movie. For ages 4 and up, SRP $6.99 - $14.99.

The Narnia action figures can be used to recreate the battle scenes from the movie with the Deluxe Castle Playset. With over 15 action features, lights and sounds, authentic detail and deco, over 2 feet of vertical play and 360 degree play value, this playset creates the ultimate Narnia adventure. Kids re-enact battle on the dueling discs, fall through trap doors, navigate over collapsing bridges, survive the dungeon, escape through the secret elevator and help Caspian reclaim his throne. For ages 4 and up, SRP $59.99

Kids can transform into their favorite Narnia characters with The Chronicles of Narnia Prince Caspian Narnia Battle Armor. The action-packed Gauntlet Crossbow fires foam arrows, and the detailed Helmet and Dagger will have kids feeling just like King Peter as they defend the world of Narnia. For ages 4 and up, SRP $9.99

When it’s time to battle to save the kingdom, they’ll need The Chronicles of Narnia Swords of Narnia. With three styles to choose from – King Peter, Prince Caspian or the Evil King Miraz – each sword features authentic details from that character’s sword in the movie. During battle play, real sword slashing battle sounds can be heard! For ages 4 and up, SRP $9.99

With combat, exploration and puzzle solving that extends beyond the film, The Chronicles of Narnia: Prince Caspian video game is the ideal complement to the movie-going experience. The game features 20 playable characters including the ability to play as Prince Caspian. Released by Disney Interactive Studios, the video game will be available at major retailers on the Xbox 360® video game and entertainment system from Microsoft, PLAYSTATION®3 computer entertainment system, the Wii™ home video game system, PlayStation®2 computer entertainment system, Nintendo DS™ system and Windows-based PC. Developed by Traveller’s Tales, The Chronicles of Narnia: Prince Caspian for home consoles and Windows-based PC takes players throughout Narnia and includes a level, which is unique from both the novel and the film.

The Chronicles of Narnia: Prince Caspian video game is rated Teen with violence.

Weta Collectibles has once again teamed up with Disney Consumer Products and talented technicians to create a line of statues based on the film. Working closely with Disney and their creative team, Weta Workshop designed and produced many of the props and costuming for the sequel, gaining a unique insight into the world of Narnia. The Weta Collectibles range features limited edition polystone statues of iconic characters from the film, including Prince Caspian himself, the irrepressible warrior mouse Reepicheep and a Saytr in mid battle. Also included in the first pieces of the range is a 1/5th scale mini-bust of the Minotaur, and a collection of 1/4th scale miniature helmets, based on the full sized costume pieces Weta Workshop’s artists designed and built for the Chronicles of Narnia films.

Robert Tonner's collection of TONNER CHARACTER FIGURES™ (TCF) depicts William Moseley in the role of Peter Pevensie; Anna Popplewell in the role of Susan Pevensie; Skandar Keynes in the role of Edmund Pevensie; and Georgie Henley in the role of Lucy Pevensie. Ranging from 13”-19” tall, each perfectly replicated Pevensie sibling comes authentically dressed. The intricate costume details range from real buttons and lace-up shoes to custom knit sweaters. The kings and queens of Narnia also have separate coronation costumes available which include fine details such as intricately molded crowns, hand-embroidery details and luxurious fabrics. These wardrobe adventurers are perfectly scaled and composed of fine quality hard-plastic and vinyl. Each figure features hand-painted face details and 14-points of articulation for the most realistic poses.

Narnia collectibles will be available in collectible and comic book stores in July 2008.

About The Chronicles of Narnia Prince Caspian

The Chronicles of Narnia Prince Caspian is based on the classic novel series by C.S. Lewis and will be the second story in the series to become a major motion picture, following the 2005 release of The Lion, The Witch and The Wardrobe. Prince Caspian follows the Pevensie children – Peter, Susan, Edmund and Lucy – as they are summoned back to Narnia to help Caspian rescue the kingdom from his evil uncle’s rule and restore magic to the glorious land of Narnia. The live-action and computer graphic imagery film is being directed by Andrew Adamson (Shrek, Shrek 2) and stars many of the same cast members who brought The Lion, The Witch and The Wardrobe to life.

For more information on the upcoming movie, head over to ENewsi.com.
Image 1 of 18 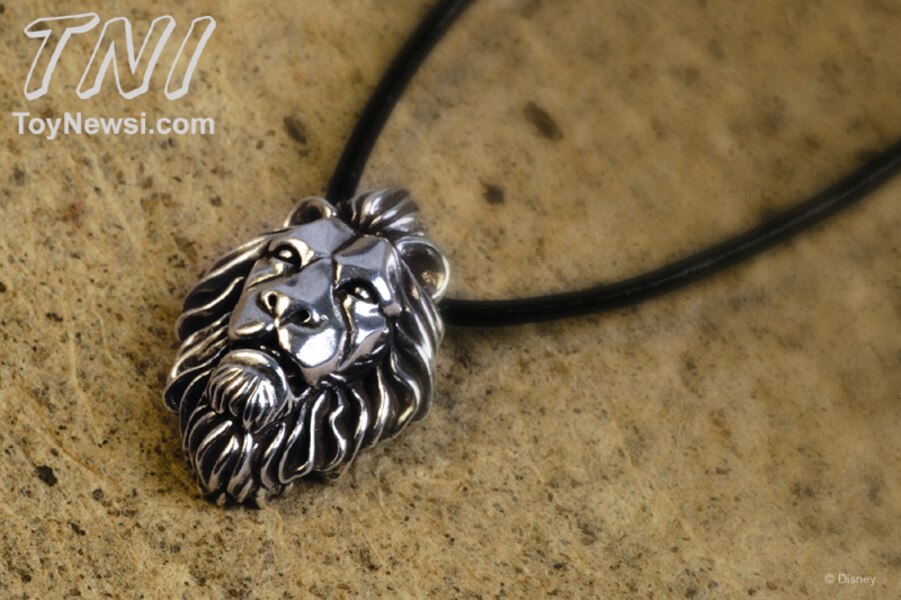 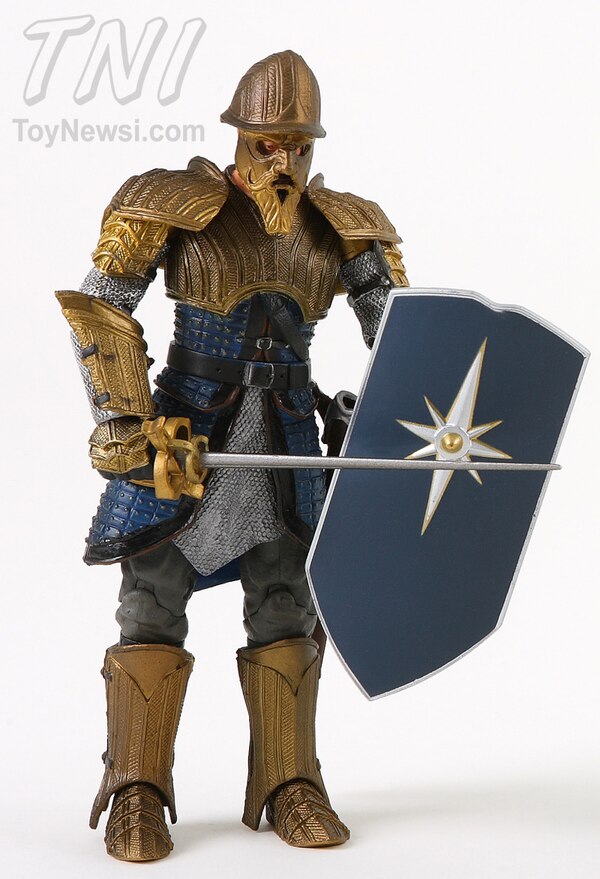 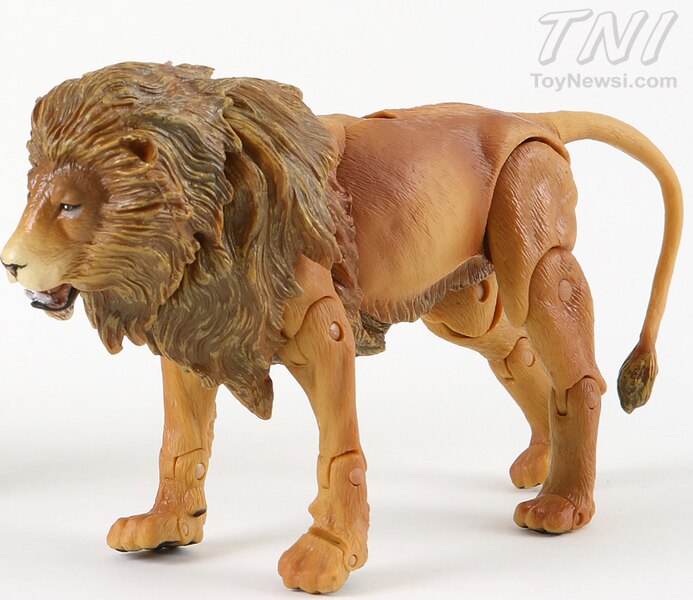 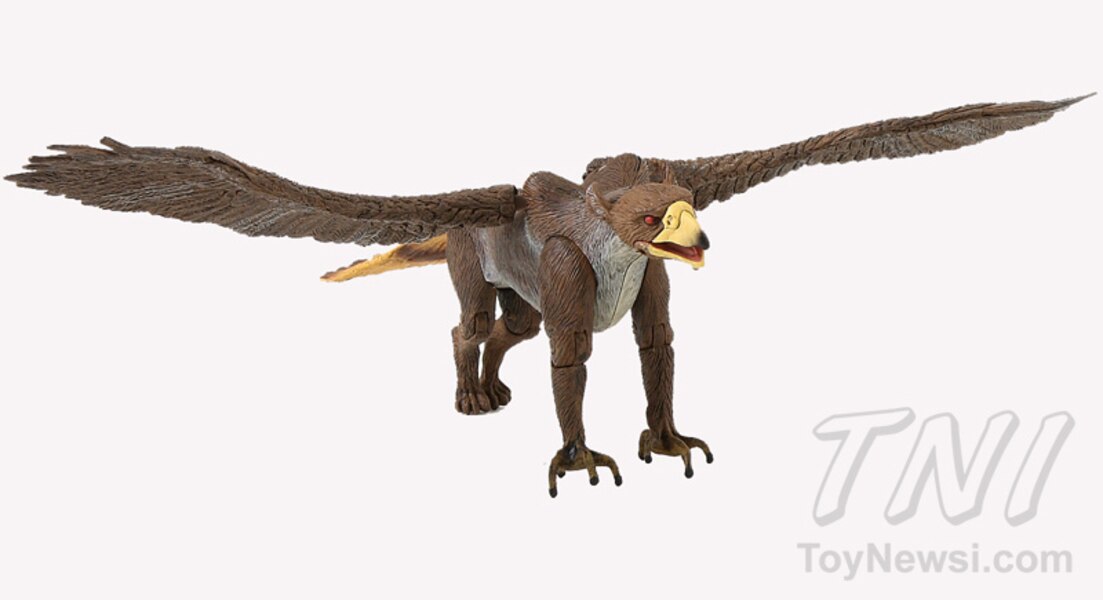 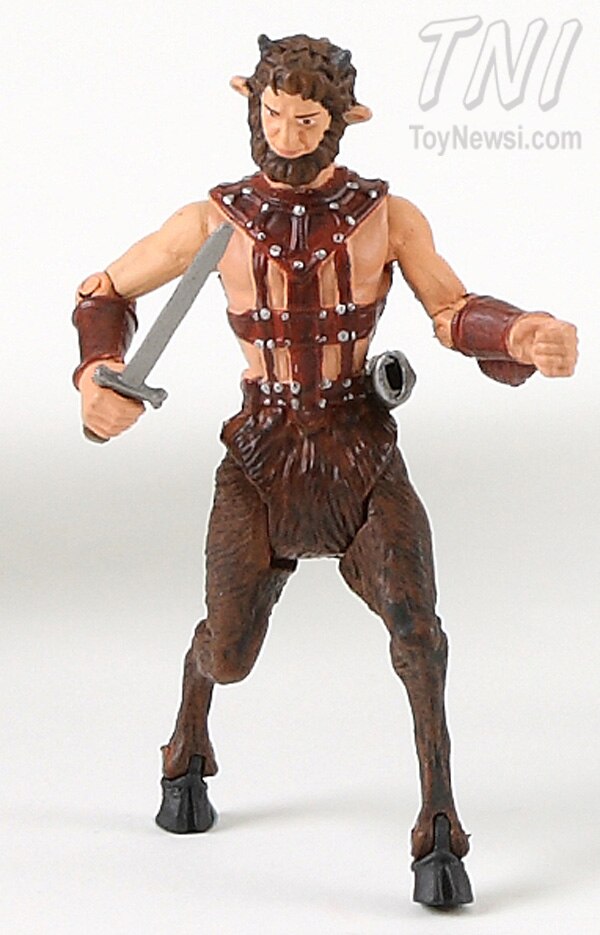 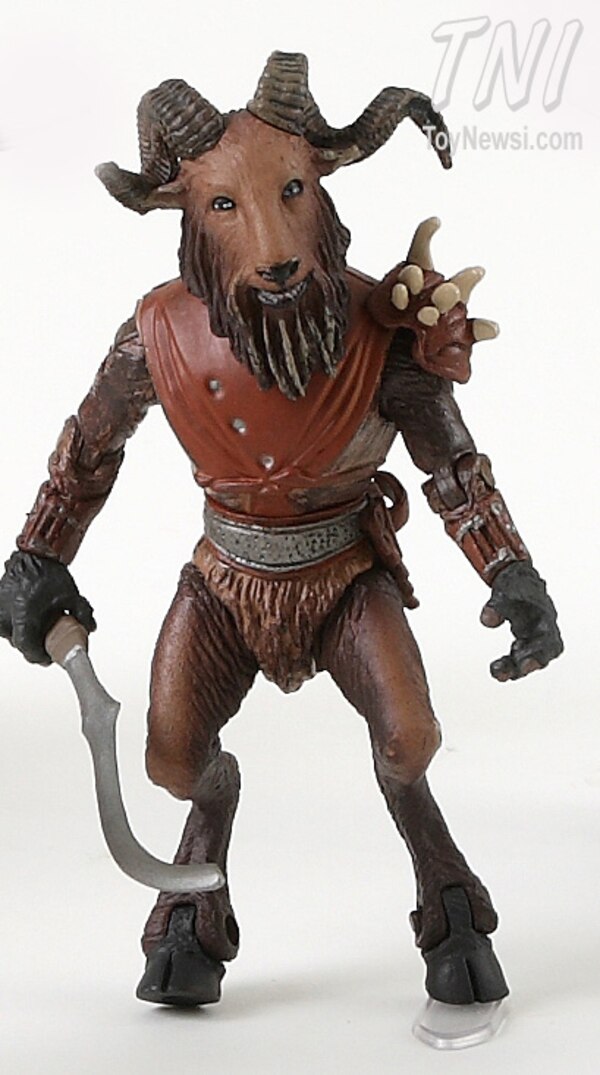 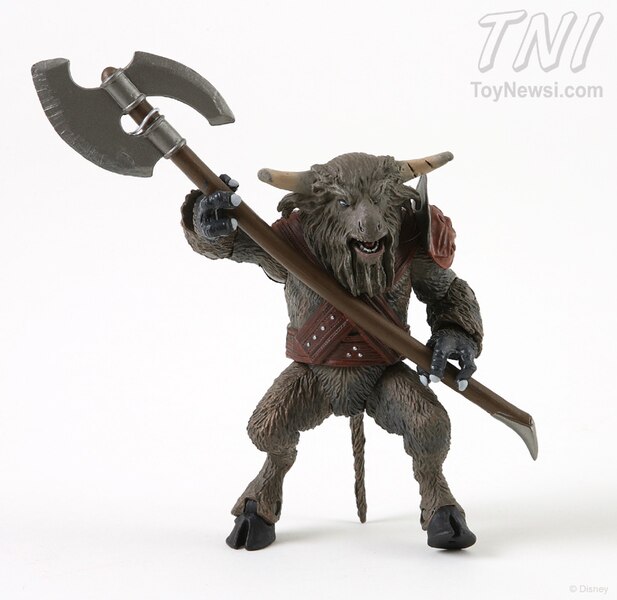 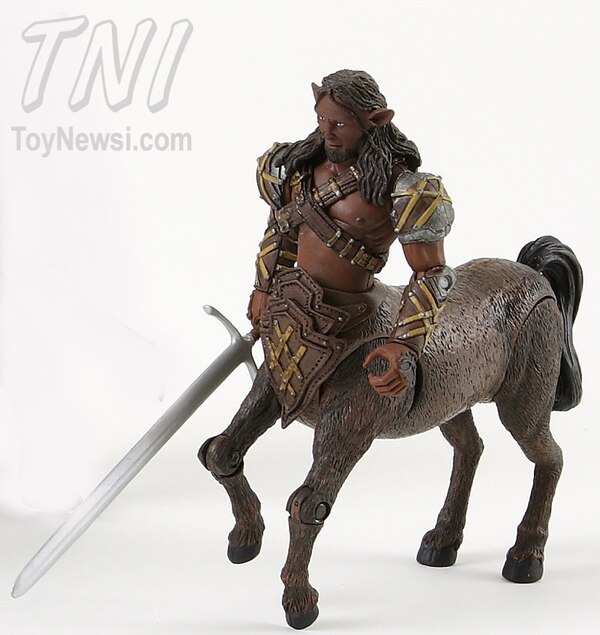 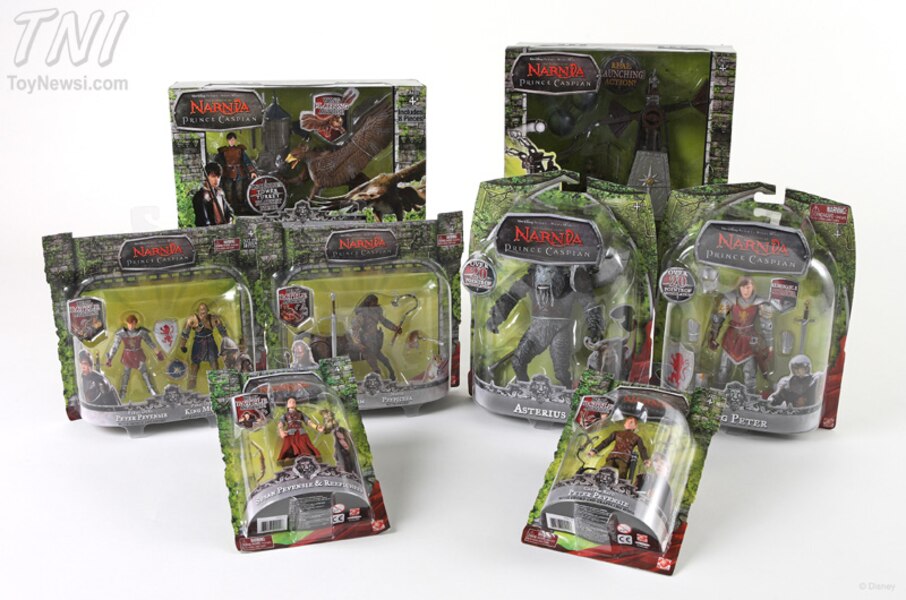 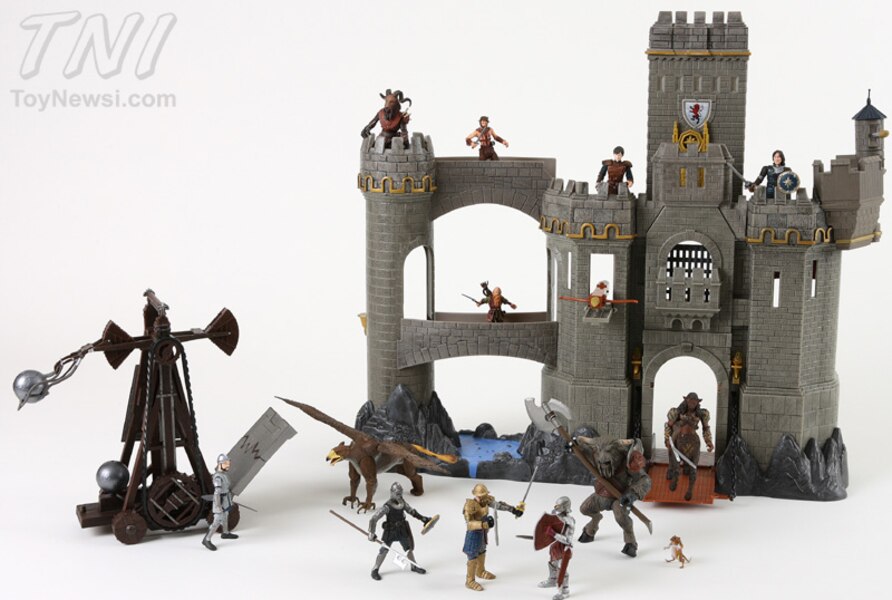 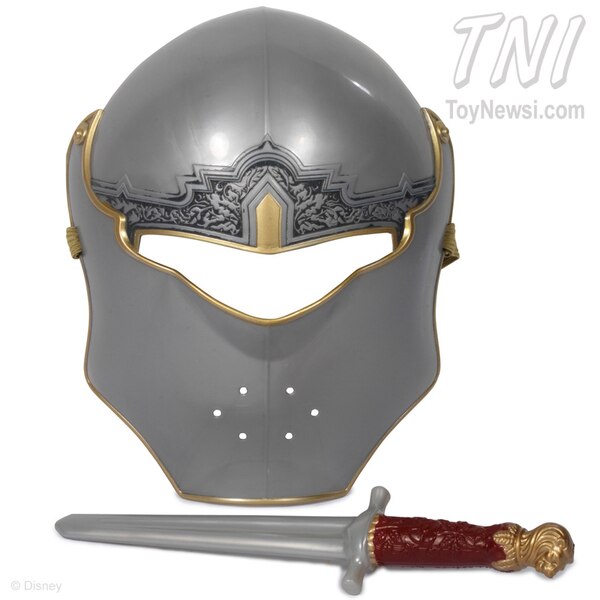 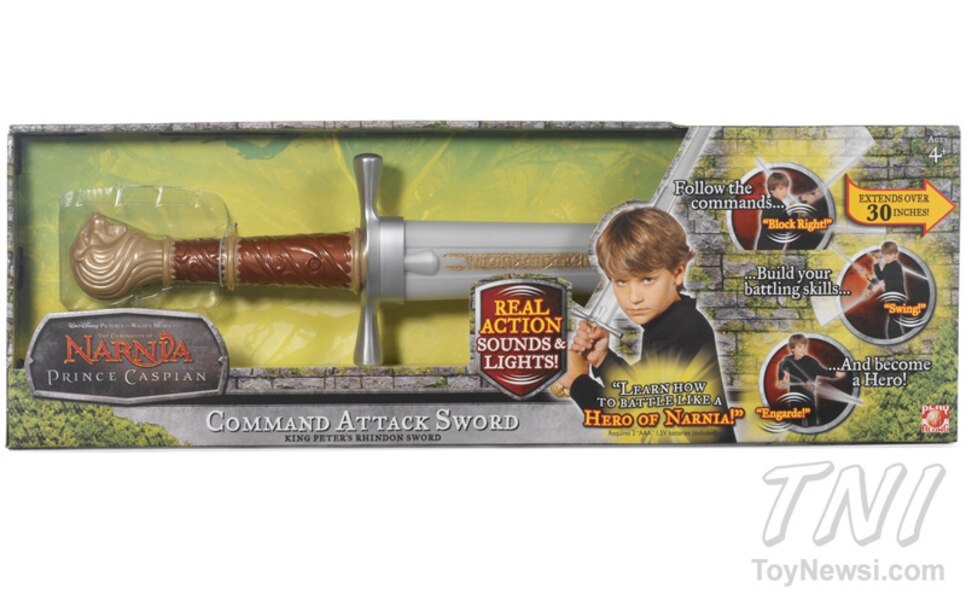 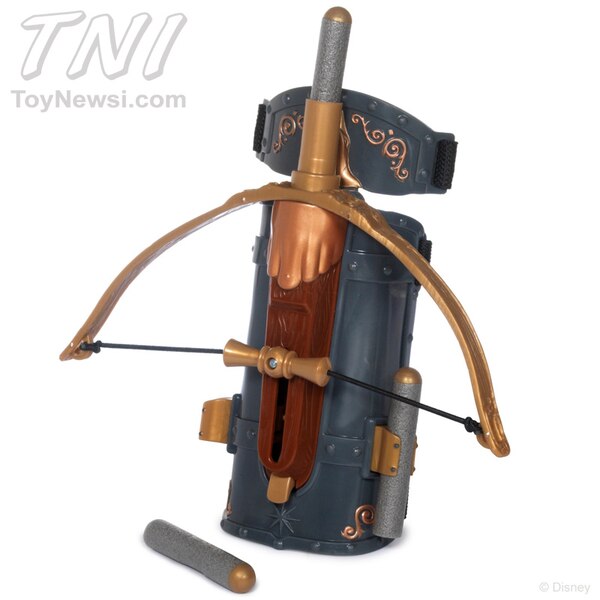 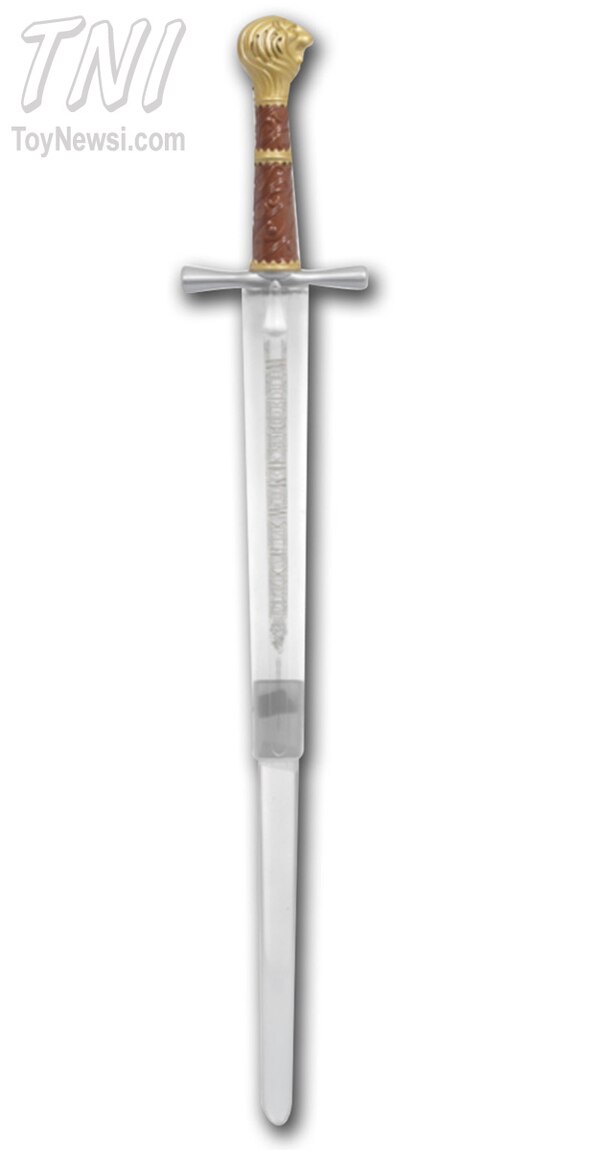 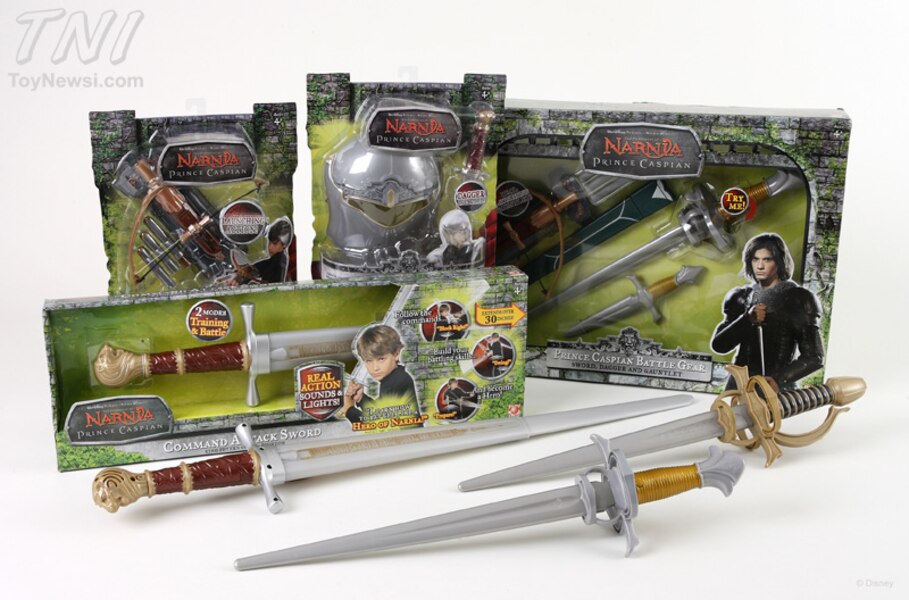 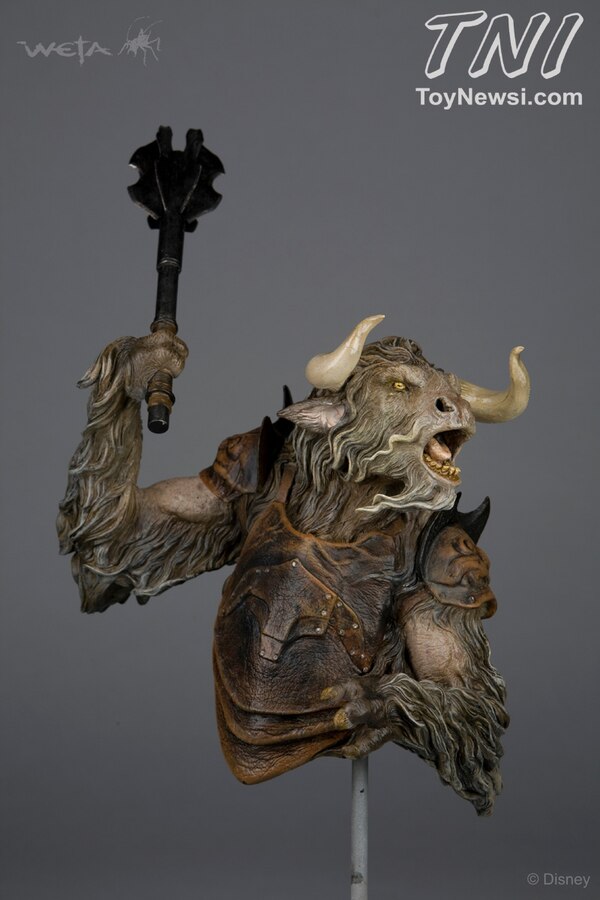 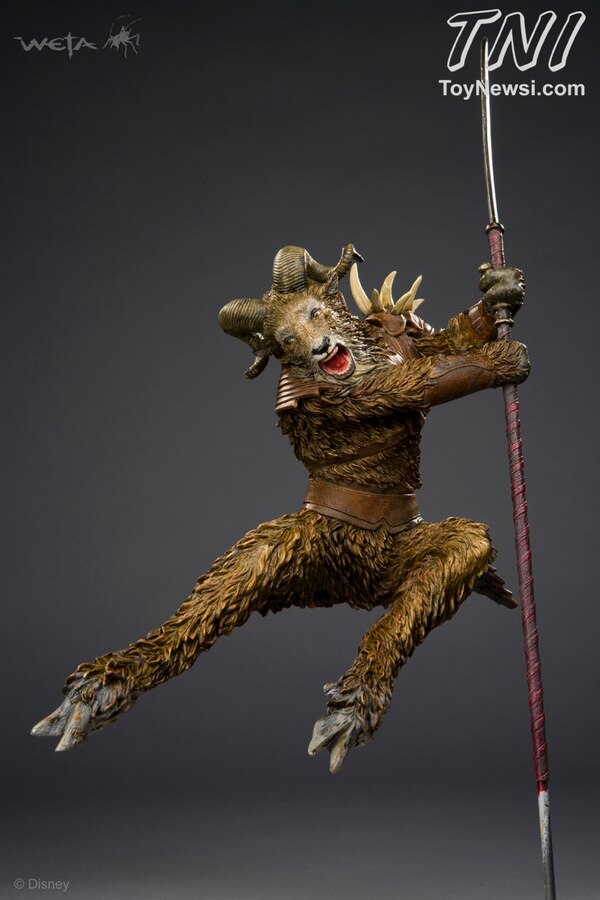 Found The Chronicles of Na on Ebay 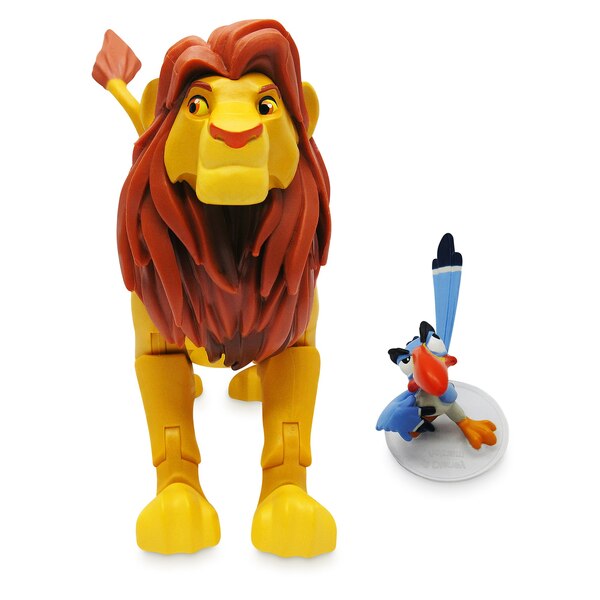 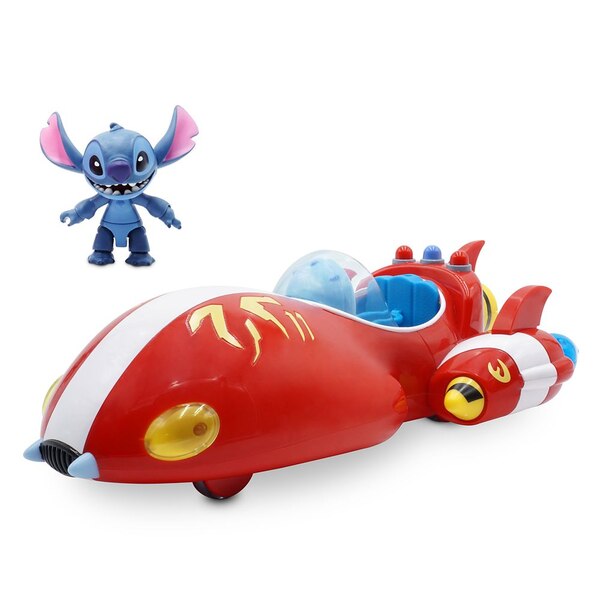 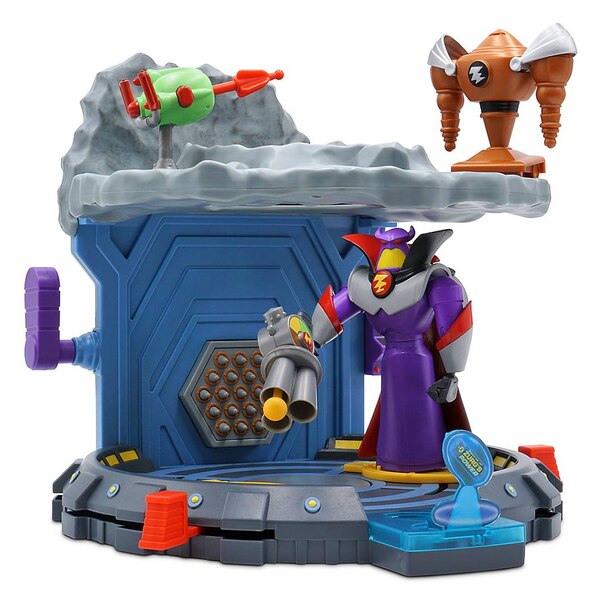 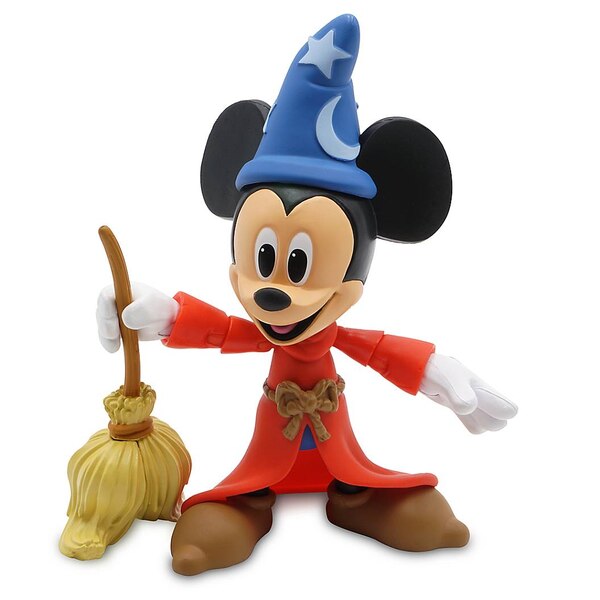 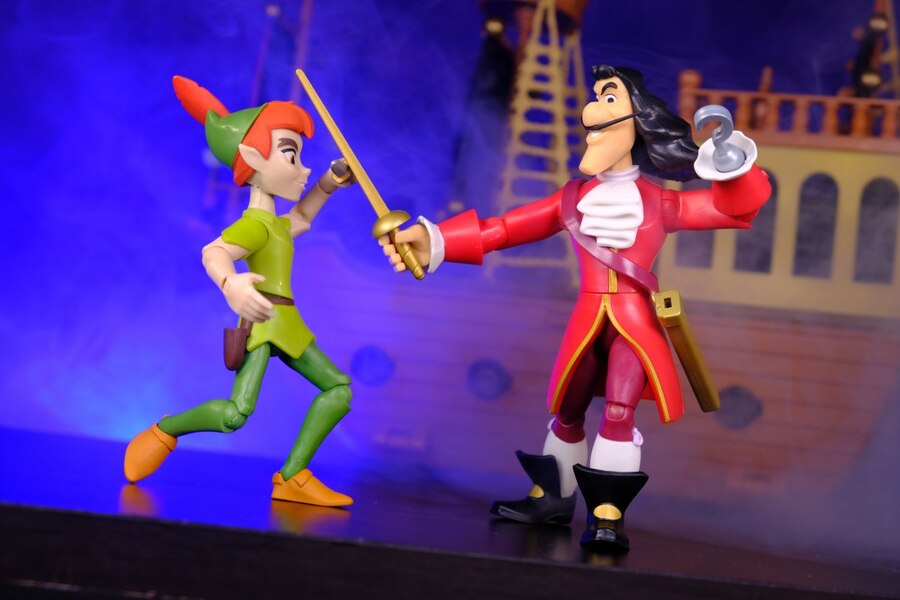