Toy Fair
by Jay Cochran
February 24, 2010
We have created this little video for your viewing pleasure re-capping the new G.I.Joe: Pursuit of Cobra Hasbro had on display at last weeks New York Toy Fair.

In 2010 THE PURSUIT OF COBRA line finds the heroic G.I. JOE team on the heels of the evil and menacing COBRA organization. Beginning in the fall, the G.I. JOE brand embarks in THE PURSUIT OF COBRA in four new battlegrounds: Desert, City, Jungle and Arctic. The new convoy of toys includes covert and technologically advanced 3-ľ-inch action figures and vehicles themed to these new assignments. The vehicles are outfitted with surprise attack features and hidden weapons systems and are designed to traverse a wide range of terrains. The vehicle line also includes an updated version of the H.I.S.S. Tank, the iconic vehicle from the 1980s G.I. JOE vs. COBRA saga. THE PURSUIT OF COBRA line will also feature a new packaging look that blends classic elements from the brand’s iconic 1980s era with a modern, high-tech aesthetic that embodies the near-future global fantasy.

In addition to highly articulated new action figures and awesome vehicles, staples of the iconic brand, the G.I. JOE toy line introduces two new expressions in 2010. The new G.I. JOE 3-3/4-inch MOBILE MECH Suits feature an exclusive figure and give kids the opportunity to customize new high-tech action figure armored suits to their own specifications. For fast action play the new G.I. JOE 3-3/4-inch RIP ATTACK Vehicles feature a rip launcher to send these new vehicles on their way into the next G.I. JOE vs. COBRA mission.

G.I. JOE 3-3/4-INCH FIGURES
(Approximate retail price: $5.99: Ages: 4 & up; Available: Fall 2010)
Build your team with over 30 figures to collect in 2010! Collect your favorite characters including SNAKE EYES, STORM SHADOW and DUKE in all new THE PURSUIT OF COBRA Desert, City, Jungle or Arctic themes. All figures come equipped with the high-tech gear they need to battle G.I. JOE or COBRA in any terrain.

G.I. JOE 3-3/4-INCH VEHICLES CLASS A
(Approximate retail price: $14.99; Ages: 4 & up; Available: Fall 2010)
These are the smallest and most covert G.I. JOE vehicles. Outfitted with a surprise attack feature, these stealth vehicles also come with a realistic articulated driver that will help guide you through your action-packed THE PURSUIT OF COBRA adventures in the Desert, City, Jungle or Arctic.

G.I. JOE 3-3/4-INCH VEHICLES CLASS B
(Approximate retail price: $24.99; Ages: 4 & up; Available: Fall 2010)
These larger vehicles represent the most technologically advanced vehicles in the G.I. JOE vs. COBRA arsenal, including an updated version of the H.I.S.S. Tank, the iconic vehicle from the 1980s. Each is equipped with a hidden reveal weapons system and is designed to traverse a wide range of terrains. All vehicles come with a 3-ľ-inch action figure to help steer your team to victory.

G.I. JOE 3-3/4-INCH MOBILE MECH SUITS
(Approximate retail price: $19.99; Ages: 4 & up; Available: Fall 2010)
The G.I. JOE MOBILE MECH Suits are a new 3 ľ -inch expression for the G.I. JOE toy line. Choose your side, G.I. JOE or COBRA, with these next-gen machines that are one part vehicle and one part armored suit and let the battle begin as the MOBILE MECH Suit becomes an extension of your G. I. JOE action figure. Features interchangeable arms equipped with the latest high-tech gear and an exclusive 3-ľ-inch figure that can sit in the cockpit.

G.I. JOE SNAKE EYES SWORD AND MASK ROLE PLAY SET
(Approximate retail price: $19.99; Ages: 5 & up; Available: Spring 2010)
Gear up and get ready to take on the role of everyone’s favorite Ninja from the G.I. JOE team. With the SNAKE EYES katana-style sword, which features special lights, sounds and a secret dart launcher hidden in the handle and SNAKE EYES mask, kids can play the part of their Ninja hero.

Check out hi-res images from Toy Fair in our GALLERY below. 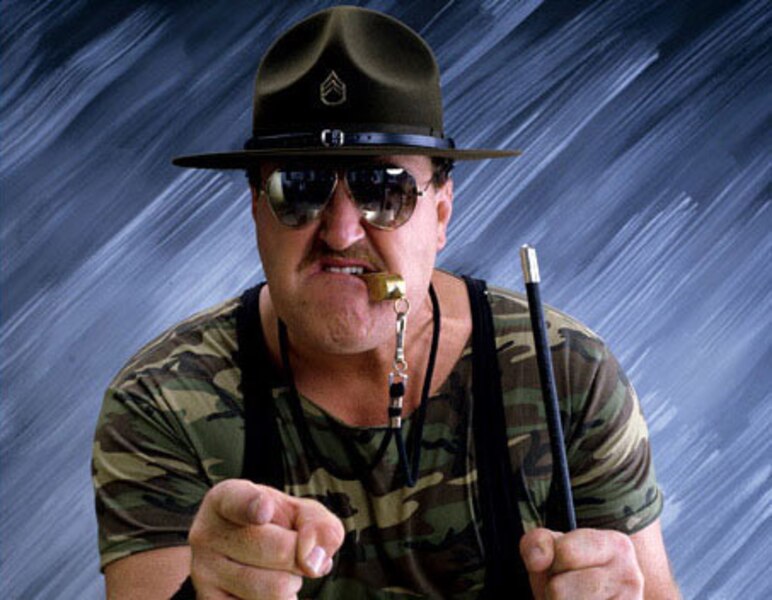