Bandai continues to deliver with their new 6” modern ThunderCats line of figures, this time with a figure based on the team’s strong guy Panthro. Though we don’t know much yet about this modern day version of the Panthro character (though we expect that will change after tonight’s 8/12 episode of the new ThunderCats animated series on Cartoon Network), we do know he is the muscle of the team and that look and feel is well represented here in this 6” figure. Much like the 6” Lion-O figure we showed you the other day, this figure contains 19 points of articulation and a number of cartoon-accurate accessories.

Articulation wise he has all the basics, double-jointed knees and elbows, ankle joints, chest joint, swivel waist, ball-jointed shoulder and legs. He does not have wrist joints like Lion-O and his head doesn’t go up or down much, just side-to-side. I will say that Panthro's ankles could be a little tighter. Because the figure is a bigger heavier one, it makes the figure more top heavy therefore putting more pressure on the ankles which in causes the figure to fall over more easily. I haven't had any major issue with this, but I could see this becoming more of a problem overtime, especially if the figure gets lots of use.

For accessories, the figure comes with two versions of his trademark nunchucks. One is folded up and can be worn on the back of his belt, and the other is unfolded allowing you to pose it in the figure’s hands in multiple battle-ready positions. The handles are made with a pretty solid rubbery plastic while the chain connecting the two handles are made with a softer more pose-able plastic, giving it the appearance of a chain. The figure’s fists are sculpted in a way to allow him to hold his weapon tightly in either/both hands while at the same time giving him an appearance of getting ready to punch someone when not holding anything.

The paint apps for the figure are pretty solid as well. Not as glossy looking as those found on the Lion-O figure, you will find some nice detailing with multiple scars on the figure’s chest and over his right eye. He also has spikes coming out of his chest harness, gloves, and boots helping add to that whole tough guy look one might expect from the Panthro character. The ThunderCats logo on the figure’s belt is well represented here and stands out nicely on the figure’s otherwise fairly dark colors.

Bandai has done a great job with the scaling of this line. Like we mentioned in our Lion-O review, each figure is sized appropriately to the character’s appearance on the show. So the Panthro figure is bigger and more muscular looking than the Lion-O figure but just a smidgen shorter than Mumm-Ra.

Packaging for this and all the 6” figures in this line is nice but simple. The figure comes on a traditional blister card that allows you to view the figure clearly in the package. There is some character art on the bottom right corner and on the back there is a brief description of the show, a look at the figure and its accessories, and some images of other ThunderCats products available from Bandai at the bottom.

Out of the three 6” Modern ThunderCats figures Bandai has released so far, I think Panthro is probably my favorite. He is a solid well-made figure which just exudes that whole don’t mess with me look and feel he seems to have in the show. My only real complaint is the doubt that we will ever get a 6” scale Thundertank for him to drive.

Look for these 6" figures at retail now and to cost in the neighborhood of $15 each.

Check out our GALLERY of images for this set below. 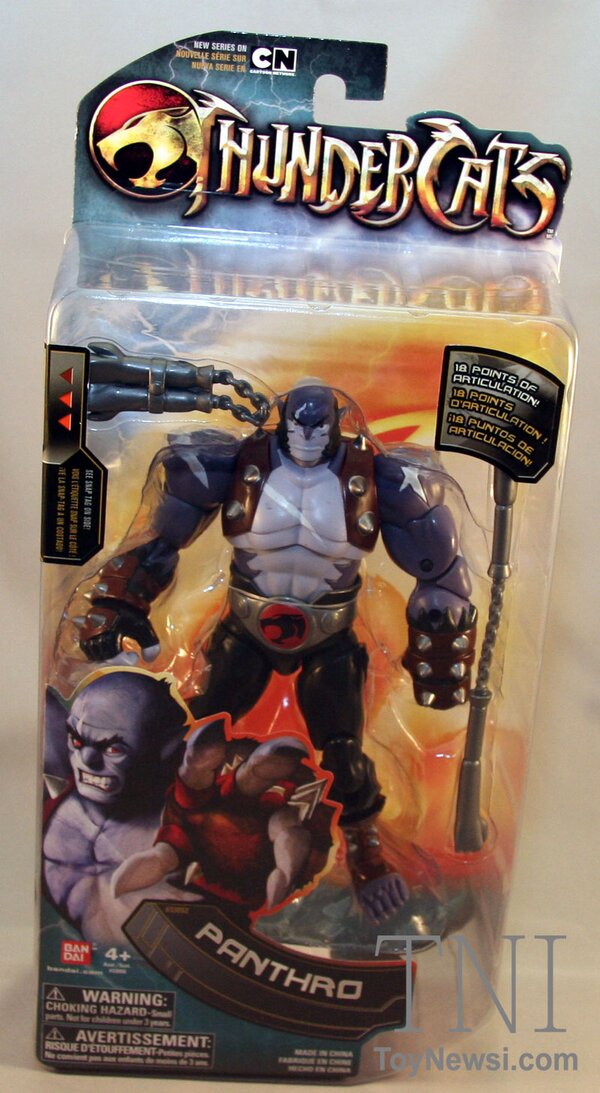 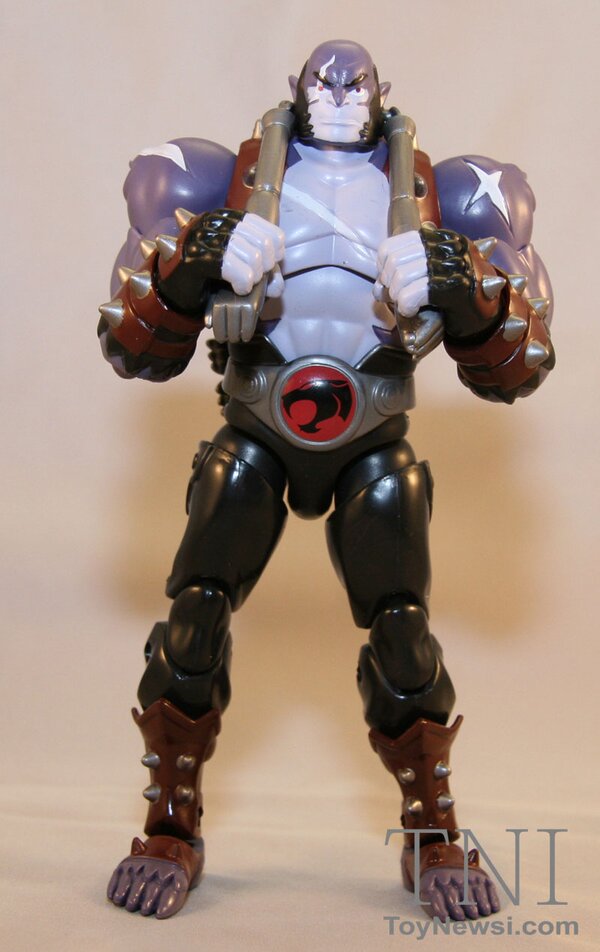 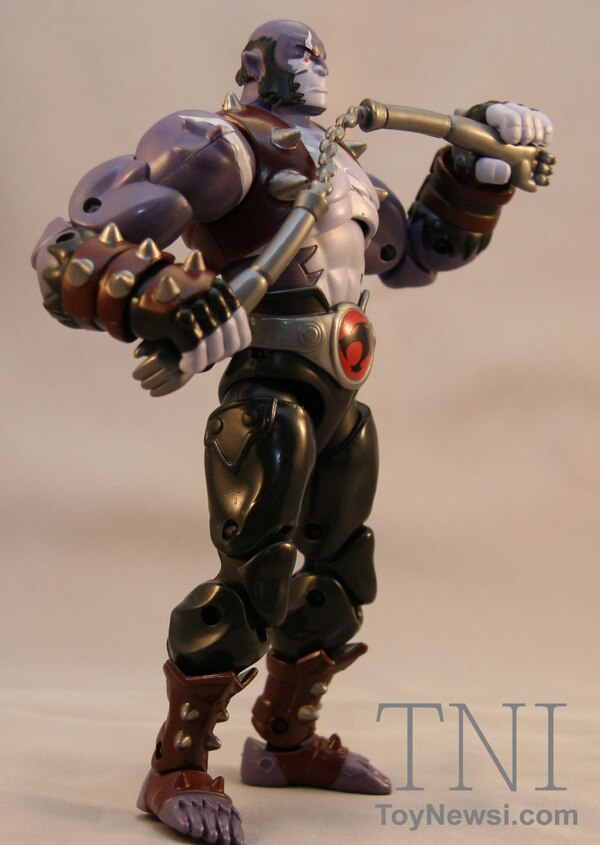 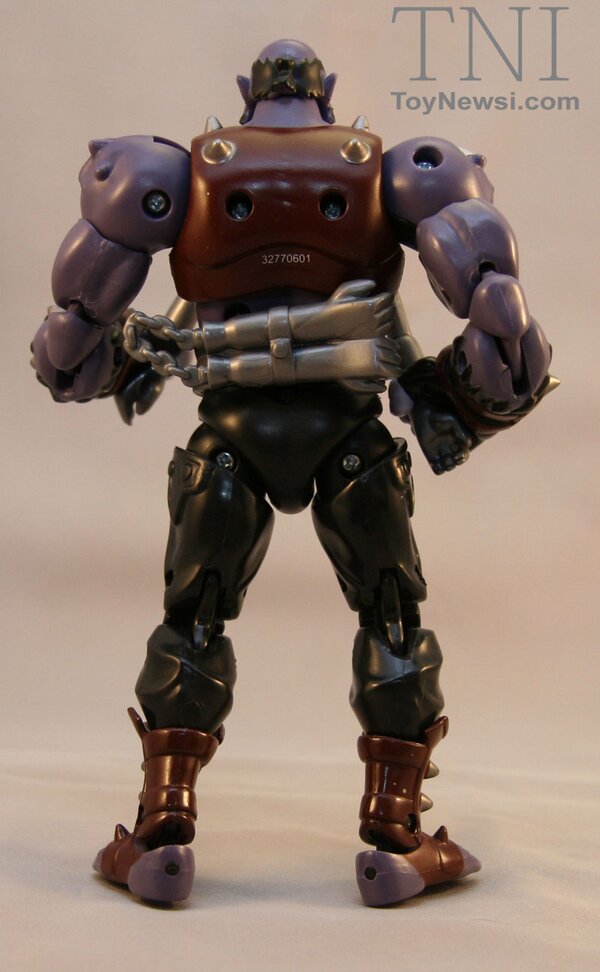 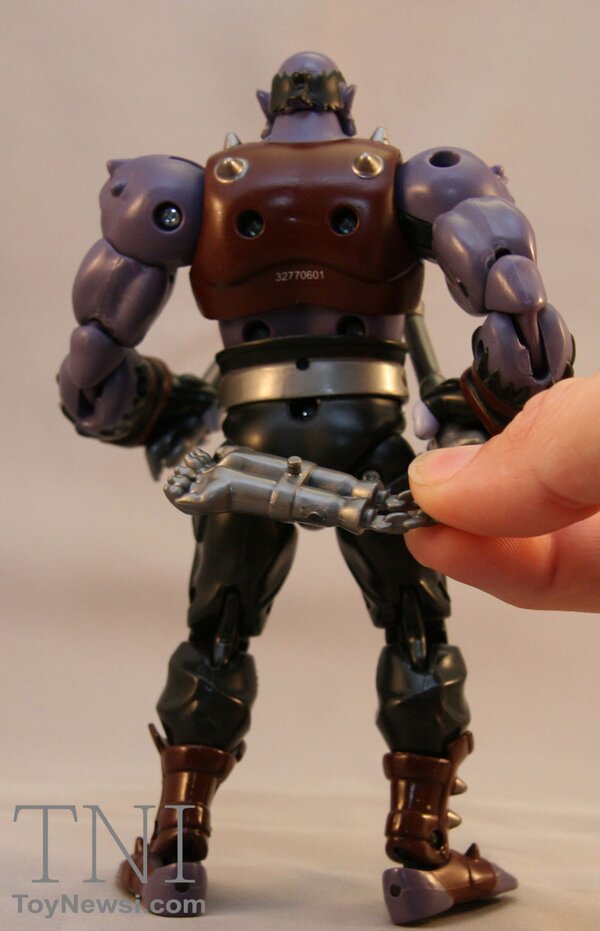 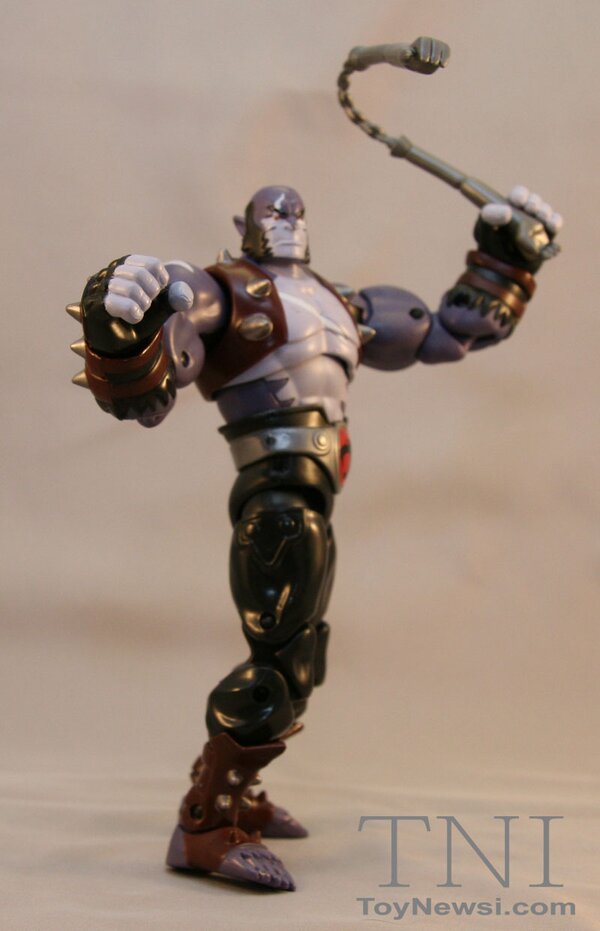 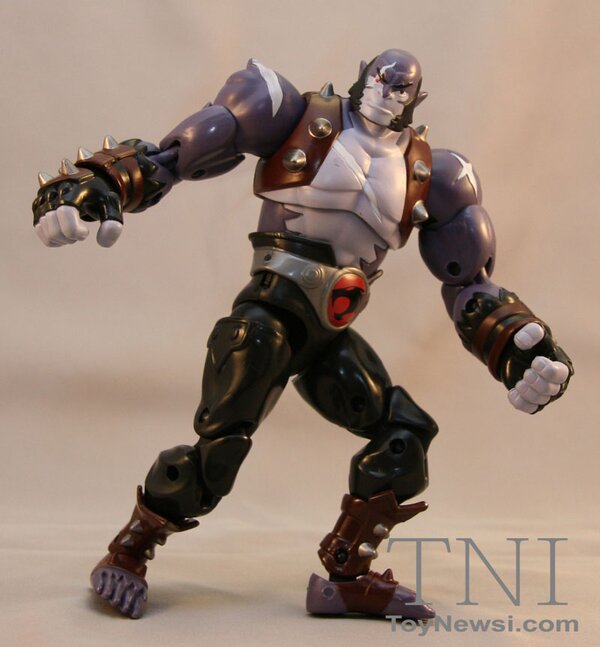 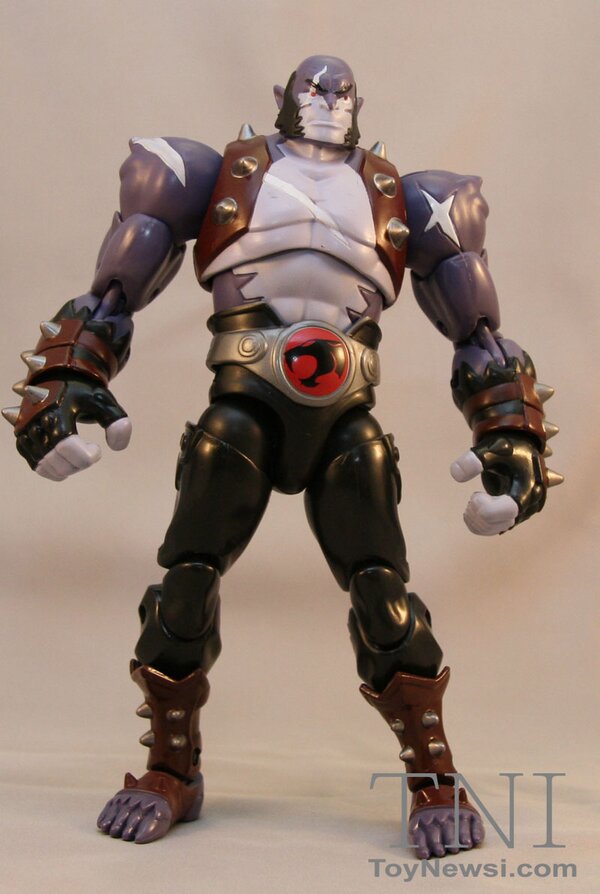 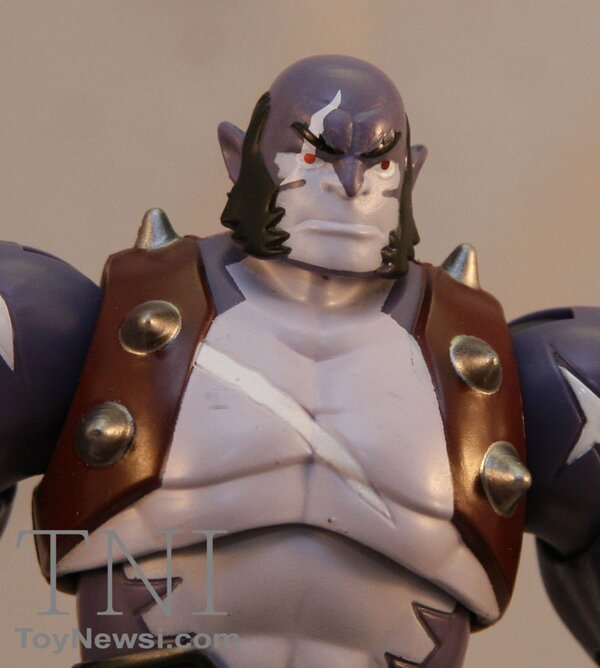 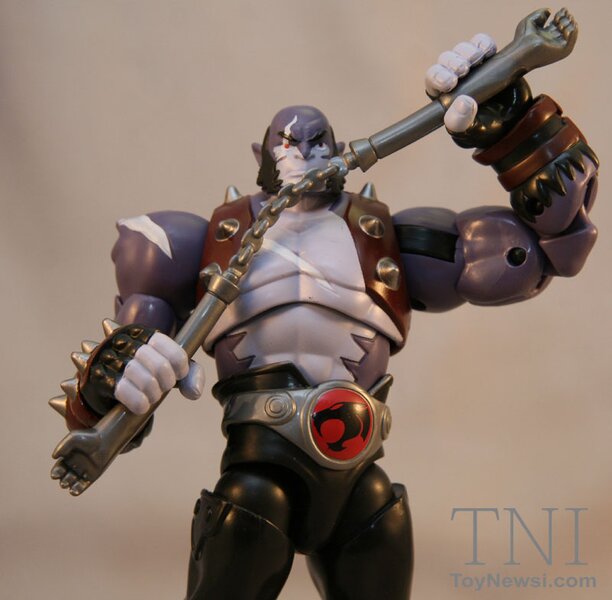 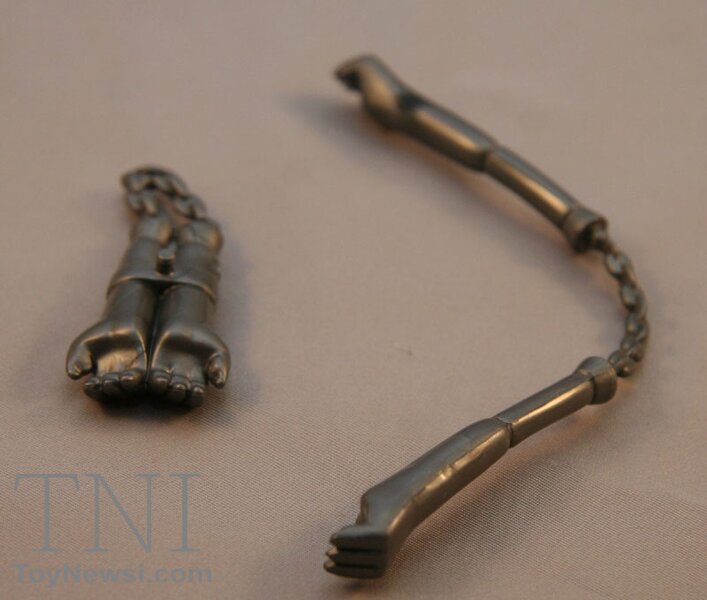 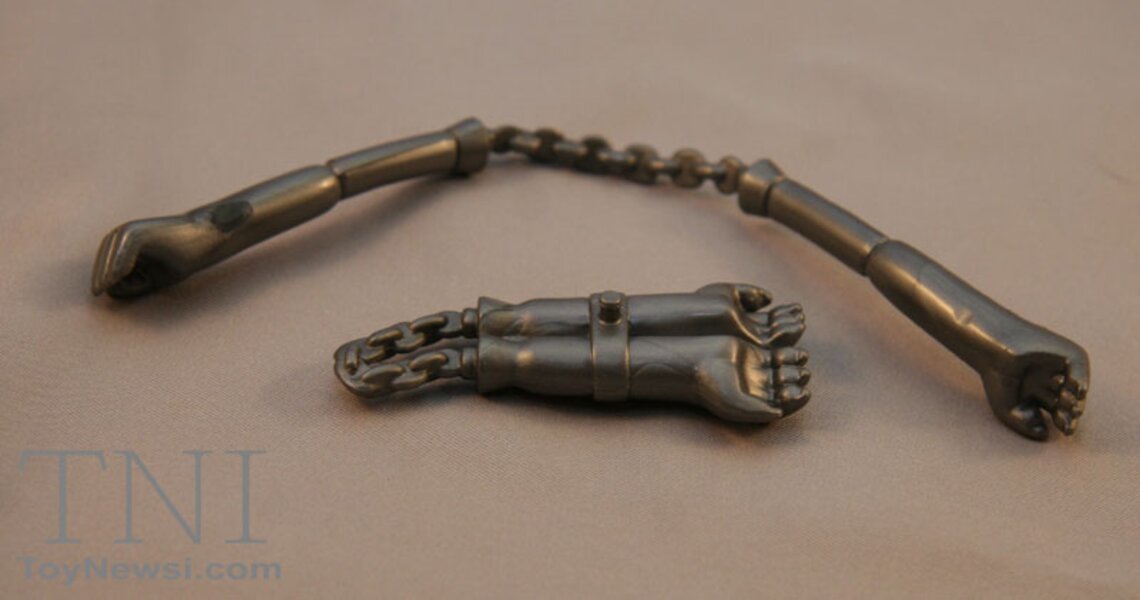 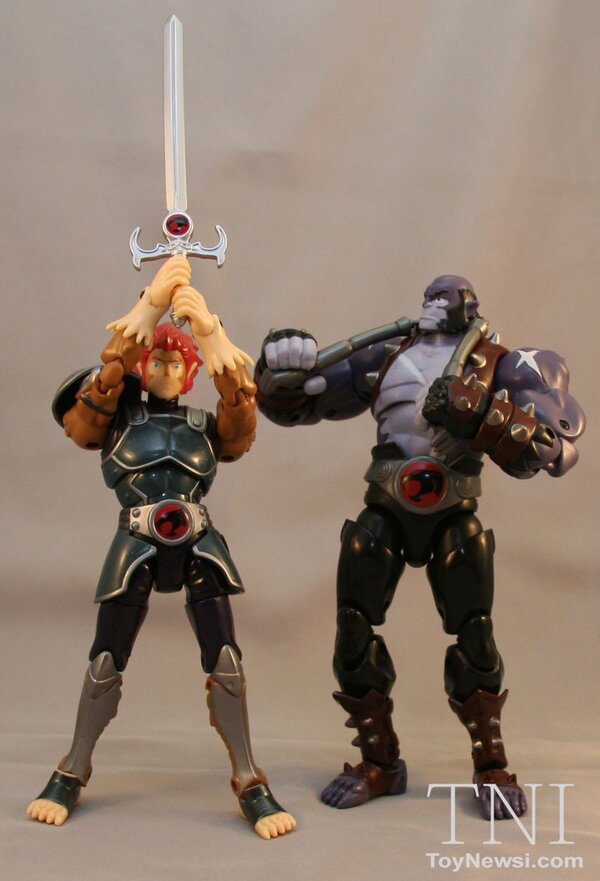 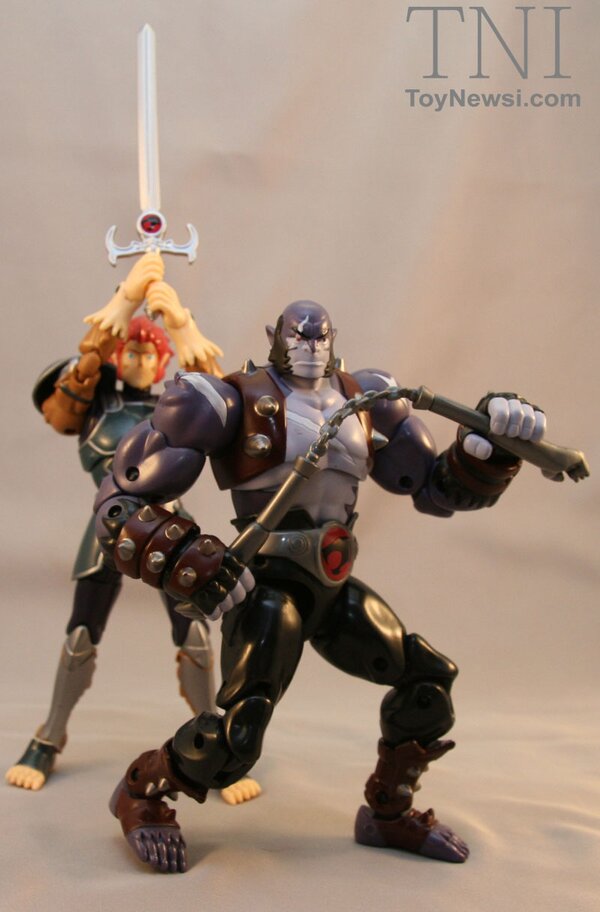 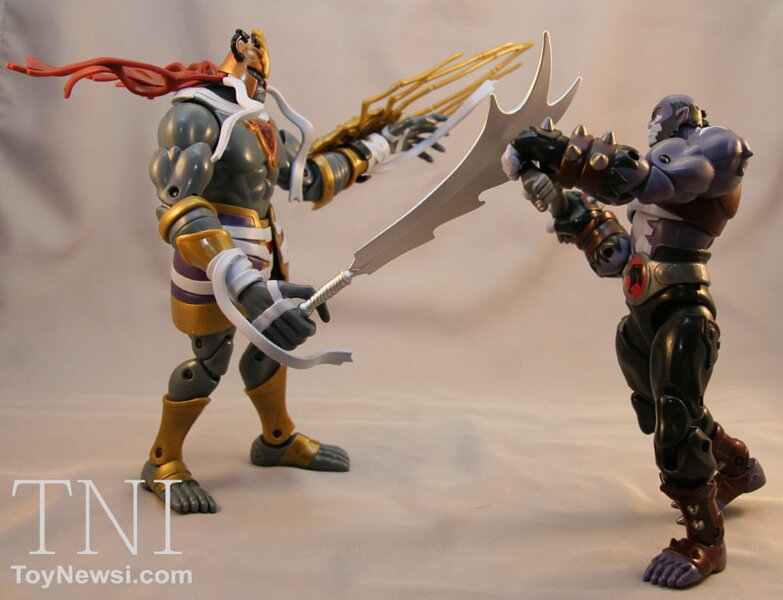 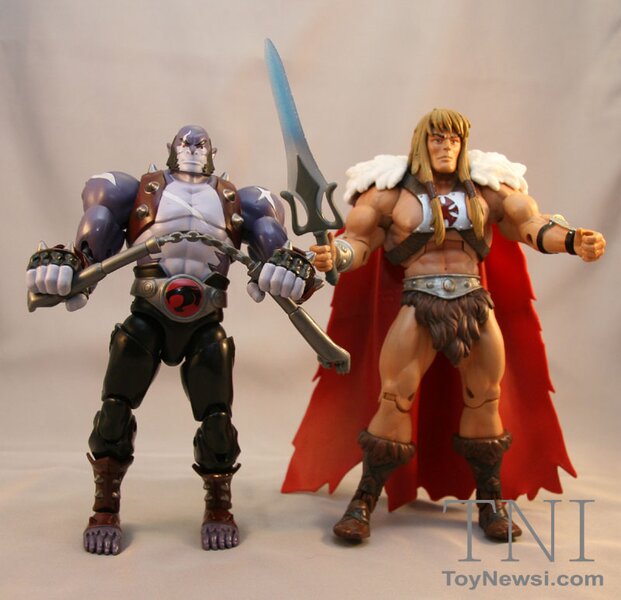 man...this thread has been pinned and abandond for a looong time, it might as well get junked. it's a shame too. that recent Tcats show was pretty great. they should have at least ran another season and ended it properly.

Sorry bout the crappiness of my pic, I used my camera phone & I was in a hurry......

everytime i see this thread, it makes me sad that CN cancelled such a great show. if only Mattel or Hasbro had the toy license instead of Bandai, the toys would have been better and the sales would have most likely have done better too...if only

Glad I was still able to grab a 6 inch Tygra. I guess that was it, no mutants, no Lyxn-o, Bengali and Pumayra.

My TRU still has the gold armor at regular price

The Lion-O ornament is very cool.

At Tuesday Mornings here they have Thundercats Classics Lion-O & Mum-ra for $7, also they had the Thundertank and Mum-Ra mobile (which I never even saw at retail) The StormCharger those were both $15 apiece. At Ross a week ago I spied the 6" new Lion-O & Panthro for $7 apiece and from TJ Maxx I picked up a 6" Cheetara on clearance for $4.50, box was damaged (FOC) but she's fine....

Your not supplying prices with these posts

Oops sorry WJ, I snagged the 6" Panthro for $6 and the 2 Lion-0's were $6. The 4" Lion-o w/Eye of Thundera were $7. At Walmart they also clearanced the Thundertanks for $10! and the Tower of Omens was back up to 19.50? Regular 4" figs (just Lion/Mummra/Tigra) were $5. They had some Classics Tigra for $11. The Armor of Omens was $11. I had seen Panthro at Ross before, had him in hand but put him back cause I figured I'd never see Tigra or Cheetara ever. I found Mummra, Tigra at TJ Maxx so I kicked myself for puttin Panthro back. I was looking for him hi and lo and finally found him again. This time it was a no brainer......good luck hunters.... 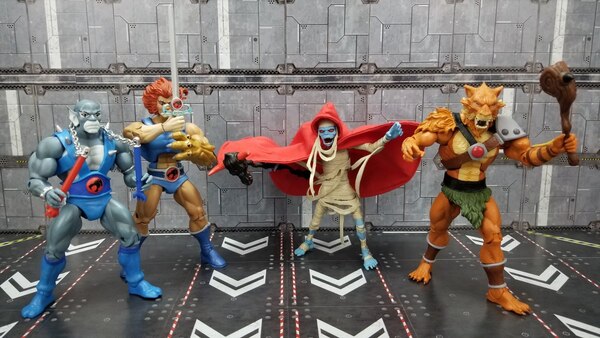 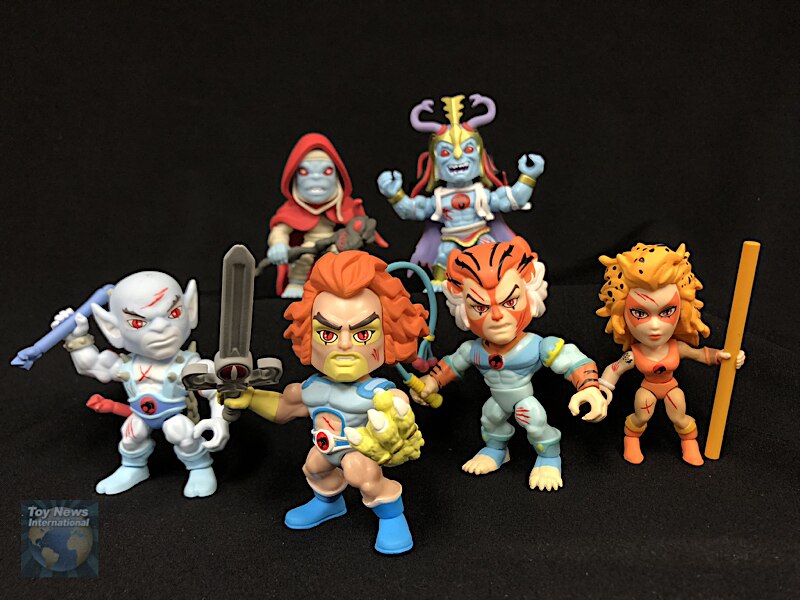 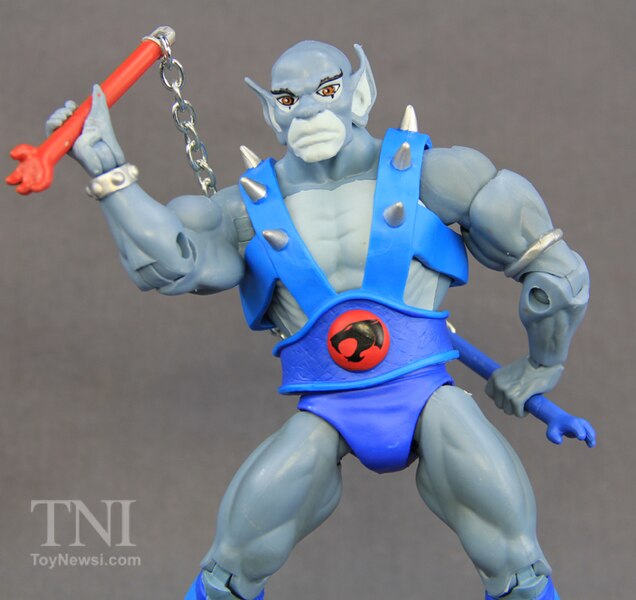 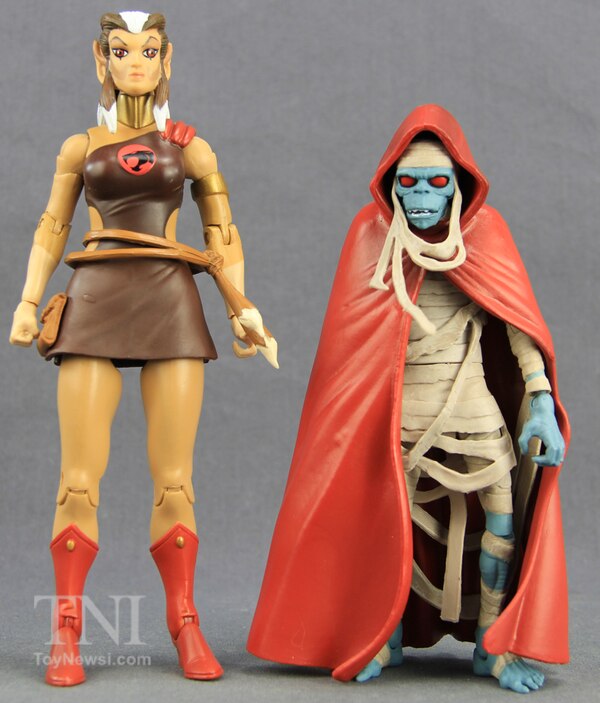 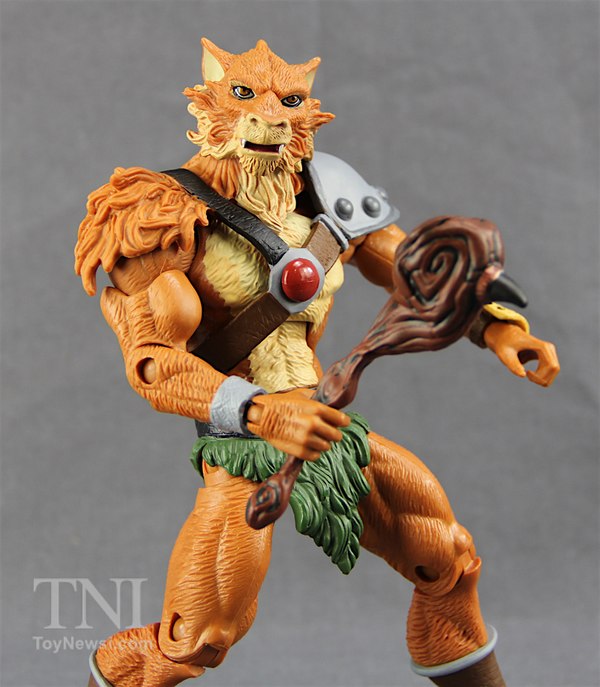