This to take away, ReAction figures for all these brands will be coming. For ThunderCats Ultimates they already have 16 figures in process in some shape or form and Brian assures Tygra and Cheetara are coming. We still don't know which wave yet but here is a breakdown of when we can expect these to be released.

5.5 Retro ThunderCats figures is also a possibility but not definite.

For TMNT look for the release schedule to go as follows:

These are being sculpted by the Four Horsemen and based on the classic toyline designs. We might even see retro stlye packaging

For Conan The Barbarian they hinted that a Thulsa Doom (James Earl Jones) is coming as the 4th figure in the first wave. These are also being worked on by the Four Horsemen.

With all of these lines they plan to go the Ultimates route packing them with tons of accessories.
Image 1 of 16 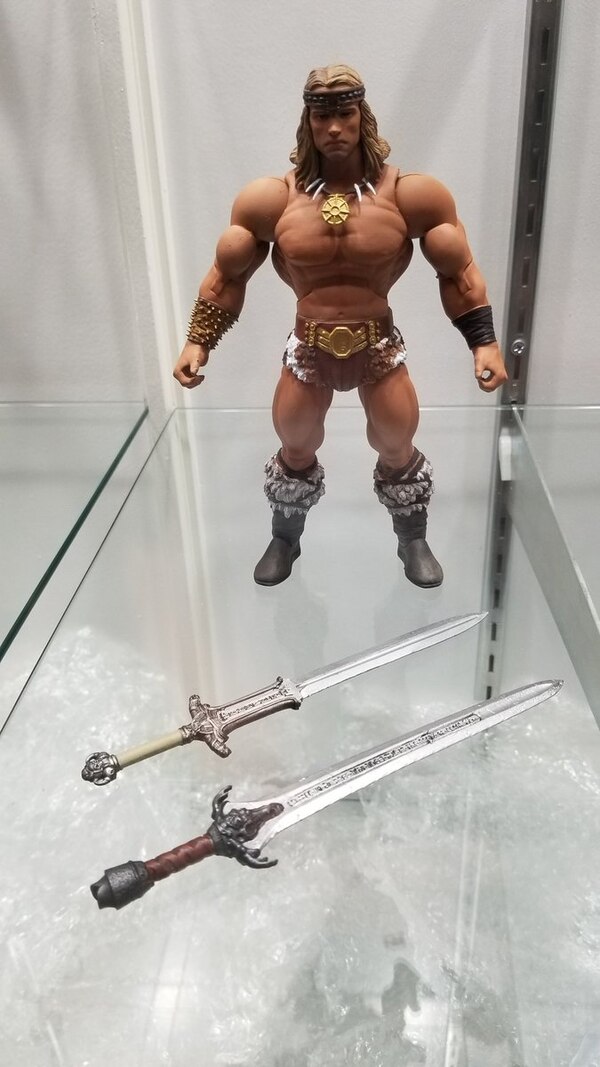 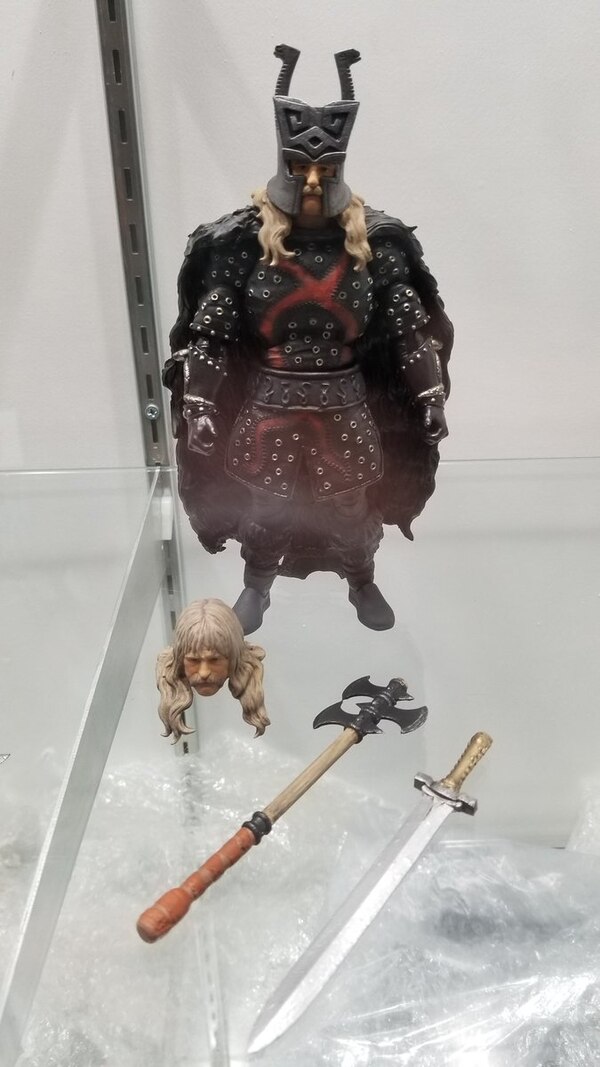 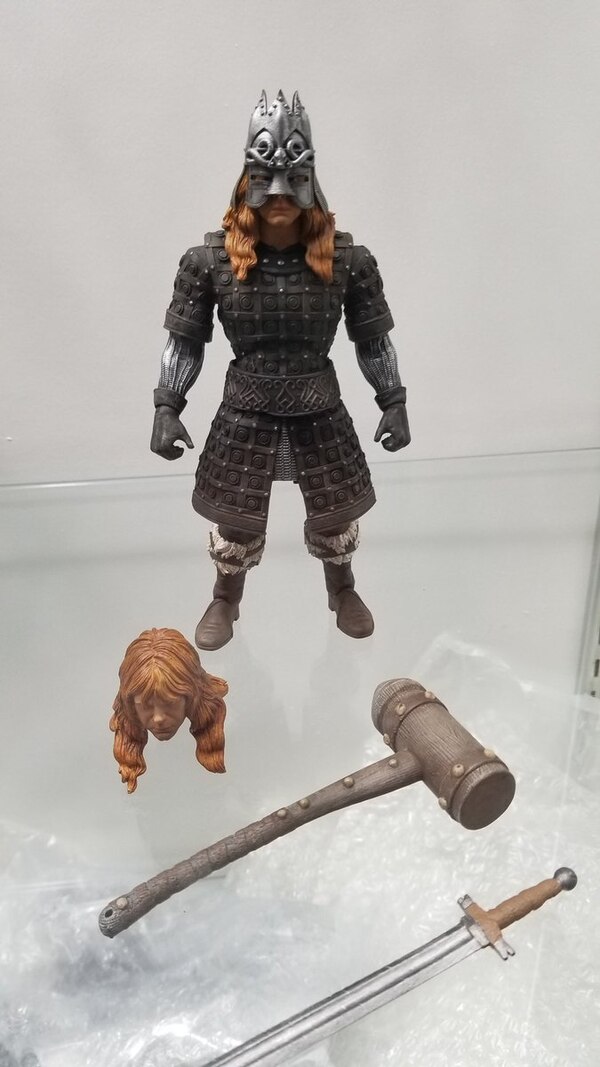 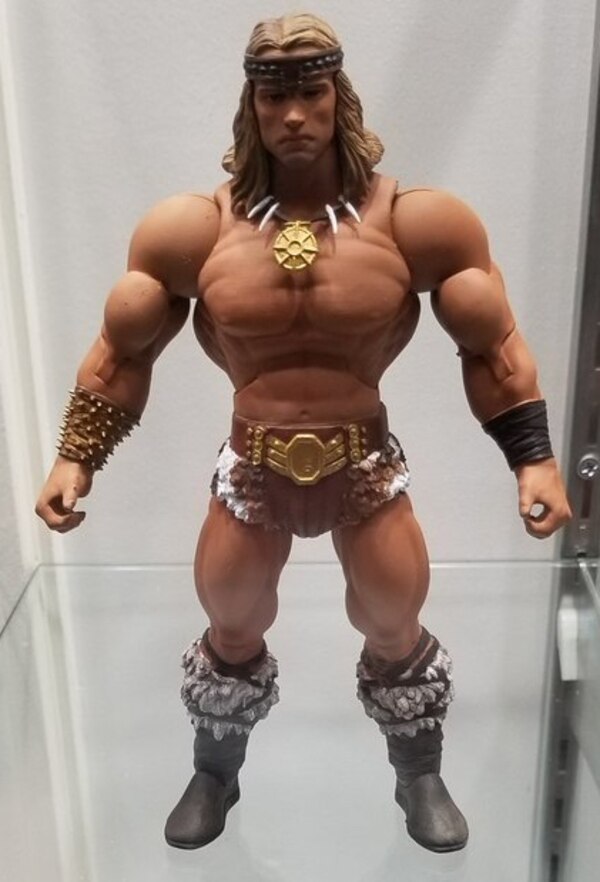 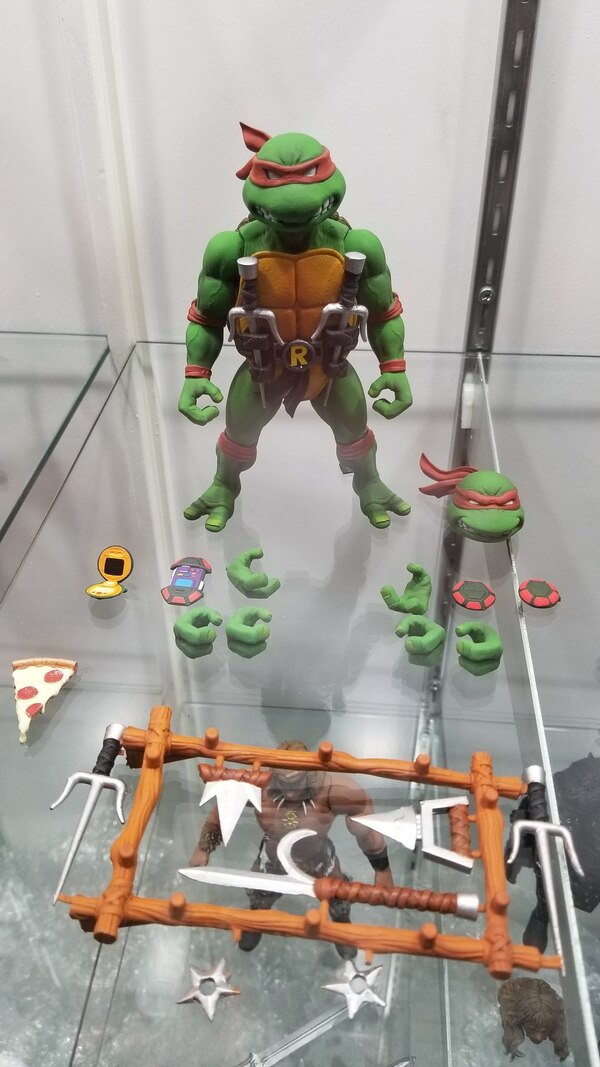 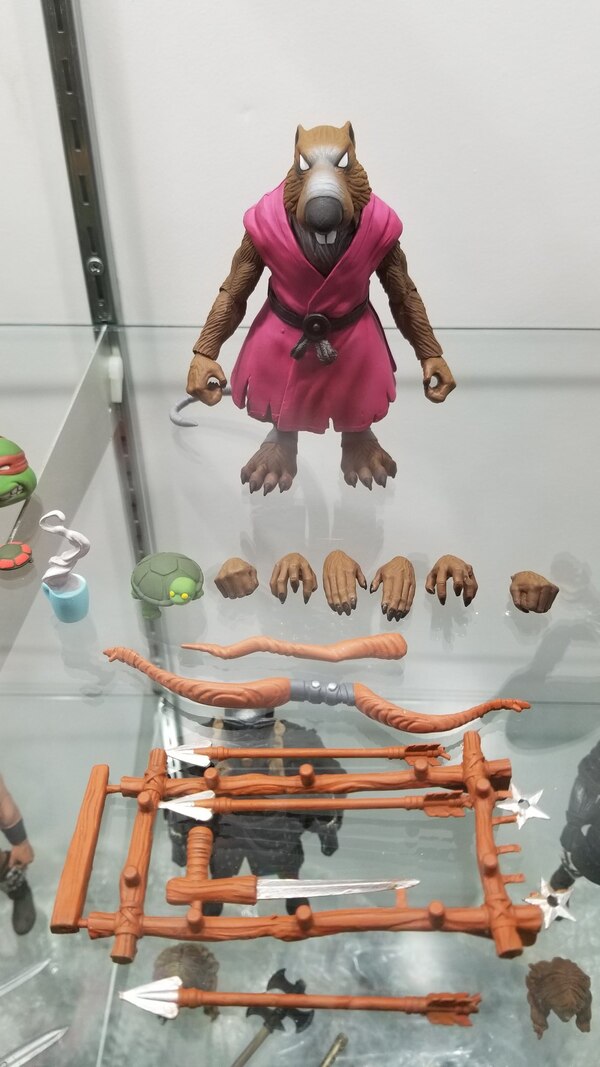 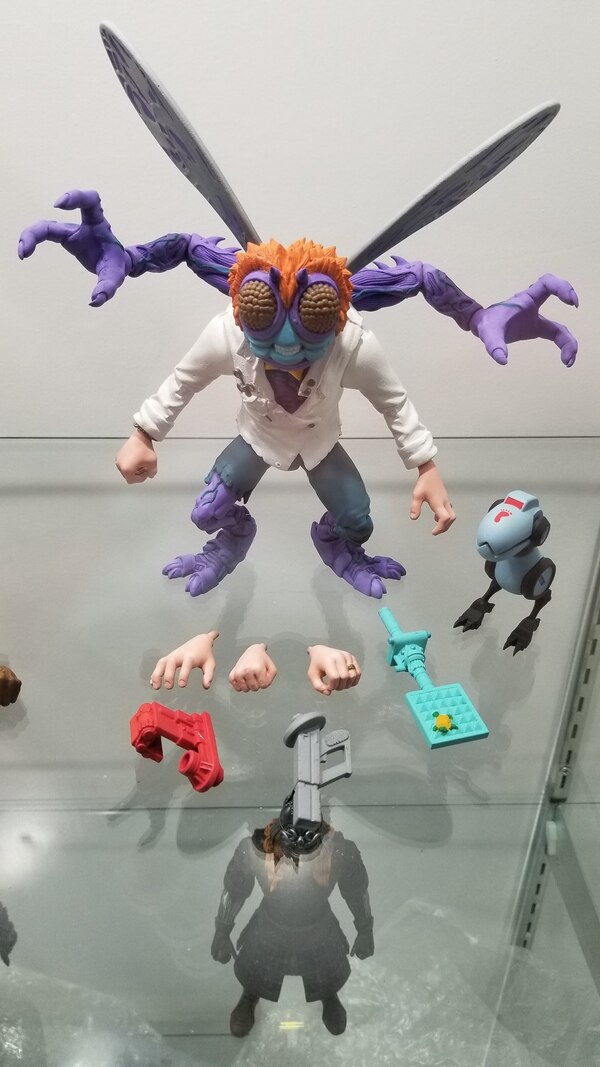 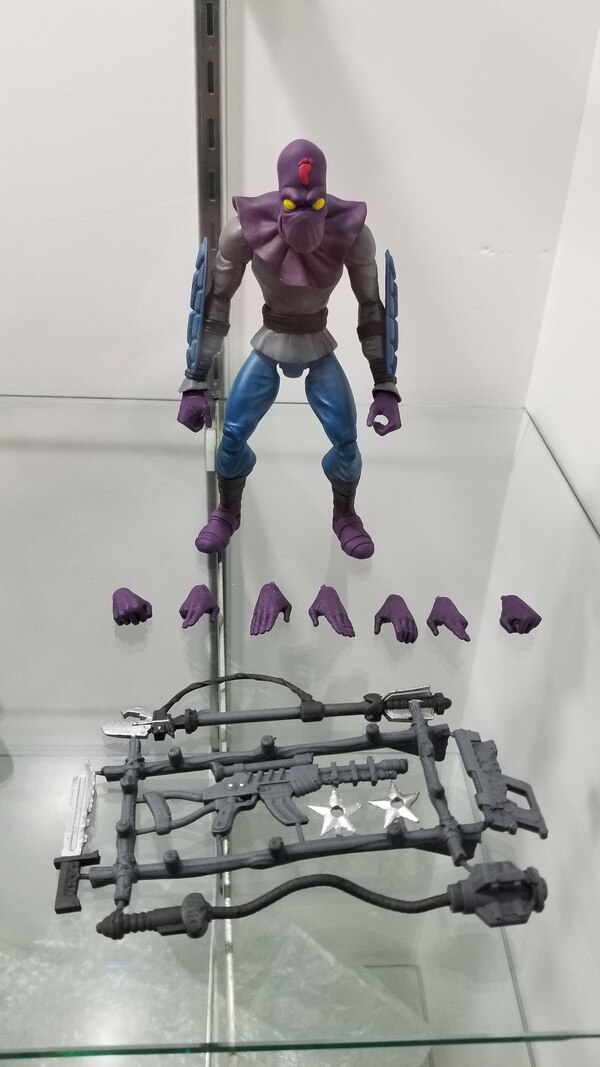 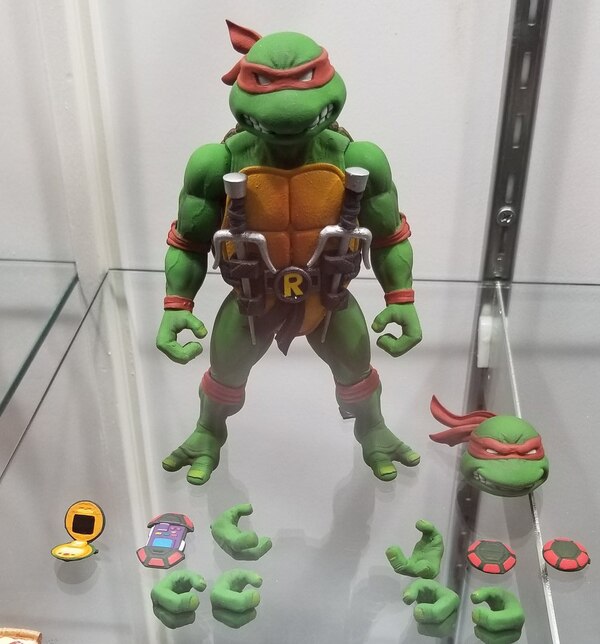 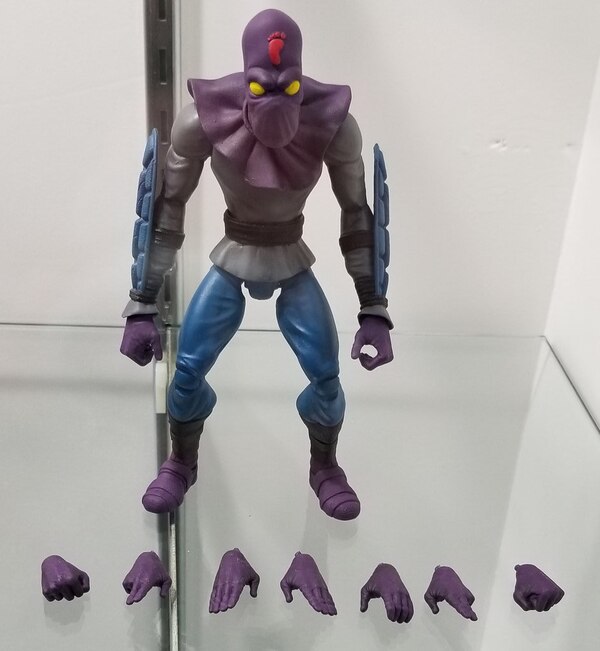 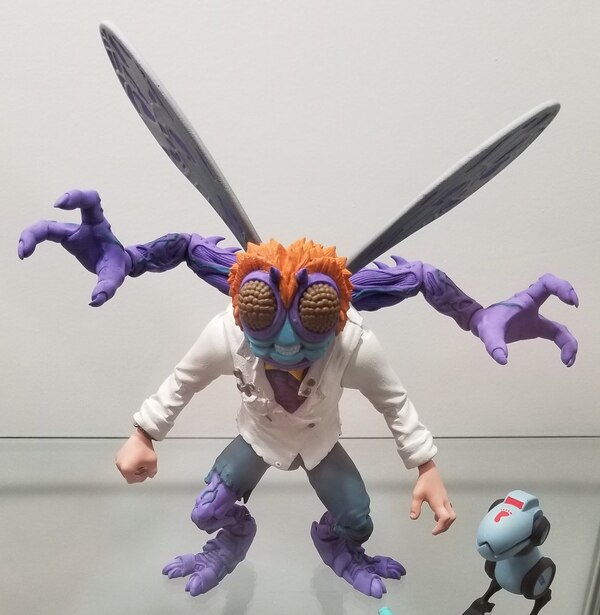 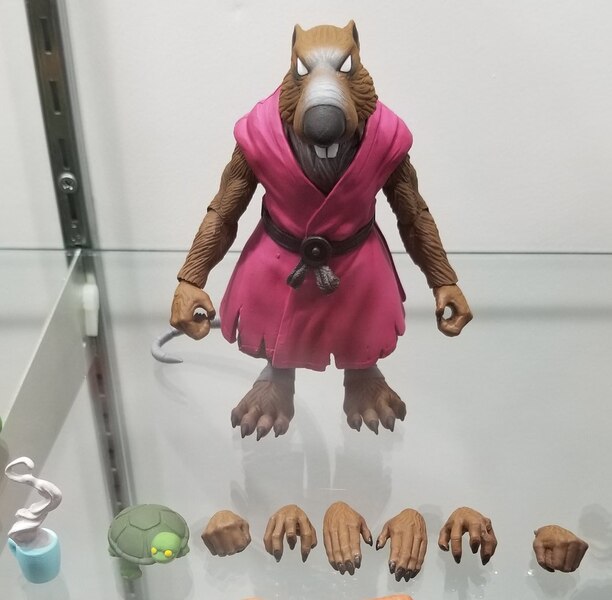 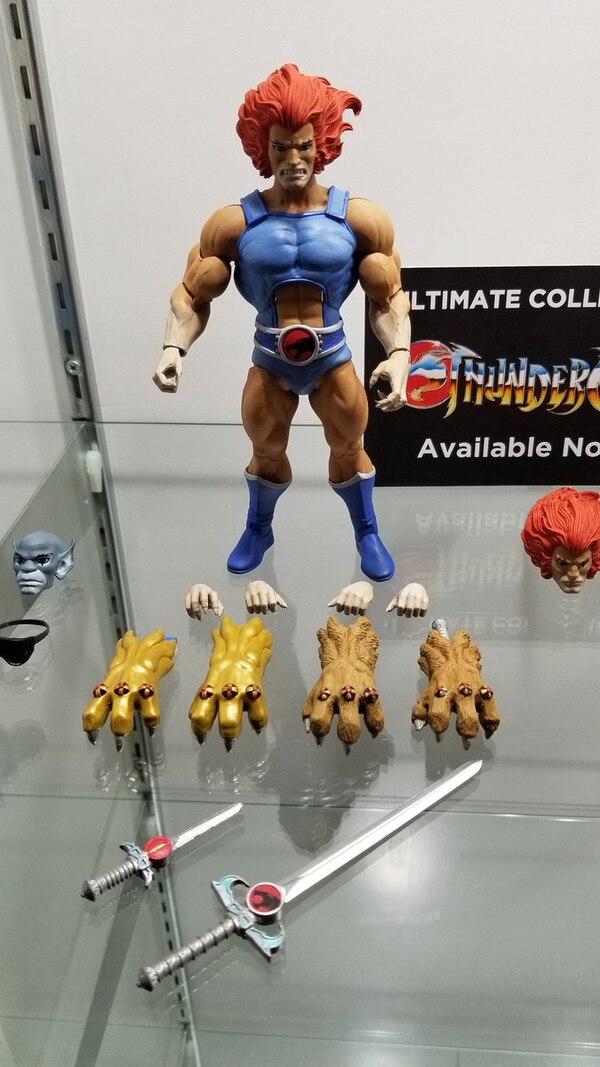 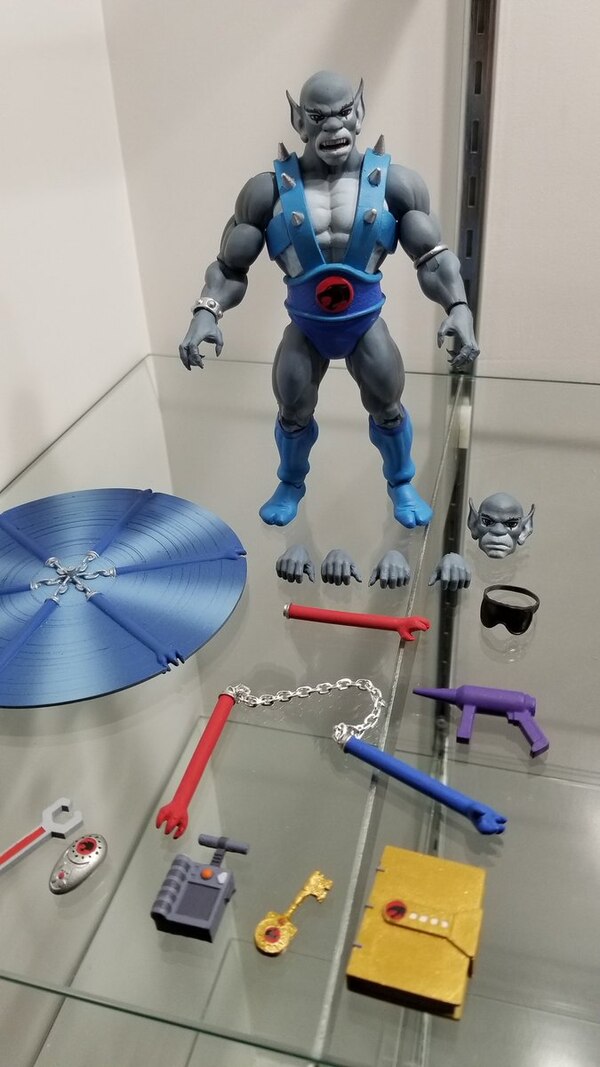 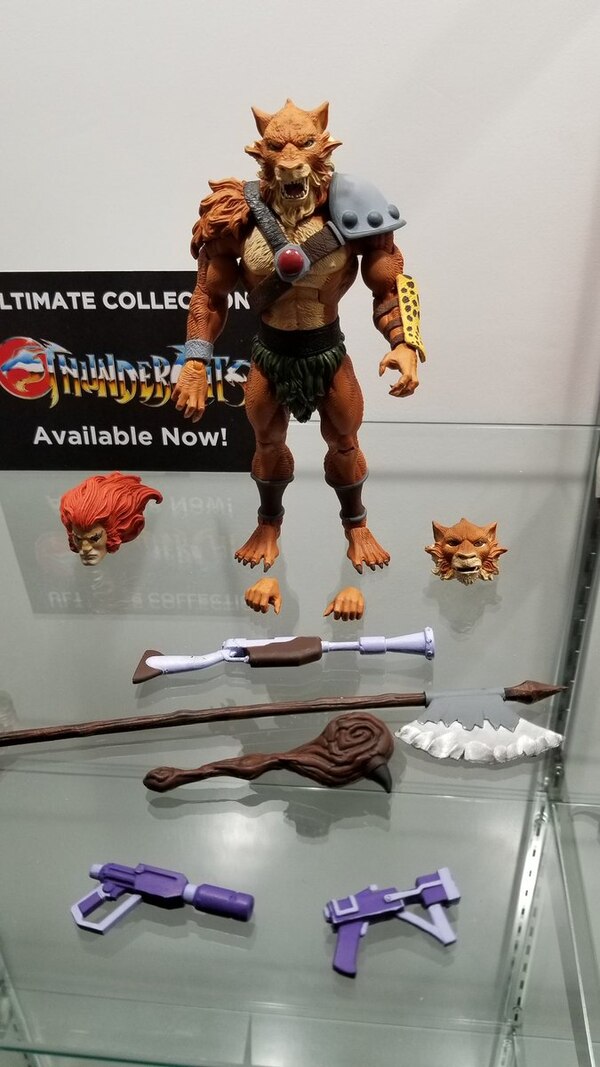 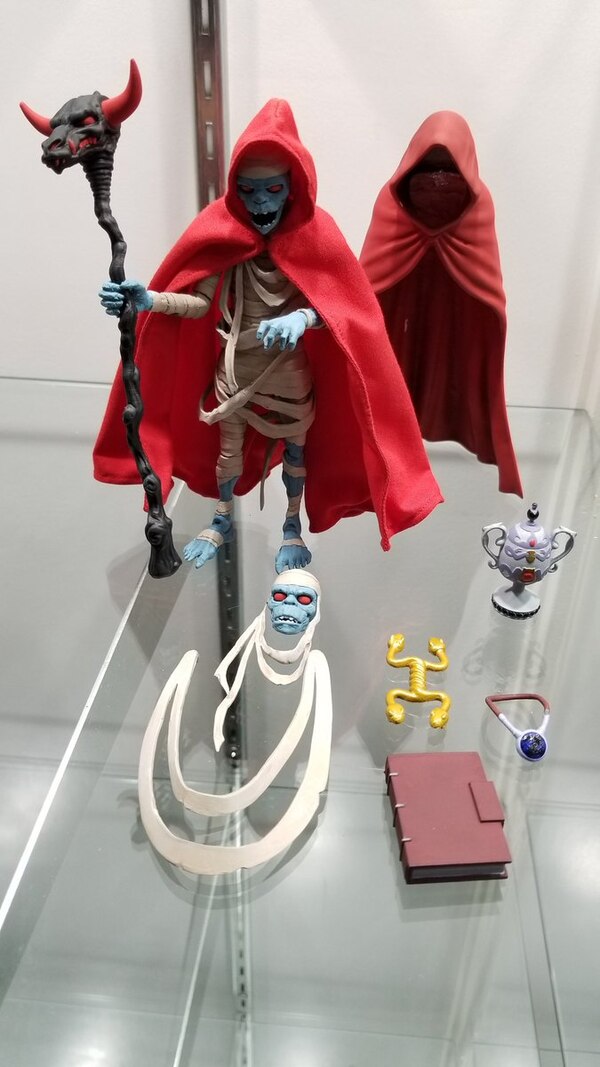 Did they mention anything about the New Japan Pro Wrestling figures?

Just an FYI as I was at Power-Con and spoke to Brian. Hestated that the price increase is largely due to the tariffs. Its true those tariffs have been delayed by 3 months but since S7 is starting with these asnew linesthey are starting with that new price off the bat rather than starting lower for wave 1and then jumping the price way up forwave 2 (also keep in mind this schedule is thepreorder dates and not the import dates thus even wave 1 could get hit by the tariffs if there are delayswhich is extremely likely given how many companies are going to be pushing to get as much product as they canimported between now and the increase).

Of course there is always the question of what if the administration changes course and doesnt go through with the trade war.

So I dont collect any Super 7 stuff and havent found anything personally to enjoy that they make but these all look great, especially the turtle line. Seeing those foot soldiers and even Baxter are hitting some serious nostalgia feels. I really dig their turtles design too. The thundercats stuff looks great too but man I dont think I can manage buying any of these if those prices Jay is guessing is correct. I love that Lion-O cringe face, but im pretty sure thats not on purpose. Its like he isnt sure how hes feeling more than a growl expression. The Conan stuff is a real surprise too. Pretty wild to see stuff coming from that.

That's correct, Jay. There have been no tariffs yet on toys. There would have been as of September 1st, but they are now delayed until December 15.

Interesting interview. I think what Brian was referring to with the political comment is in reference to the tariffs about to be implemented which does include toys, I recall him mentioning this before.

Love the offerings by Super7, also the release dates are perfectly fine with me. Gives me time to get the ones I want. Do wish Dan would've asked about the future of MOTU Classics through.

If anyone talks to Brian from super 7 any time soon please ask what specifially are the things they fixed with the first 4 figures (aside from mumm-ra's cloak and the added hands) Im just wondering if overall these will be the same figures or what specific fixesthey have on each of them.

Im all in on both the Conan and the Thundercats lines. For Cats i'll probably have to hold off to the second wave since I already own the Mattel ones and the added accesories don't warrant for a second purchase (at least not in my opinion), but I'll definetelly be getting the new figures (I would buya new updated Pumyra cause it seems Brian was sort of hintingat her being modified to make her in theright scale this time around).With Conan Ill take anything they do from that movie, Growing up that was one of my favorite movies when I was a kid and remember watching it over and over hundreds of times, afterwards when I grew up I read more on conan and got into the comics and the rest of the conan lore, but that first movie was my gateway to thecharacter so it holds a special place in my heart, for that reasonI'll definetely be getting all 4 figures from the first wave and wouldgladly buy more figures based onthatmovie (I never liked its sequel"Conan The Destroyer" that much, id rather get more figures based on the first movie), I only wish later they make a second or third wave and they Makefigures of Valeria, Subotai, andthe Wizard. Id even buy a version of Conan, Valeria andSubotai painted with the camuflage and costumes they wore when they snuck into Tulsa Doom's Lair to get the princess, and if I can deam of more I'd like a King Conan as he apears on his throne in the end of the movie, maybe they could even make figures based on the 80's Red Sonja movie.As for TMNT, its hitting the nostalgia feelingsreally badly, I wasnt expecting them to look so nice, but having so many TMNT lines right now Ill stick with the NecaMovie and Cartoon basedfigures (I dont have the money to spend on videogame and vintage toy based tmnt figures too), though I might end up getting a couple here or there that I really like.

To be honest, I couldn't imagine the possibility of another TMNT line starting that would catch my interest in the slightest, but basing these designs on the vintage toys is a really cool take and I'm loving it. I'm going to have to redirect some toy budget to make sure I can collect both the Thundercats and the TMNT stuff from Super7.

Those TMNT touch a nostalgia nerve for me that's really unexpected and that I never really felt about the Neca stuff. I could never find the Neca at retail anyway so I've never even seen those figures in person, but I'm all in with this line of figures.

It's very good to get a verbal confirmation of what Brian had already said about committing to finishing the main Thundercats team. It'll be really neat if this line does well and they go as deep as they did with MOTU. It was interesting to hear that they already have a sculpted Mumm-ra in the 5.5 scale. The short lived line that Funko did I had a lot of fun with, so if Super7 made Thundercats in 5.5 I'd be interested in those as well.

The Conan figures really look amazing. The sculpting work is fantastic. I probably won't be able to add another line to collect, but maybe I'll try and get a Conan figure at least.

Really cool showing from Super7 here. Lots of interesting stuff and fun reveals, makes me wish I was at PowerCon so I could see them in person.

I wonder if later down the line we'll see Conan The Adventurer 1992 figures. 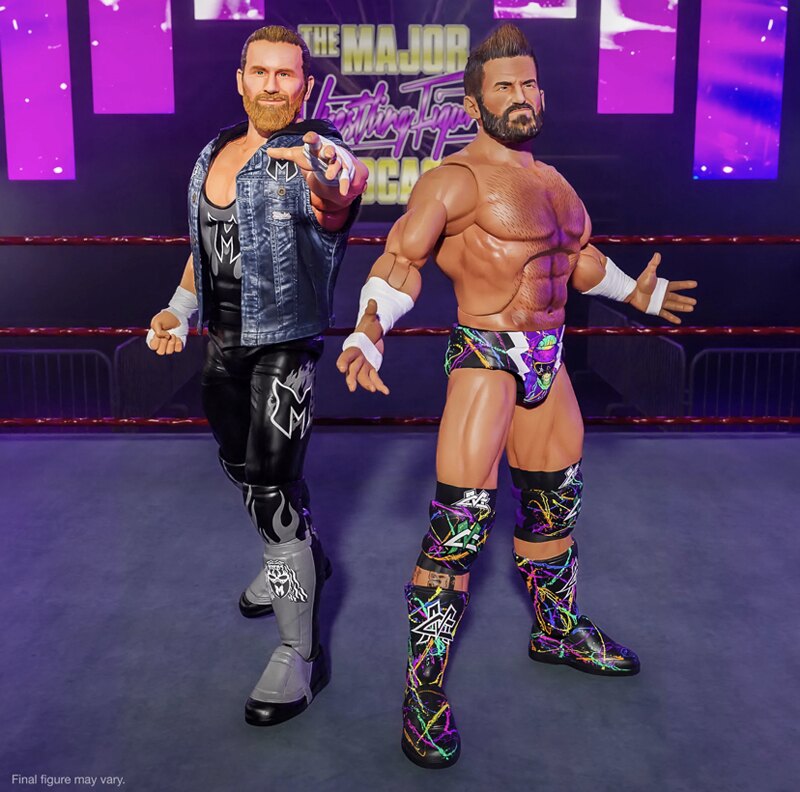 Super7 Teases NEW Next Wave of The Simpsons Ultimates 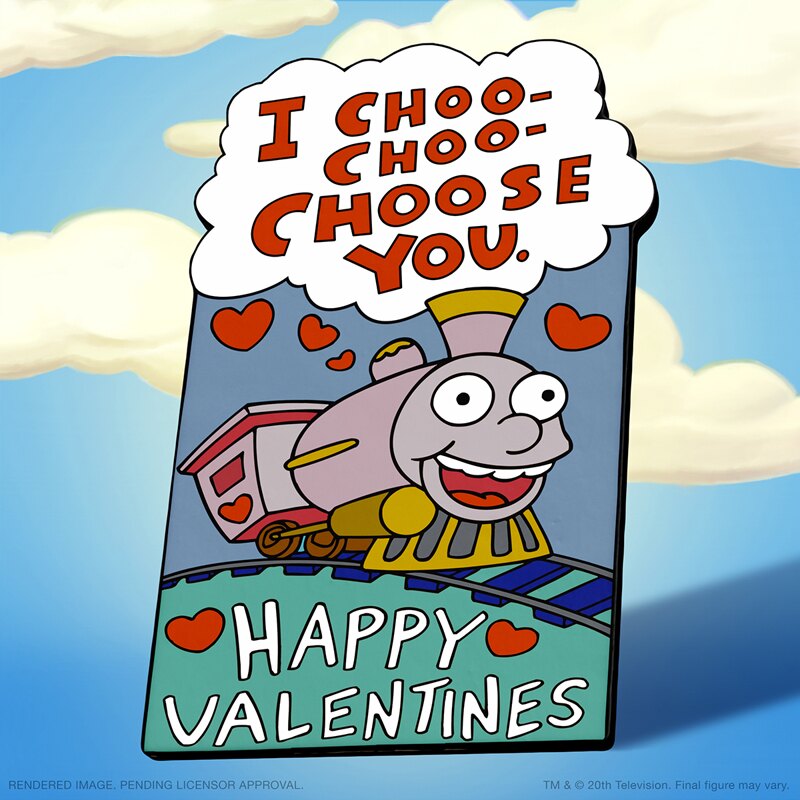 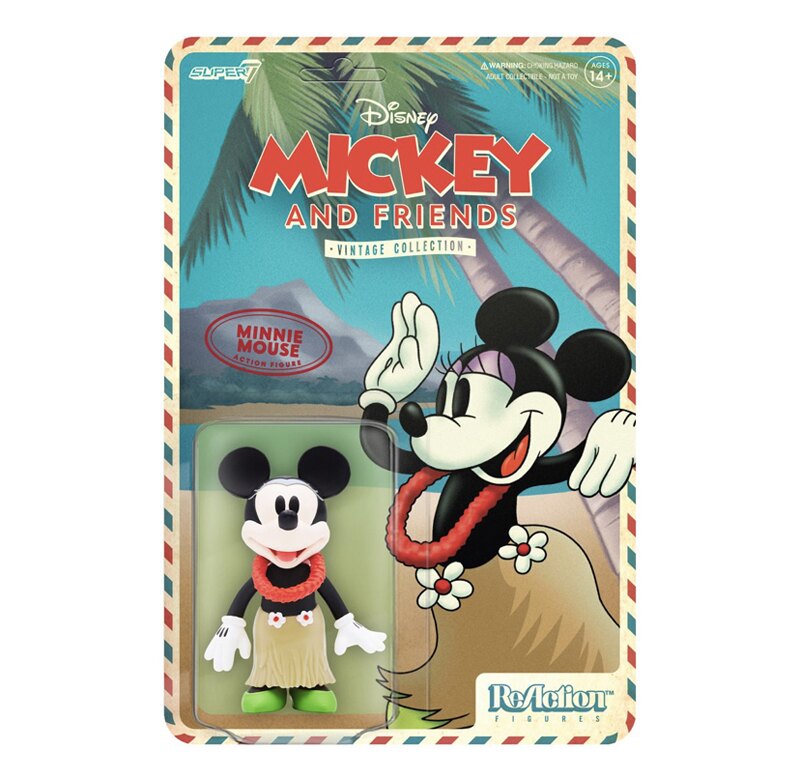 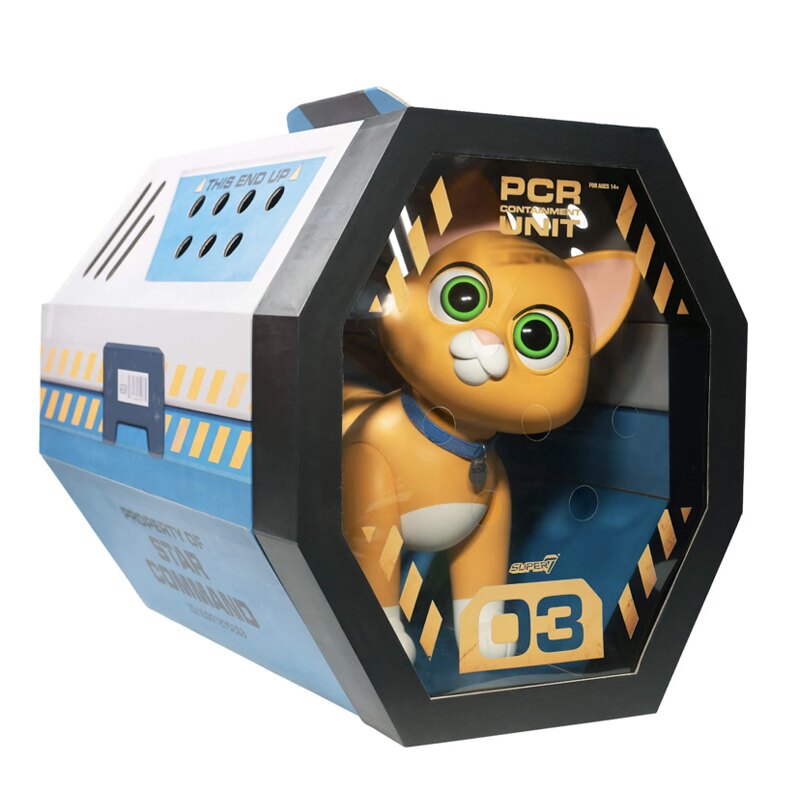 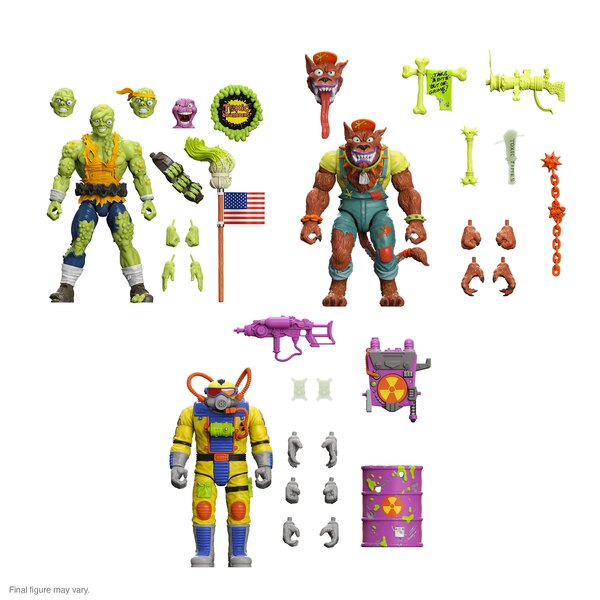