2016 San Diego Comic Con
by Jay Cochran
May 23, 2016
UPDATE: It has been revealed by NECA on their Twitter page that these sets will cost $100 each and will ONLY be available at the convention. These will not be sold online anywhere (other than the secondary market) after the show due to the strict licensing agreement currently in place for these by Nickelodeon.

That being said, we heard similar statements in the past with licensing when it came to Warner Bros. and DC Comic based figures and yet seen NECA twice now has found ways to bring those figures to market. In other words while it may look grim and we feel the frustration and worry that many of you not attending SDCC have of never being able to get your hands on these in any form for a somewhat reasonable price, I wouldn't loose all hope just yet.

Remember back in the late 80's that classic Teenage Mutant Ninja Turtles video game from Konami which was originally released as a coin-op game and then later ported to home systems such as the Nintendo Entertainment System? You know the one that essentially brought the classic cartoon to life and that you and 3 of your friends could play as the four Turtles fighting Shredder and his minions, including several multi-colored type of Foot Clan soldiers? Well NECA sure does and to help celebrate that game they will be releasing a brand new 6" scale figure 4-pack featuring the 4 Turtles as well as a pack with Shredder and the 3 Foot Soldiers. The sets which feature what appears to be newly sculpted figures with that video game digitized effect paint job will be released as a San Diego Comic Con exclusive later this July.


Detailing on price and how those attending the con will be able to pre-order these will be announced later this wekk.

As cool as this set is, I imagine the big question on many people's minds is, will NECA find a way to release regular versions of these figures similar to what we have seen them do with their DC Comic based 7" figures? Only time will tell I suppose. Check out images for this set below.
Image 1 of 20 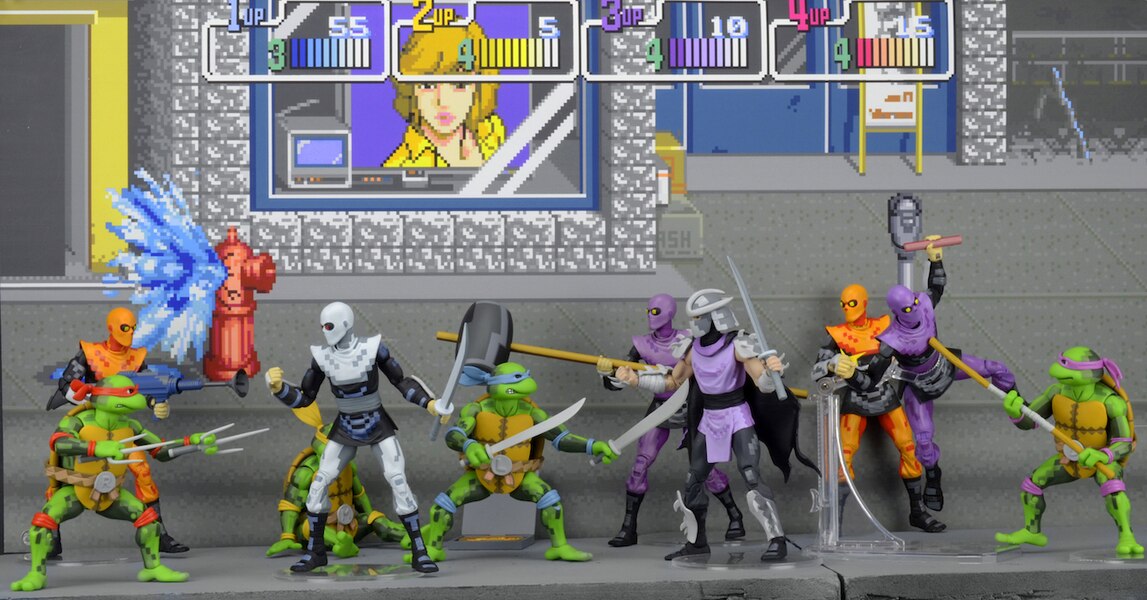 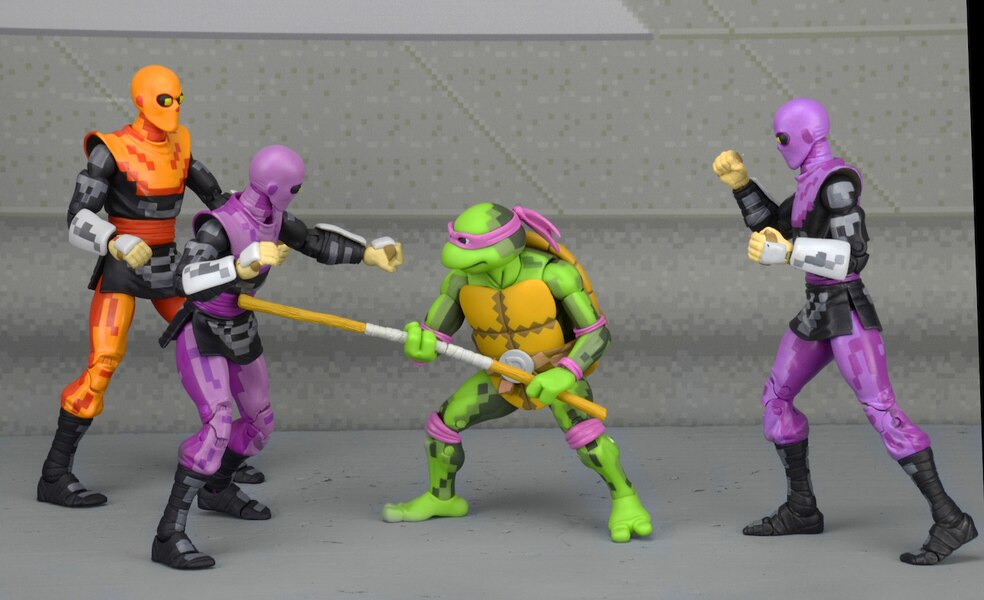 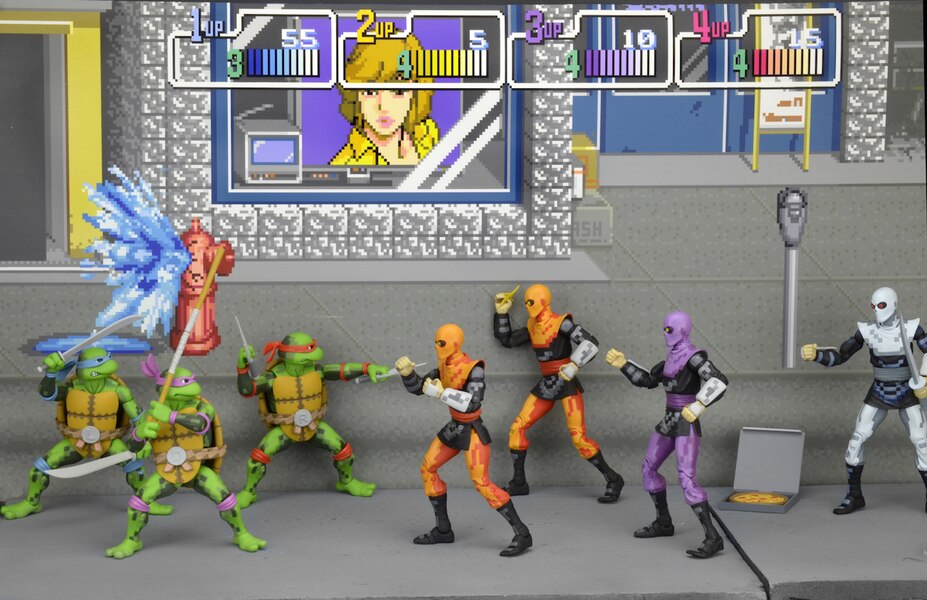 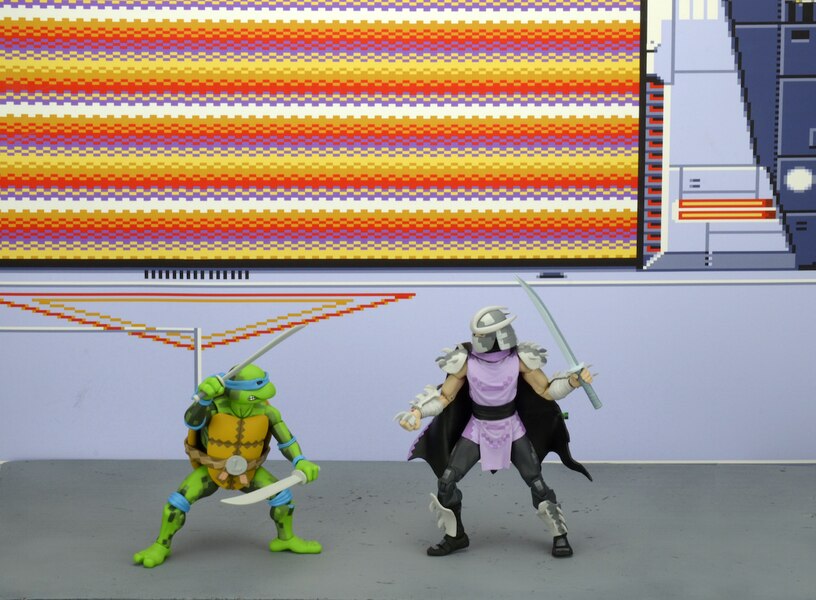 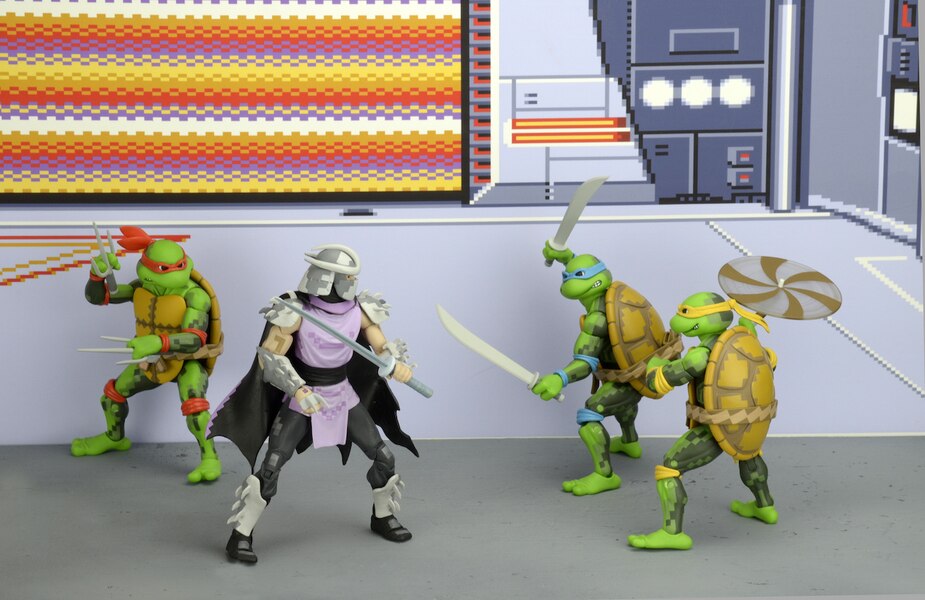 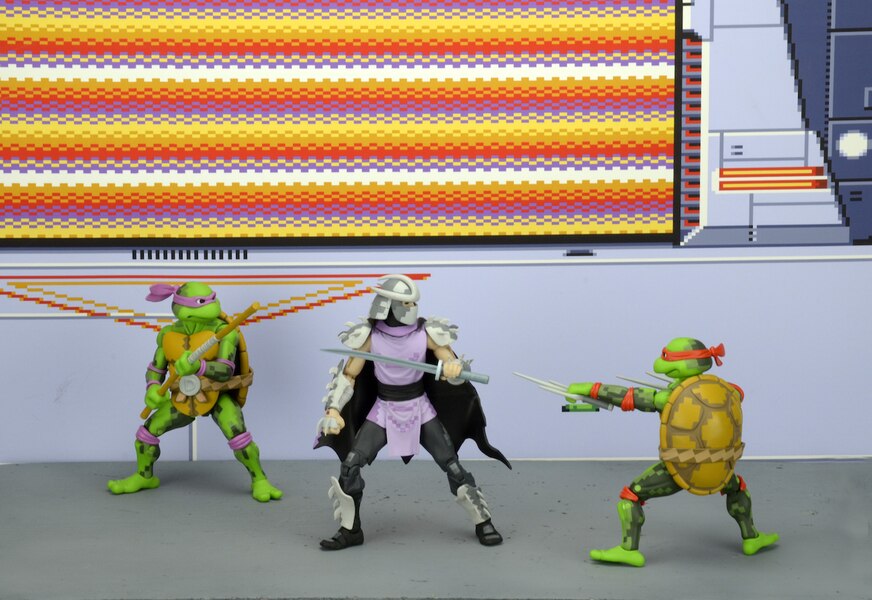 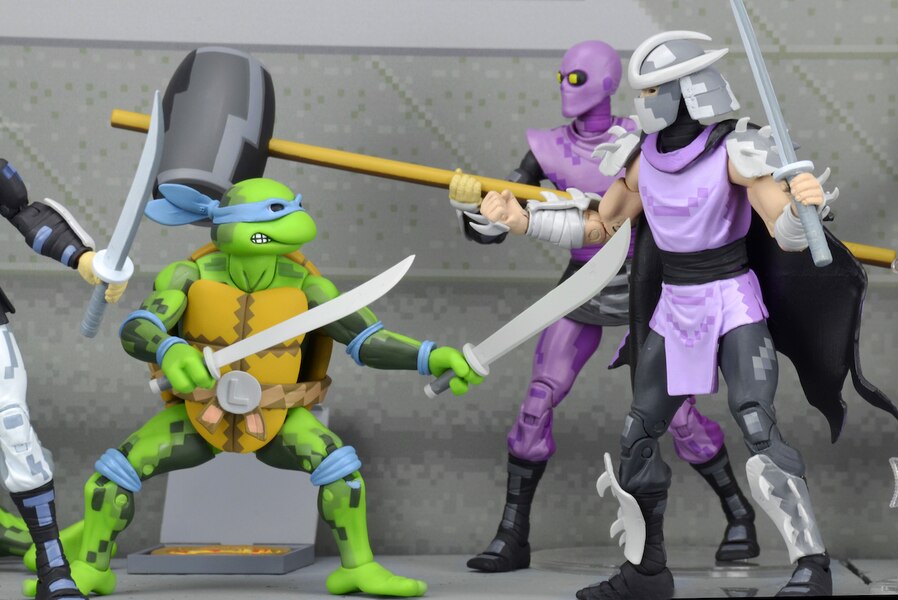 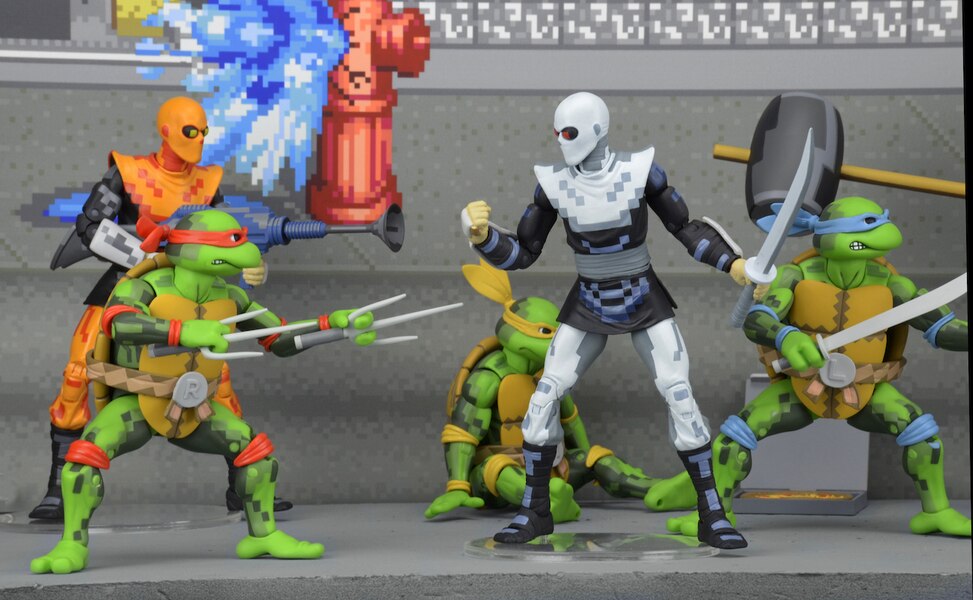 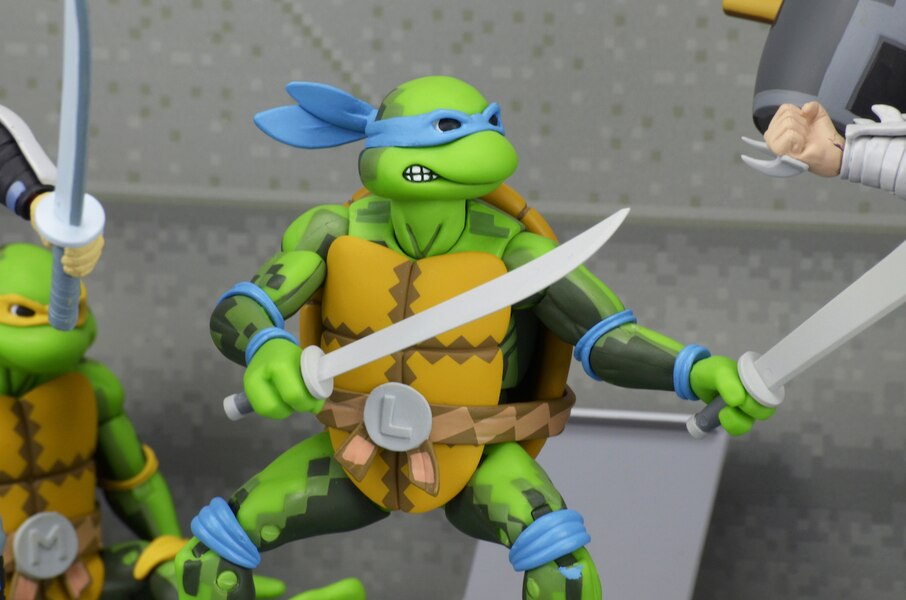 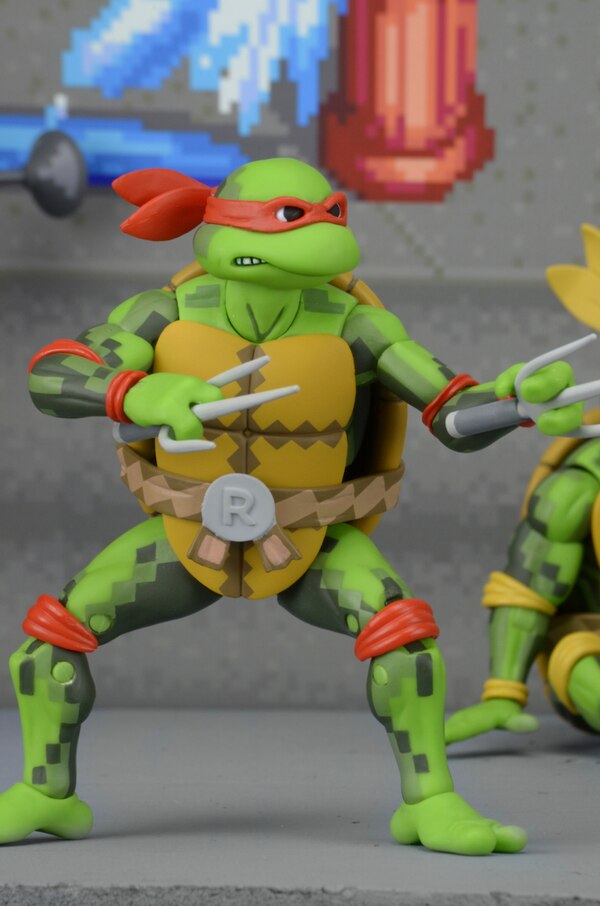 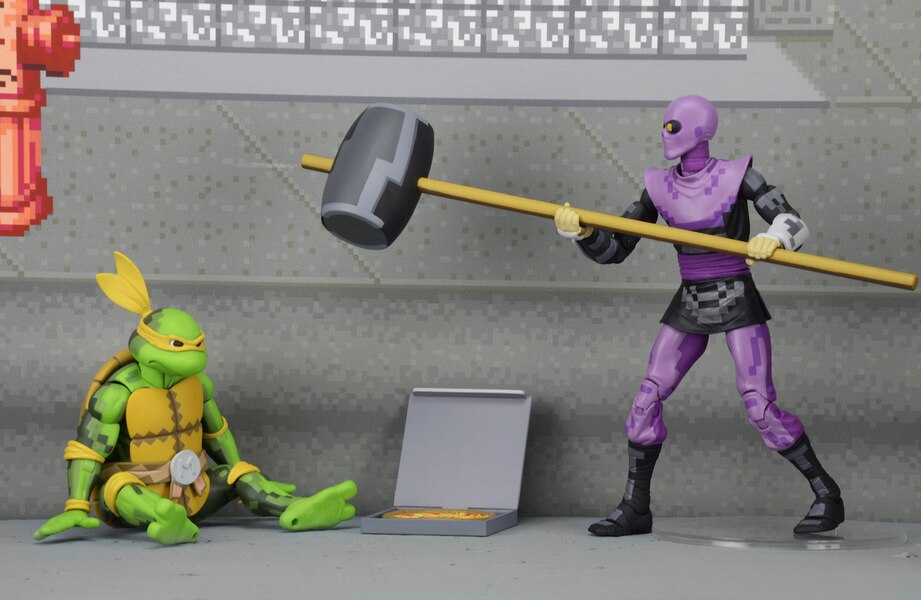 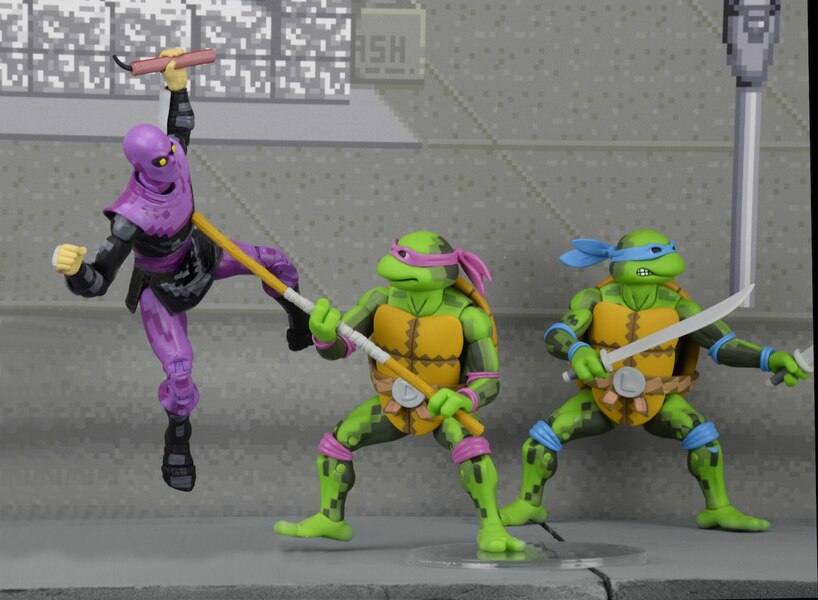 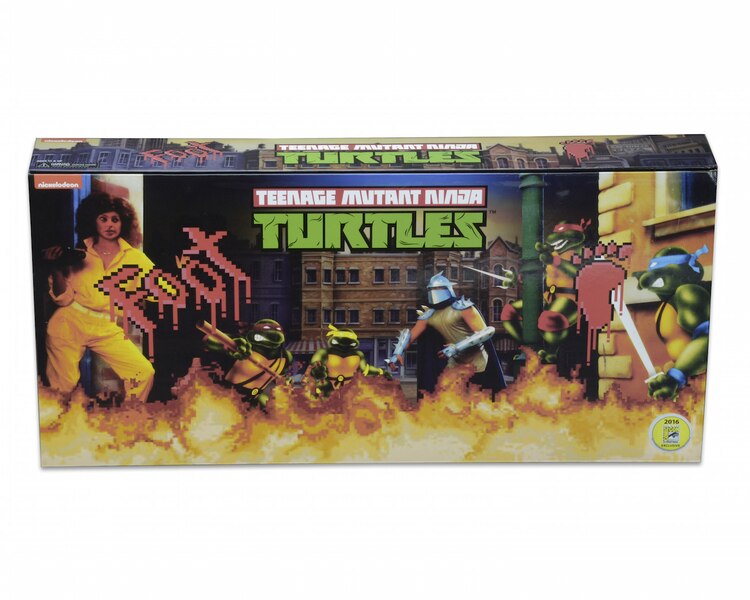 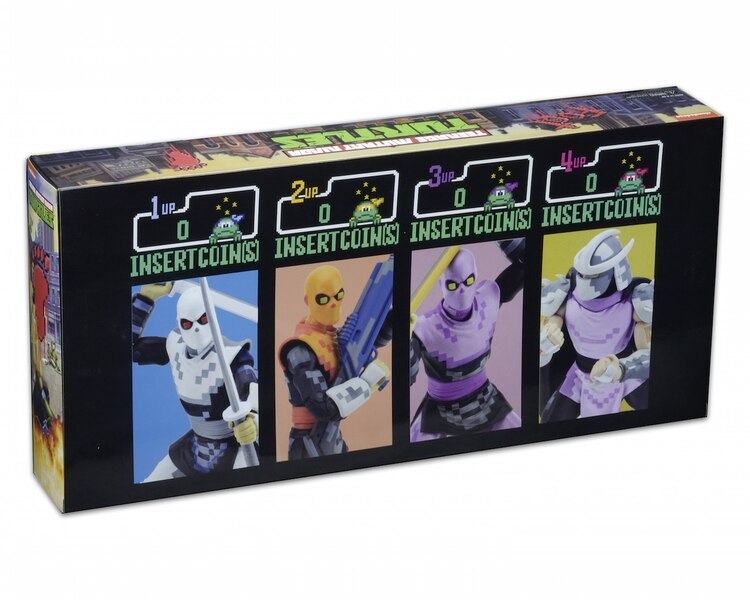 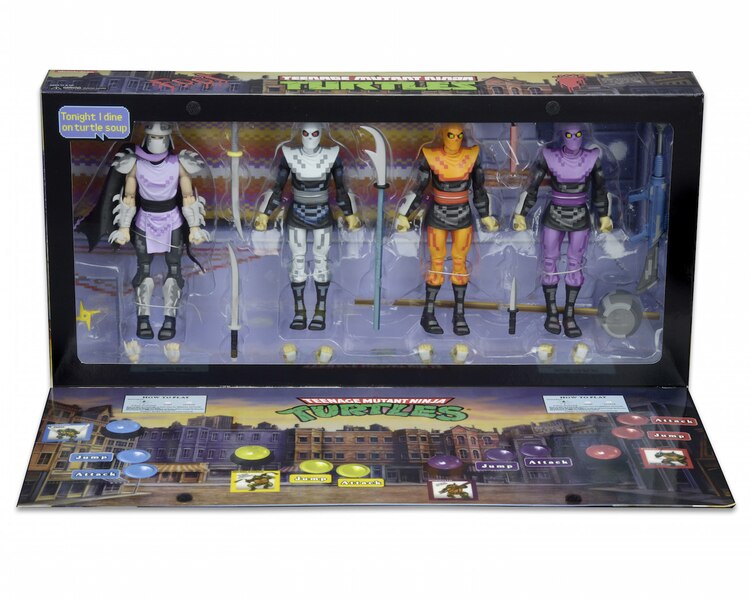 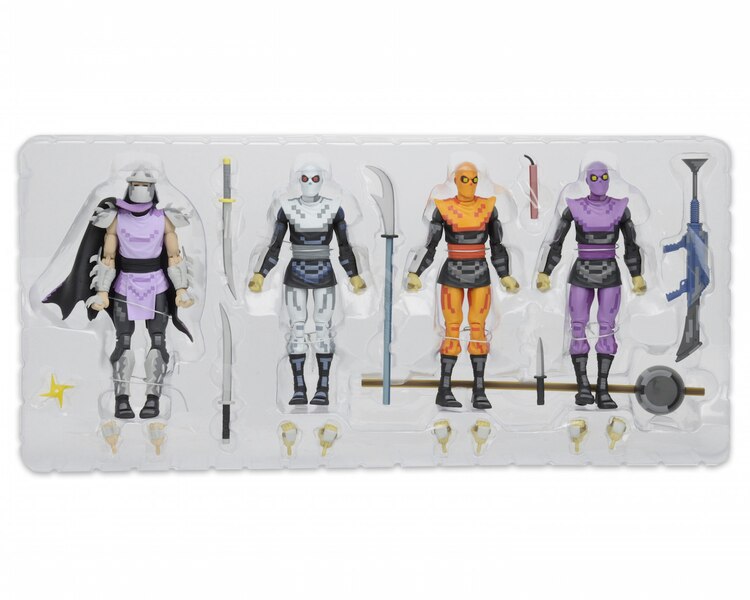 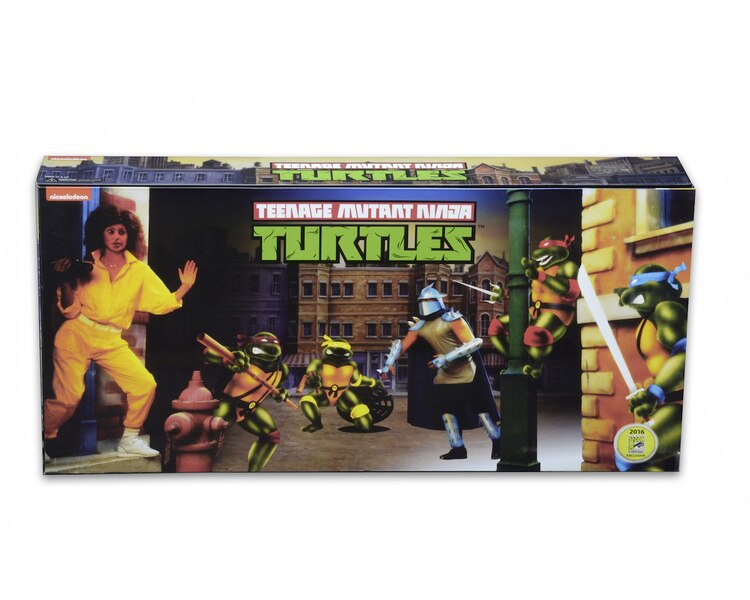 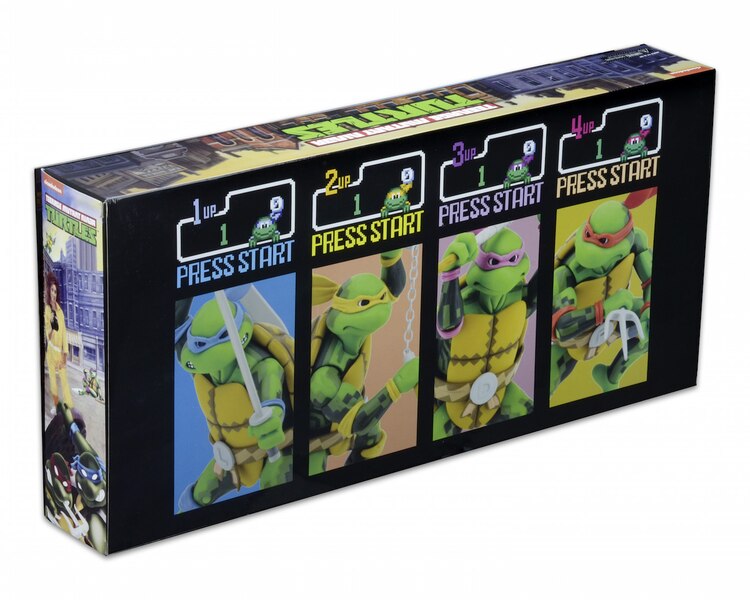 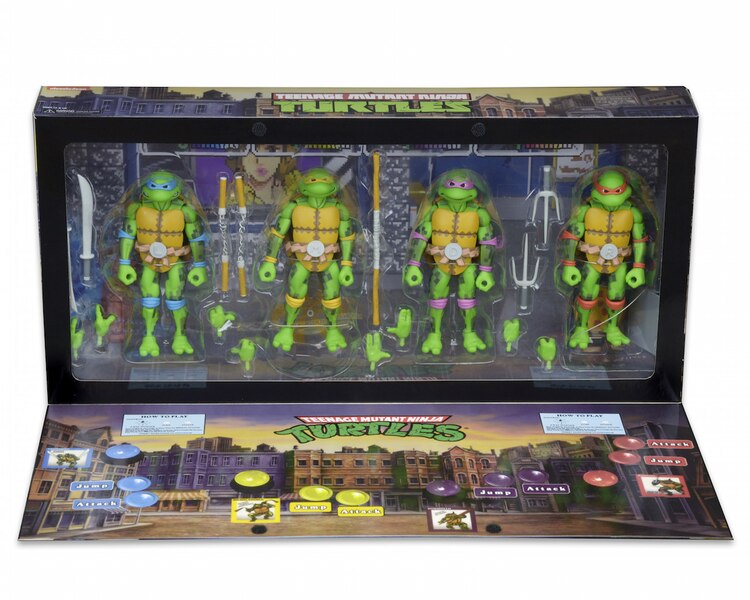 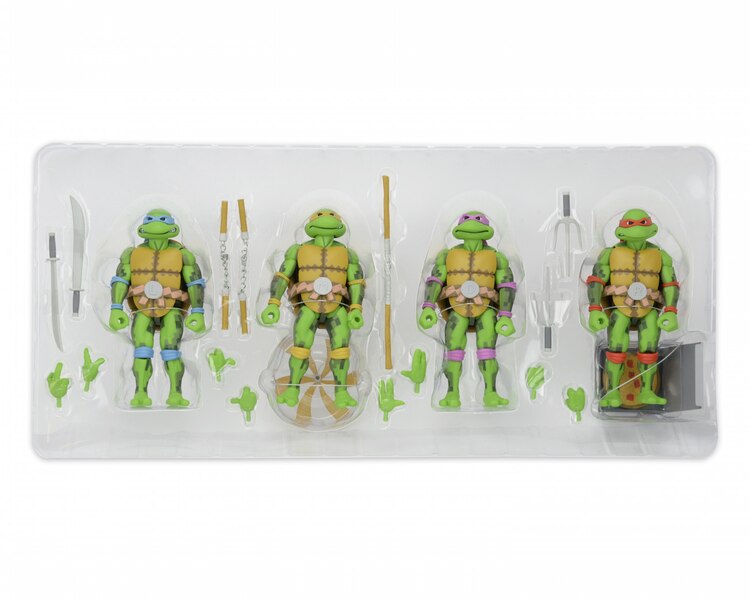 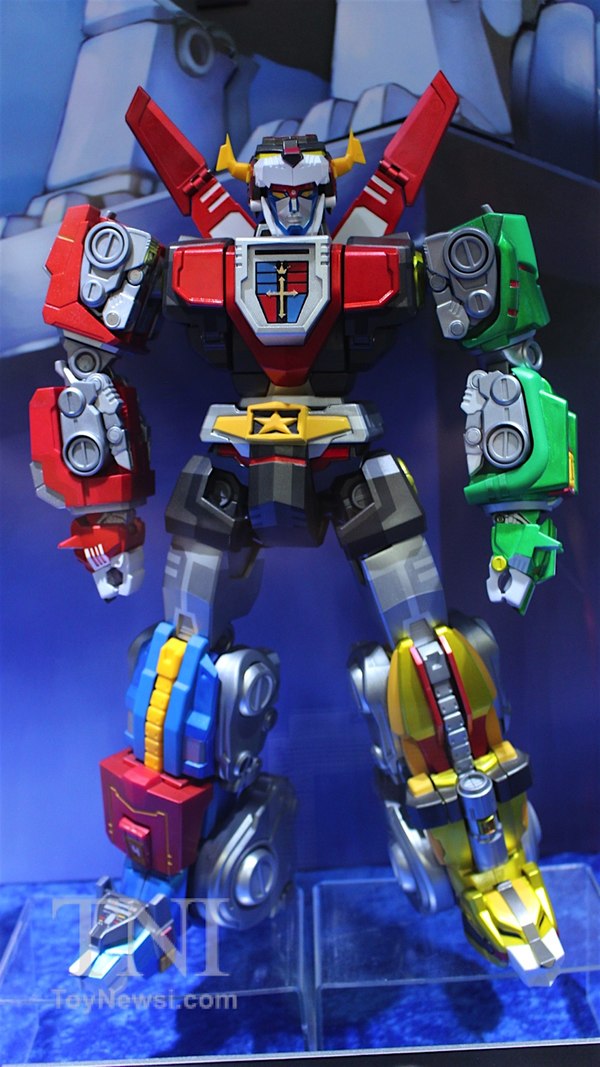 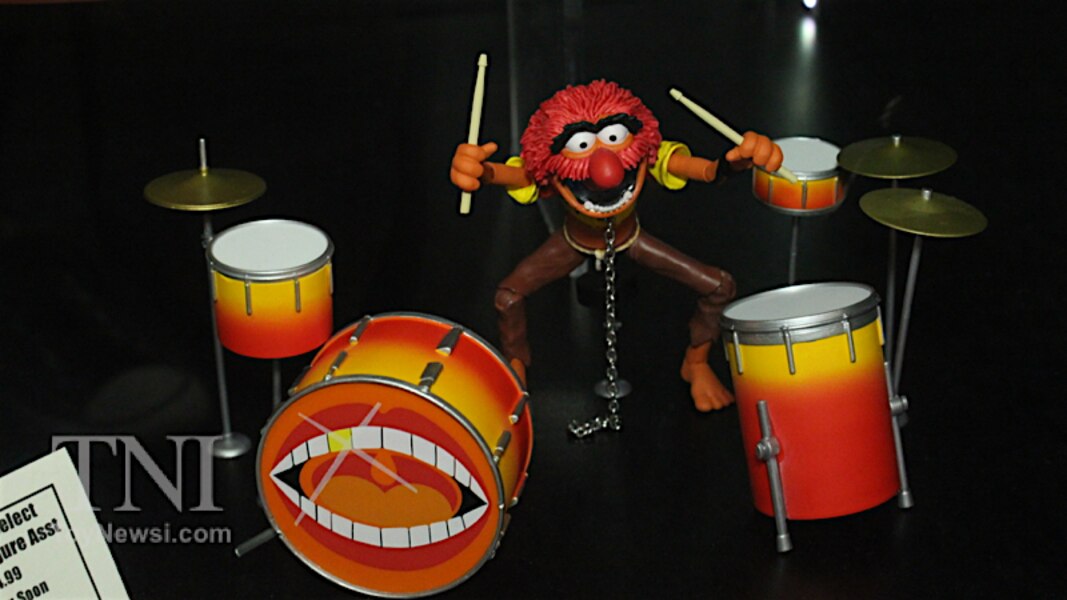 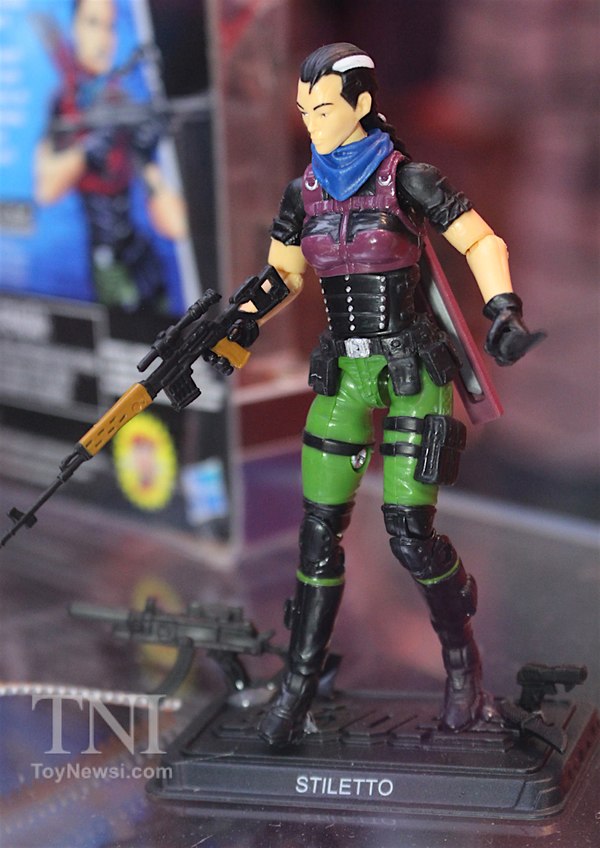 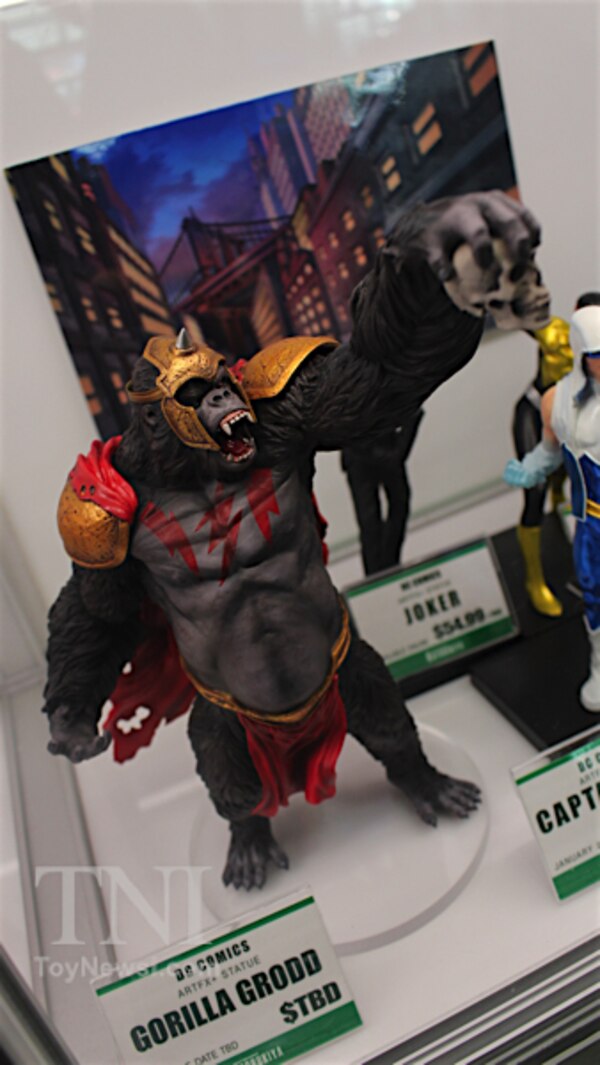 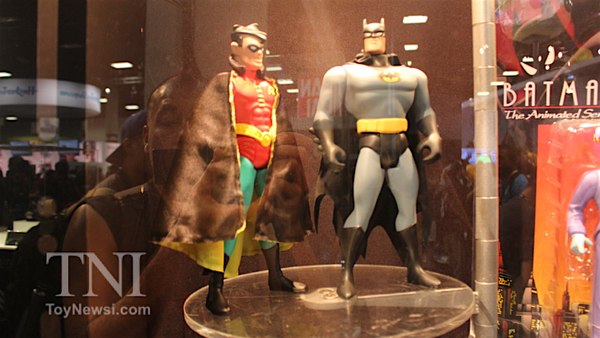