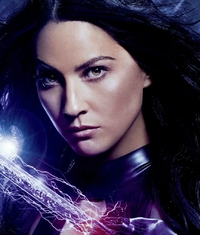 Olivia Munn is in negotiations with Twentieth Century Fox for a role opposite Boyd Holbrook in the reboot of the alien action-movie series, The Predator. The reboot is being directed by Shane Black and was co-written by Black and Fred Dekker.

Munn will play a scientist opposite Holbrook’s Special Forces commando.

Very little is known about the plot of the movie except the story plunks the alien hunter — whom audiences have seen fight in jungles, concrete jungles, frozen wastelands and alien planets — in the harsh environment of … suburbia.

Production for the reboot is schedule for a February start date.