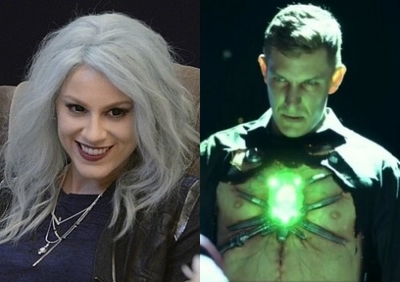 The likes of Livewire (played by Brit Morgan) and Metallo (Frederick Schmidt) are among the villains returning to the CW drama in 2017.

Metallo appeared in the first two episodes of Season 2 and was ordered to kill Lena Luthor. He was later turned into a cyborg by the not-so-good people of Cadmus.

Livewire appeared in the Season 1 self-titled episode, which transformed CatCo employee, Leslie Willis into a vengeful maniac. She later showed up again teaming up with Silver Banshee to fight Supergirl and The Flash.

Executive producer Ali Adler has confirmed that other past villains will reappear this season, but it’s too early to make any additional announcements.