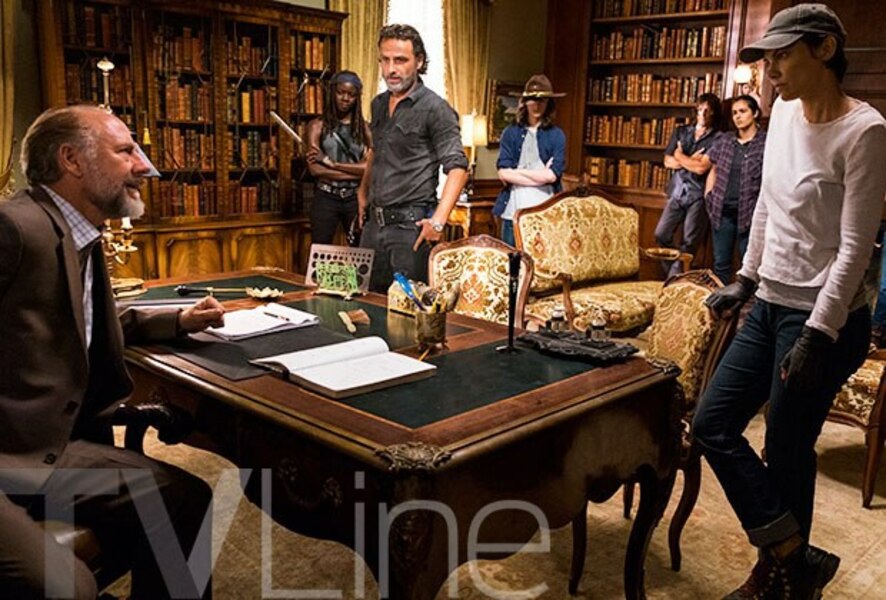 TVLine has released a new image above from an upcoming episode showing Rick and the rest of the group speaking with Gregory about Negan.

AMC has released a collection of teaser images for the midseason premiere of The Walking Dead Season 7. The images contain a sort of hidden message to the remaining eight episodes.

AMC's "The Walking Dead" will return for the second half of season seven on Sunday, February 12 at 9:00 p.m. ET/PT.

The second half will consist of eight episodes. "The Walking Dead," which remains the number one show on television for a fifth consecutive season, is executive produced by showrunner Scott M. Gimple, Robert Kirkman, Gale Anne Hurd, Greg Nicotero, Dave Alpert and Tom Luse.