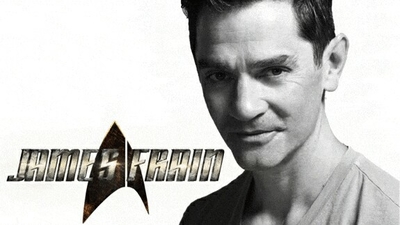 Acclaimed British actor James Frain has been cast as Sarek, the famed Vulcan father of Spock, in Star Trek: Discovery, the newest CBS All Access original series. First introduced in the original Star Trek, "Sarek" has made multiple appearances throughout the franchise over the last five decades.