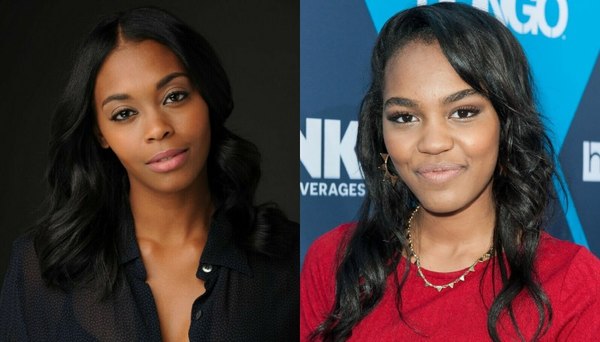 Nafessa Williams and China Anne McClain have landed the lead roles opposite Cress Williams in Black Lightning, the CW’s DC drama pilot from Greg Berlanti, and the writing duo of Mara Brock Akil and Salim Akil.

Williams and McClain will play Williams daughters, Anissa and Jennifer Pierce. Williams plays Anissa - passionate and quick-witted, the twenty-something daughter balances the demands of medical school with her job teaching part-time at her father’s school. McCain plays Jefferson’s teenage daughter, an independent, outspoken scholar-athlete with a wild streak of her own.

Based on the DC character created by Tony Isabella with Trevor Von Eeden, Black Lightning centers on Jefferson Pierce (Williams). He made his choice: He hung up the suit and his secret identity years ago, but with a daughter, Jennifer (McCain) hellbent on justice and a star student being recruited by a local gang, he’ll be pulled back into the fight as the wanted vigilante and DC legend Black Lightning.

In the DC comics, Anissa and Jennifer follow in their father’s footsteps and become superheroes, taking on the names of Thunder and Lightning, respectively.