SYFY Picks Up 'Krypton' For A Full Season Order 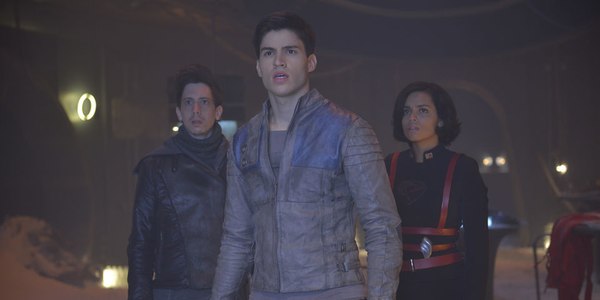 The SYFY network has ordered Krypton, the Superman prequel, for a full first season and have revealed the first image of the main cast members. The image features Cameron Cuffe, portraying the grandfather of Superman in the series, Seyg-El. The character is fighting for the future of his House of El, and to save the world he calls home.

Joining Cuffe in the image are Georgina Campbell, and Rasmus Hardiker. The former is portraying Lyta Zod, obviously a character in the bloodline of famous Superman villain, General Zod. As many fans of DC know, the Zods and Els were close allies for a long period of time.

The show is expected to debut in the early months of 2018.

Set two generations before the destruction of the legendary Man of Steel’s home planet, KRYPTON follows Superman’s grandfather (Cameron Cuffe, “The Halcyon”) — whose House of El was ostracized and shamed — as he fights to redeem his family’s honor and save his beloved world from chaos. Based on DC characters, KRYPTON is from Warner Horizon Scripted Television and is executive produced by David S. Goyer (“Man of Steel,” “Batman v Superman: Dawn of Justice,” “The Dark Knight” trilogy) through his Phantom Four banner. Damian Kindler (“Sleepy Hollow”) will serve as executive producer and showrunner.

The pilot teleplay was written by Goyer and Kindler, from a story by Ian Goldberg (“Once Upon a Time,” “Terminator: The Sarah Connor Chronicles”) & Goyer, with Colm McCarthy (“She Who Brings Gifts,” “Peaky Blinders”) serving as director and co-executive producer. KRYPTON is based on characters created by Jerry Siegel and Joe Shuster, published by DC.