Following a short battle with leukemia, beloved 88-year-old television and voice actor Adam West sadly passed away in June of this year. Best known for his iconic portrayal of Batman in the popular 1960s live-action series, West had completed the voice work on what would be his final performance as the Caped Crusader.

Directed by storyboard artist and animation helmer Rick Morales (Batman: Return of the Caped Crusaders, Beware the Batman), "Batman vs. Two-Face" will be available on Blu-ray and DVD on October 17th.

Former Gotham City District Attorney Harvey Dent, one side of his face scarred by acid, goes on a crime spree based on the number '2'. All of his actions are decided by the flip of a defaced, two-headed silver dollar. 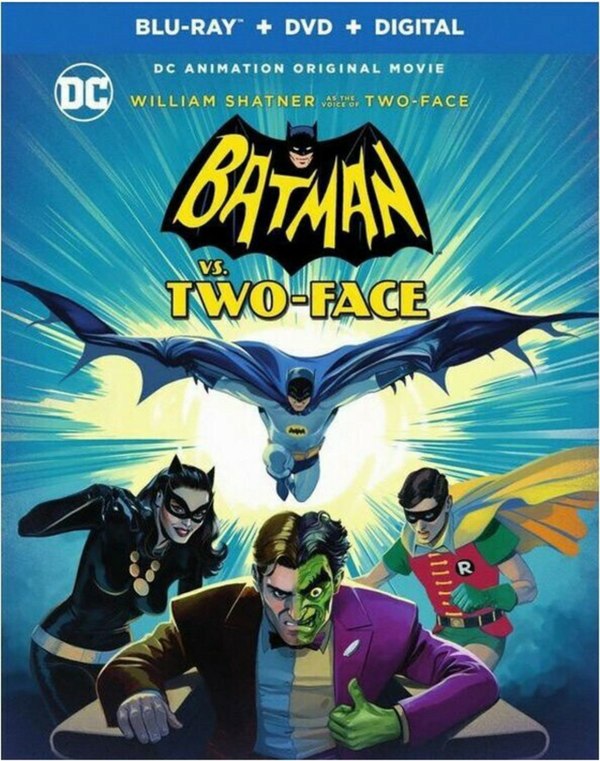