The Toys That Made Us Netflix Series Review 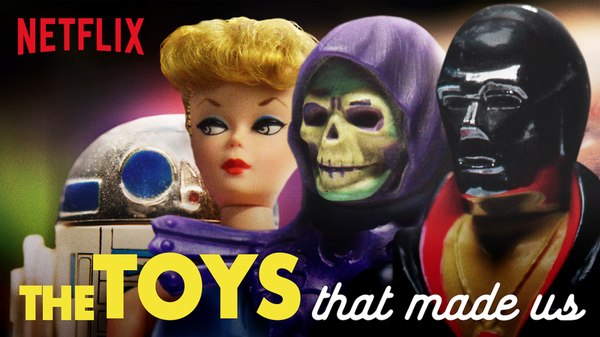 “The Toys That Made Us” is a new documentary series airing on Netflix that focuses on popular toy lines that began in the 1980’s and earlier, toys like He-Man, G.I. Joe, Barbie and Star Wars which debuted during what many consider to be the golden age of toys and are still around in one form or another today.

While nice to see a show like this help elevate our hobby of toy collecting more into the mainstream and great to see friends and people I know (some of whom I have interviewed myself) get air time, I have to be honest the overall show presents more as a fluff piece for the industry than a hard-hitting, informative documentary about how these toys came to be and where they really are today.

Honestly, I don’t think the show’s target audience is someone like me who works in the industry covering this stuff on a daily basis or even a hardcore collector who actively buy toys regardless of age. No, I think this show is meant to appeal to those who grew up collecting and playing with these toys who may be looking for a trip down memory lane even if they haven’t touched an action figure since their childhood days. In other words, a show that is hoping to cash in on the 1980’s nostalgia wagon. Don’t get me wrong, I loved the 80’s. It was the decade I grew up in and has lots of good memories for me, especially when it comes to toys. However I also feel like the whole 80’s thing has been done to death. I love Star Wars toys. It is the toy line that got me into playing with action figures as a kid, and it’s the line that primarily got me back into action figures as an adult. It's just I don’t know how many times I can listen to the origin story of the line or hear about the Early Bird Certificate set or how rare the Vinyl Cape Jawa and Rocket Fire Boba Fett figures are. Including information that seems like common knowledge for collectors however is not what really bothered me about the show. I was bothered by how little the show focused on these brands in the modern day and even less on the adult collectors who have helped keep these lines alive for so long. For instance in the MOTU episode there was no mention at all about MattyCollector or how Mattel has been trying for years to get a new Masters Of The Universe movie made. When Super7 was mentioned briefly, they made ito sound like it was a partnership with no mention of why Mattel decided to hand off one of their most notable licenses to another company to make the figures.

Also, while I don’t have a problem mentioning holy grail items like the Rocket Fire Boba Fett or the collectors who own them, I didn’t like how the show seemed to indicate the adults who do collect primarily do so out of a sense of monetary value. The truth is, many collectors do not collect action figures because they hope or think the figure will appreciate in value. They collect because they simply enjoy toys, displaying them on shelves or taking photos of them. Many collectors, despite having a great respect for the lines from the 80’s, don’t actively seek to recapture those old toys. They actually prefer the new more modern-looking incarnations of them.

The other issue I had with the show is how hesitant it was to really delve into the nitty-gritty of the hobby. I give it some credit for at least touching upon some of the hot topics like who really invented He-Man or created G.I.Joe, but I think the show would have been far more interesting if it spent more time examining those aspects of the industry instead of telling us how much money the toys made. Now I realize if they really jumped into the dirty laundry aspects of this business, the toy companies and their representatives would have been far less likely to actually speak with these guys, but still I think it would have made the show far more interesting.

One aspect of the show I did enjoy was how they focused on talking with the creators of these original classic toy lines and showed us how the figures were made starting with original concepts and ending with the final products that ended on shelves. Tidbits of information like how the one designer on the Star Wars line used his own sock on the concept figure of the Jawa when they were presenting them to the studio or how Hasbro designers used Mego Chips figures as the basis for their original 3 3/4” G.I. Joe concept figures.

As I mentioned in the beginning, I am glad to see a show like this give the hobby a larger spotlight and hope it’s successful so we can see more seasons of it in the future, but I do find it unfortunate that the show seemed to focus more on those who simply grew up playing with these things as a kid as opposed to those who collect them today. If the show does continue past the initial season, I hope the creators take a little more time and spend it on the modern day hobby in addition to the past. 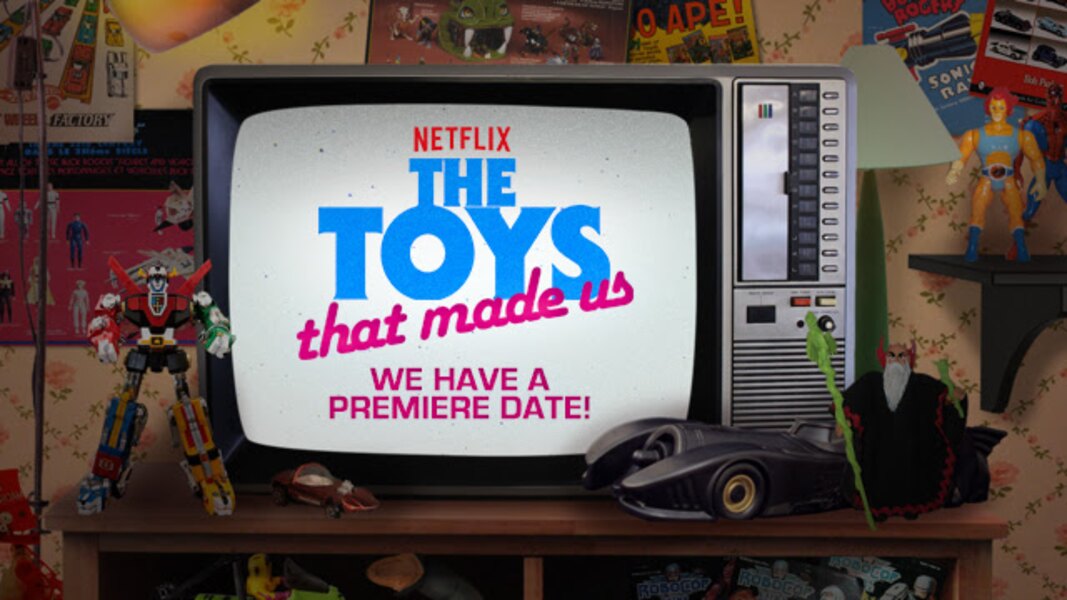 Search Online Stores for The Toys That Made U