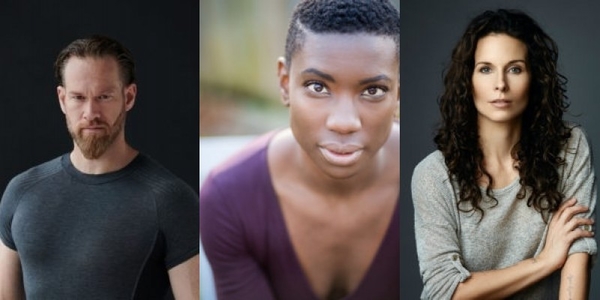 In the shocking season six finale of Arrow, Oliver Queen (Stephen Amell) not only reveals himself to Star City as The Green Arrow, but he’s also arrested and sent to prison. Cast and producers of The CW/Warner Bros. Television’s hit DC series elaborated on what’s in store for Oliver at Slabside Maximum Security Prison during Arrow’s 2018 Comic-Con panel on Saturday, July 21.

Now that Oliver’s behind bars, he will come face to face with many of his former enemies, including Ben Turner/Bronze Tiger (Michael Jai White), Derek Sampson (Cody Runnels) and Danny “Brick” Brickwell (Vinnie Jones). With all three held in Slabside, Oliver will be forced to confront these and other villains he locked up while wearing the hood.

In addition, Team Arrow will come up against The Longbow Hunters, a legendary group of assassins recruited by Ricardo Diaz (Kirk Acevedo) to enact his revenge on Oliver and the team after they took down his burgeoning criminal empire in season six. A trio of villains more lethal than any the team has faced, The Longbow Hunters include:

Kodiak (Michael Jonsson – Van Helsing), a beast of a man with brute force

and Silencer (Miranda Edwards – The Magicians, Orphan Black), a master of stealth

Arrow returns for its seventh season on October 15 in its new Monday 8/7c time period on The CW. Based on the DC characters, the series is executive produced by Greg Berlanti, Beth Schwartz and Sarah Schechter. Arrow is produced by Bonanza Productions Inc. in association with Berlanti Productions and Warner Bros. Television.

Love the show and love what CW isdoing with DC.

Arrow is still the #1 DC show. Or even best DC entertainment.

really wish I hadn't watch thistrailer since I'm only at season 5. Damn it!

I'm half way at season 5 now. Almost there

AS the show that started everything, it has to keep going. I hope that it keeps the darker tone as the last season. I wonder if we are going to get the Goatee Oliver at last. This trailer is interesting and I am very much looking forward to it.