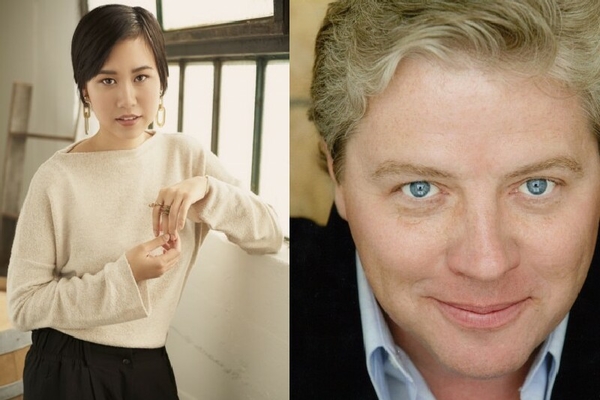 The carefree time travelers of DC’s Legends of Tomorrow will welcome two new faces as they set out to hunt temporal Fugitives in the show’s fourth season (Mondays 9/8c The CW this fall). The casting news was announced in the series’ Comic-Con panel session this afternoon.

Ramona Young (Blockers, Santa Clarita Diet) joins the cast in the series regular role of Alaska Yu. A typical twentysomething easily swept up by romantic notions and fantasy novels, she’s something of an expert in the world of the magical creatures that the Legends encounter in season four. In the company of the Legends, she soon learns to get her head out of the clouds to become a kickass superhero.

Tom Wilson (The Informant, Back to the Future, The Mayor) will recur as Nate’s (Nick Zano) father, Hank Heywood. With a lifetime in the military and Dept. of Defense, Hank is part of a long line of Heywoods to serve the country. Charming and charismatic, he’s left big shoes for Nate to fill — and it doesn’t help that Nate can’t tell him he’s secretly a Legend!

Based on the characters from DC, DC’s Legends of Tomorrow is from Berlanti Productions in association with Warner Bros. Television. Executive produced by Greg Berlani, Phil Klemmer, Keto Shimizu and Sarah Schechter, the series returns for season four on Monday, October 22, at 9/8c on The CW.

I really hoped they would change the Atom suit. Guess it's not too bad but still,it look nothing like the Atom.

I was so bumbed out that Ray didn't upgrade his suit or change the colors of it. Guess we're stuck with this suit now.

I really hoped they would change the Atom suit. Guess it's not too bad but still,it look nothing like the Atom.

I like how LOT has some of the more smaller characters from the Justice League because now we can have everyone on this CW Justice League (Besides Bat-Man and Super-Man although we got Super-Girl and her cousin does exist in her series, it is a possibility we can see Super-Man with Flash and Arrow).I can't imagine if they all had their own show.

I really wanna watch this trailer but I'm like 2 seasons behind and I'm afraid of spoilers.

I like this show. Is my second favorite. It startedslow, but it grew on me. Some characters like Sarah, Ray and Rory really grew in that show.

Can't wait! Also we're gonna have Constantine! Too bad that this trailer doesn't show much.

I felt the same.

They better be doing some time traveling in that Biff episode(s).

I like this show. Is my second favorite. It startedslow, but it grew on me. Some characters like Sarah, Ray and Rory really grew in that show.

Can't wait! Also we're gonna have Constantine! Too bad that this trailer doesn't show much.