Entertainment
by Outsiders
October 16, 2018
Stephen Amell released the official 'Elseworlds' promotional poster via Twitter for The CW’s three-night superhero crossover event. Things are looking a bit confused on Arrow and The Flash in the newest image released from the upcoming “Elseworlds” crossover. The image showed the pair in their Green Arrow and Flash costumes, which isn’t all that unusual. We'll leave it up to you to notice the difference... 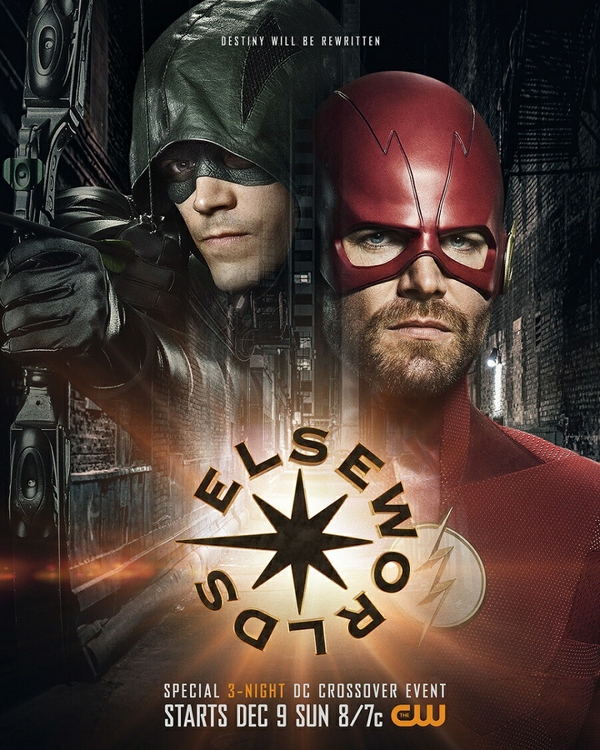 The crossover will start with The Flash on Sunday, December 9th, followed by the storyline continuing on Arrow on Monday, December 10th, before the conclusion on Supergirl on Tuesday, December 11th. No appearances by DC’s Legends of Tomorrow or Black Lightning but we'll see the introduction of Ruby Rose as Batwoman. In addition, Tyler Hoechlin will be returning as Superman and Lois Lane will be making her first time appearance, played by Elizabeth Tulloch.

This a pretty cool looking poster... But why does it strike me as being very much akin to that comic book cover trope of depicting scenes that never actually happenwithinthe issue itself?

Eh, they always hype up these crossovers and they end up not living to the hype. They always start out promising and then they fall apart halfway through.

So ... are Batwoman and Supergirl gonna switch costumes too? Thats been done before in the Elseworld realms