Entertainment
by Jay Cochran
December 18, 2019
What if the Man of Steel was raised behind the Iron Curtain? So begins DC’s acclaimed Elseworlds story, Superman: Red Son, the next entry in the popular series of DC Universe Movies. Produced by Warner Bros. Animation and DC, the feature-length animated film arrives – along with a new DC Showcase animated short, Phantom Stranger – from Warner Bros. Home Entertainment on Digital starting February 25, 2020, and on 4K Ultra HD Combo Pack and Blu-ray Combo Pack on March 17, 2020.

Based on DC’s famed Elseworlds tale from 2003, Superman: Red Son takes place in an alternate reality where the spaceship bearing the last survivor of Krypton crash lands – not in rural Kansas, but in Stalinist Russia. Can this Cold War-era Earth survive the coming of a Soviet Superman?

Golden Globe-nominated actor Jason Isaacs leads a stellar cast as the voice of the alternate, Soviet take on Superman. Isaacs, one of the stars of the Harry Potter film franchise, Star Trek: Discovery and more than 120 films and television series, gets his turn as a Super Hero after three memorable appearances in DC Universe Movies as famous Super-Villains from the DC library. Isaacs previously voiced Sinestro in Green Lantern: Emerald Knights, Lex Luthor in Justice League: Gods and Monsters and Ra’s al Ghul in Batman: Under the Red Hood.

Superman: Red Son is produced and directed by Sam Liu (Reign of the Supermen) from a script by J.M. DeMatteis (Batman: Bad Blood, Constantine: City of Demons). Jim Krieg (Batman: Gotham by Gaslight) is co-producer. Amy McKenna (The Death of Superman) is producer. Executive Producers are Sam Register and Bruce Timm (Batman: The Animated Series).

DC Showcase: Phantom Stranger (Animated Short) – Animation legend Bruce Timm helms Phantom Stranger as both executive producer & director from a script written by Ernie Altbacker (Teen Titans: The Judas Contract). Set in the 1970s, the short follows young adult Jess as she joins her friends at a party in a dilapidated mansion hosted by the mysterious Seth … when odd things begin to happen to Jess and her friends, can Phantom Stranger intervene? Peter Serafinowicz (The Tick) gives voice to Phantom Stranger, and Michael Rosenbaum (Smallville, Impastor) provides the voice of Seth. Phantom Stranger also features the voices of Natalie Lander, Grey Griffin and Roger Craig Smith.

Cold Red War (New Featurette) – An exploration of the Cold War through the lens of the Elseworlds classic Superman: Red Son, as Superman rises to power and tension escalates between the United States and the Soviet Union.

DIGITAL DISTRIBUTION ELEMENTS
On February 25, 2020, Superman: Red Son will be available to own in high definition and standard definition from select digital retailers including Amazon, the Apple TV app, FandangoNOW, PlayStation, Vudu, Xbox and others. On March 17, 2020, Superman: Red Son will be made available digitally on Video On Demand services from cable and satellite providers, and on select gaming consoles.

ABOUT MOVIES ANYWHERE
Movies Anywhere is a digital movie platform that enables movie fans to discover, access, and watch their favorite digital movies in one place. Movies Anywhere brings together a library of nearly 7,500 digital movies from Sony Pictures, Twentieth Century Fox Film, The Walt Disney Studios (including Disney, Pixar, Marvel Studios and Lucasfilm), Universal Pictures (including DreamWorks and Illumination Entertainment) and Warner Bros., and will continue to expand the consumer experience as more content providers, digital retailers and platforms are added. By connecting participating digital retailers that include Amazon Prime Video,  the Apple TV app, FandangoNOW, Google Play, and Vudu, movie fans can now bring together their digital movie collections (whether purchased or redeemed) in one place and enjoy them from the comfort of their living rooms, and across multiple devices and platforms, including Amazon Fire devices; Android devices and Android TV; Apple TV, iPhone, iPad and iPod touch; Chromecast; Roku® devices and popular browsers. Movie fans can also redeem digital codes found in eligible Blu-ray and DVD disc packages from participating studios and enjoy them through Movies Anywhere. Movies Anywhere – your movies, together at last. 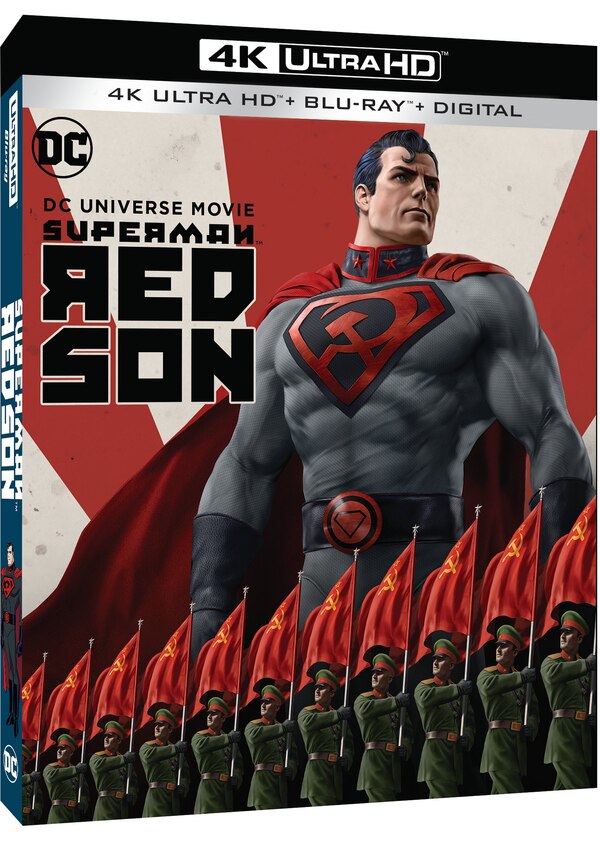 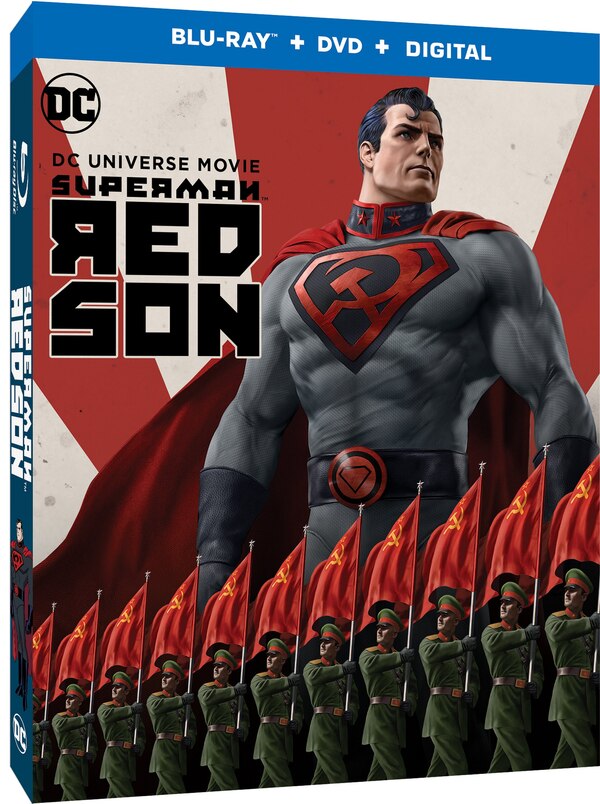 I hope they wont mess it up, I haven't seen decent DC animated movie since Justice League: Gods and Monsters.

Always enjoyed the DC animated films and this was a great Elseworlds story. Hopefully the final product meets the hype.

I know of this story but never got around to reading it but this trailer looks good. Really thought the re-designs on the heroes were cool.I will definitely be checking it out.

Search Online Stores for Superman: The Red So