In “Mortal Kombat,” MMA fighter Cole Young, accustomed to taking a beating for money, is unaware of his heritage—or why Outworld's Emperor Shang Tsung has sent his best warrior, Sub-Zero, an otherworldly Cryomancer, to hunt Cole down. Fearing for his family's safety, Cole goes in search of Sonya Blade at the direction of Jax, a Special Forces Major who bears the same strange dragon marking Cole was born with. Soon, he finds himself at the temple of Lord Raiden, an Elder God and the protector of Earthrealm, who grants sanctuary to those who bear the mark. Here, Cole trains with experienced warriors Liu Kang, Kung Lao and rogue mercenary Kano, as he prepares to stand with Earth’s greatest champions against the enemies of Outworld in a high stakes battle for the universe. But will Cole be pushed hard enough to unlock his arcana— the immense power from within his soul—in time to save not only his family, but to stop Outworld once and for all?

Bringing the hugely popular property to the big screen, McQuoid led a team of Australian and U.S. filmmakers, including director of photography Germain McMicking (“True Detective,” “Top of the Lake: China Girl”), production designer Naaman Marshall (“Underwater,” “Servant”), editors Dan Lebental (“Spider-Man: Far From Home”) and Scott Gray (“Top of the Lake,” “Daffodils”), visual effect supervisor Chris Godfrey (“Hacksaw Ridge”) and costume designer Cappi Ireland (“Lion,” “The Rover”). The music is by Benjamin Wallfisch (“Blade Runner 2049,” the “IT” films). New Line Cinema Presents an Atomic Monster/Broken Road Production, “Mortal Kombat.” The film is set for release nationwide on April 16, 2021 in theaters and will be available in the U.S. on HBO Max for 31 days from theatrical release. It will be distributed worldwide by Warner Bros. Pictures.
Image 1 of 31 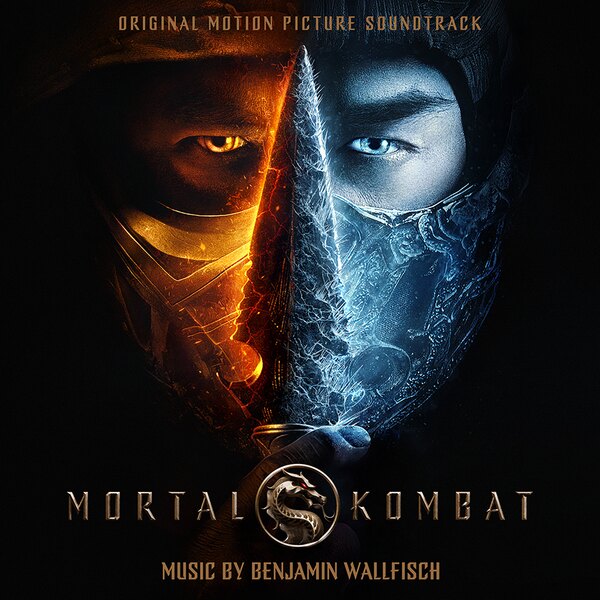 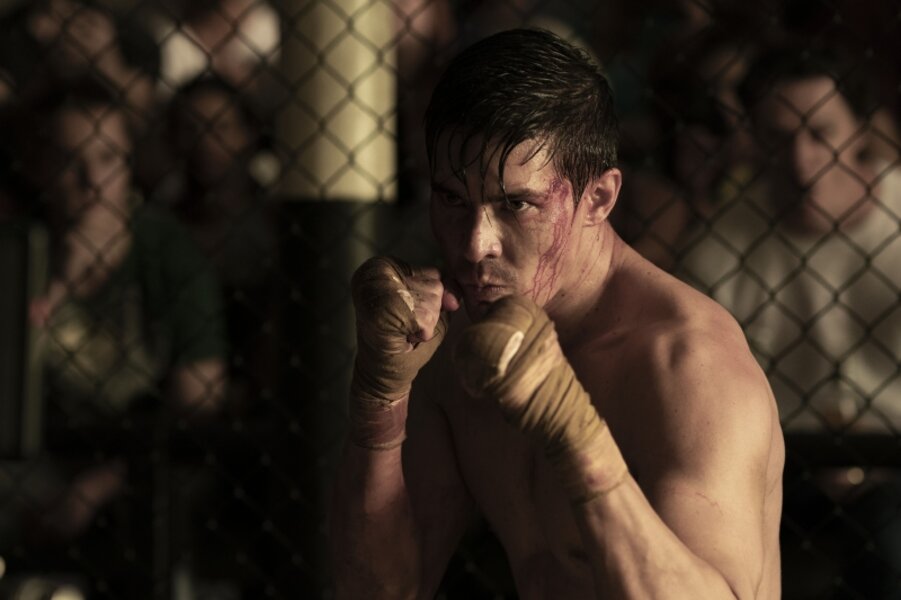 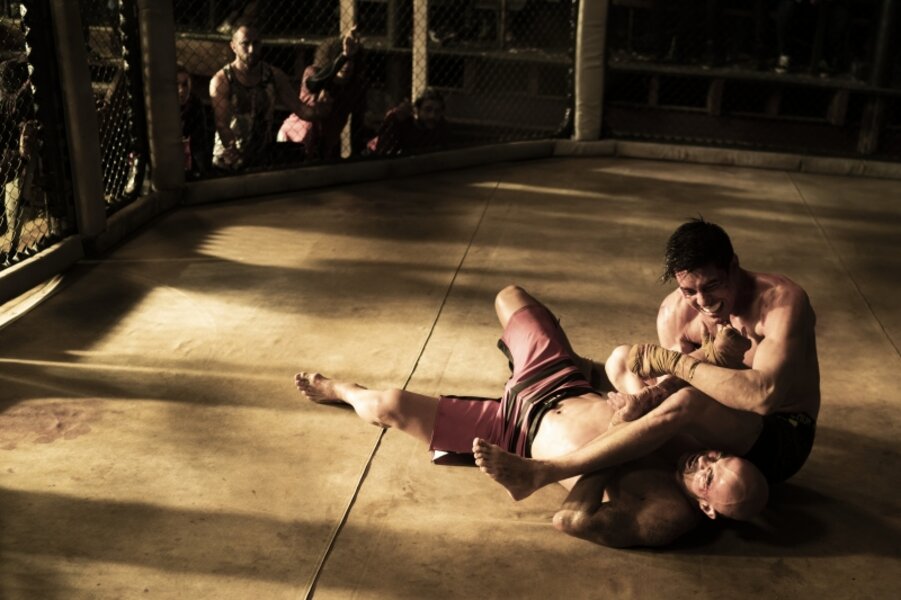 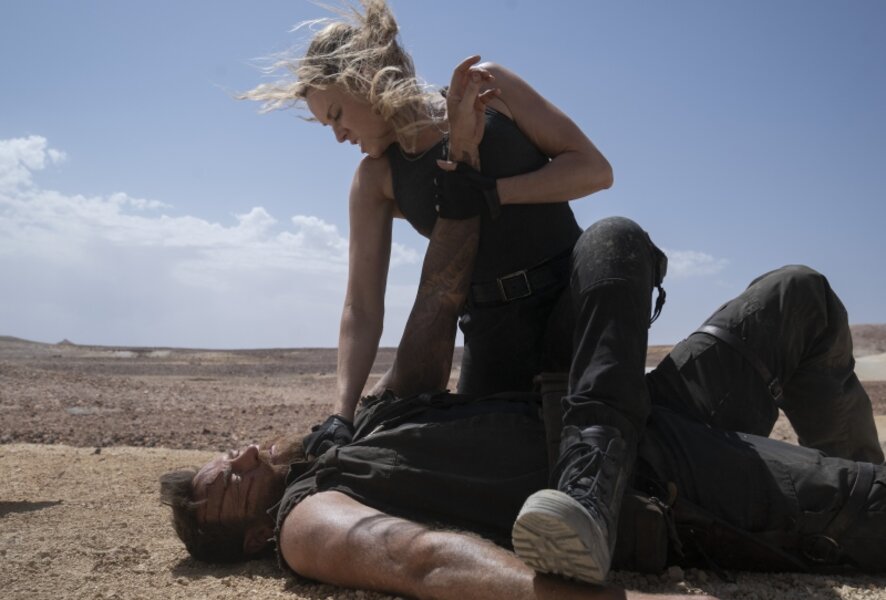 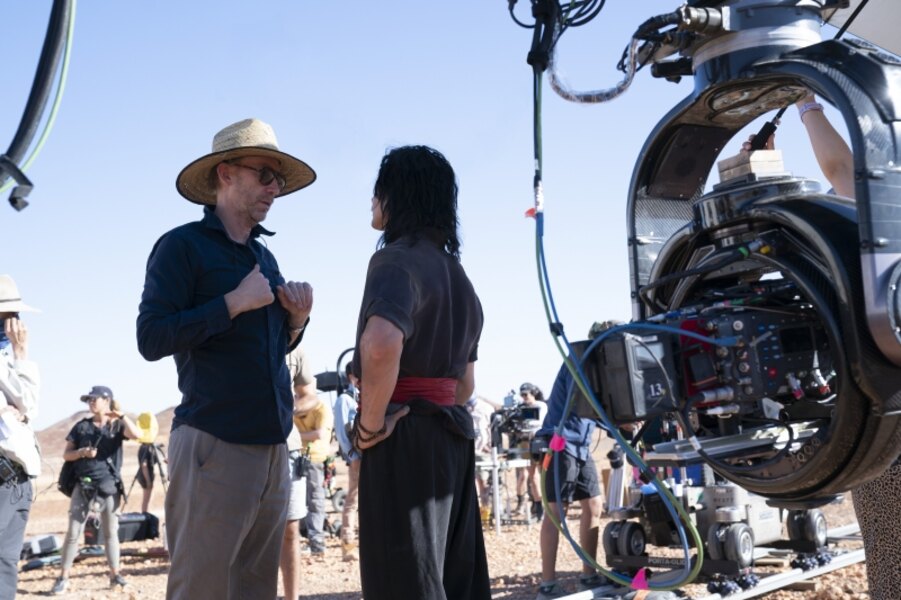 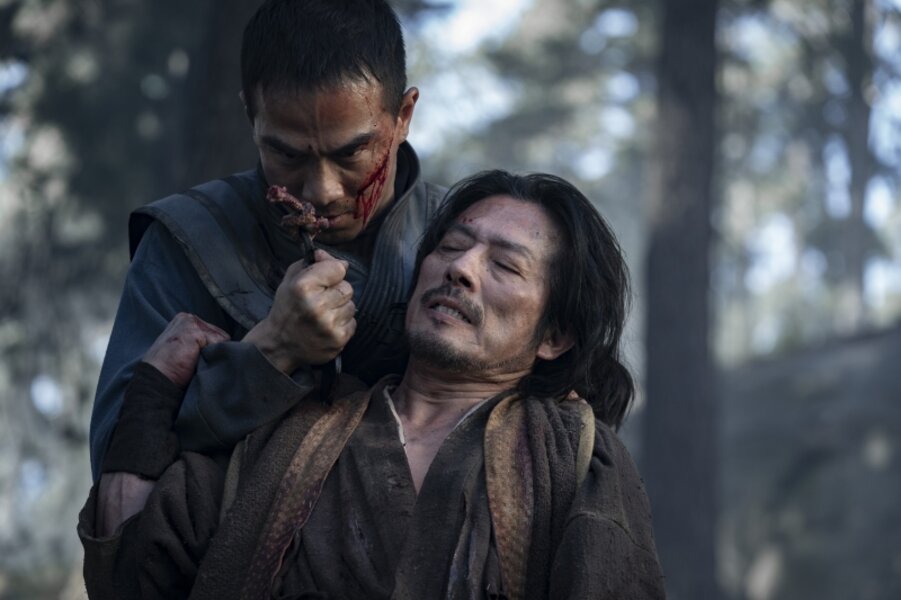 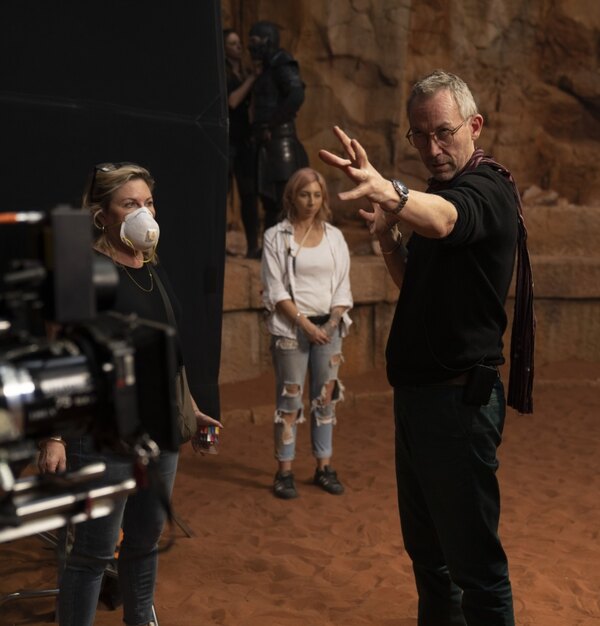 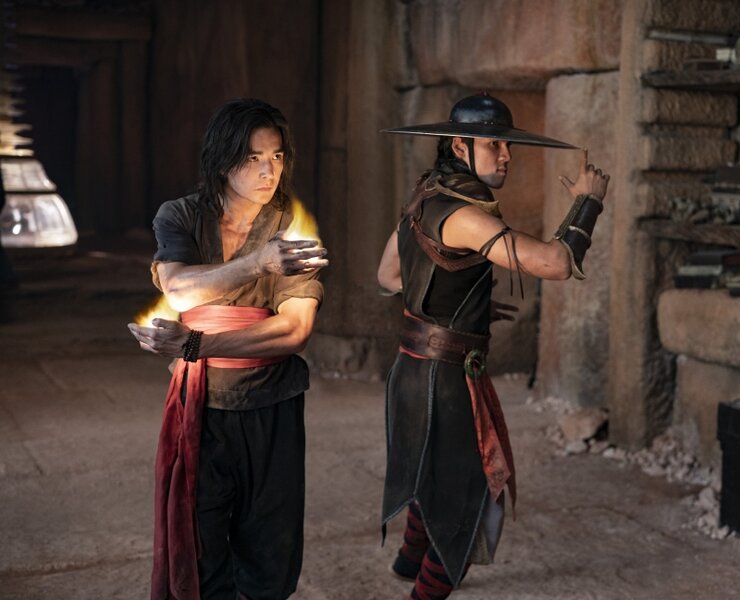 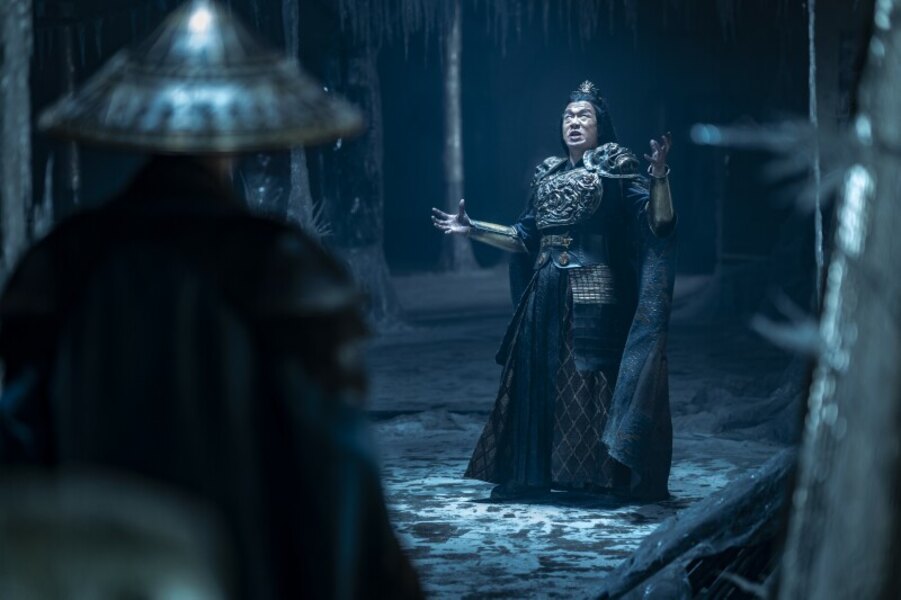 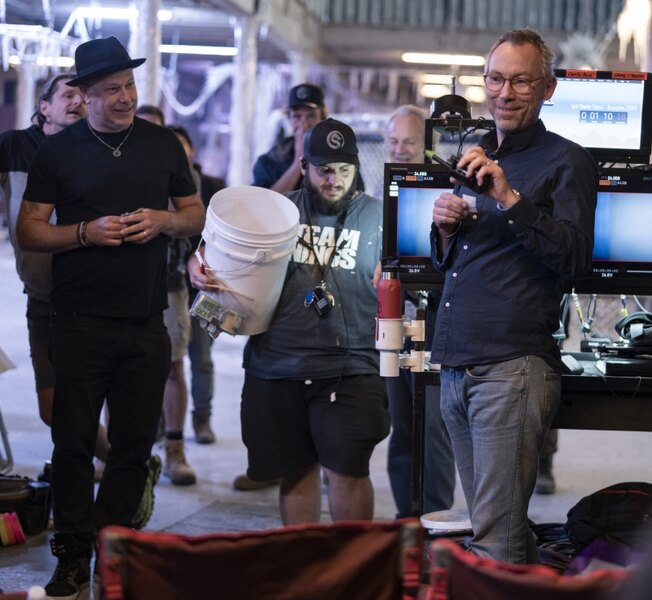 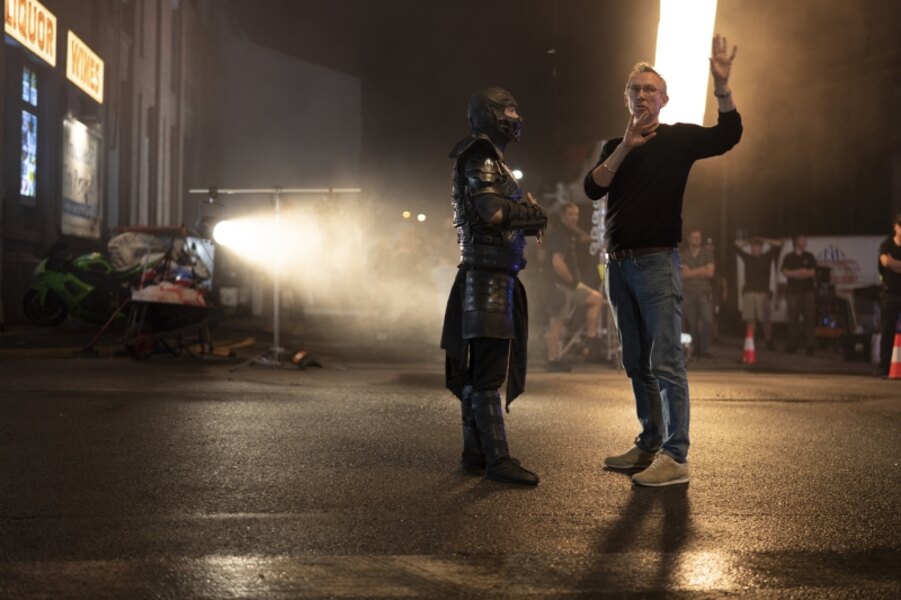 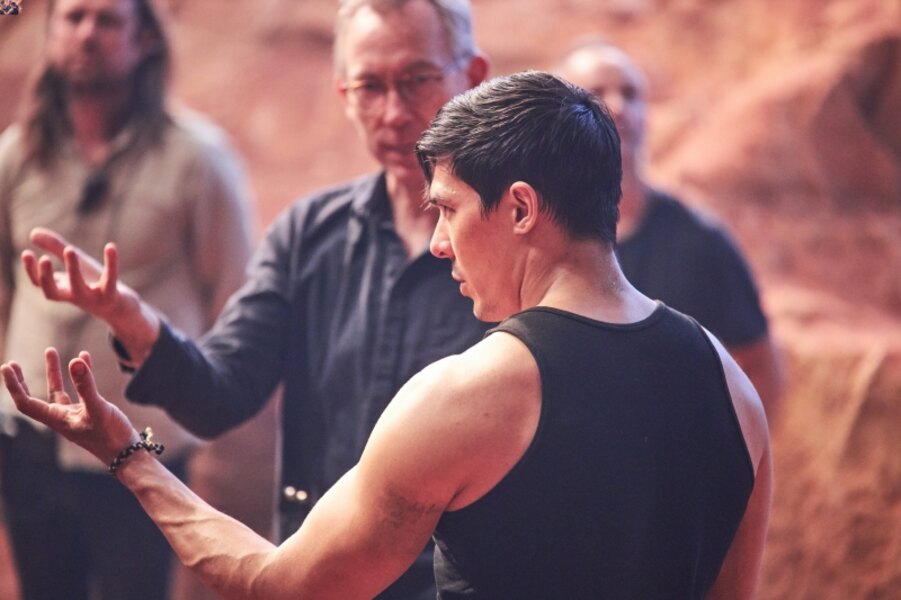 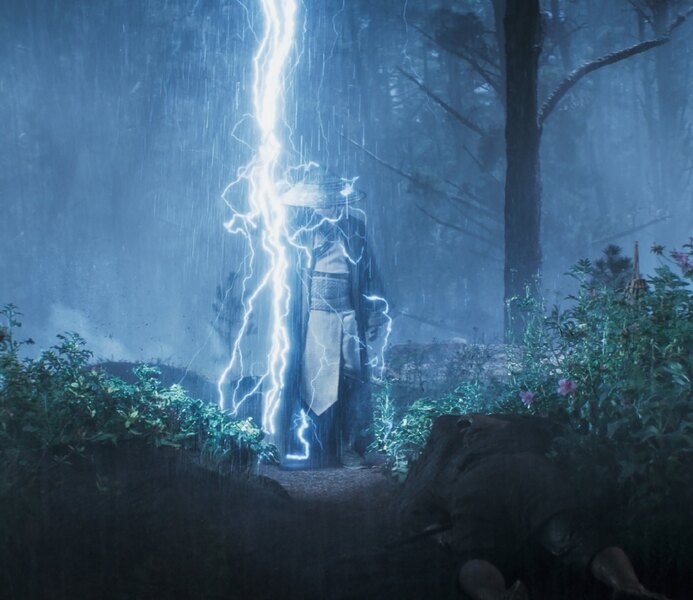 Maybe worth a matinee....

It should have Hard Violence and Blood!!!=^)

If not....I'll wait for the BluRay

I really just hope this does Mortal Kombat justice on the big screen (or for a lot of us recently small screen), I have been so excited for this and I just want to watch a good Mortal Kombat movie, I actually still once in awhile watch the old ones.. and ugh they get worse all of the time, it's such a cool franchise and so much potential to be an awesome film, I know they can do great things with MK because the Legacy series was cool and so was that short Rebirth film, so Just do what those guys were doing but on a bigger scale and I'm going to be happy.

I do hope this movie follows more of the games story. Its kind of weird they are adding in their own OC and hopefully not going to be the main character. We ll see how it goes, Im cautiously optimistic on this. The youtube show was pretty decent but derailed from the originals source material and designs to make it feel more realistic. It was good for what it was but wasnt the best that it couldve been.

Ludi Lin as Liu Kang is spot on!!!

Ludi Lin as Liu Kang is spot on!!!

What? No Johnny Cage? I guess this new character Cole plays that same role? AND he's probably going to be the hero of the story?Lame.

I'll probably leave this one for the Millennials and just enjoy mine. Fool that I am, I just don't need to see somebody get their spine ripped out to enjoy a flick.

Some of these don't look bad but it's too early to say if this will actually be something to watch.