Slugfest, the ten-part docuseries about the rivalry between comic book companies Marvel and DC will air on the Roku streaming service on December 24th.

The docuseries is narrated by Kevin Smith and is inspired by Reed Tucker’s book Slugfest: Inside the Epic, 50-year Battle Between Marvel and DC, and will include a history of the rivalry via interviews and re-enactments. Each episode dives into the unique story from the companies' rich and intermingled history that’s created a worldwide superhero phenomenon. 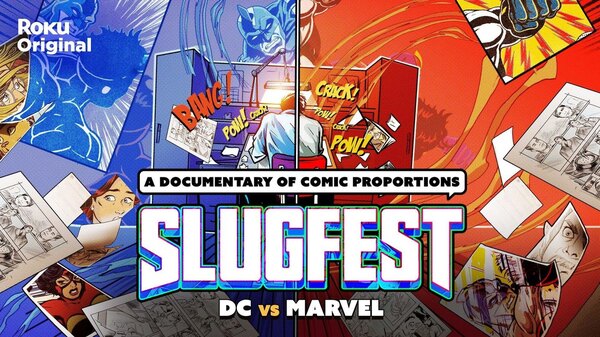 Sure ,you can enjoy whatever you like I was just giving my opinion.

Yes ,bats was cool because he was actually human with no real superpowers,but I never really liked superman simply because he seemed too perfect and godlike with no flaws . Most marvel hero's had weaknesses and personal issues that made them more vulnerable and thus the stories more believable.

Can't both be enjoyed?

I was mostly a marvel fan but when i bought all of those I would get the dc ,and pretty much everything else still on the rack .Archie was in my collection too . Still, I always thought marvel was more realistic than dc ,they dealt with societal issues in a way dc never really did back in those days. Marvel was adult reading, dc more simplistic good versus evil with no context or depth .