Produced by Warner Bros. Animation and DC, the R-rated animated film is being distributed by Warner Bros. Home Entertainment (WBHE) on 4K Ultra HD Blu-ray Combo Pack, as well as on Blu-ray+Digital, Blu-ray (only available in Canada), and Digital.

To celebrate the release of the highly anticipated title, WBHE is offering a sneak peek at a clip from an engaging bonus feature entitled Batman: The Long Halloween – The Evolution of Evil that accompanies Batman: The Long Halloween – Deluxe Edition. Clinical psychologist Dr. Drea Letamendi, the key voice in this clip that describes the commonalities across the film’s heroes and villains alike, is joined in the featurette by original comic writer Jeph Loeb, executive producer Butch Lukic, and screenwriter Tim Sheridan.
Image 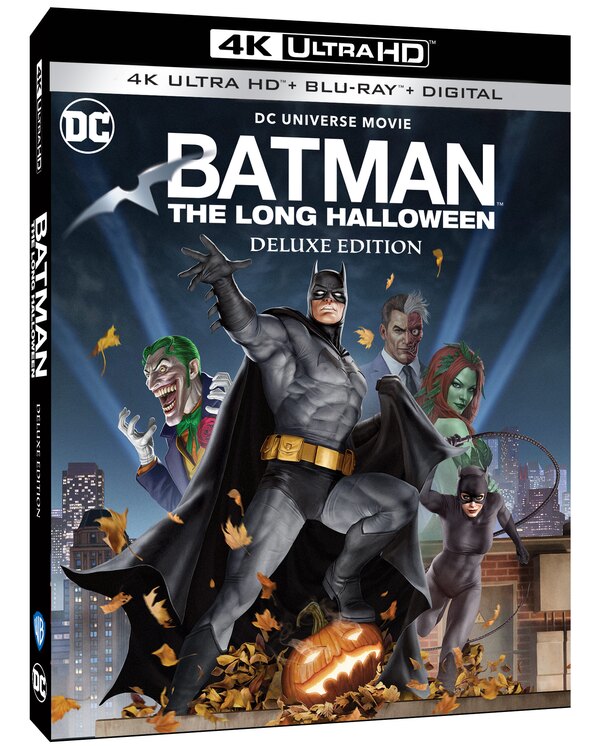