2017 San Diego Comic Con
by Jay Cochran
June 07, 2017
Gecco Corp. is very excited to announce that one of the most beloved characters from DARK SOULS series, Siegmeyer, is recreated as the exclusive statue for San Diego Comic-Con 2017 (July 20th~23rd). Gecco booth number is 4931. For those who cannot attend the show, limited amount will be distributed by their official distributor and the product will be shipped in the end of October, 2017.

It was entirely sculpted by hand, and the chainmail of the prototype seen under the armor was woven and produced in the same way as real armor, using small metal rings. The battle scars all over the body accumulated during his adventure are finely recreated with skillful sculpting and painting. The slit of the helmet is not simply filled, but actually sculpted like a real helmet, which allows you to see the never revealed Siegmeyer's face in the game.

For those not attending the convention, you can pre-order it now at BigBadToyStore.com.
Image 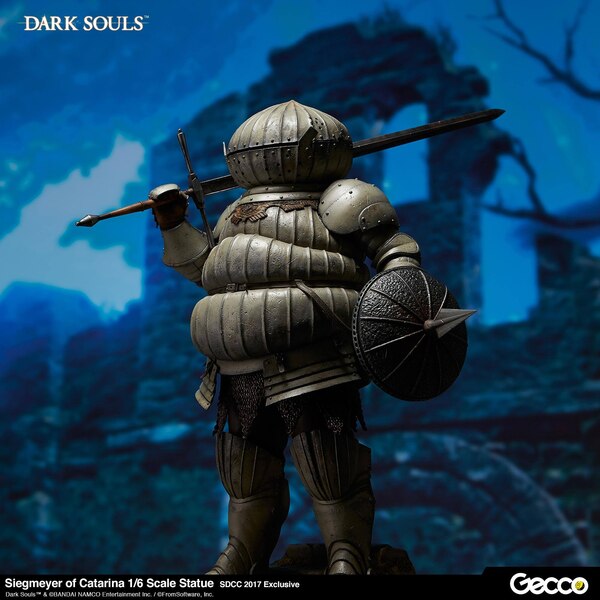