Fisher Price
by Jay Cochran
February 18, 2015
Saban Brands and Fisher-Price today announced a new line of Imaginext products, inspired by the iconic Mighty Morphin Power Rangers, for preschool-aged children coming to market summer 2015. The new toy line will include a range of figures, villains, weapons, Zords and a giant Megazord with multiple levels of play and 8 points of articulation. This epic Megazord also features a disc launcher, Ranger elevator, Command Center and villain jail, all in one toy. All products will be available exclusively at Toys "R" Us stores nationwide beginning May 2015, followed by a global rollout to additional retailers later in the year.

"Over the past two decades, the Power Rangers have proven to be a favorite in the hearts and imaginations of kids of all ages," said Elie Dekel, President of Saban Brands. "We are excited to bring the Power Rangers franchise to a preschool audience for the first time ever with the Imaginext brand. Fisher-Price truly understands the essence of immersive play for preschoolers and will bring the Power Rangers to life in a whole new way with this new innovative product line."

"Saban's Power Rangers has proven to be a powerhouse brand and kid-favorite for more than 20 years," said Steve LaBella, SVP of Marketing, Fisher-Price Preschool. "Today's parents actually grew up with the brand, and now we get to tap into Mighty Morphin Power Rangers nostalgia and debut an all-new Imaginext product line for this generation of preschoolers."

The 2015 Mighty Morphin Power Rangers Imaginext product line will include:

- Power Ranger Figure Pack Assortment: Add might to every Power Rangers battle with the Mighty Morphin Power Rangers figure packs. Young fans will love using these figures to re-enact scenes from their favorite TV show and movies, or creating new adventures of their own. Collect all the Rangers and combine their weapons to form the Power Blaster! Four packs available. MSRP, $7.49.

- Zords Assortment: Reenact Mighty Morphin Power Rangers battle scenes from the TV show or movies. Choose from three pairs of Rangers and their Zords. When it's time to battle, kids can use the Power Pad disc to activate the Zord! MSRP $14.99.

- Battle Assortment: It's up to young imaginations to figure out how the Mighty Morphin Power Rangers will defeat villains in the battle of the Red Ranger & T-Rex Zord and Goldar & Rita Repulsa (sold separately). Protect the earth with the Dinozord from Rita Repulsa and Goldar's evil forces. Turn the Imaginext Power Pads to activate battle features in both sets. The battle is sure to be morphenomenal! MSRP $24.99.

- Morphin Megazord: Unleash the fire power of the Imaginext Morphin Megazord on Power Rangers villains like the Putty Patrol! Use an Imaginext interactive Power Pad to transform the Megazord, opening his chest, lighting up his eyes, and "morphing" his knee into cannon. Under attack? Push buttons to fire Power Missiles. The adventure continues on back, with a jail cell, a place to meet with Zordon, an elevator – and lots of levels and platforms for figures to stand on. Kids can even place a figure in the Megazord's head! With so much to do, imagine the adventures your little fans will create (or recreate) for their favorite Power Rangers characters and villains. MSRP $59.99.

The Power Rangers franchise is helmed by Haim Saban, who created and produced the original Mighty Morphin Power Rangers series in 1993.
Image 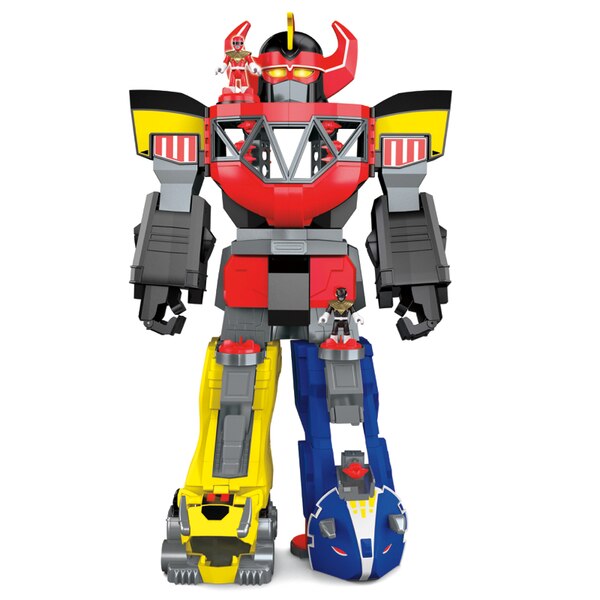 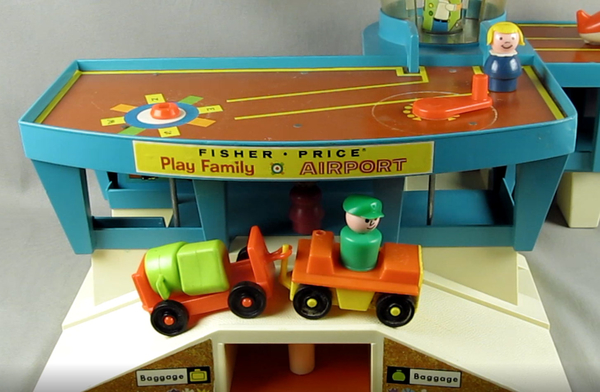 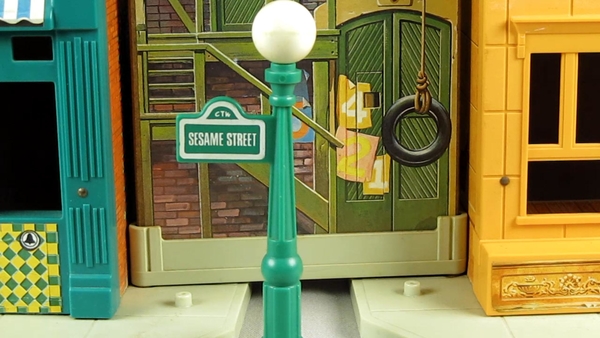 A Look Back At Fisher Price Little People Toys - Part 1 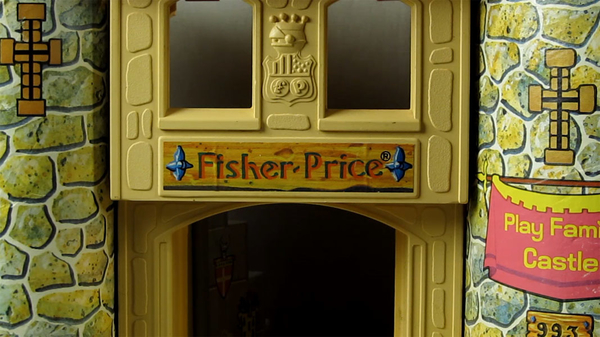 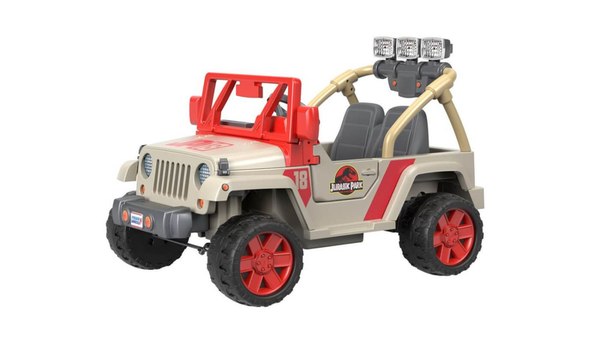