Beast Kingdom
by Jay Cochran
December 07, 2021
One of the most ruthless villains in the DC Universe and the main antagonist of ‘Zack Snyder’s Justice League’ is none other than Darkseid himself, the ruler of the nightmare world ‘Apokolips’!

Debuting in 1970, DC’s supervillain Darkseid has become a staple of the comics all the way to his recent onscreen introduction by Zack Snyder. A powerful intergalactic being, his Omega effect beams are a mighty weapon, which he can blast from his eyes. Powerful enough to defeat even Superman, he is one force to be reckoned with! His imposing rock like appearance brings fear to the masses, and his ultimate goal is destroy all free will from the universe, reshaping it into his own design! In his years battling the many heroes of the DC universe he has crossed paths with Justice League many times creating fascinating and often exciting stories!

Beast Kingdom proudly introduces the DAH-062 Darkseid for collectors to display next to the many DAH Justice League characters that have been launched by the ‘Entertainment Experience Brand’.

With 20 points of highly articulable joints, the figure set comes with a host of accessories and Omega effects that will give the Justice League the ultimate challenge. Included are two replaceable head sculpts (angry and regular) with LED-lights in the eyes, four pairs of replaceable hands, including one extra special effect energy fist, and a host of add-on Omega effects to really showcase the powerful villains weaponry! 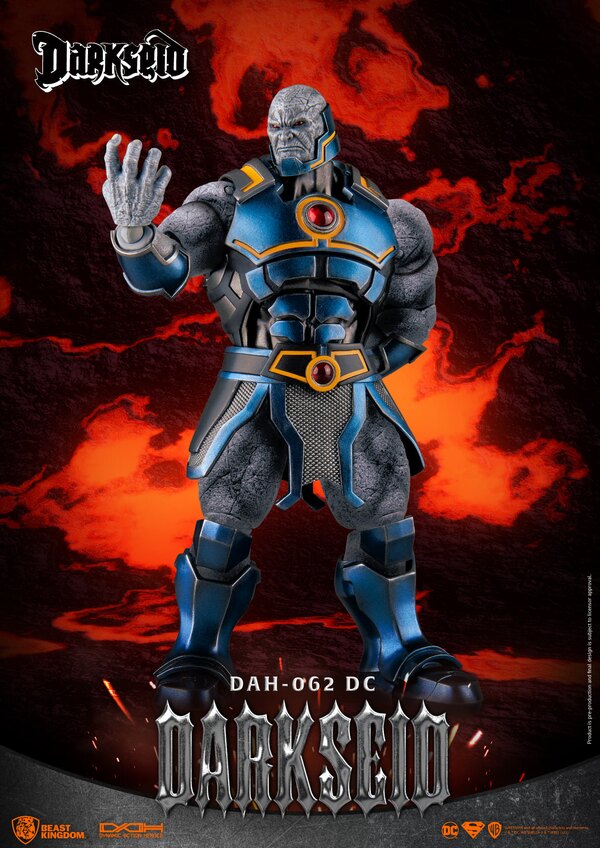 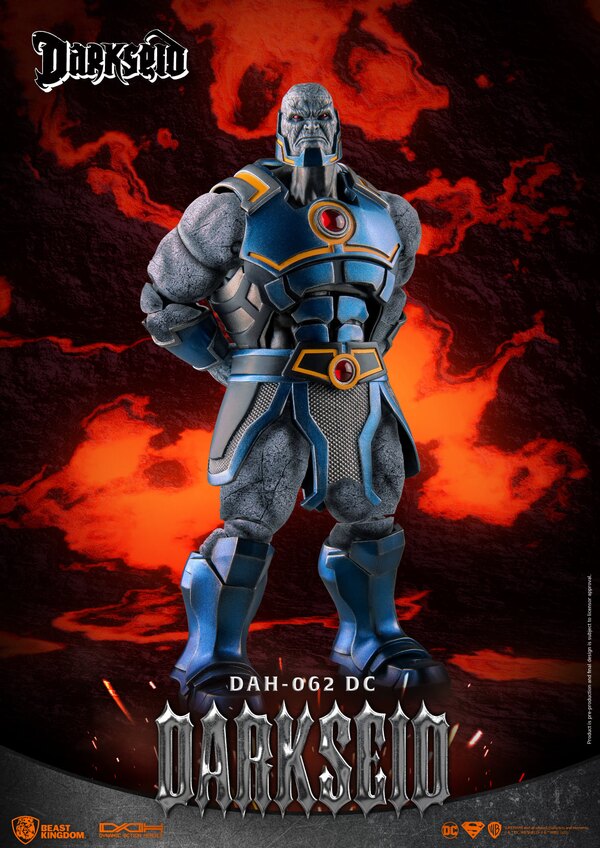 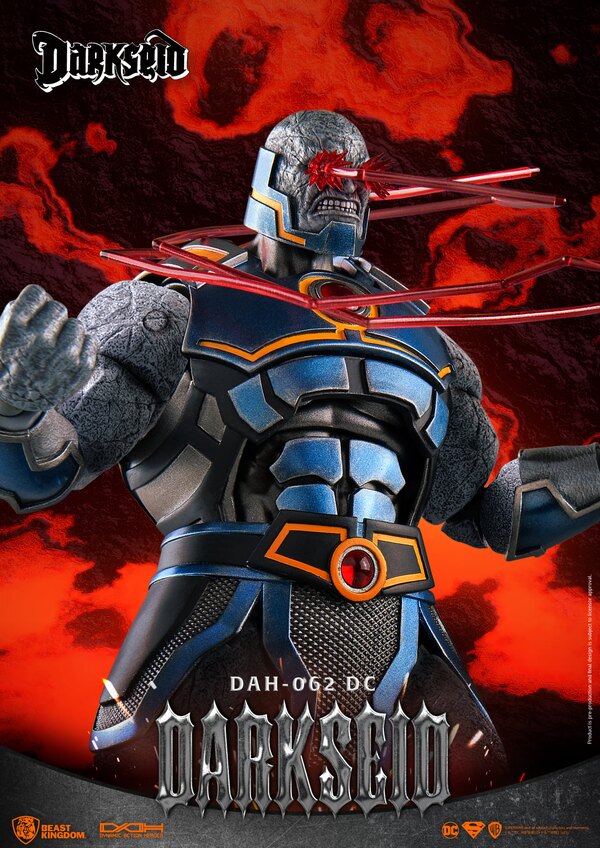 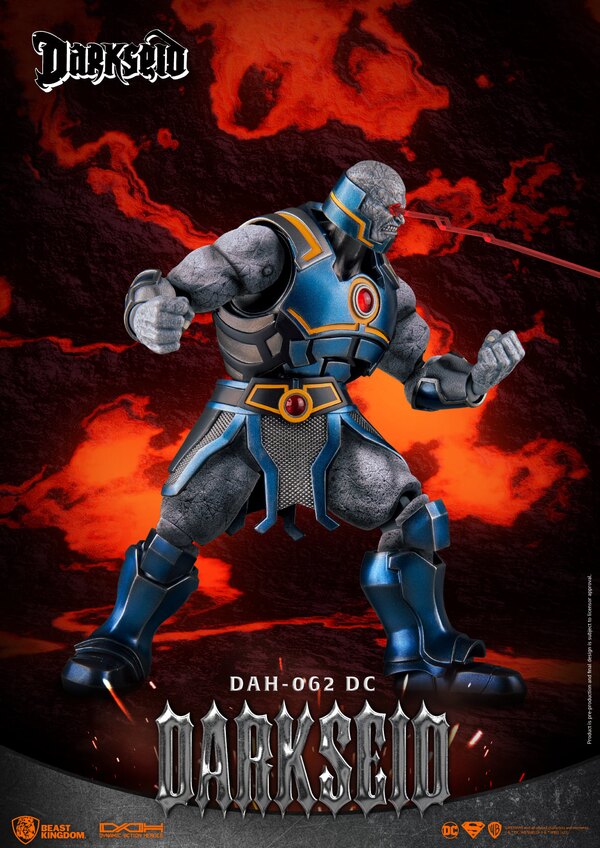 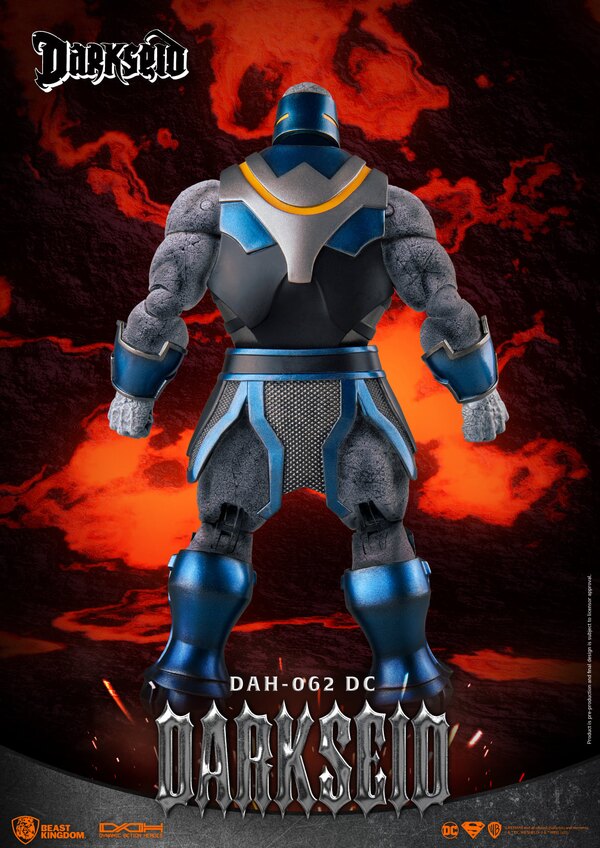 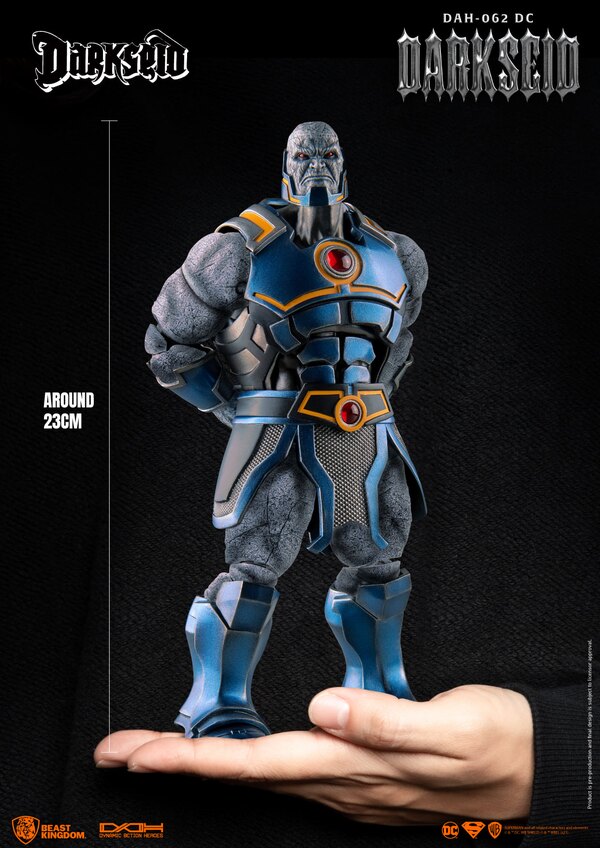 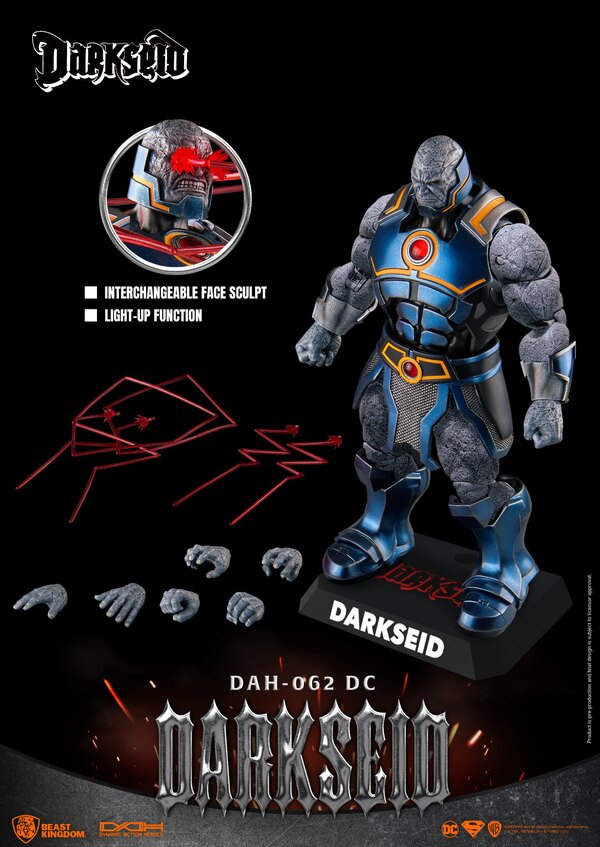 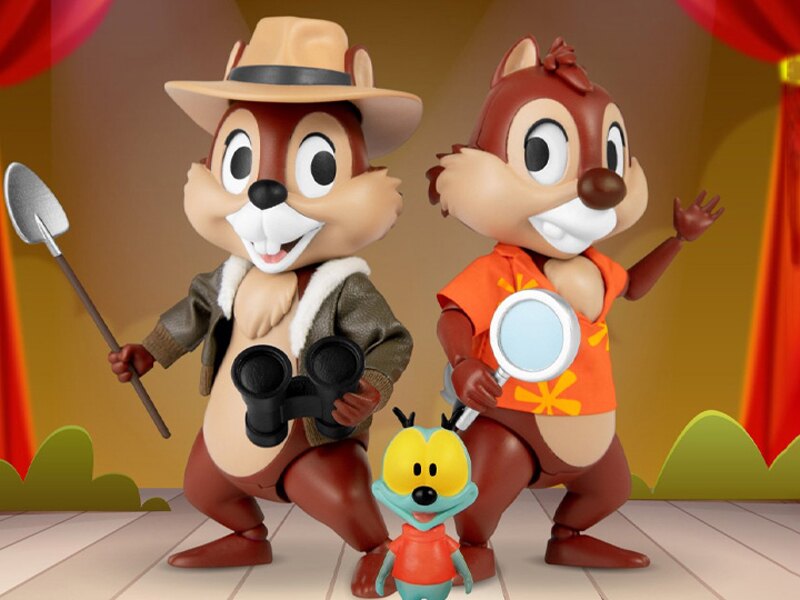 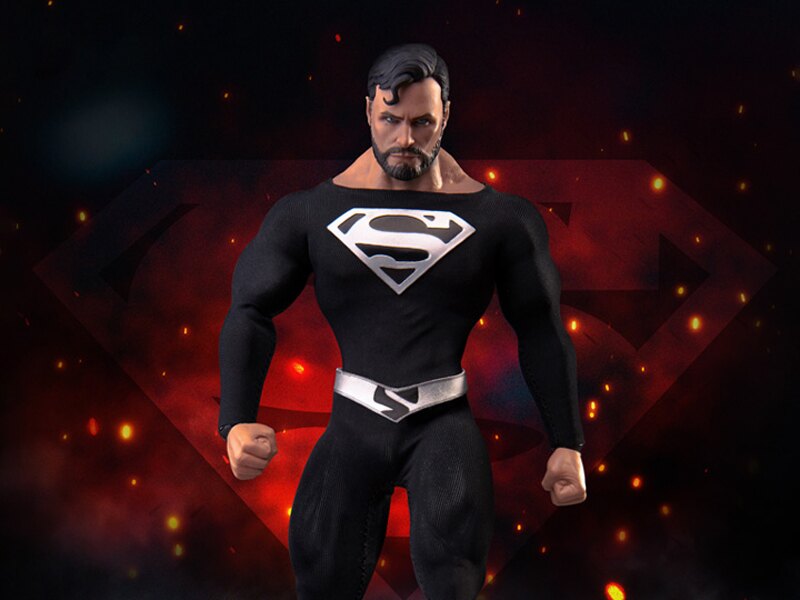 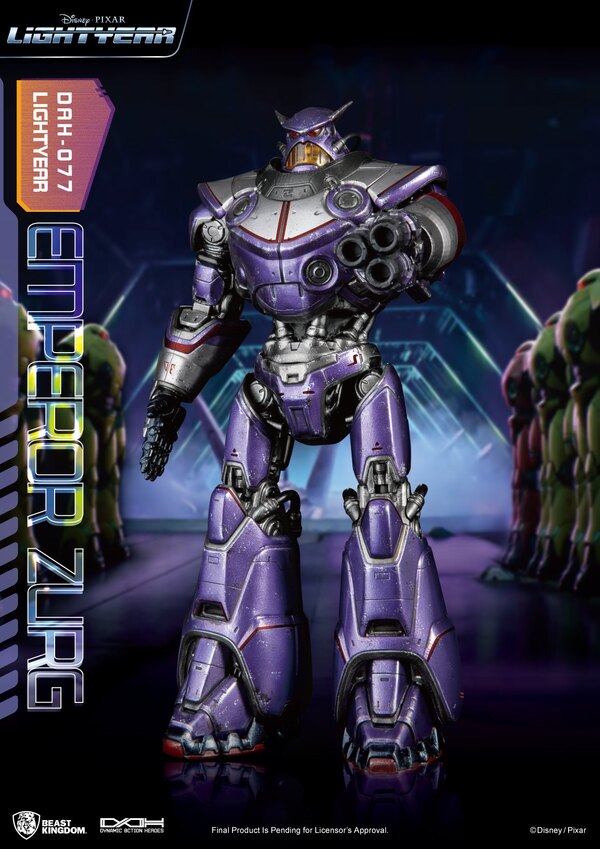 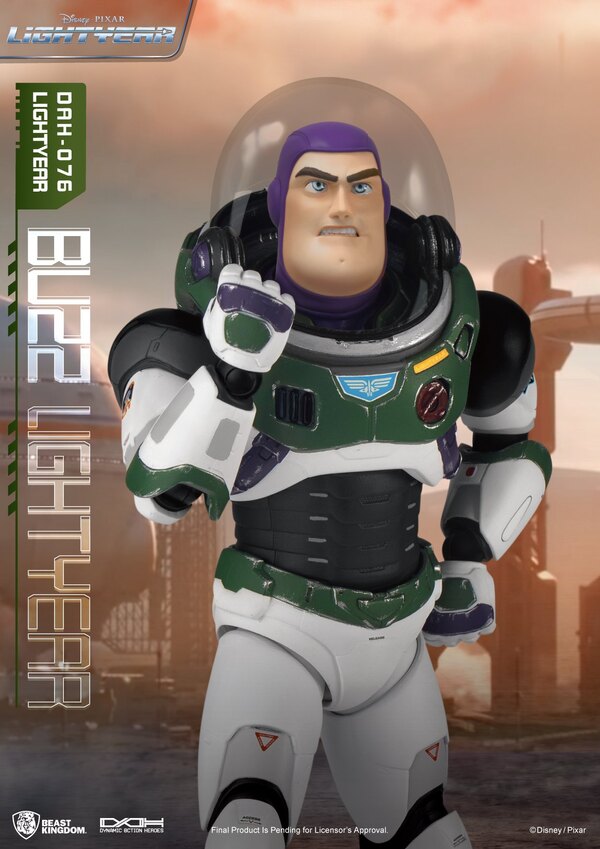 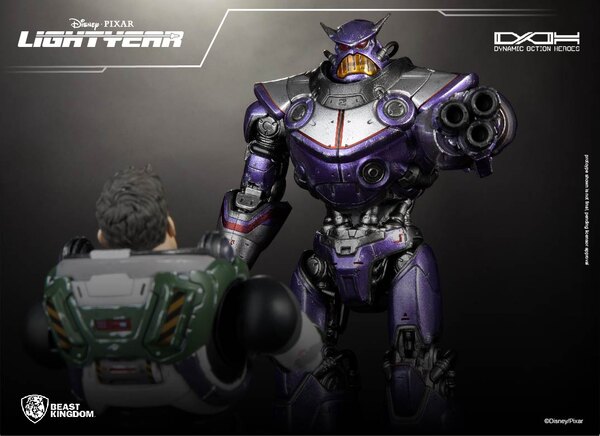