Two Iconic Titans To Clash Onscreen And At Retail With GODZILLA VS. KONG Global Programs

2020 Toy Fair
by Jay Cochran
February 20, 2020
As excitement builds for the November 20, 2020, release of Legendary Pictures and Warner Bros. Pictures’ epic action adventure Godzilla vs. Kong, Legendary and Toho Co. Ltd. have announced an exciting slate of licensees that will deliver a diverse offering of merchandise and experiences to fans as they gear up to see two of cinema’s biggest icons battle it out on the big screen. International toy titan Playmates has been named master toy partner, with forthcoming products themed to Godzilla vs. Kong, as well as additional product lines inspired by Legendary and Warner Bros.’s Monsterverse and Classic Toho Monsters.

“Kong and Godzilla permeate every aspect of pop culture, and we are excited to bring them back to the forefront of the zeitgeist with our best-in-class partners,” said James Ngo, Executive Vice President, Franchise Management, at Legendary Entertainment. “We are also working to expand this program into gaming, fashion, sports, food & beverage and more in order to create additional entry points for fans to engage with these two larger-than-life titans.”

“Godzilla has become a beloved international figure since its first film nearly 65 years ago,” said Keiji Ota, Chief Godzilla Officer (CGO) of Toho. “We’re thrilled to work with these companies to bring the awesome power of Godzilla vs. Kong to life with toys and products for kids of all ages.”

Additionally, the Godzilla vs. Kong publishing program, which is being rolled out by Legendary Comics, will include two graphic novels, an art book, novelizations, and children’s books, offering fans a chance to delve deeper into the adventures of the great Godzilla and mighty Kong.

About Godzilla vs. Kong:
On November 20, 2020, comes the epic next chapter in Legendary Entertainment and Warner Bros. Pictures’ cinematic Monsterverse, Godzilla vs. Kong, starring Alexander Skarsgĺrd, Millie Bobby Brown, Rebecca Hall, Brian Tyree Henry, Shun Oguri, Eiza González, Julian Dennison, Lance Reddick, with Kyle Chandler and Demián Bichir, under the direction of Adam Wingard. In a time when monsters walk the Earth, Godzilla vs. Kong explores humanity’s fight for its future as the titans are set on a collision course resulting in a spectacular battle for the ages. Fans can join the conversation by using the official hashtag: #GodzillavsKong on social media.
Image 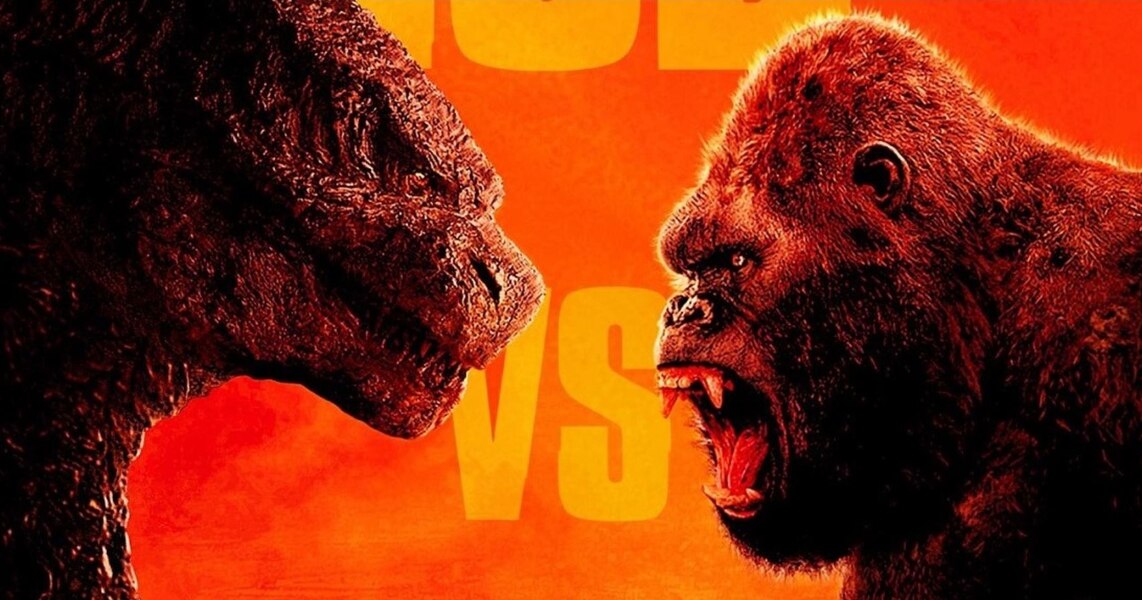 I say put it in the contract that Kong wins. I mean he is a king after all. And I think more popular with the residents of Monster Island last I heard. Not to mention my cousin on my moms left side. And Skull island was way better that any of the god zilla movies. Just ask Satam. thanks

I really hope this movie is better than the 2014 and 2019 Godzilla movies. I liked Kong: Skull Island, but mostly because of John C. Reilly. It's gotta be better than the old Toho Godzilla vs King Kong movie, right? Right?

Not even fair, Godzilla was huge!!! plus and atomic nuke blast...

Kong was big, but not that big.

Two Iconic Titans To Clash Onscreen And At Retail With GODZILLA VS. KONG Global Programs