The Commander demands annihilation! COBRA's horrific war escalates and the Joes are fighting for their lives in the killing fields. The new Cobra Commander unleashes weapons of unimaginable horror in a scorched earth strategy that will turn the Southeast Asian country of Nanzhao into a lifeless wasteland. Will the Joes stand or run? You already know the answer to that one, don't you?
FC 32 pages $3.99

The Commander demands satisfaction! COBRA's war on a helpless sovereign nation roars toward its conclusion. Snake Eyes is alone against the Red Ninjas led by Storm Shadow in the Temple of the Bells as weapons of mass destruction fall over Nanzhao. The Joes are in jeopardy at a border crossing against a squadron of B.A.T.s. Storm Shadow offers Snake Eyes a devil's deal; the key to the heart of COBRA. Will the most dangerous Joe accept?
FC 32 pages $3.99

"COBRA COMMAND" CONCLUDES! This is it-the final battle as the JOEs struggle to survive. Everything changes here! Who lives-who dies-who wins? The answers aren't what you expect, and the foundation for the future of G.I. Joe starts here!
FC 32 pages $3.99

Bullet points:
The G.I. JOE status is irrevocably changed!
The Future of the JOEs and COBRA starts here!

It's pure pandemonium, as three sides rush to track down the leader of the Blue Ninja menace. Can Cobra Commander, Snake Eyes and Baroness find a way to aid each other in their quest for vengeance? Or will their animosity toward each other give their common enemy the upper hand? Tension runs high as the Blue Ninja threat escalates in G.I. Joe: A Real American Hero #176!

G.I. JOE: Snake Eyes, Vol. 2: Cobra Civil War
Chuck Dixon (w) Alberto Muriel (a) Robert Atkins (c)
COBRA CIVIL WAR infects the world! The Joes are struck by a pandemic released by Cobra madman Rodrigo Vargas and it gets personal as Duke is one of the infected. Snake Eyes' only hope is to find Vargas, but as Duke slowly worsens, can Snake Eyes help save his fellow JOE in time?
TPB FC $17.99 104 pages ISBN 978-1-61377-159-4

Bullet points:
"The Cobra Civil War storyline is bringing out some of the best G.I. JOE stories in quite some time. The stakes are much higher and you'll never know how your favorite JOE or COBRA member is going to come out of it by the end." -Comicattack.net

THE PREQUEL TO THIS SUMMER'S MOST ANTICIPATED MOVIE STRIKES AGAIN! Snake Eyes-a deadly ninja. Roadblock-an unparalleled commando. Now's the time for them to match skills and throw down. Who'll win in this battle of fighting styles? It's no holds barred brawling with the bad guys in the middle-plus, new secrets of Snake Eyes and Storm Shadow are revealed!
FC 32 pages $3.99

Cobra has always had a penchant for dark experiments. This time they've gone too far and opened a portal to a realm of violence and madness. As squadron after squadron of Cobra Vipers falls under the thrall of the Elder Gods there seems no way to stop the hideous transformations that are taking place. The only hope lies in a group of already-insane Cobra agents... and a Joe named Snake Eyes!

Unspeakable madness seeps out of the portal Cobra has opened, and it threatens to take over the entire Cobra base... and then spread across the globe! The only hope for survival lies in an unusual alliance between Snake Eyes and master-of-the-occult Crystal Ball. And who knows what role Storm Shadow will play! Pulse pounding horror excitement awaits!
FC 32 pages $3.99 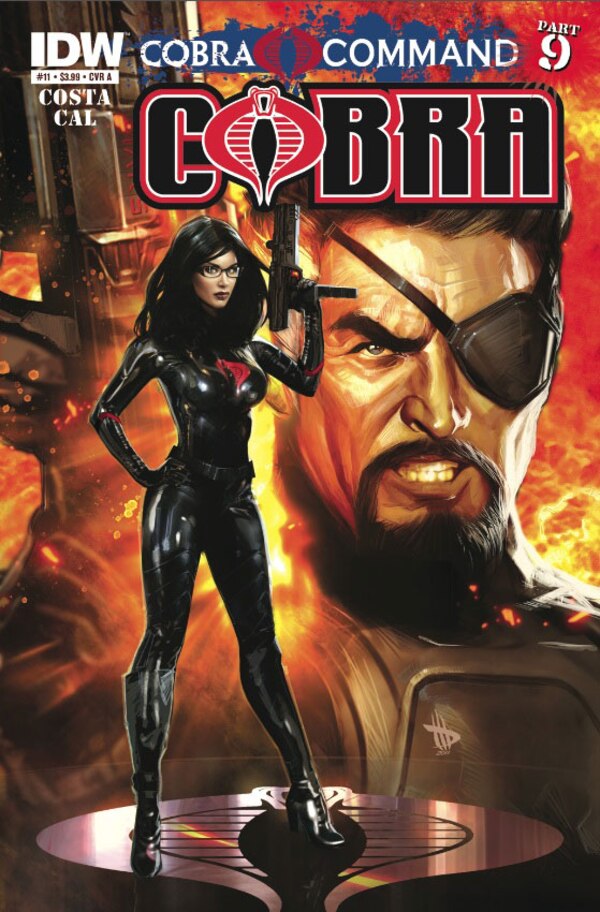 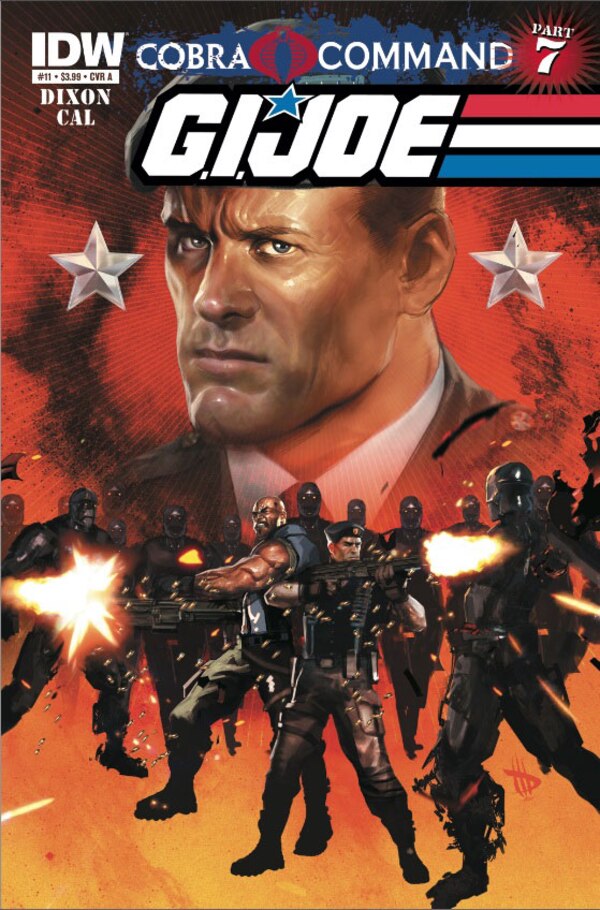 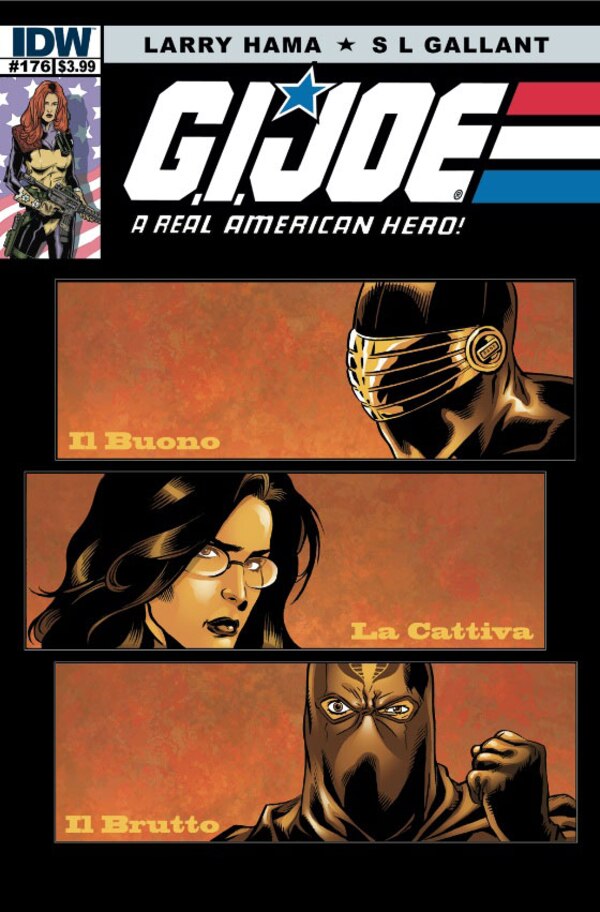 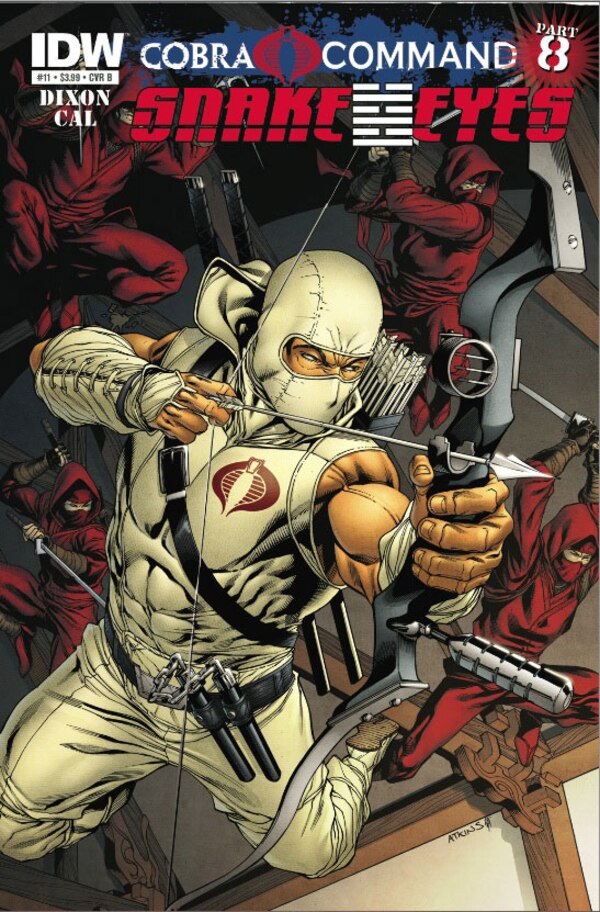 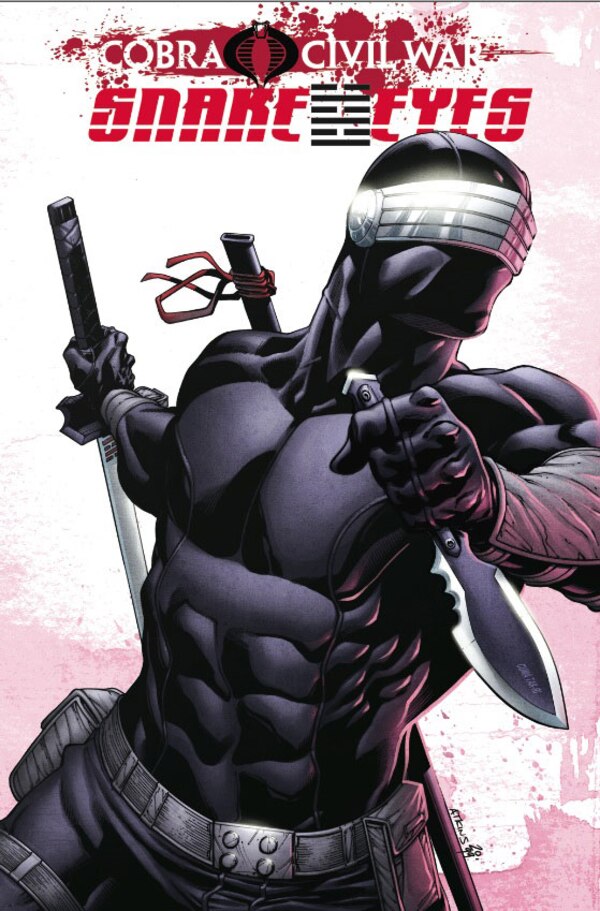 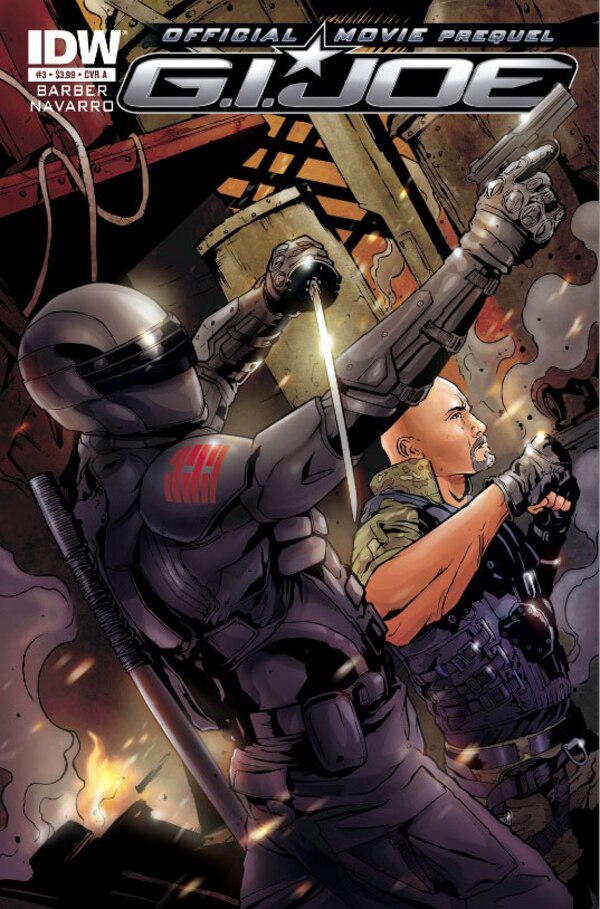 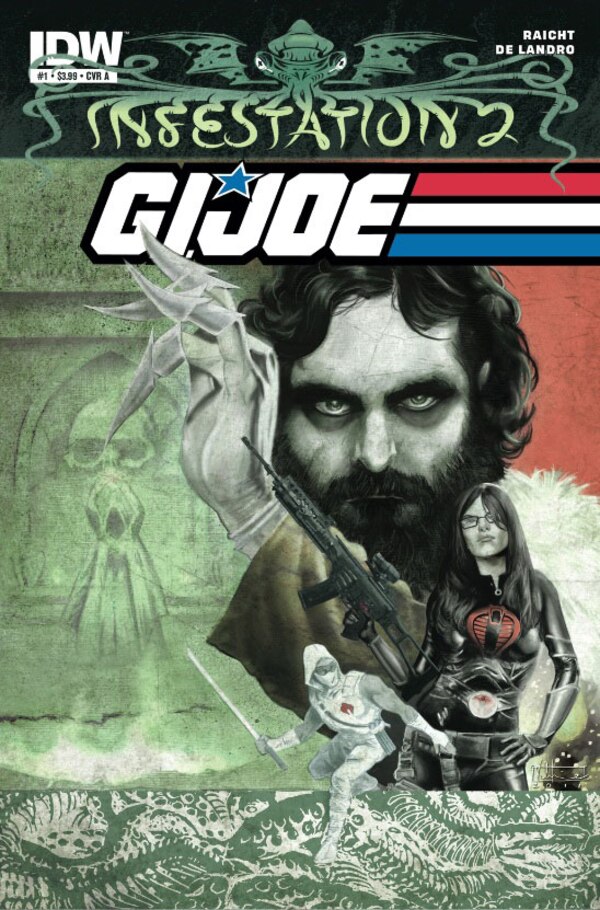 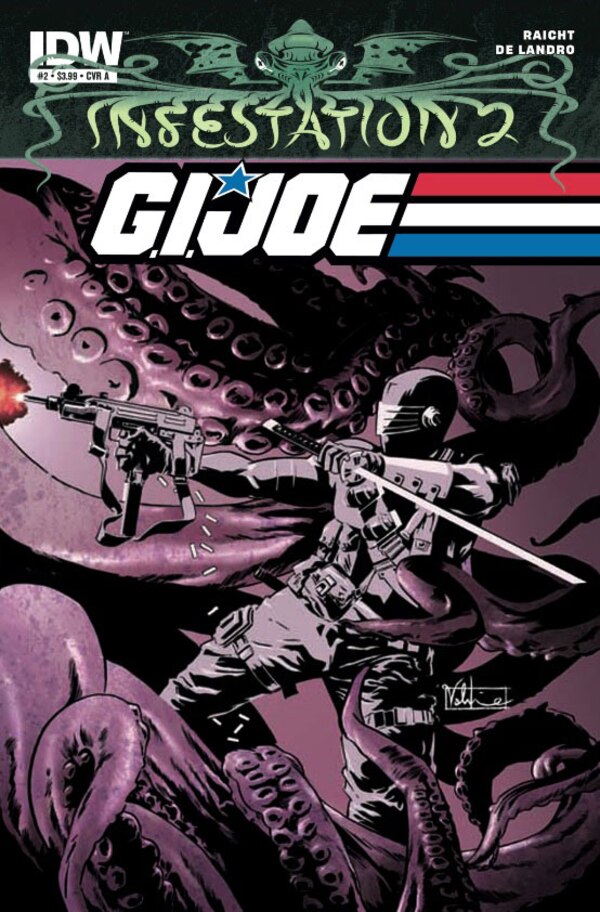